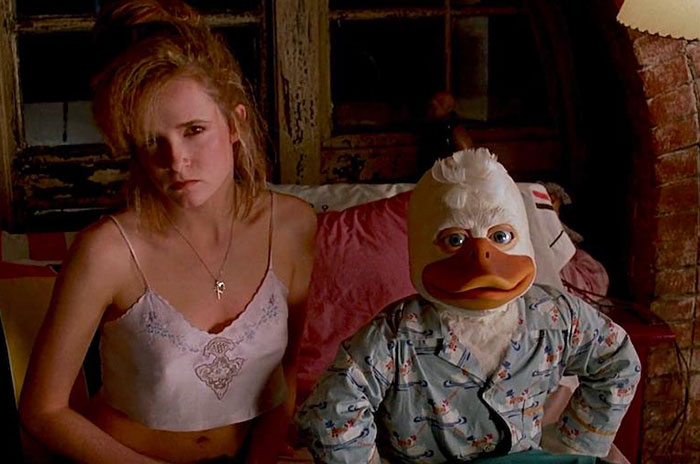 Howard the Duck premiered over 30 years ago and followed the misadventures of an intergalactic, anthropomorphic duck who accidentally is transported to Cleveland, Ohio.

Howard puffs cigars, fights the bad guys, and works with a struggling musician and a janitor while trying to find a way home.

It’s a quirky, campy, comedy-filled ride that marked one of Marvel’s first ever cinematic releases before it would eventually grow into the cinema colossus it is today.

The film grossed approximately $38 million worldwide compared to its budget of $36 million, becoming a legendary flop despite the merits of the cast and crew including highly acclaimed George Lucas as executive producer.

Although critics and audiences almost universally criticized the campiness, creepiness, and dramatic tonal shifts, a cult following developed advocating the film as an underappreciated classic.

Howard the Duck makes a cameo in 2014’s Guardians of the Galaxy, sparking rumors that a remake or reboot is in the works with Marvel. There is no official news from Marvel regarding Howard the Duck at this time.

So where is the cast of Howard the Duck now? Read on and find out! 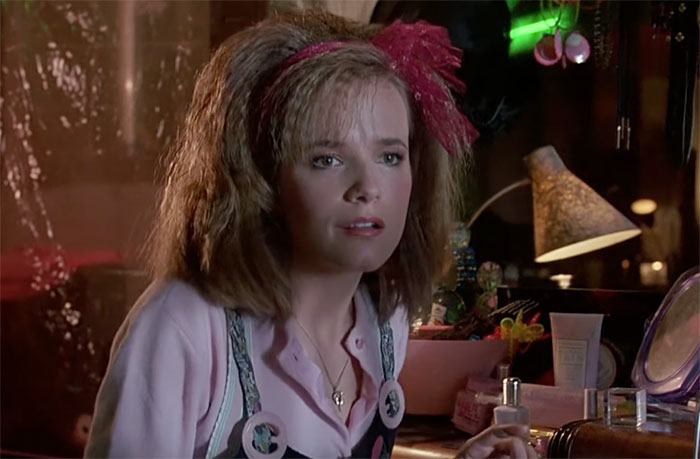 Lea Thompson stars in Howard the Duck as aspiring rock star Beverly Switzler, but her most notable role was Lorraine Baines-McFly for all three Back to the Future films between 1985 and 1990. Thompson then was featured in a slew of family friendly flicks like Dennis the Menace and The Beverly Hillbillies in 1993.

In the late 90’s, Thompson swapped her silver screen resume for work on the small screen, starring in a 4-season run of Caroline in the City on NBC from 1995 to 1999. Between 2011 and 2017, she co-starred in an ABC Family sitcom Switched At Birth. 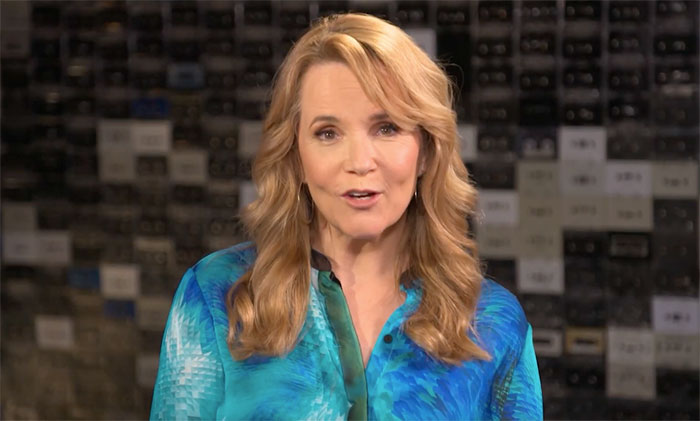 Thompson remains active in the entertainment industry and appears occasionally in TV and film as supporting characters. In her personal life, she is married to film director Howard Deutch with whom she now has two adult daughters, Madelyn and Zoey. 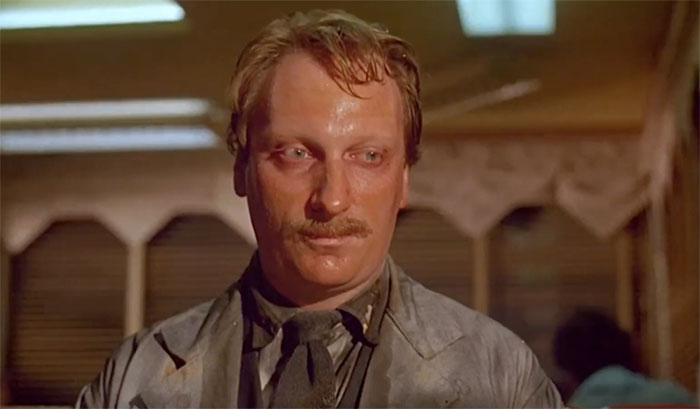 Iconic 80’s villain-typecast Jeffrey Jones boasted an impressive resume at the time Howard the Duck was filmed, including roles in Ferries Bueller’s Day Off, Beetlejuice, and Amadeus. Jones would go on to appear in many other films and TV shows including Sleepy Hollow, Stuart Little, Dr. Dolittle 2, and HBO’s western drama Deadwood.

Unfortunately, his career came to a screeching halt in the early 2000s when he was accused by a minor and charged with a number of criminal offenses. While the charges were reduced or dropped following a “no contest” plea by Jones’ attorney, Jones was required to undergo five years’ probation, counseling, and register as a sex offender. 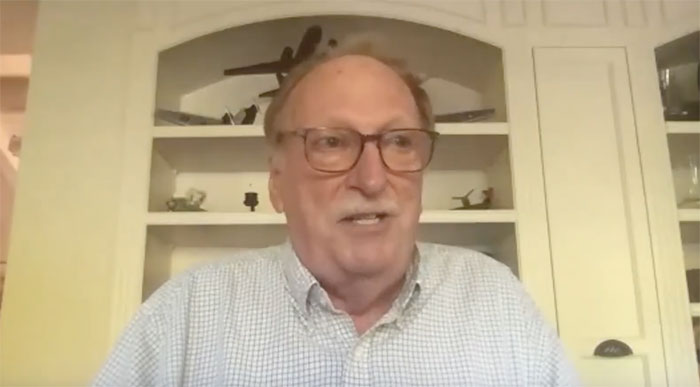 Jones has been arrested twice since 2003 for his failure to properly update his status as a sex offender. 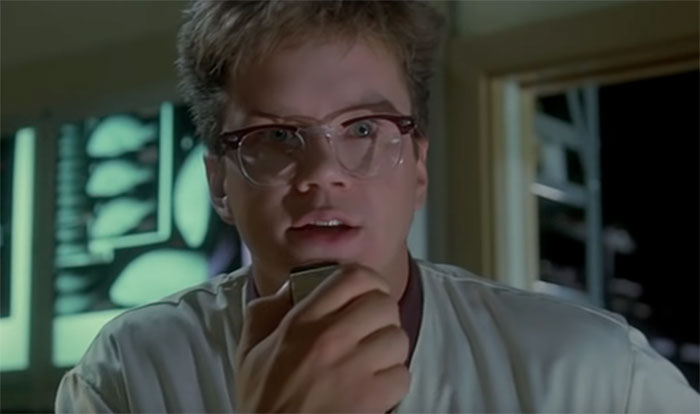 Tim Robbins is the debatably the most accomplished standout from Howard the Duck, moving past the cheeky comedy sci-fi flick onto movie masterpieces like The Shawshank Redemption. His career as an actor is extensive, and he has won an Academy Award and two Golden Globes. He remains active as an actor, director, and producer. 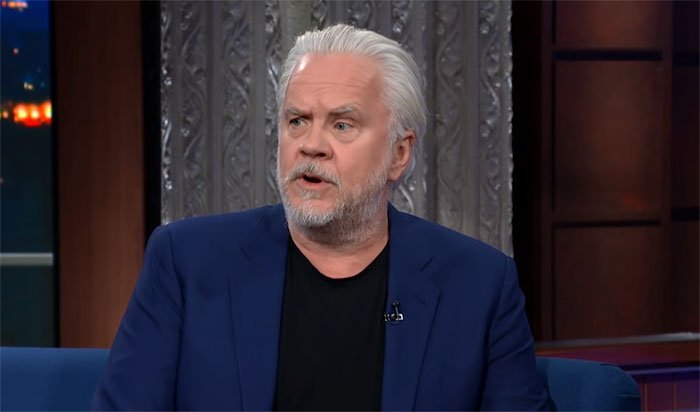 In his personal life, Robbins famously dated actress Susan Sarandon from 1988 to 2009, during which time they had two sons who are now adults. Robbins would eventually marry Gratiela Brancusi in 2017 and seek to keep the arrangement under wraps until it went public in January 2021, ironically because he was filing for divorce.

Today, Robbins is in a relationship with director/cinematographer Reed Morano. 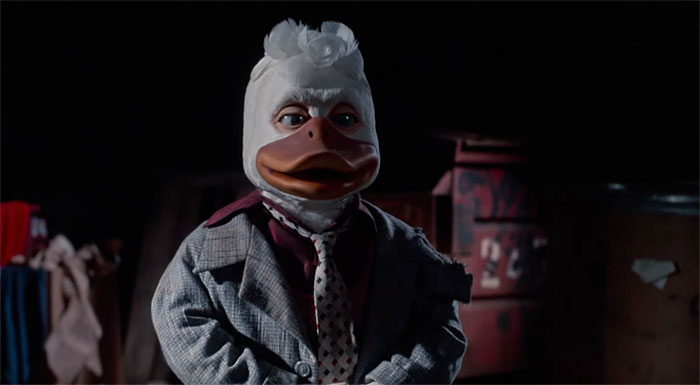 Although George Lucas wanted a CGI Howard for the film, technology could not manage the task at the time the movie was filmed and so an elaborate costume-puppet hybrid was built. Many of Howard’s features were controlled by remotes and computers, but the suit required an actor. Of the many dwarf actors and children hired to wear the Howard suit, Ed Gale was the main one and billed as “Howard” in the end credits. 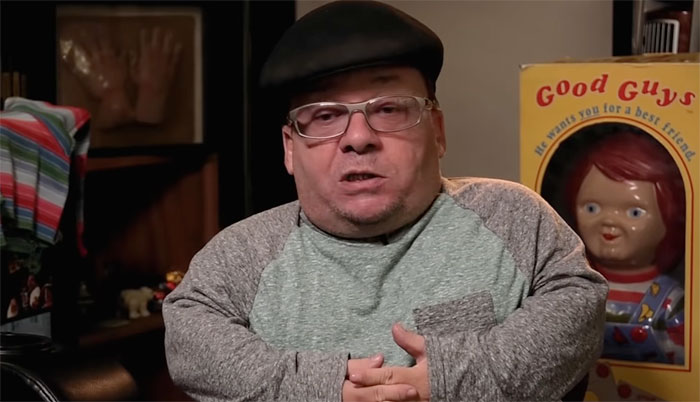 The role launched Gale into many more despite the complete box office failure of the film. Gale went on to feature in films such as Spaceballs, The Jungle Book, O Brother, Where Art Thou?, and Child’s Play as the iconic murder-crazed “Good Guys” doll, Chucky. Gale would reprise his role as Chucky in a sequel and Bride of Chucky later on.

He remains active in TV and film as one of the most established dwarf actors of all time. 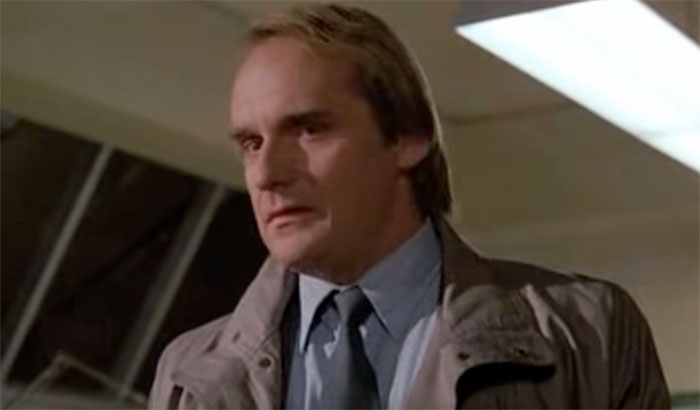 Paul Guilfoyle made his film debut as Lieutenant Welker in Howard the Duck. Luckily, the role did not immediately tank his career and he went on to feature in films like Beverly Hills Cop II, Wall Street, and Mrs. Doubtfire. More recently, Guilfoyle was a regular cast member on popular CBS crime drama CSI: Crime Scene Investigation as Captain Jim Brass. He remains active in TV and film today. 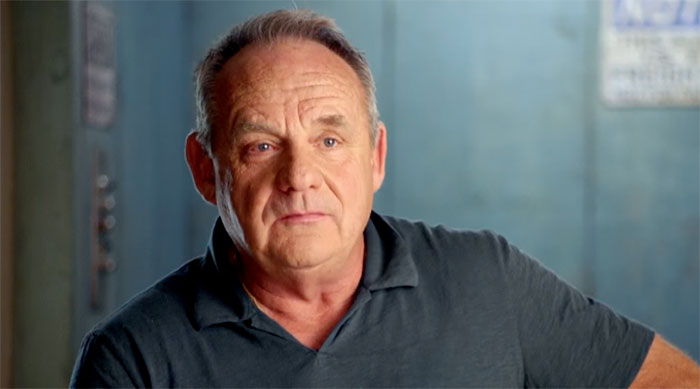 In 1989, Guilfoyle married Lisa Giobbi, a choreographer and aerial artist. The two live in New York and have one child together. 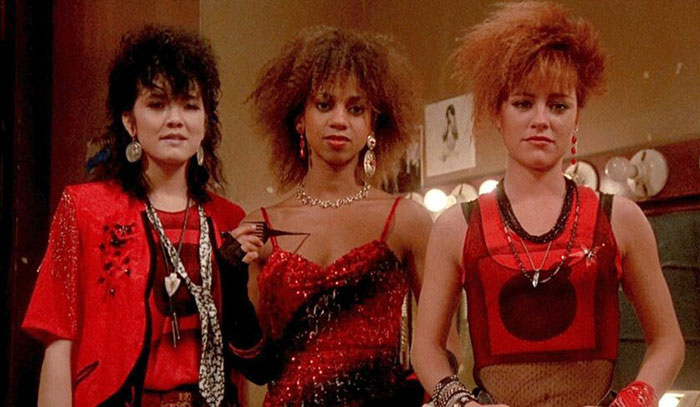 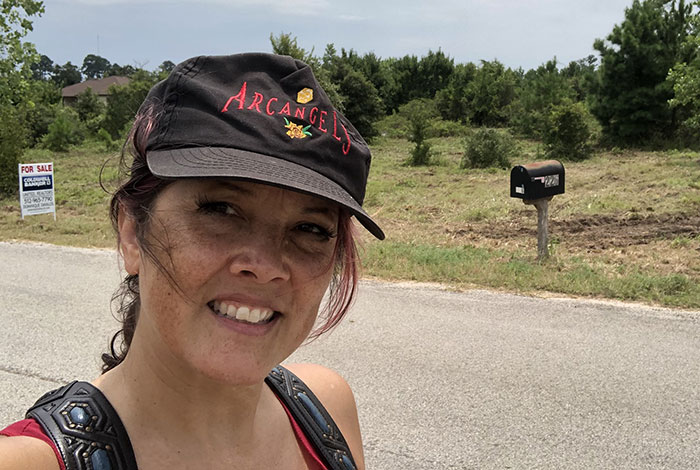 Davalos was featured in very few films beyond Howard the Duck, but her music career continued well into the 2000s and 2010s. Her discography includes work with The Delphines, Drag, The BlueBonnets, SuperEtte, and Dogs and Diamonds. All of her acts combined have created 10 studio albums total.

She currently is the singer-songwriter of Dogs and Diamonds, an all-female rock band, in Austin, TX.

Holly Robinson Peete also made her film debut in 1986’s Howard the Duck as Beverly’s bandmate, K.C. Peete’s career following the film has been as diverse as it is successful, including roles as an actress in both TV and film, talk show host, producer, singer, and children’s book author.

Of her many roles and achievements, her most notable include 21 Jump Street, Hangin’ with Mr. Cooper, and For Your Love. Her children’s book, My Brother Charlie, received two awards in 2011 and 2012. 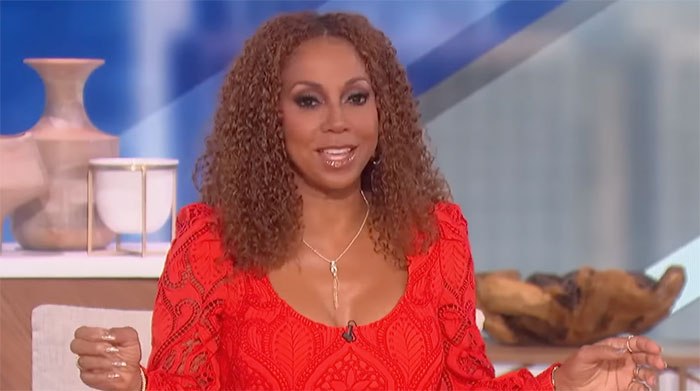 In 2016, Oprah Winfrey’s network premiered a reality show following Peete, her husband and NFL quarterback Rodney, and their four children. The show was called For Peete’s Sake and was canceled after two seasons.

Liz Sagal was another member of Cherry Bomb, Lea Thompson’s fictional band in the film, and enjoyed very few roles as an actress following the film. She remained in the entertainment industry working as a writer and has worked on shows such as Monk, Charmed, and Mad About You. Most recently, she has written for Netflix series’ Lost in Space and the immediately canceled Cowboy Bebop starring John Cho. 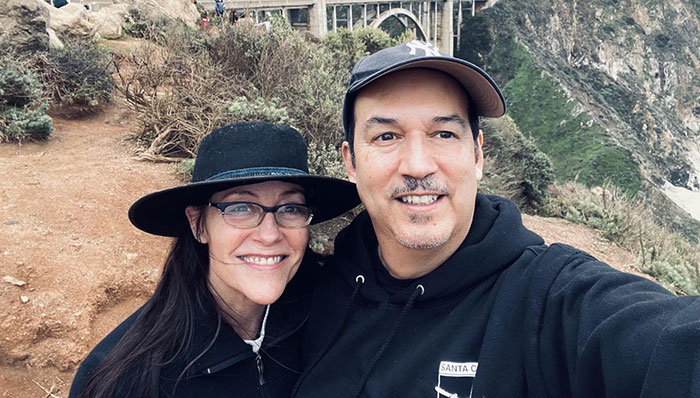 Sagal comes from a family of entertainment industry professionals. Her father was a TV director, her stepmother was a dancer and actress, and her older sister Katey Sagal remains an actress in the industry, known for her roles on Married With Children, Sons of Anarchy, Shameless, and the voice of Leela from Futurama. She also has a twin sister, Jean Sagal, who is also an actress. 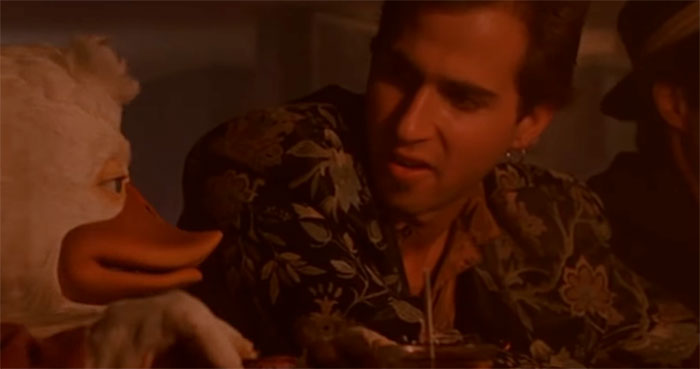 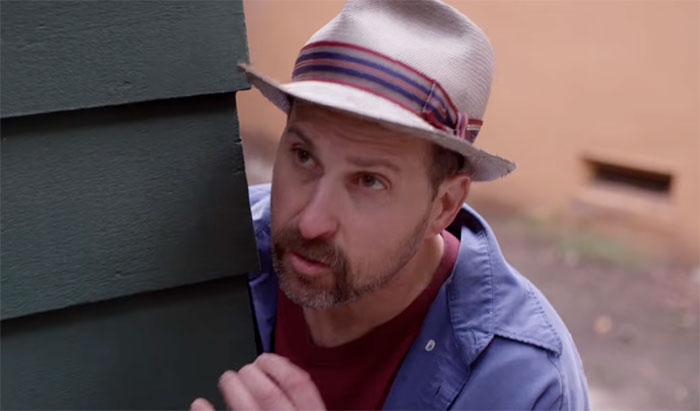 Unfortunately, Swerdlow struggled extensively from a heroin addiction which resulted in open-heart surgery in 2007. He has since gotten sober and created 2017’s A Thousand Junkies, a comedy-drama based loosely on his experiences. Swerdlow stars and makes a directorial debut on this film. 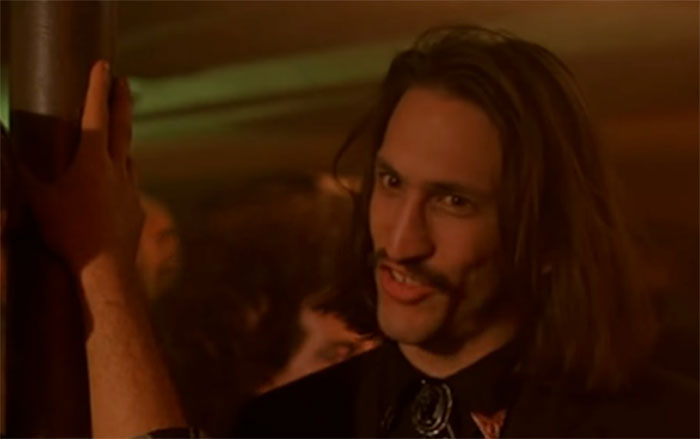 Richard Edson is one of those actors that when you’ve seen him, you know you’ve seen him, even if you can’t remember his name. He has been featured in more than 35 movies including Howard the Duck, but also including Ferris Bueller’s Day Off, Stranger Than Paradise, Platoon, Good Morning, Vietnam, and 1993’s Super Mario Bros. 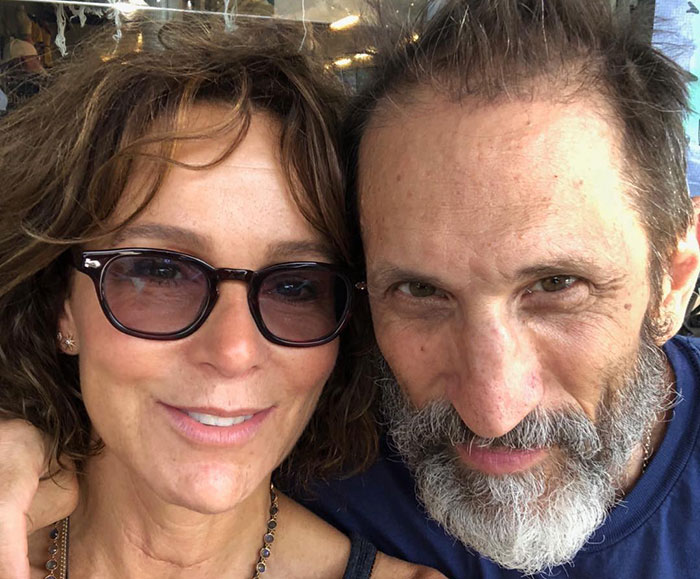 Beyond acting, Edson is an accomplished musician who played trumpet and/or drums in various bands throughout the 1980s. Most notably, Edson was the original drummer for famous post-punk pioneers Sonic Youth, departing the band shortly after their eponymous debut in 1982.

Miles Chapin acted occasionally following Howard the Duck, but worked primarily as a sales consultant following the film. He is a descendent of Harry E. Steinway, founder of Steinway & Sons piano company, making his involvement in the business a family affair.

Chapin has authored two books, acted in an occasional TV episode, and remains active as a sales consultant for his family business.