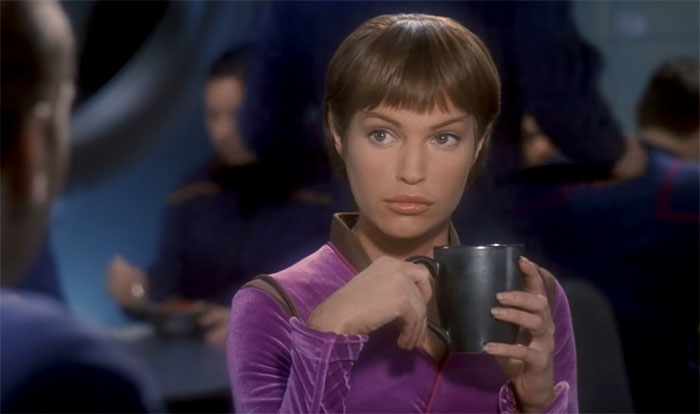 Jolene Blalock was born in San Diego, California, on March 5th, 1975. She is an actress and model who was active in film and television from 1998 to 2017. Her best-known role was as the Vulcan T’Pol in Star Trek: Enterprise.

She was raised in San Diego with her three siblings and spent her youth practicing art and surfing. At 17 years old, she left home to model in Europe and Asia. Among her modeling accomplishments were cover appearances in many men’s lifestyle magazines in addition to being featured in Maxim’s “Girls of Maxim” gallery. She also posed clothed in Playboy in 2002 and was later featured in their “20Q” profile in February 2005.

What was Jolene Blalock’s early career? 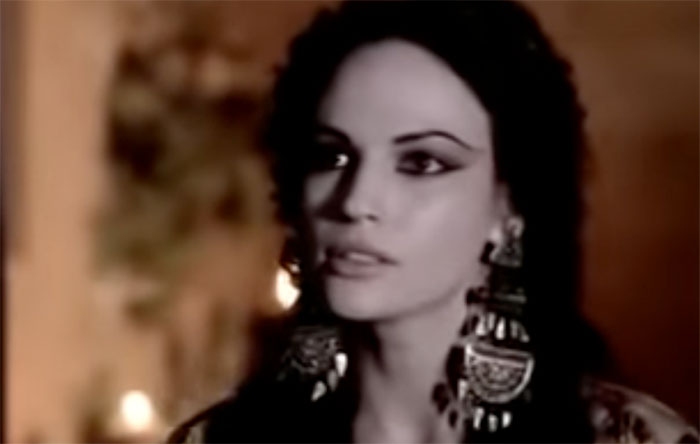 Jolene Blalock’s early career started with an appearance in the series Veronica’s Closet in the 1998 episode “Veronica’s Brast Efforts.” Blalock would continue taking on minor roles in television series, including Love Boat: The Next Wave, Good vs. Evil, CSI: Crime Scene Investigation, and JAG.

Her career would take a turn, however, to science fiction. 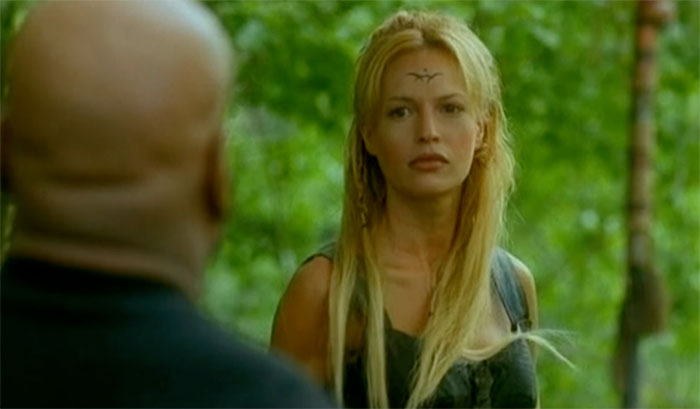 Jolene Blalock would make two appearances on the cult science fiction series Stargate SG-1 as Ishta in the episodes “Birthright” and “Sacrifices.” Ishta would be an anti-Goa’uld resistance fighter and a former Jaffa high priestess. Her appearances on Stargate SG-1 conceded with her career high in Star Trek: Enterprise. 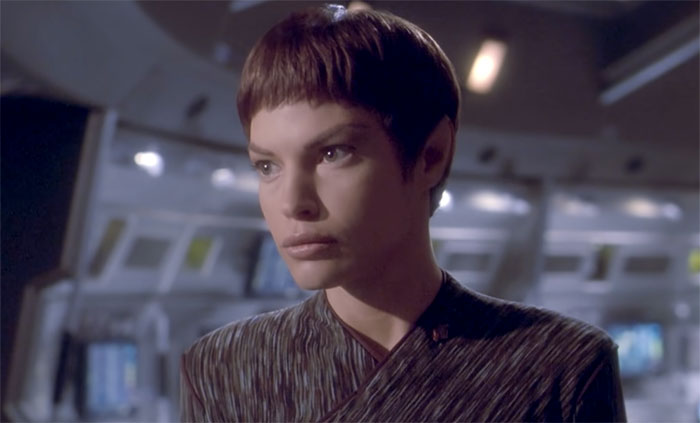 Jolene Blalock would star as the Vulcan T’Pol in 98 episodes of Star Trek: Enterprise, a prequel series set a century before the iconic voyages of James T. Kirk and Mr. Spock. The show would follow the early journey of Jonathan Archer’s starship Enterprise. Throughout the show, T’Pol would have an evolving role as her political situation would change as the series moved towards the franchise’s legendary Earth-Romulan War. The show starred Scott Bakula, John Billingsley, Jolene Blalock, and Dominic Keating. It would run from 2001 to 2005.

Jolene Blalock’s career would never again reach the notoriety it did after Star Trek: Enterprise. However, she would continue appearing in film and television series, such as Slow Burn (2005) and Starship Troopers 3: Marauder (2008), until her retirement in 2017.

What was the controversy with her appearance on Star Trek: Enterprise? 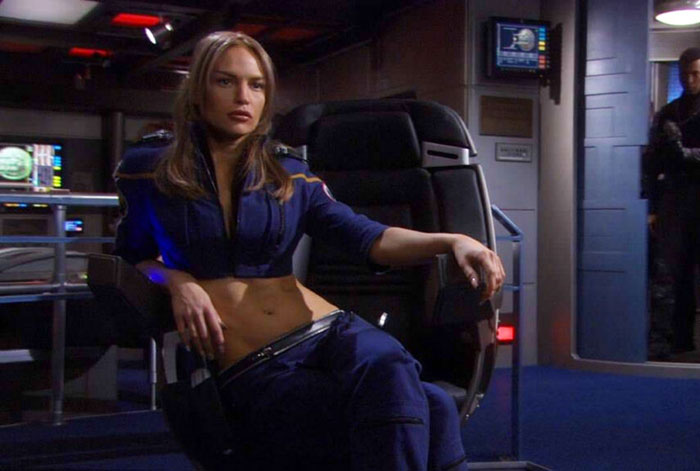 Star Trek: Enterprise is a relatively controversial series for fans of the Star Trek franchise. One of the most contentious elements was what some considered blatant sexuality, such as in character costuming and the now infamous ‘decontamination scenes’ throughout the show.

The franchise was also not particularly significant in depicting women for decades, and it seemed to reach its most blatant moment with Jolene Blalock’s character T’Pol.

She was particularly vocal about a season 3 costume change that resulted in a more plunging neckline for her character. She has stated, “You can’t substitute t*** and a** for good storytelling. “You can have both, but you can’t substitute one for the other because the audience is not stupid. You can’t just throw in frivolous, uncharacteristic… well, bull and think it’s gonna help the ratings!”

Indeed, it seems that T’Pol’s appearances were dictated by a desire to replicate the sex appeal of Jeri Ryan’s Seven of Nine from Star Trek: Voyager. This would result in numerous strange costuming choices, and an overly long scene of her and a castmate stripped to the underwear rubbing gel on one another.

Her criticisms also extended to the character’s writing, which was written too differently from other Vulcans depicted in the franchise.

What is Jolene Blalock doing now? 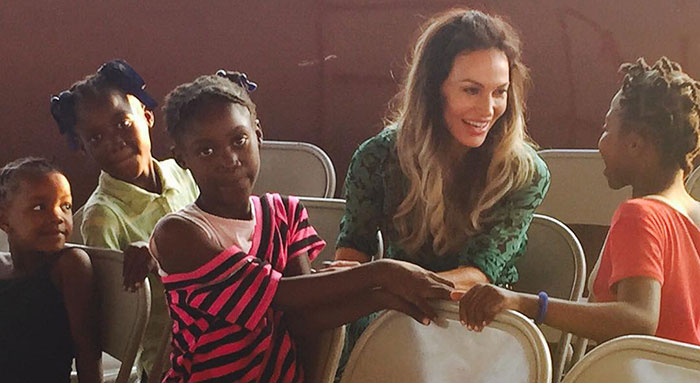 Jolene Blalock has since retired from acting in 2017. She has turned her attention toward raising a family, but she also works with an organization she founded with her husband.

The Rapino Foundation helps populations in the developing world. The foundation’s mission is: “Our mission is to protect and uplift undeserved people worldwide. We accomplish this through strategic projects and investments that empower communities to address systemic poverty, oppression, and violence at its root causes.”

She is also known to aid other organizations, such as The Leonardo DiCaprio Foundation, Barefoot Foundation (Pies Descalzos Foundation), Humane Society International (HSI), the Equal Justice Initiative (EJI), and The Clara Lionel Foundation. 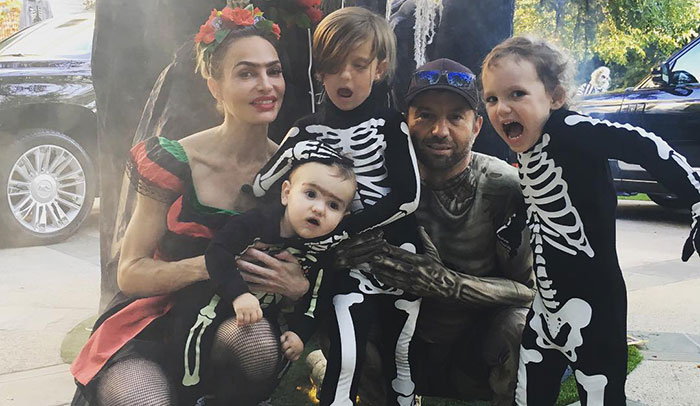 Jolene Blalock married Michael Rapino on April 22nd, 2003. The pair lived separately for a time as he was in England while she worked in the U.S. on Star Trek: Enterprise. She was the one who proposed to him.

Michael Rapino is the CEO of Live Nation, a live events entertainment company.

Jolene Blalock has three sons with her husband. They are Ryder James Rapino, River Thunder Rapino, and Rexton Rapino.

Jolene Blalock does have a social media profile. She can be found on Instagram.