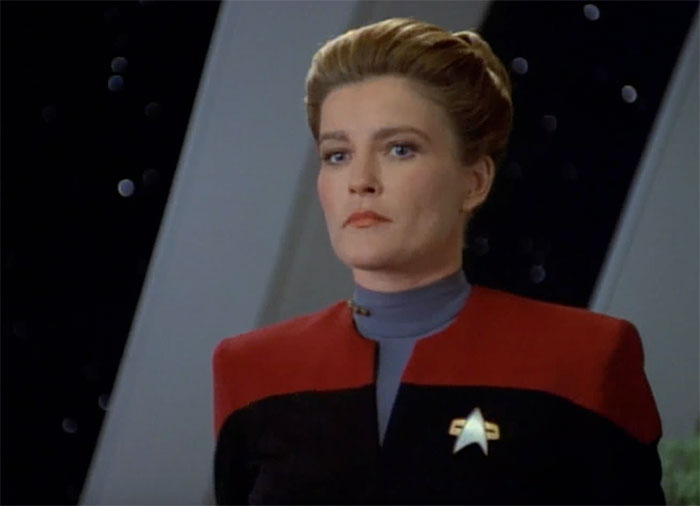 Kate Mulgrew is an American actress and author best known for her role as Captain Kathryn Janeway on Star Trek: Voyager and, more recently, her role as Red on the hit Netflix series Orange is the New Black.

She has won numerous awards including a Critic’s Choice Television Award, a Saturn Award, and an Obie Award, as well as nominations for a Golden Globe Award and a Primetime Emmy Award. 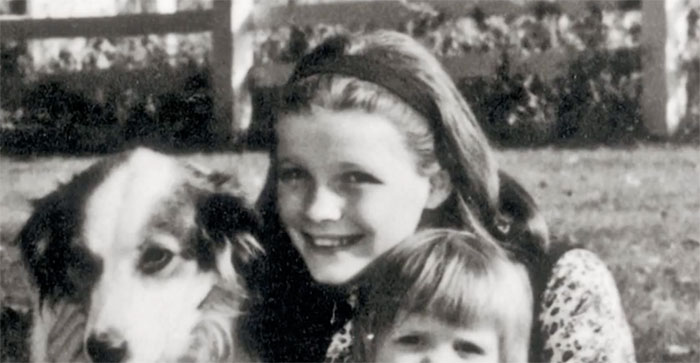 Mulgrew was born on April 29, 1955 in Dubuque, Iowa. Her father was a contractor and her mother was an artist and a painter who encouraged her to nurture her creativity from a young age.

At the age of 17, Mulgrew was accepted to the Stella Adler Conservatory of Acting at NYU and left Iowa to pursue her passion.

Between 1975 and 1978, Mulgrew landed a few minor roles including The Wide World of Mystery, The American Woman: Portraits of Courage, Dallas, and a TV mini series called The Word. 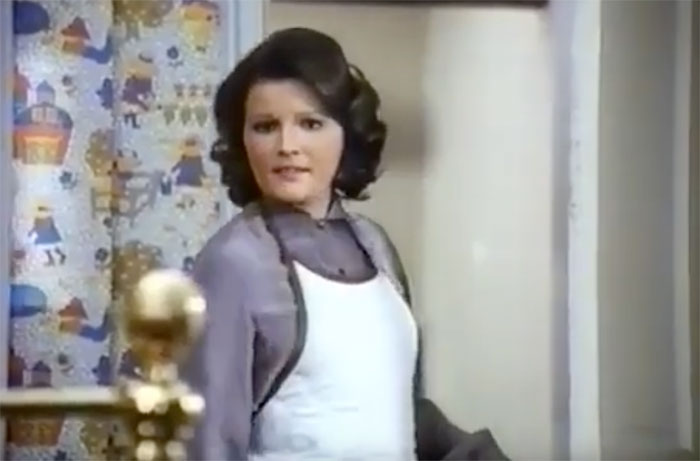 In 1979, NBC created a spin-off series based on the wife of Lieutenant Columbo from the popular crime drama Columbo. Mrs. Columbo was made specifically for Kate Mulgrew and featured her as a news reporter who tries solving crimes while raising a daughter.

The show enjoyed a 13-episode run but never quite took off and, despite the name and premise, never featured Columbo himself at any time. 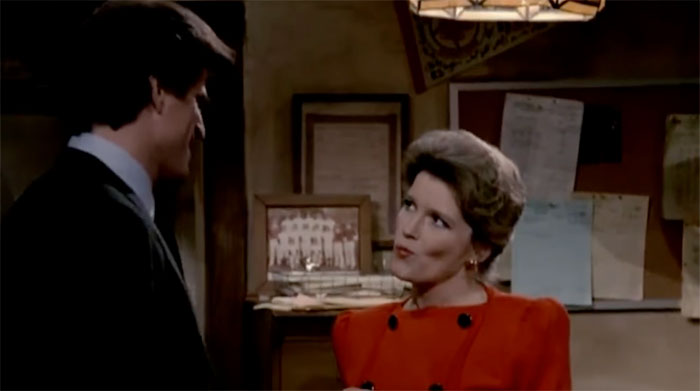 In 1986, Mulgrew would play the dastardly Councilwoman Janet Elridge for a 3-episode run, “Strange Bedfellows”. Elridge is suspected to be dating Sam only for appearances with the intent to dump him after the reelection.

Over the course of 3 episodes, Mulgrew’s character drives a wedge between Sam and Diane, only to have it blow up in her face in the end when Sam proposes to Diane. Diane turns Sam down, but at least he didn’t fall for Councilwoman Elridge’s scheme! 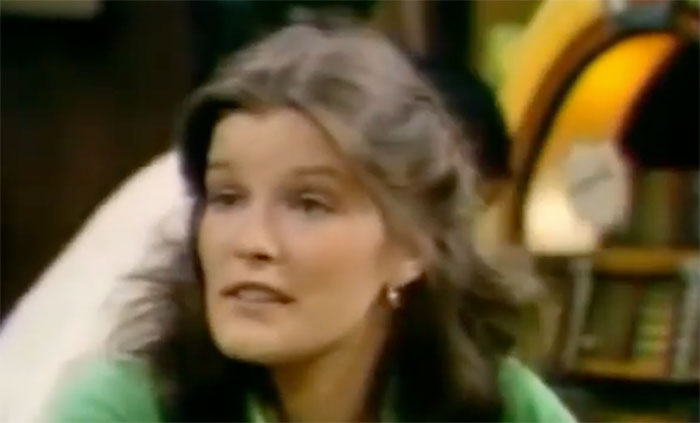 Between 1975 and 1978, Mulgrew played Mary Ryan on the soap opera Ryan’s Hope, earning fan favorite status and becoming associated with the show long after her departure. She would return to the show for a few final episodes in 1983, 1986, and 1989.

HeartBeat is an American medical drama that aired on ABC in 1988 for two seasons and 18 episodes total, all of which starred Mulgrew as the co-founder of a clinic called Women’s Medical Arts.

While the show’s run was short, it was considered groundbreaking for featuring a lesbian as a main character and depicting her in a long-term committed relationship. This would lead HeartBeat to win GLAAD’s first ever Media Award for Outstanding Drama Series in 1990.

In the early ‘90s, Mulgrew began lending her voice to a number of animated TV shows as well, including recurring roles on Batman: The Animated Series, The Pirates of Dark Water, Mighty Max, Gargoyles, and Aladdin.

Although she would take a hiatus from voice acting while working on Star Trek: Voyager, Mulgrew quite enjoyed it and would return to lend her voice to numerous animated TV shows and video games later in her career. 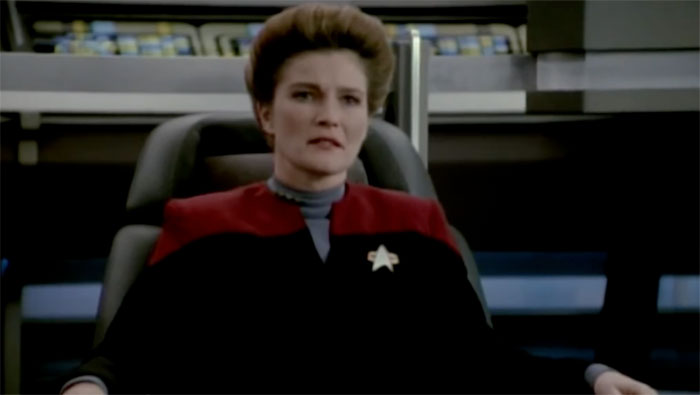 In 1994, Mulgrew auditioned for the part of Captain Janeway on the upcoming Star Trek: Voyager, which was scheduled to air as a flagship program on the new network UPN in 1995. Unfortunately, the showrunners selected film actress Geneviève Bujold for the role instead.

However, Bujold quit two days into filming after realizing the substantial work and time commitment for filming the show. At this juncture, the showrunners offered Mulgrew the spot and, as they say, the rest is history.

Mulgrew portrayed the fearless Captain Janeway for 168 of the show’s 172 episodes, spanning across 7 seasons and 6 years airing from 1995 to 2001.

Of the 168 she appeared in, Mulgrew cites season 5’s “Counterpoint” as her favorite because of the dangerous cat-and-mouse game her and guest actor Mark Harelik were engaged in during the episode’s action. 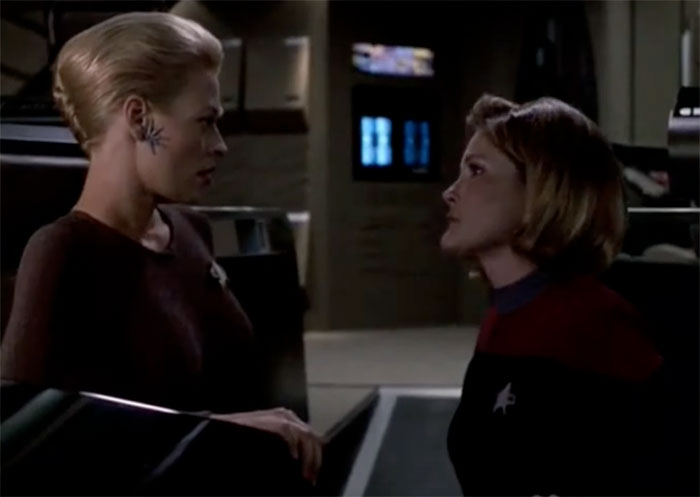 While everything appeared copacetic on the outside, drama was brewing by the start of season 4 when the showrunners decided to hire Jeri Ryan and add a new character, Seven of Nine, as fan service and resident sex appeal in an attempt to boost stagnant ratings.

Mulgrew did not approve of this new direction and became responsible for creating a hostile work environment for her new co-star. She was unwelcoming and unreasonable, informing the crew that Ryan should not be permitted to use the bathroom during filming since the costume took time to take off and put back on. The crew did not abide by this unreasonable request.

Mulgrew reflected upon her attitude during this era and took ownership of her wrongful approach. Because she had been associated as the strong female lead and the face of Star Trek: Voyager and seemingly overnight Ryan assumed the new face of the series, it was difficult for her to accept and process.

Regarding her treatment of Ryan and the drama, Mulgrew said she regrets how she treated Jeri and wish she had conducted herself better. 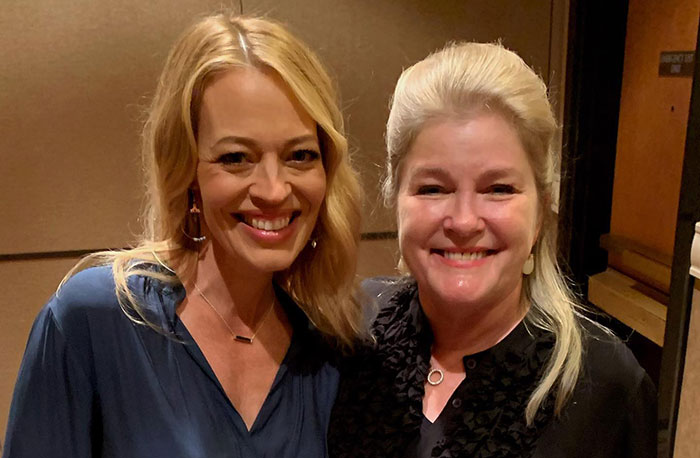 As the years went on, it seems that Kate and Jeri have resolved their difference and put the past behind them. They have been seen being friendly to each other at conventions and other appearances.

Regardless, Star Trek: Voyager was lauded for featuring a female lead, the first ever in a Star Trek series, and critics were impressed by Mulgrew’s range and on-screen presence. Fans and critics alike praised her performance, and Janeway was a groundbreaking character increasing the inclusivity of the already diverse Trekverse.

Mulgrew does admit that the show was constantly challenging, often involving being on set for up to 18 hours at a time, but she wouldn’t trade it for anything and she is immensely proud of the show, her role, and the impact that it has had on her life.

What did Kate Mulgrew do after Star Trek? 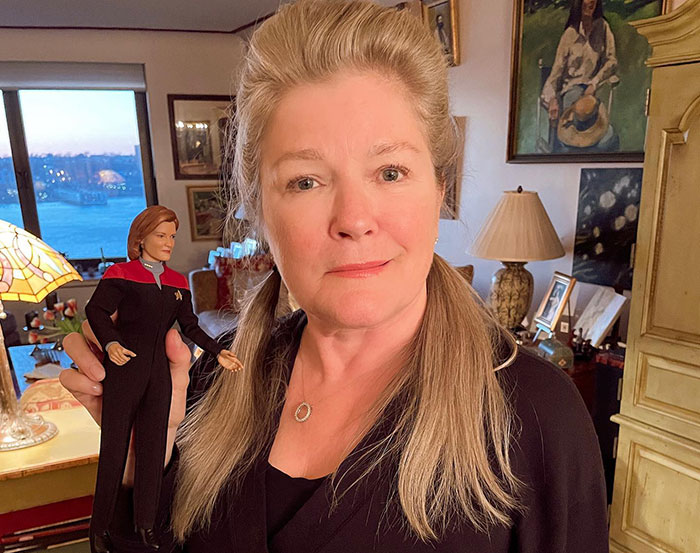 While Star Trek: Voyager would become her most iconic appearance, Mulgrew’s career was far from over when the show wrapped in 2001. She has had a prodigious career and has appeared in numerous movies and television shows. 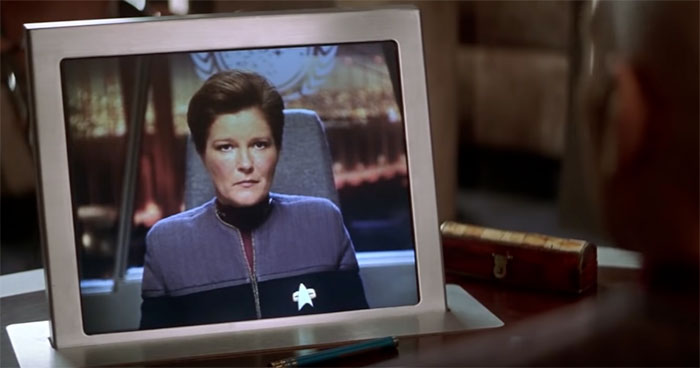 In 2002, Mulgrew reprised her role as Janeway for a cameo in the film Star Trek: Nemesis starring Patrick Stewart and his crewmates from Star Trek: The Next Generation. Her appearance is brief, but it is her instruction to Captain Picard which leads to the action of the film.

Unrelated to Janeway’s appearance, the film was a box office failure and would mark the last film to involve the crew of The Next Generation, leading to a Star Trek film reboot in 2009 instead. 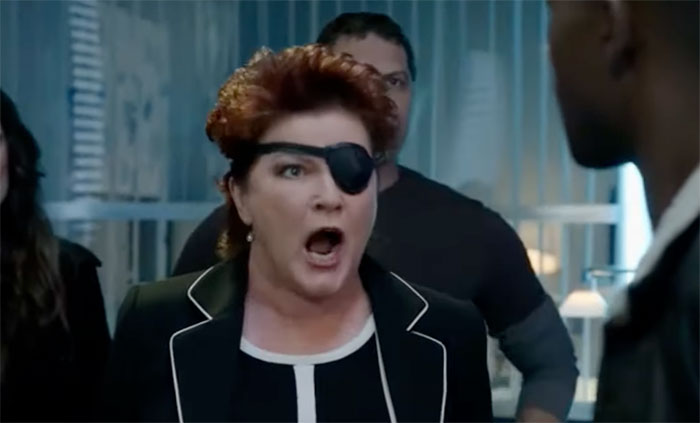 Between 2011 and 2013, Mulgrew was part of the main cast of the confusingly-named police procedural parody NTSF:SD:SUV::, which stands for National Terrorism Strike Force: San Diego: Sport Utility Vehicle:: and aired on Cartoon Network’s Adult Swim.

Orange is the New Black 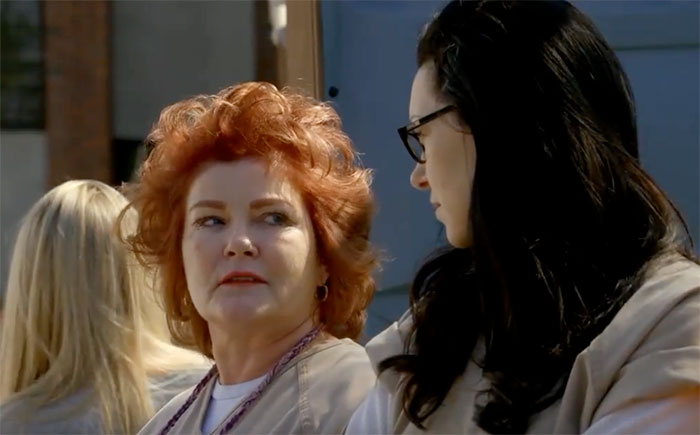 While it seemed unlikely for Mulgrew to land another iconic role following the massive success of Star Trek: Voyager and her stunning portrayal of Captain Janeway, lightning did strike twice for her when she landed the role as Galina “Red” Reznikov on hit series Orange is the New Black.

Her role as Red would earn her a Primetime Emmy nomination and a Critic’s Choice Television Award for Best Supporting Actress in a Comedy Series. Of 91 episodes during the show’s 7 season run, Mulgrew appeared in 85 between 2013 and 2019. 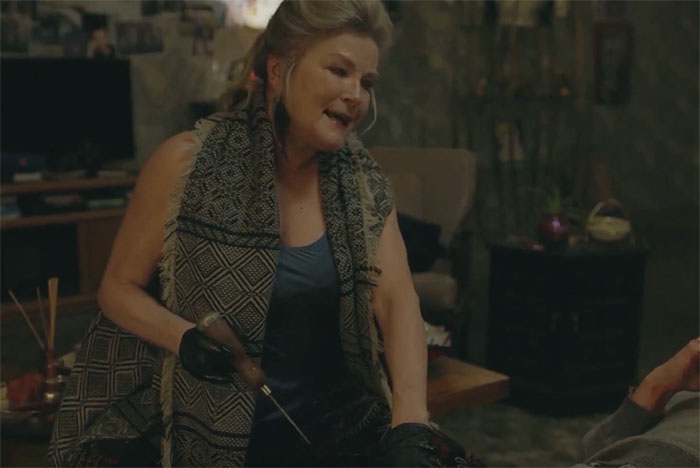 In 2019, Mulgrew joined the cast of American drama series Mr. Mercedes during their third season and was featured in 9 of the 10 episodes. Although the show was renewed for a fourth season, the network that was airing it, Audience, vanished in May of 2020.

Mr. Mercedes is currently streaming on Peacock, but it is unclear if it will receive a fourth season.

Between 2019 and 2020, Mulgrew would work as a voice actor on the acclaimed animated series Infinity Train, which was created by former Regular Show writer and storyboard artist Owen Dennis.

The show received praise for its complex and sometimes dark themes and aired two seasons on Cartoon Network before moving to HBO Max to air two more.

As of August 2022, HBO Max announced that Infinity Train would be among 37 shows to be removed from the streaming service and two days later it was gone. At this time, Infinity Train has no home. In response, creator Owen Dennis advocates online piracy as a means to watching it, presumably in hopes to generate enough buzz to revive it.

While it was intended for eight seasons, it remains unclear if it will receive even a fifth. 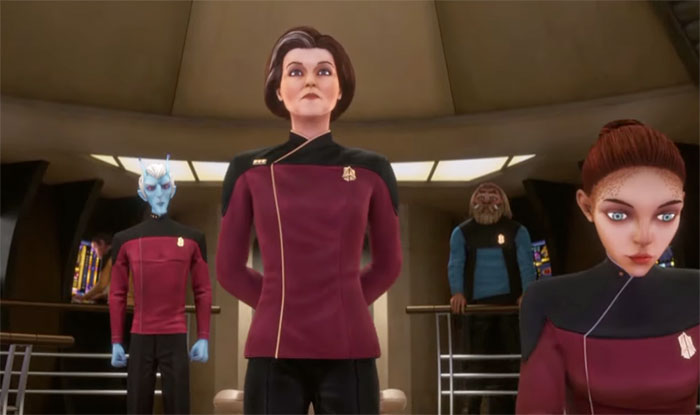 When the animated series Star Trek: Prodigy was announced, it combined Mulgrew’s experience of portraying Janeway with her voice acting talent for an intuitive arrangement and slam dunk opportunity for Mulgrew.

Ultimately, Mulgrew chose to reprise the role so she could subject a younger audience to her character and the Trekverse as a whole. As of 2021, Mulgrew has been part of the main cast of a show that is currently producing its second season.

The Man Who Fell to Earth 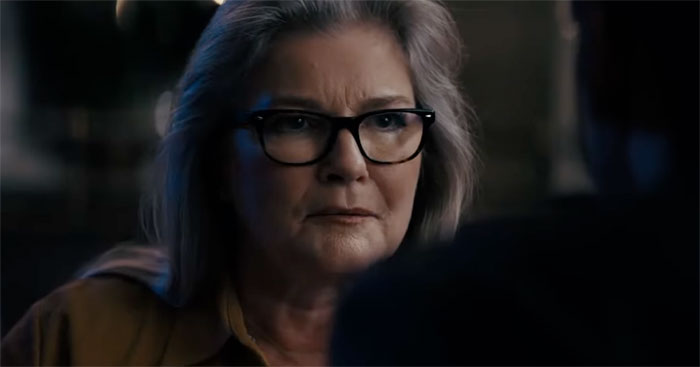 As of 2022, Mulgrew has been part of the main cast of The Man Who Fell to Earth, a science fiction drama series airing on Showtime, alongside Chiwetel Ejiofor, Naomie Harris, Annelle Olaleye, and Bill Nighy. Mulgrew appeared on 7 of the show’s 10 episodes in season 1.

While the final episode of season 1 aired in July 2022, there has been no announcement that the series has been canceled or renewed at this time. 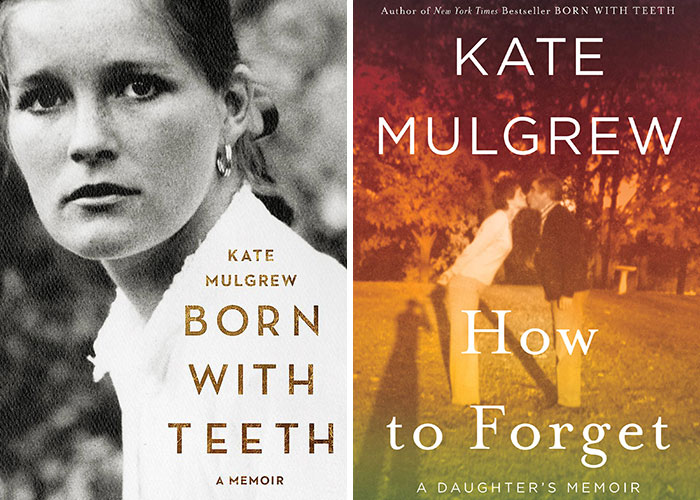 Beyond her talents as an actress, Mulgrew is also an accomplished author. She has written two memoirs, 2015’s Born with Teeth and 2019’s How to Forget.

Both provide an extensive inside look at the trials and tribulations that have shaped Mulgrew into the evocative actress and public figure she would grow to become today.

Along with a number of her Voyager castmates, Mulgrew regularly attends Star Trek conventions to engage with the fans. In 2022 she attended the 56-Year Mission Las Vegas convention, the Phoenix Fan Fusion, the Star Trek: Mission Chicago and she is scheduled to appear at the Destination Star Trek convention in Germany. 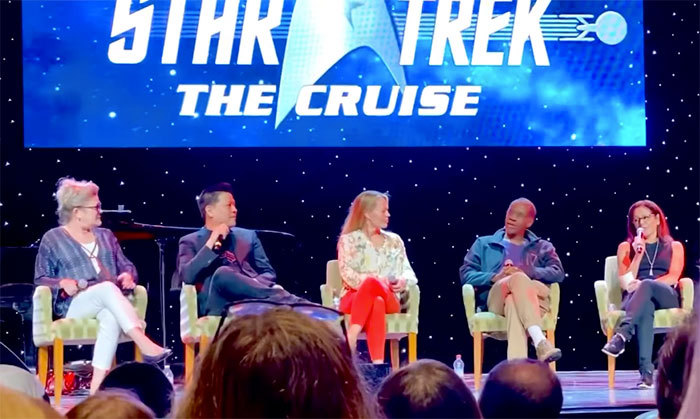 Kate Mulgrew, alongside fellow Star Trek actors Doug Jones, Sarah Mitich, Michelle Herd, Jonathan Frakes, Brent Spiner, and many, many more, is scheduled to appear on Royal Caribbean’s Navigator of the Seas for a cruise experience like no other.

It’s an “un-conventional” voyage, indeed, and next plans to sail in early 2023. 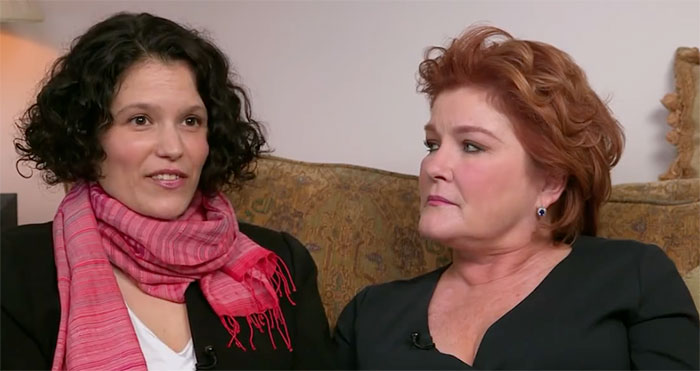 In 1977 at the age of 22, Mulgrew became pregnant while working on Ryan’s Hope. The father of her baby was an assistant director on the show. Single and scared and at the urging of her mother, Kate when to Catholic charities and elected to give the child up for adoption.

The producers of Ryan’s Hope decided to write her pregnancy into the story of the show and Kate had to act out a monologue with a stunt baby declaring her love for the baby and how she will never leave her. Kate admits it was one of the hardest moments of her life.

It wouldn’t be until 2001 that she reunited with her daughter, Danielle Gaudette. The two remain in one another’s lives today. 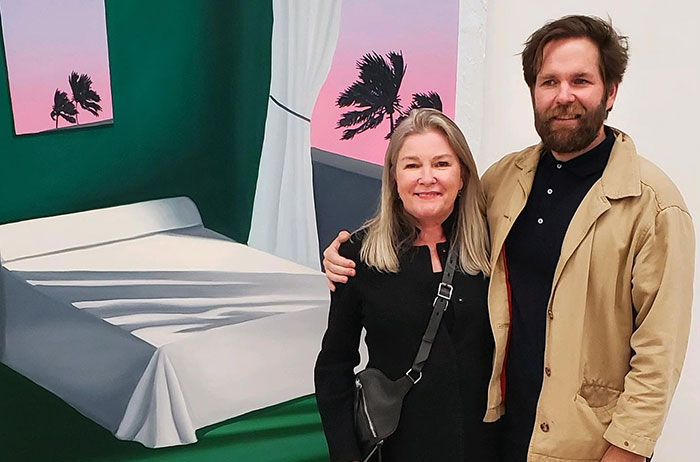 In 1982, Mulgrew married television director Robert Egan and they had two children together, Alexander “Alec” Egan and Ian Egan. Egan and Mulgrew separated in 1993 and finally divorced in 1995.

Her son Alec Egan is an accomplished artist. There is little information about her other son Ian.

In 1999, Mulgrew married politician Tim Hagan, but the two divorced in 2014 and had no children together.

In 1982, Mulgrew was held at knife point by an intruder. She had given him a diamond necklace, a diamond ring, and $300 in cash, but it was not enough for the intruder and he raped her before leaving. The unidentified assailant was never apprehended.

In a 2015 interview, Mulgrew spoke about the incident and the trauma, but stated that, despite the graphic and horrific nature of the crime, she was able to forgive her attacker.

“I never blamed him,” she stated. “To become embittered because of the fight is to lose the fight. And I have no intention of losing the fight.”