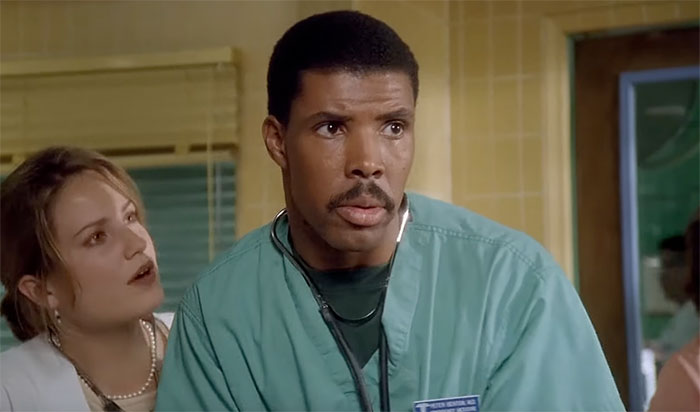 Eriq La Salle is best known for starring in the hit medical drama ER, but the actor has a long list of credits on his resume. While he grew up in Connecticut, he spent most of his life acting, producing, and directing in Hollywood.

Eriq La Salle was born on July 23, 1962, in Hartford, Connecticut, and was raised by his mother, Ada Haynes, along with his three siblings.

The actor attended Weaver High School and was a Juilliard School Drama Division member for two years in the early 80s. He then attended New York University’s Tisch School of the Arts, receiving a Bachelor of Fine Arts degree. 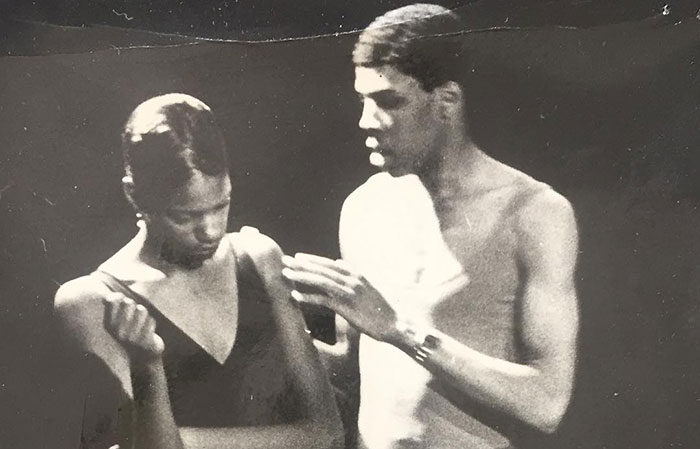 When La Salle graduated from NYU, he appeared in a production of Henry V in Shakespeare in the Park. He continued to appear in off-Broadway performances and numerous television dramas, like the popular soap opera One Life to Live.

La Salle began adding a string of credits to his resume after graduating from college and regularly appeared in television shows and movies. 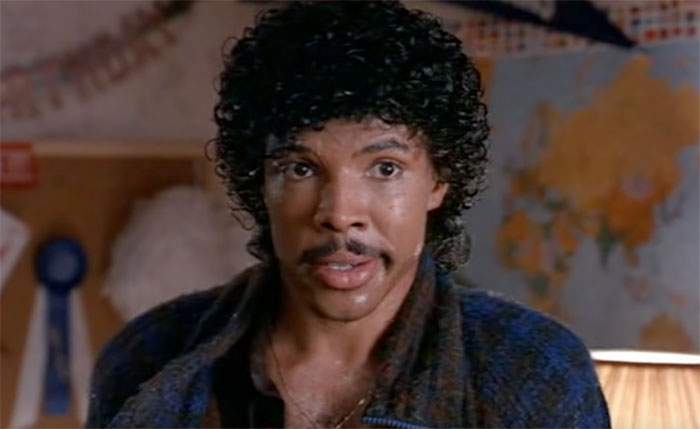 In 1988, La Salle scored the role of Darryl ‘Soul Glo’ Jenks in the movie Coming to America, playing opposite Eddie Murphy. The romantic comedy was a box-office success, despite initial negative reviews from press screenings.

La Salle played the character of Michael Stoven for five episodes of the medical drama series The Human Factor. The show initially filmed eight episodes, but only five aired, and the series ended after one season.

In 1990, the actor played Frank in Jacob’s Ladder, a psychological horror film. The movie also starred Tim Robbins, Elizabeth Peña, and Danny Aiello, and even with meager success, the film developed a cult following. However, the movie inspired future horror films, and a remake of the same name was released in 2019.

The movie has excessive violence, immorality, and sex, and Maxim magazine wrote how it had one of the best sex scenes in film history.

In 2003, La Salle appeared in 9 episodes of The System, playing the character of Andrew Evans. The series only lasted one season and starred Camryn Manheim and Harvey Silver. 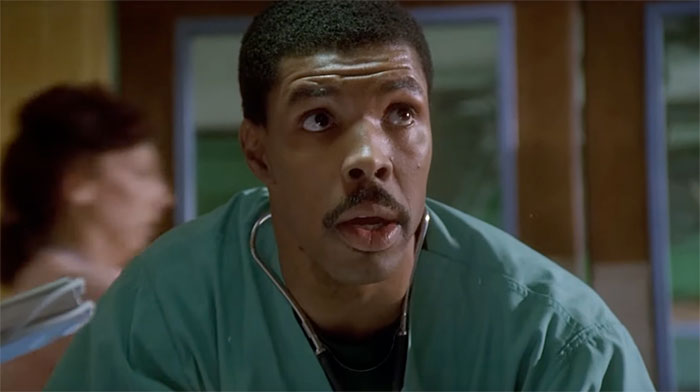 The actor appeared in seasons 1-8, and season 15 as a guest for three episodes to inform the audience of the death of Michael Crichton, the show’s creator.

The actor remained uncredited for his guest spot on ER announcing the creator’s death but did come back to direct an episode in season 15.

Why did he leave ER? 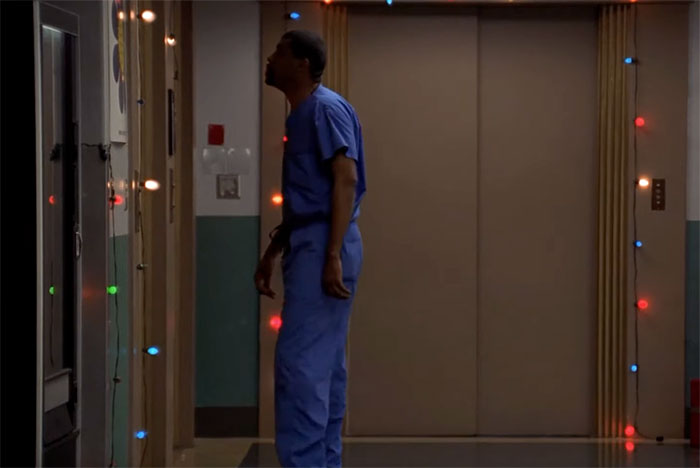 The show ran for 15 seasons, with a total of 331 episodes, making it one of the longest-running primetime medical dramas, coming second behind Grey’s Anatomy.

What did he do after ER?

The actor appeared in two episodes in 2010 of the hit action-drama series 24 as the UN Secretary General. The series was a fan favorite and starred Kiefer Sutherland, amongst others. While La Salle only appeared on the show in 2010, the series ran from 2001-2014 for a total of 204 episodes.

How to Make it in America

In 2011, La Salle appeared as Everton Thompson for three episodes on the comedy-drama How to Make it in America. While the show made it to season two, it was canceled shortly after due to low ratings; Mark Wahlberg served as executive director and followed the lives of Ben Epstein and Cam Calderon as they tried to make it in the fashion scene of New York City.

La Salle guest starred in one episode of A Gifted Man in 2012. The fantasy medical drama starred Patrick Wilson and Jennifer Ehle, but it didn’t make it past the first season. La Salle played Evan “E-Mo” Morris, a friend of Wilson’s character and a psychiatrist-neurologist.

In 2012, La Salle appeared as George Lumas in three episodes of Blackout. While the show only lasted one season, it boasted big-name stars like James Brolin and the late Anne Heche. The show revolved around a disgraced former Marine leading a team of mercenaries and causing a blackout in LA to obtain CIA slush funds.

La Salle made five guest appearances in 2004 and 2005 as Hektor Martin in the science-fiction mystery drama series Under the Dome. The show ran from 2003-2005 and was based on the Stephen King novel of the same name. La Salle’s character played the cutthroat CEO of Aktaion Energy.

Eriq La Salle is still acting, although sporadically. In 2017, the actor played Will Munson in the superhero film Logan, which also starred Hugh Jackman as the title character.

The film was the tenth of the X-Men series and the final of the Wolverine trilogy. While La Salle didn’t have a starring role, he does share the screen with Jackman and shows viewers he still has what it takes to be on screen with the best of them. 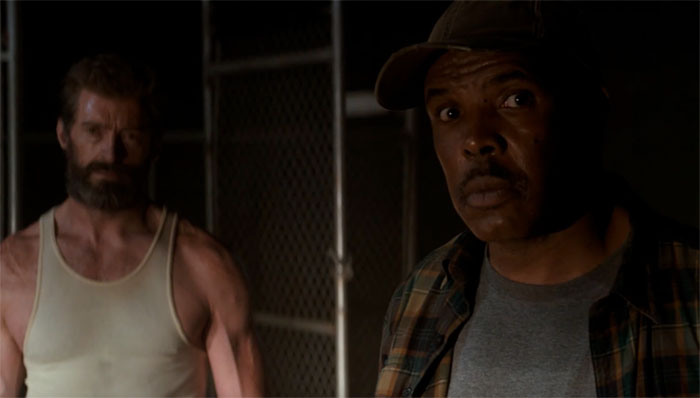 In 2022 he reunited with his ER cast mate Gloria Reuben and starred in the Hallmark movie ‘A Second Chance at Love.’ 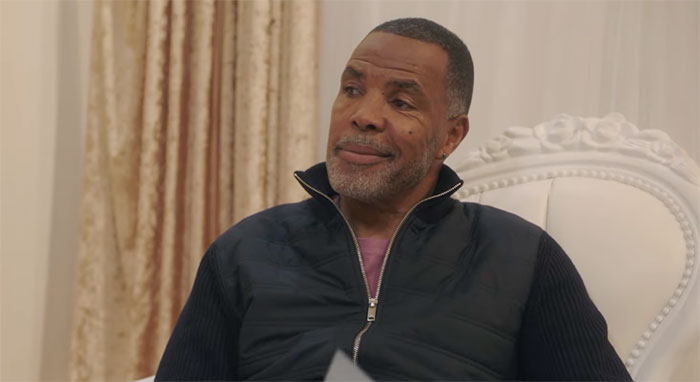 La Salle has mainly focused his career behind the camera as a director and producer. 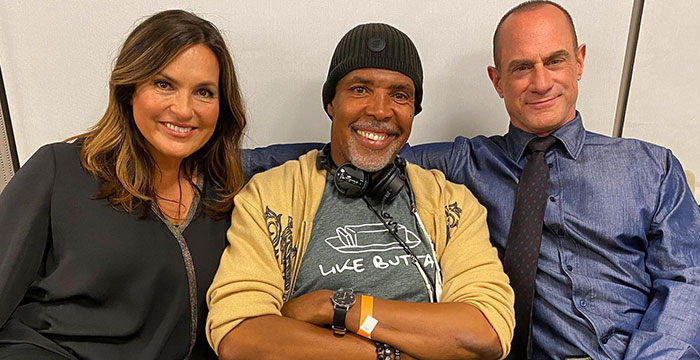 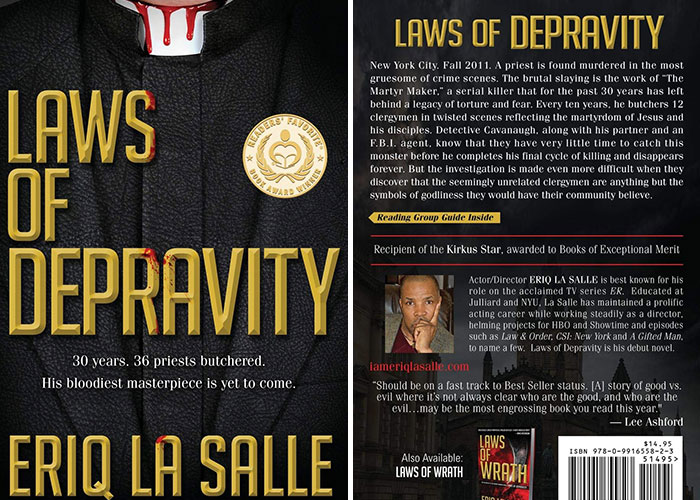 In addition, the actor inked a book deal with Ebony Magazine for a three-book series that channels crime and thrillers. The first in the series, Laws of Depravity, will be followed by Laws of Wrath and, finally, Laws of Annihilation. The books follow three detectives investigating high-profile serial killers and their brutal crimes.

Finally, the actor occasionally posts to Instagram if you want to catch up with one of your favorite actors.

While La Salle is not married, that doesn’t mean he hasn’t had any past relationships that have come to haunt him. In 2000, the actor and his girlfriend, Angela Johnson, split after five years, and since they purchased a home together, she sued him for half of the proceeds.

The case was dismissed the same year, and it seems she got what she wanted all along.

Today, there is no evidence he is married or in a serious relationship.

Does he have any kids?

La Salle has no children unless he has kept them hidden.

Whatever Happened To Laura Innes, 'Dr. Kerry Weaver' From ER?