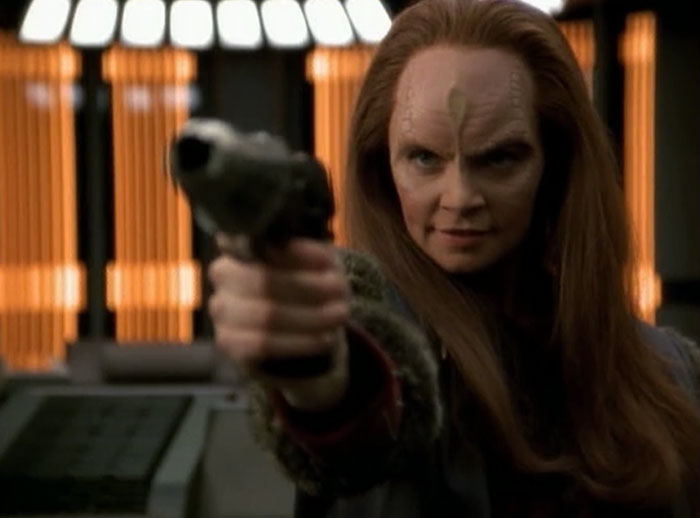 Great science fiction shows are even better with able and well-written villains. In Star Trek Voyager, viewers got that villain in ‘Seska’, the nefarious Cardassian agent, played by Martha Hackett. Although she only appeared on 13 episodes, she made a lasting impact on many fans who regarded her as one of the most memorable villains of the show.

20 years has passed since the end of Voyager, what has Martha Hackett been up to ever since?

Hackett got into acting during high school. While in college, she starred in several stage productions.

She graduated from Harvard with a B.A. in English, American Literature, and Languages.

After Harvard, Hackett went to Hollywood to further her career. She landed her first job in the police drama Hill Street Blues (1986) as Carole Greene. 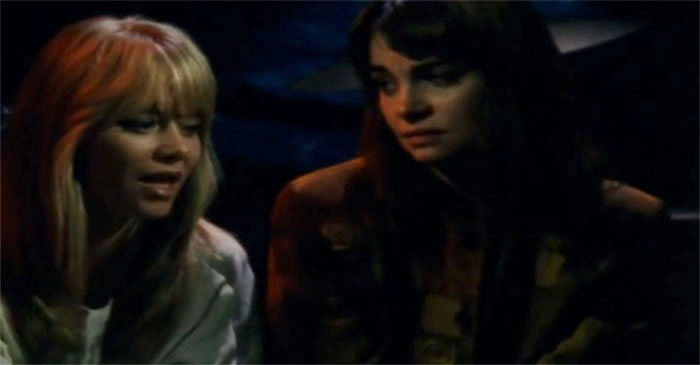 Hackett’s introduction to the Star Trek universe came with Deep Space Nine in 1992. She unsuccessfully auditioned for the role of Jadzia Dax. Getting there just took a bit longer! She was not done with Trek despite this or alien costumes and makeup.

Between the "Trek" years, Hackett appeared in several movies or T.V. roles. She played a detective in Leprechaun 2 and The Marshall Chronicles (1990).

Hackett auditioned for Star Trek: The Next Generation. She portrayed an alien species called the Terrellian in the series’ final episode, "All Good Things." Her part was cut in the editing and was not in the finale. 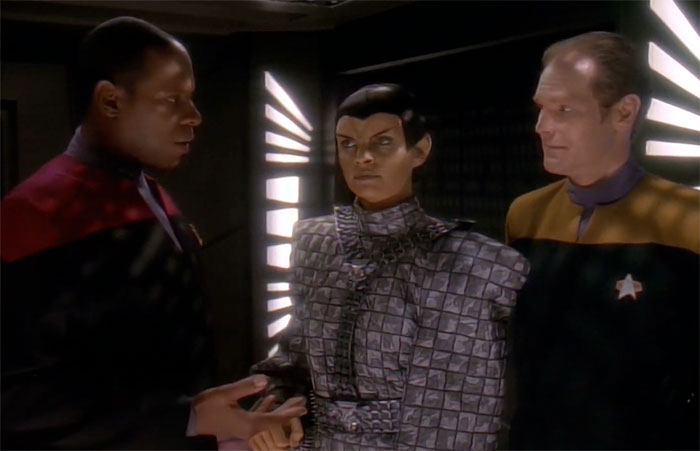 Her gig in TNG led to a two-episode appearance on Deep Space Nine as the Romulan subcommander T’Rul (1994).

Like many scenes in Trek history about cloaking devices and the Federation, Hackett’s T’rul was to protect the device against seizure. Dominion forces caught the episodes’ characters all before being rescued. 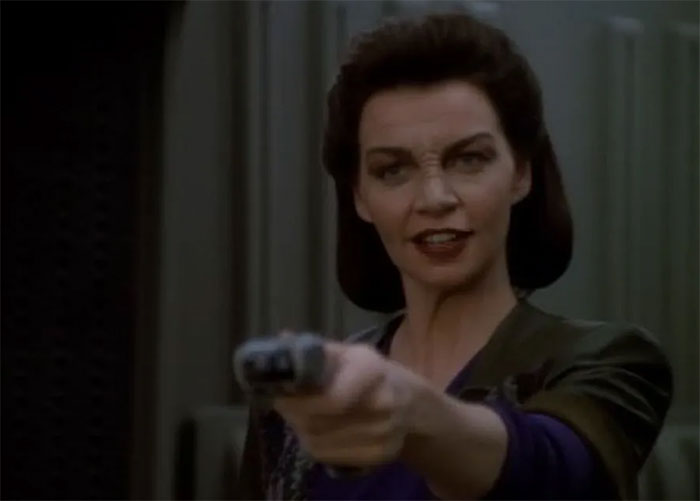 Hackett’s portrayal as T’Rul was a lead up to her most arguably best role: Seska on Star Trek Voyager.

Seska was among the rebels – the Maquis, but in reality, it was revaled that she was a Cardassian agent who infiltrated the group to spy on them.

To aid her deception, Seska was altered to look like a Bajoran – a people subjected by the Cardassians.

As Seska, Hackett masterfully played the role of a double agent. Seska helped mask her duplicity using Commander Chakotay as her lover.

Though she loved him, Seska did not hesitate to seek others to help her. As Hackett’s role matured, she betrayed Voyager to the Kazons and as the main villain, Hackett usually stayed one step ahead. 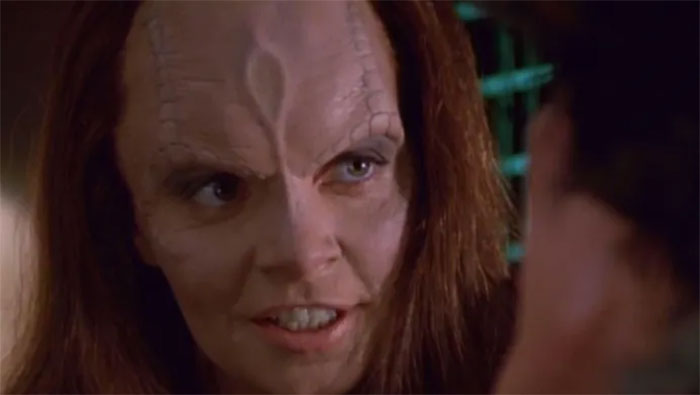 Seska’s ultimate goal was to capture the Voyager for the technology.

Hackett showed Seska’s deceitfulness but was also conflicted too. Besides her betrayal, she stole Chakotay’s DNA to become pregnant and took up with the head Kazon. Her stalker-ish goal was to get Chakotay back. 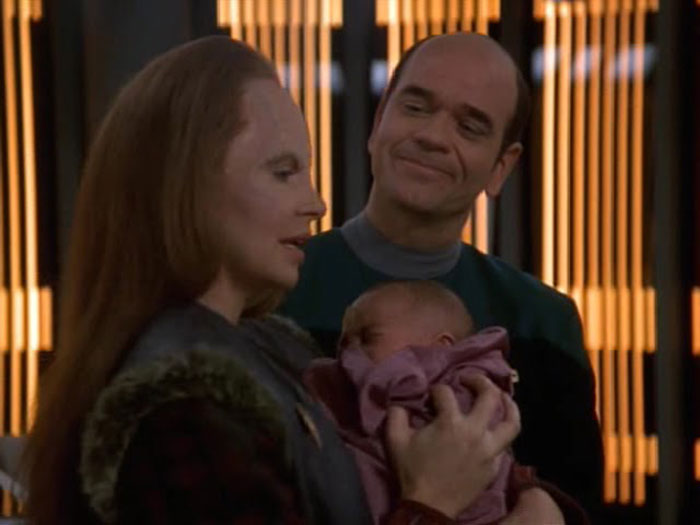 Hackett depicted Seska for thirteen episodes over two seasons. Subsequently, she appeared twice more in later seasons, still vicious. Her last swipe she aimed at Tuvok; she changed a program he used to try and kill him.

After Hackett’s Voyager stint ended, she did voice work in several Star Trek video games, the last in 2003.

What did she do after Star Trek: Voyager?

From the late 90s, Hackett appeared in various T.V. shows and films. Among the films are Kiss Kiss Bang Bang (2005) with Robert Downey Jr and the TV show I Heart Vampires, where she played the part of Siona McCabre for six episodes.

Other credits for Hackett include, Days of Our Lives for four episodes in 2018. In Days of Our Live, she played the character of Pamela Van Damme, who was the head of a military group called the ISA. Like Seska, Pamela was morally corrupt and covered up her evil deeds. This character, too, had a less than happy ending!

What is Martha Hackett doing now? 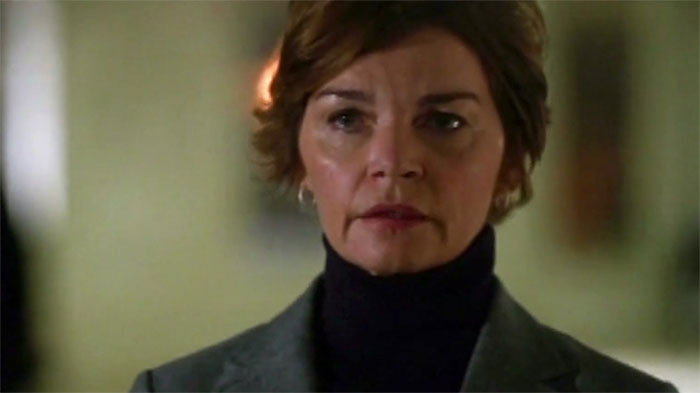 Martha is still acting in movies and on stage. In 2019, she acted in a virtual reality Amazon movie – Exorcism of Allie Fay. The movie’s plot, like The Exorcist, shows the expelling of a demon from a young woman by two priests.

Her last television role was in 2020 for the TV movie A Deadly Lullaby, where she played the character of Monica. 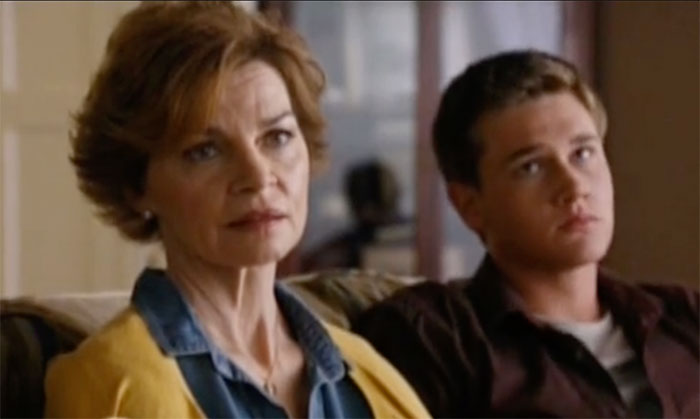 Martha is also very prominent in the theater and stage acting world. She was the lead or in supporting roles in fifteen-plus plays. In 2018 she played the lead actress in Edward Albee’s Occupant, which played at the Garry Marshall Theatre in Burbank.

One aspect of acting in any Star Trek series is the convention afterlife. Trekkies are a fanatically loyal fanbase. Like most Trek alum, Hackett has appeared at several conventions. Her most recent appearance was in 2021 at the Destination Star Trek – London convention.

Martha Hackett married Tim Disney, although the date of the marriage is unknown. Tim is the son of Roy E. Disney and the great-grandnephew of Walt Disney.

Tim Disney was born in 1961, graduated from Harvard and became a filmmaker.

While filming Voyager, Martha got pregnant and instead of hiding the pregnancy, writers wrote her pregnancy into the show.

Martha and Tim have two sons together, although they divorced in 2004.