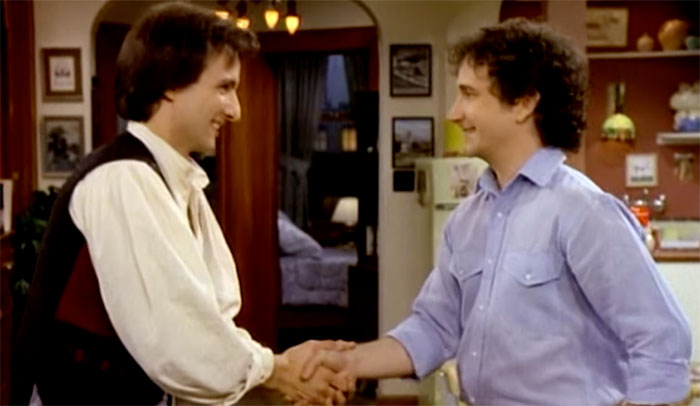 Perfect Strangers was an ABC network sitcom introduced in 1986. The gist of the show came from the 1984 Olympics in Los Angeles. The developers wanted to explore culture shock. For many athletes, the Games happened to be their first exposure to America. The series became an important part of ABC’s Friday lineup in the 1990s and ran 150 episodes spread across eight seasons.

What was Perfect Strangers about?

Perfect Strangers was a show of two opposites living together. Set in Chicago, the main characters are Larry Appleton (Linn-Baker) and Balki Bartokomous (Pinchot).

Larry lives in Chicago, having just moved there. As a twenty-something, he is enjoying his new life and solitude. Soon after, however, his cousin Balki lands on his doorstep, expecting to move in. Balki came to the U.S. because living as a sheepherder in "Mypos" had become boring. He wants more.

Larry is practical but excitable – a 1980s version of Felix Unger from the Odd Couple. Each is the opposite of the other. One is getting a Balki a job with him at the discount store on the ground level of their building. Balki laughs easily, is positive – similar to Will Wheaton on Star Trek: The Next Generation. He always asks why. Shocked, Larry says no but eventually agrees to show Balki the ropes. He decides to help his cousin adjust to America.

The show’s plots revolve around their shenanigans. Balki being an emigrant, often misses queues or misinterprets situations. Larry is usually the straight man, pointing out the problem or dealing with it. Again, hello, Felix! The core of their friendship never changes.

Eventually, both get better jobs, start to have relationships, and develop. By the show’s end, both are married with their first children.

The show led to the spinoff of Family Matters, which ran until 1998.

Why was it canceled?

Perfect Strangers got canceled for several reasons. First, ABC wanted to cancel the show because of costs and age. After seven seasons and steady ratings, the network wanted a younger audience. The show moved from Friday to Saturday night – and ratings dropped. The show was canceled and done by mid-1993. Also, Pinchot and Linn-Baker’s contracts were done – they wanted to move on.

There have been no complete Perfect Strangers cast reunion. Linn-Baker and Pinchot appear together on different shows and at conventions. 2017 was the show’s 25th anniversary. Both appeared on the Today Show, Jimmy Kimmel, podcasts, and other formats. Being good friends, they do conventions too – Steel Con in Pittsburgh in August of this year. 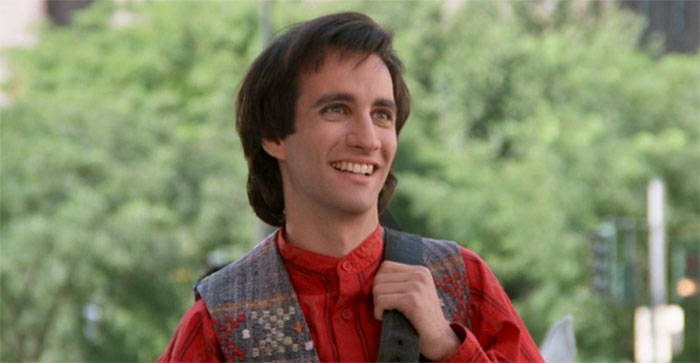 Born in 1959, Pinchot’s family started in New York but moved to southern California. Before Perfect Strangers, he had small parts in films like Risky Business and Beverly Hills Cop. His two minutes in BHC got him a lot of positive attention. T.V. roles include Sara with future big stars Gina Davis and Bill Maher. Sara lasted one season before cancellation – thus, Pinchot became free for Perfect Strangers. 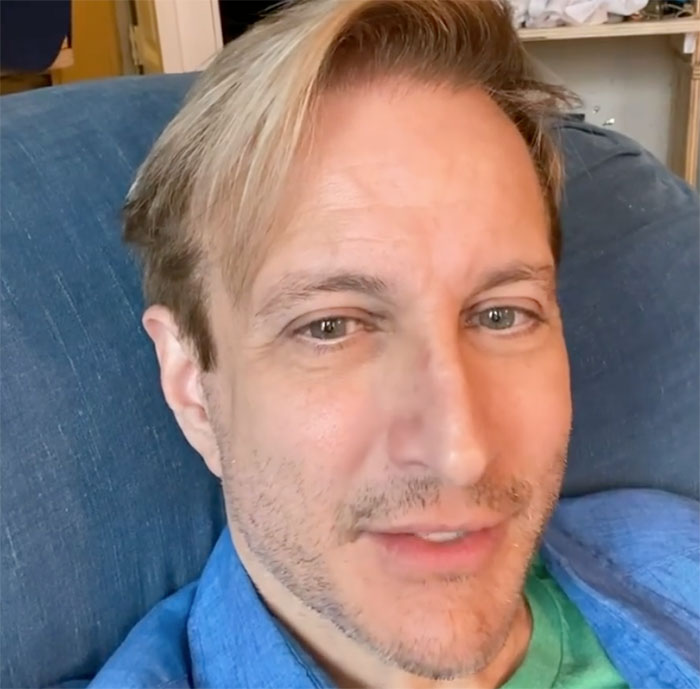 Pinchot has worked steadily outside acting. He created and produced a 2015 documentary restoring run-down small-town buildings. Since 2000, he’s been an award-winning narrator for 100-plus titles.

He has never married and is 62. In 2021 Pinchot announced that he lost more than 60 pounds by becoming vegan. 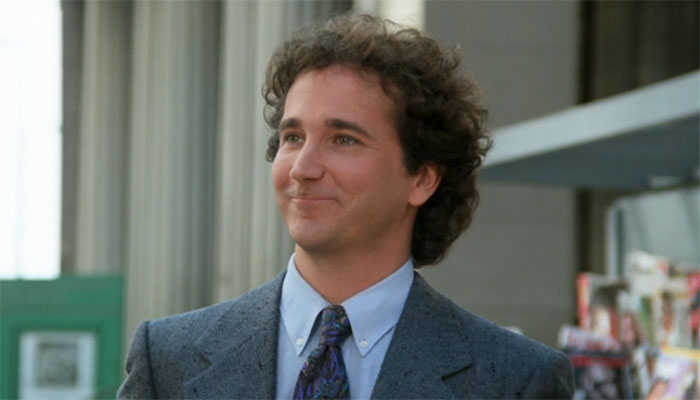 Though Baker is most remembered being Larry on Perfect Strangers, he is also a veteran of many T.V. series and stage work. Baker graduated with an MFA from Yale University. Among his theater work is A Funny Thing Happened on the Way to the Forum (1987) and others after college. 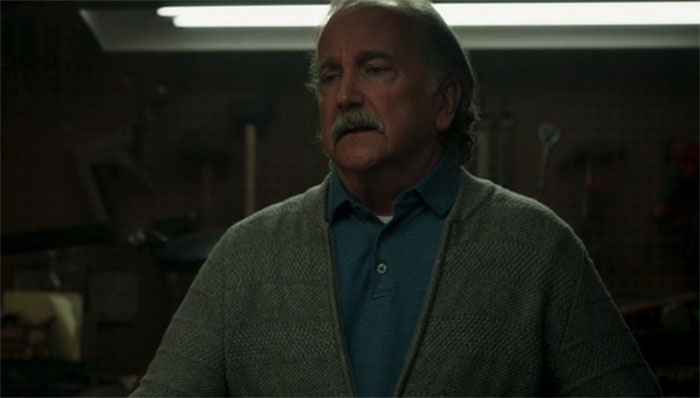 After Perfect Strangers, Linn-Baker’s professional career has grown. He has directed several T.V. shows like Hanging with Mr. Cooper and was a producer for a show in 1993. His T.V. series resume includes current shows. Since 2017 this is CBS’s Blue Bloods, and in 2021 She-Hulk. He married his wife, Christa, in 2012. Linn-Baker is now 68 years old, and they live in Manhattan. 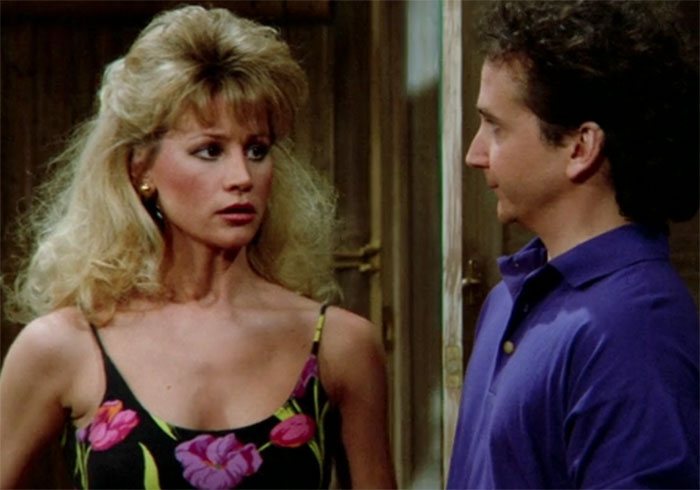 Melanie Wilson played the part of Jennifer, Larry’s love interest on the show and she would eventually became his wife. She was on Perfect Strangers for 102 episodes starting in season 5 and we be on the show until the end in 1993.

After Perfect Strangers she had a limited career, appearing in an episode of Family Matters and a couple episodes of Step by Step. Her last credited role was in 2009 for the TV movie Prayers for Bobby. 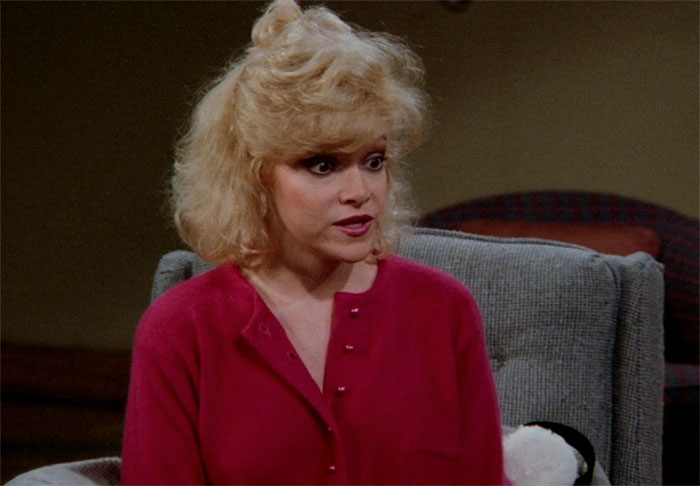 Arthur, like many of her co-stars on Perfect Strangers, was born in the early 1960s. After college, she had an unusual job as a private investigator. Her T.V. acting career from 1983 on includes appearances in Bob Newhart and the soap opera The Guiding Light. Her six-year run as Mary Anne was her longest acting gig. 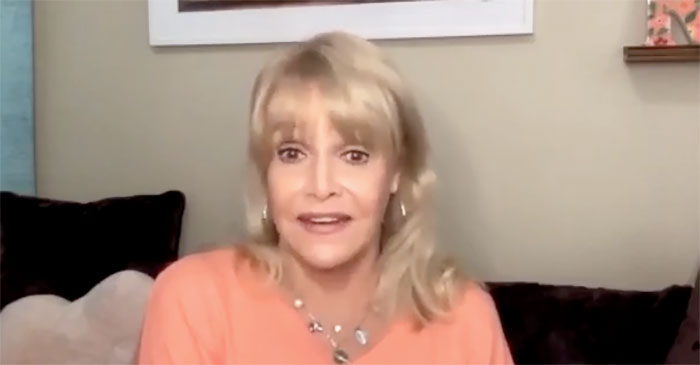 Since the show ended, Arthur appeared in Circus of the Stars (1995 on), and the film Get Shorty (1995). Her last credited role was in 2014 for the film The Palmer Supremacy. 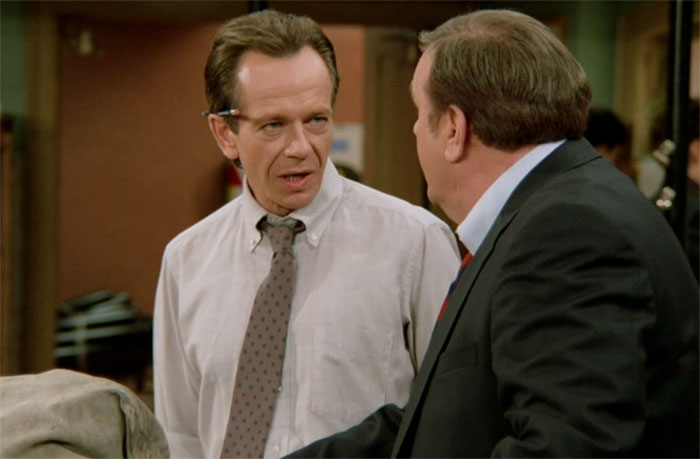 Anderson is a character actor who often flies under the radar. On Perfect Strangers as mail room supervisor Gorpley, he was in thirty-seven episodes – his longest acting run. Anderson’s recurring or guest roles are abundant in film or on the television screen.

Like Belita Moreno, his post-Perfect Strangers career did not fade. By 2019, Anderson had appeared or had recurring roles in eighty-plus television roles. An interesting fact: Anderson is a director in an L.A.-based theater company. 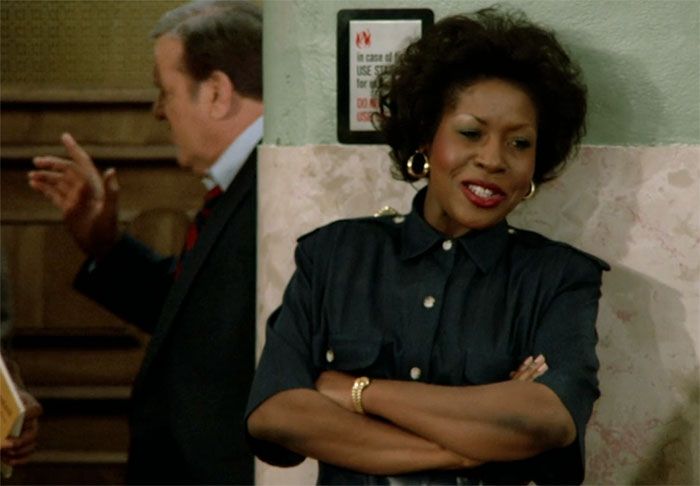 As the elevator operator on the show, Payton is the only character whose role morphed into a second sitcom. Her character Harriette got introduced in season 4.

Her career started in the late 1970s with roles in movies and television. Her Perfect Strangers role lasted until 1989, when the show spun off into Family Matters, which ran for nine seasons. 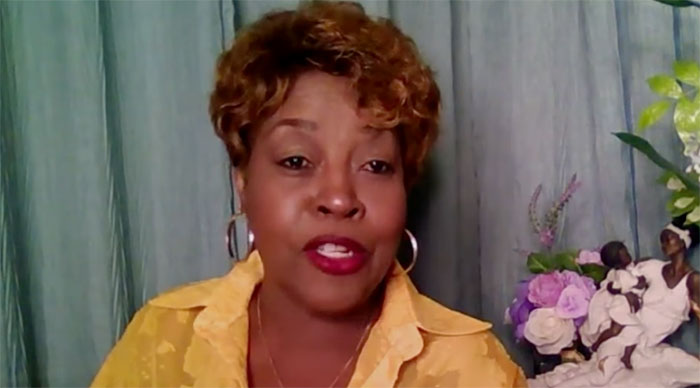 Jo Marie Payton has had a prodigious career and steady career since her time on Perfect Stranger and has had over 62 TV and moviec credits. Her most recent gig was in 2022 for the animated series The Proud Family: Louder and Prouder. . 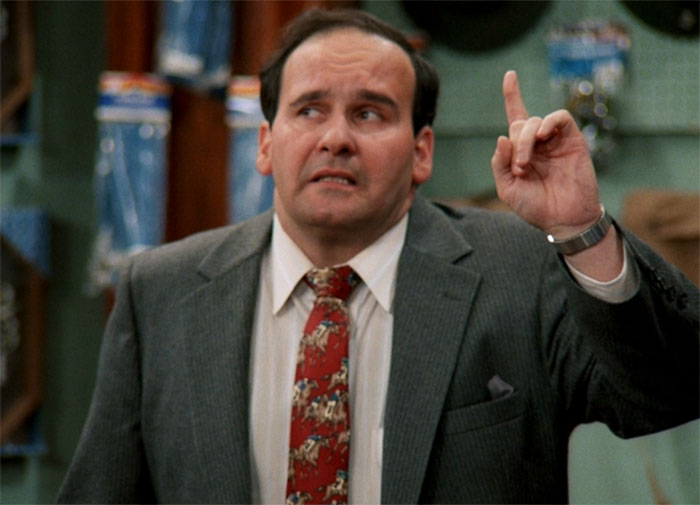 Sabella is a perfect example of an actor you see but cannot place. A proficient actor, he procured parts in stage, film, and television. His first roles came in the late 1970s. On Perfect Strangers, Sabella played store owner Twinkacetti in many episodes starting in 1986. Besides this sitcom, he has popped up on episodes of Seinfeld ("The Naked Subway Guy") and Bob Newhart as a cop and on Saved By The Bell as ‘Leon Carosi’. 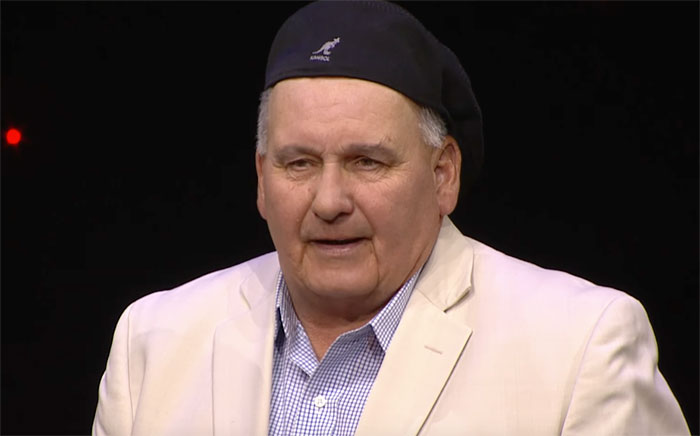 His most notable performance and one that you’ve all probably seen and heard is the voice of Pumbaa the Warthog in The Lion King. He has provided his voice to Pumbaa in various TV and movie productions since 1994 and continues to this day. 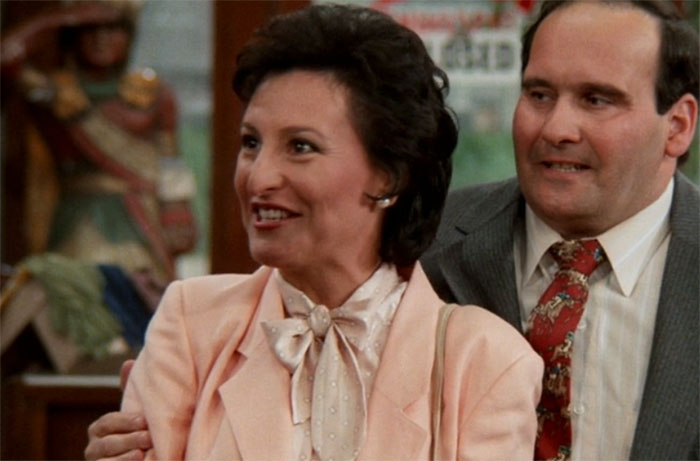 Moreno is a long-time actress starting with appearances in 1970s sitcoms like Mary Hartman. By 1988, Moreno’s had an established movie career with nine roles. She was a regular cast member on Family Ties until 1988. Perfect Strangers was her next big sitcom playing both wife Edwina and investigative reporter Lydia. 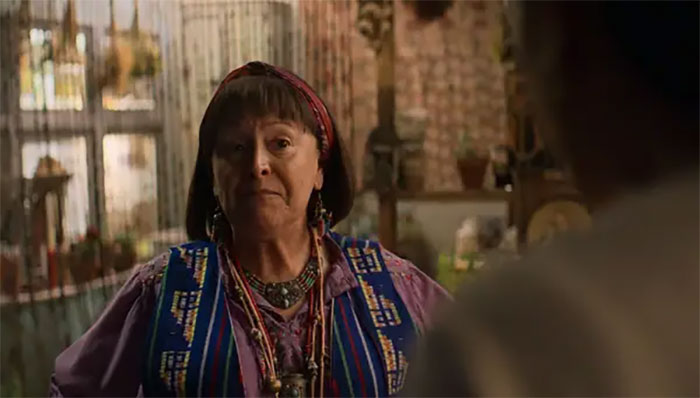