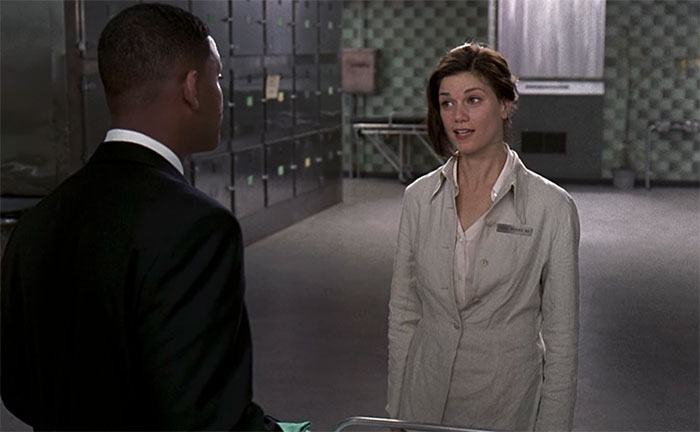 Linda Fiorentino was born in Philadelphia, Pennsylvania, on March 9th, 1958. Fiorentino is an actress who was active in the film industry from 1984 to 2009.

Linda Fiorentino is one of seven siblings, though some sources suggest there may have been eight. She was born to an Italian-American family, though very little is known about them.

According to some biographical information, she and her family moved to Turnersville in South New Jersey for a time.

She would graduate from Washington Township High in Sewell, New Jersey, in 1976. Following that, she would attend Rosemont College in Philadelphia and begin performing in plays. She would graduate in 1980 with a BA in political science.

To further her training in acting, she joined the Circle in the Square Theater School in Manhattan. To put herself through acting school, she worked as a bartender at a nightclub where Bruce Willis also worked. 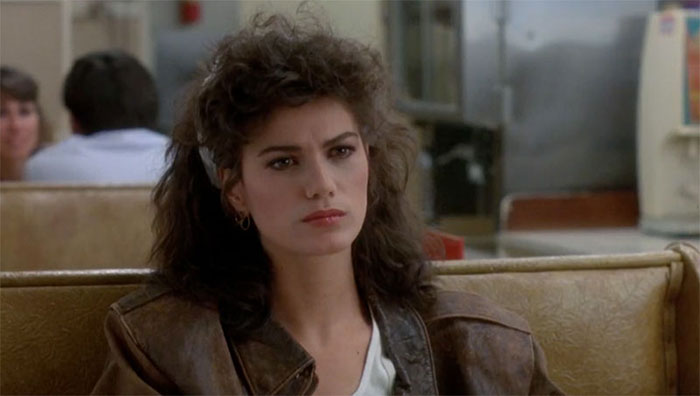 Linda Fiorentino’s first role was in the 1985 drama Vision Quest. The film follows a high school wrestler who struggles to train because of a beautiful drifter entering his life.

The film, directed by Harold Becker, starred Matthew Modine as the wrestler, Louden, while Linda Fiorentino played the drifter, Carla.

Critics praised her for her performance, but in a sign of trouble, she would quit acting following the film after a Warner Bros. executive lobbed a sexist comment at her. However, she would return to acting that same year to combat occurring credit card debt. 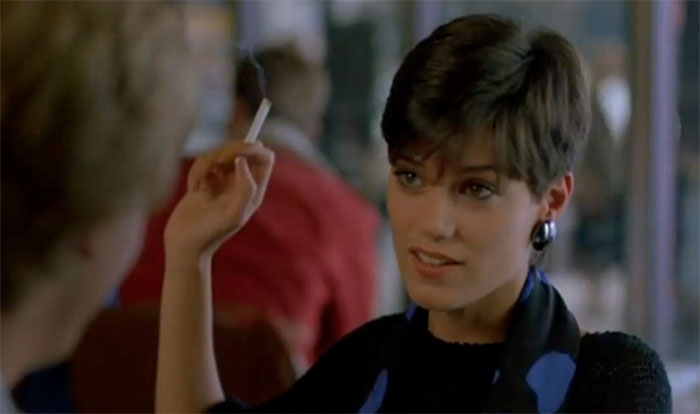 She would make two more films in 1985, including Gotcha! And After Hours. That same year she would take her only television series role with an episode of Alfred Hitchcock Presents in an episode titled “The Night Caller.” She would appear in a couple of TV movies during her career, but her only television series credit would be that single episode. 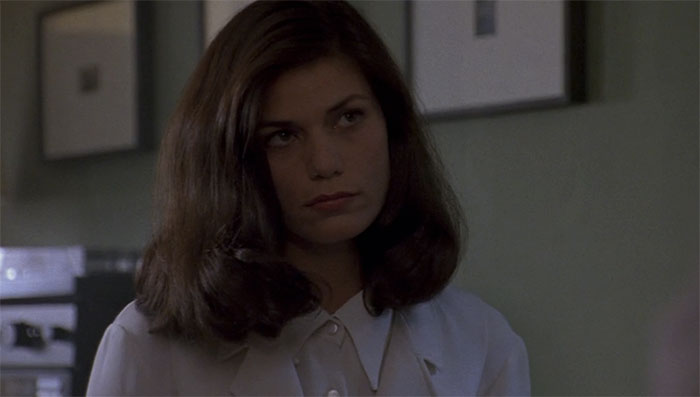 Linda Fiorentino would gain significant attention years later in 1994 with the crime drama The Last Seduction. This neo-noir by director John Dahl had Linda Fiorentino playing a femme fatale named Bridget, which was a perfect fit for her look and smokey voice.

The film follows her character’s theft of her husband’s drug money and her attempt to go into hiding. She would star opposite Bill Pullman and Peter Berg.

Men in Black was a blockbuster film that would launch a franchise. Directed by Barry Sonnenfeld, the film was a comic book adaptation that follows a pair of secretive alien-policing agents who must defend the other from destruction.

Linda Fiorentino had landed a role in a major studio film opposite Will Smith and Tommy Lee Jones. She was also set to feature in the inevitable sequel. 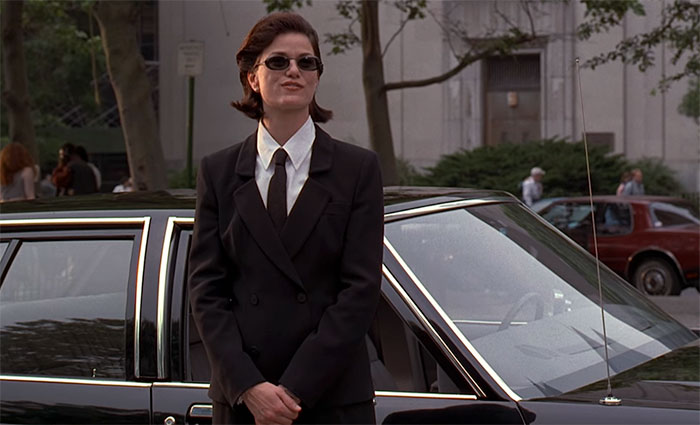 That was not to happen for her, however. Around the time of Men in Black, the Hollywood rumor mill began to buzz with the idea that she was a difficult actress. It is unsure how much of it is true, but reporting at the time suggested that part of Tommy Lee Jones’ contract stipulation to return for Men in Black 2 was that Fiorentino was not to be invited back. Again, it seemed the reasoning for this, according to tabloids, was that she was considered tempestuous. 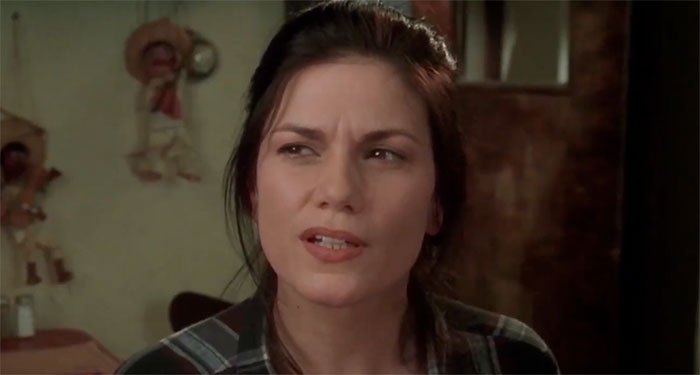 The rumors of difficulty working with her would eventually derail her career in the 1999 release of Dogma. Fiorentino would play an abortion clinic employee who would be tasked to save the world after God goes missing. The film was a critical and commercial success.

According to director Kevin Smith, however, Fiorentino was tough to work with. Kevin Smith’s comments about her and her behavior on set painted her in a very negative light, and in combination with the reports of difficulties on Men in Black, began to sink her career.

However in 2018, Kevin Smith mentioned that Linda reached out to him via email regarding his heart attack and afterwards he was apologetic about his comments about her in the past.

Why did Linda Fiorentino stop acting? 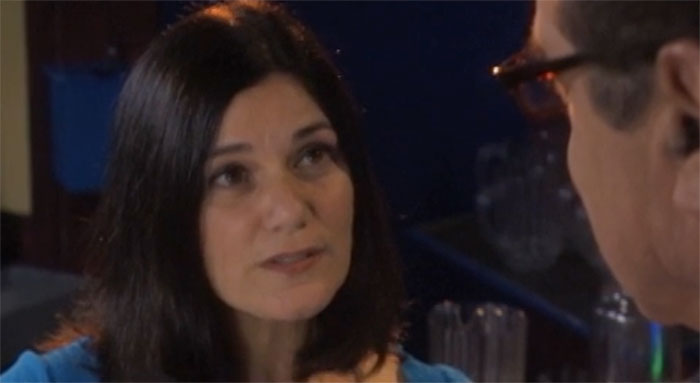 Many rumors of her being difficult likely had certain validity, but by the end of the 1990s, Fiorentino’s career seemed unusually dead in record time. She would make a few more films between 2000 and 2002 and be virtually unseen again until a direct-to-video project (Once More With Feeling) in 2009.

There is a possibility that her career may have been sabotaged to a degree by a powerful film producer, potentially Harvey Weinstein. The former leader of Miramax was discovered to have pressured actresses into sex for roles and was convicted of criminal section act in the first-degree and third-degree rape in early 2020.

Given Fiorentino’s attitude in her career and assertive nature, it may be that she was challenging to work with due to issues with being blackballed by Harvey Weinstein, especially as many of these issues line up with the production of Dogma, a Miramax-distributed film.

What is Linda Fiorentino doing now?

It is unknown how Linda Fiorentino is spending her retirement. She may be working as a photographer, but her website hasn’t been updated in a long time.

Her last public appearance was in October 2010 for the The National Italian American Foundation’s 35th Anniversary Awards Gala.

Linda Fiorentino was married once to the director and writer John Byrum, but the marriage only spanned from June 1992 to 1993.

In a more bizarre chapter of her story, she also had been in a relationship for a time with private investigator Anthony Pellicano. While dating FBI Agent Mark T. Rossini, she sought to aid Pellicano with a legal issue. She asked Rossini to search for evidence on Pellicano’s case, which Fiorentino passed on to Pellicano.

There have been no articles or birth announcements regarding Linda Fiorentino having children.

Linda Fiorentino appeared to have a Twitter account for a time, but it has remained unverified and unused since 2014.