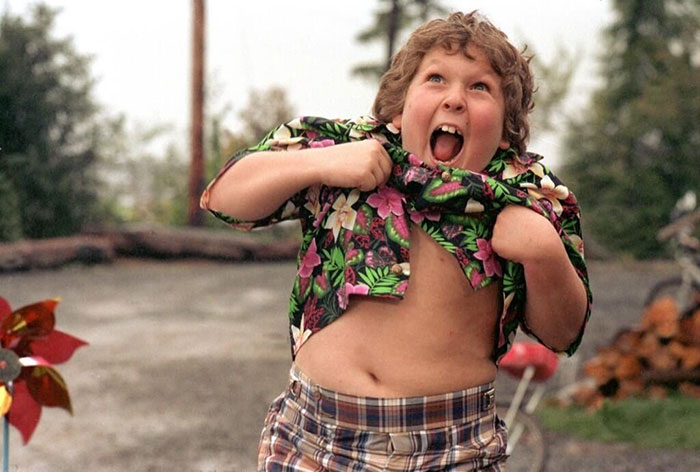 Jeff Cohen is an American actor best known for playing Chunk in the 1980s cult classic movie The Goonies. The actor also guest appeared in several films and television shows before retiring from Hollywood and pursuing a career as a lawyer.

Cohen’s brother, Edie Faye, is a playwright, and his mother and sister appeared in a 2004 episode of TLC’s Clean Sweep, where they organized the house they lived in for 32 years. 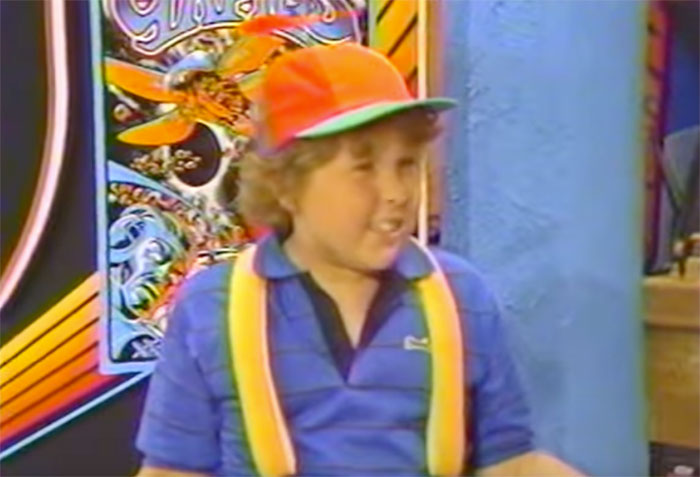 Before landing his iconic role of Chunk, Cohen played Ralph in the TV movie Little Shots and had guest appearances in several television shows, including Tales from the Darkside, Webster, Kids Incorporated, and The Facts of Life.

While the actor slowly added credits to his resume, he will undoubtedly be known for his role in the Steven Spielberg film The Goonies. The 80s classic made Cohen a household name playing a character that fans will never forget. 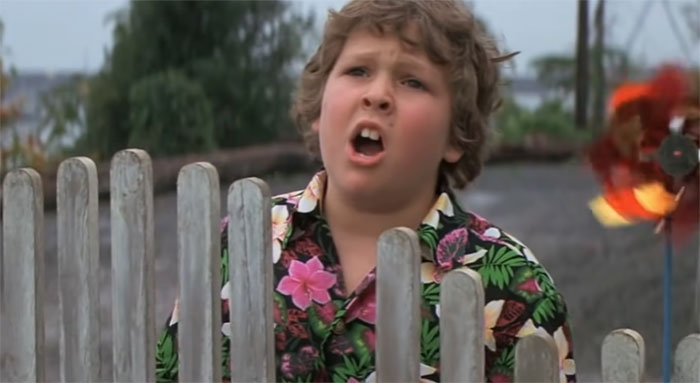 The Goonies premiered in 1985 from a screenplay by Chris Columbus (also known for Home Alone, Home Alone 2, Mrs. Doubtfire, and many other classics) and was based on a story by Steven Spielberg.

Jeff Cohen played Lawrence “Chunk” Cohen in the adventure comedy film that followed a group of kids who lived in the “Goon Docks” neighborhood and were attempting to save their home from foreclosure.

During the process, they discover a treasure map, which is set to lead them to the long-lost fortune of One-Eyed Willy, a famous pirate from the 17th century. However, the kids are chased by criminals who also want the treasure. 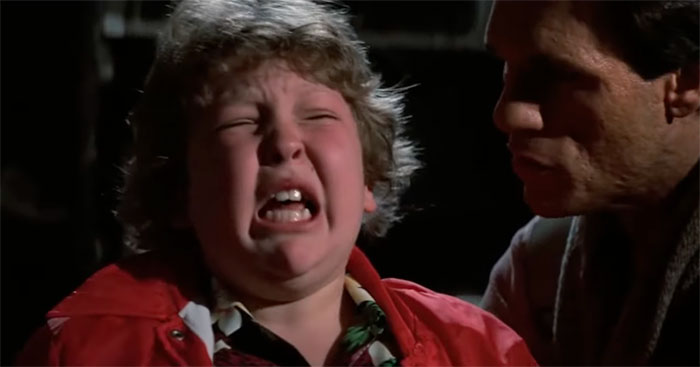 Cohen’s character, “Chunk,” is known for being a liar and for his voracious love of food. Chunk enjoyed showing off his signature move, which involved lifting his shirt and wiggling around while making excessive noises.

Chunk saves the day despite his faults by becoming friends with the villain’s son. Fans also know Chunk for his Hawaiian shirts and plaid plants.

The film grossed $125 million worldwide with a budget of $19 million, quickly becoming a cult classic. 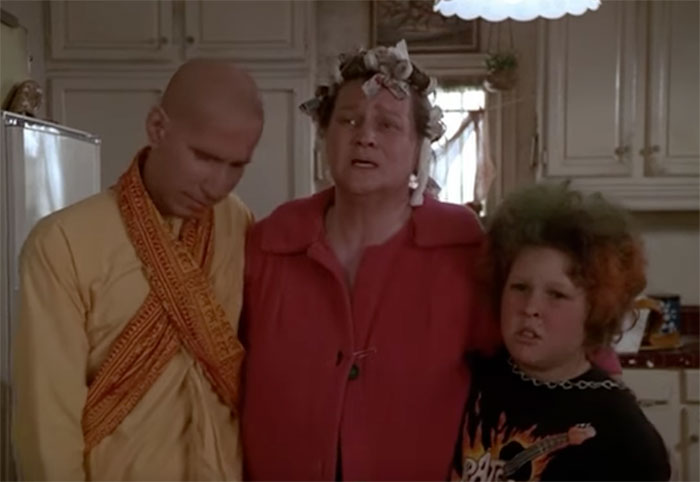 The actor appeared in two episodes of the anthology television series Amazing Stories from 1985-1987. Despite only airing for two years, the series was nominated for 12 Emmy Awards, winning five.

The series was created by Steven Spielberg, with Cohen playing Ralph in the “Remote Control Man” episode and Eddie in “Magic Saturday.” 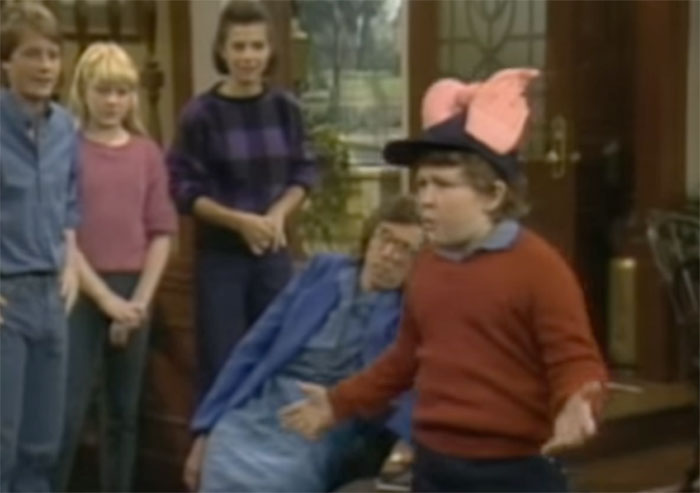 The series ran from 1982-1989 with a total of 176 episodes and earned Fox three Emmy Awards for Outstanding Lead Actor in a Comedy Series.

Cohen played Francis Wimpy in the 1980s animated series Popeye and Son, based on the Popeye comic strip.

The series only ran for one season and followed Popeye, his girlfriend Olive Oil, and their son Popeye Jr. While Popeye Jr has the same strength as his father, he prefers hamburgers over Popeye’s love of spinach. 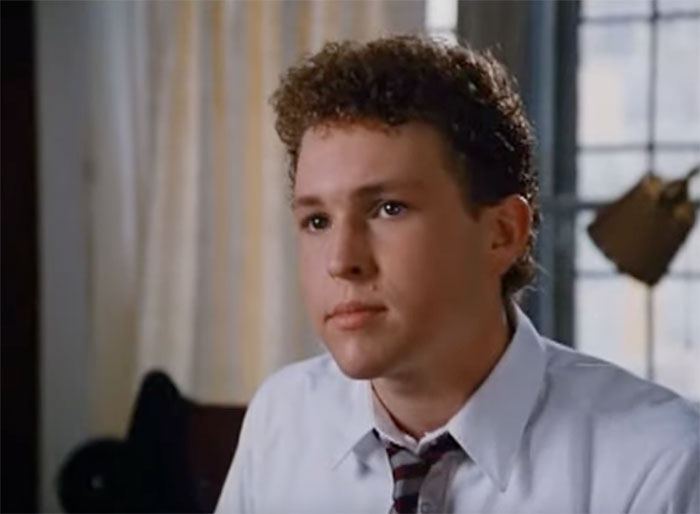 The film is centered around a private-all-white school in South Carolina, and the story follows a new teacher who comes in and tries to reduce the prejudice and hostility amongst students.

Why did he quit acting? What did he do after acting?

Cohen was known for playing the overweight “Chunk,” so when he lost weight and hit puberty, Hollywood doors started to shut on him.

His iconic “Truffle Shuffle” from The Goonies would play a role in his being typecast, and he would soon be unrecognizable as he lost weight. He said, “I didn’t give up acting. Acting gave me up.”

After closing the door on acting, he became a production assistant for Goonies director Richard Donner. Cohen asked Donner and his wife for a letter of recommendation to help him get into college, and, instead, they offered to pay for his full tuition. 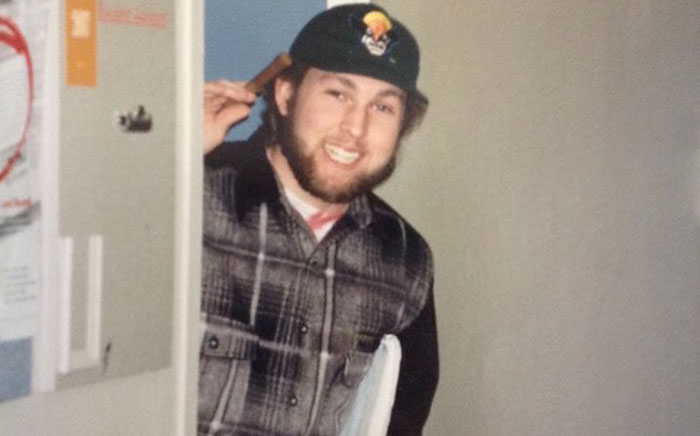 Cohen wasn’t always sure he wanted to pursue a career in law, but he knew he wanted a legal education. While an undergraduate, the actor became interested in business and politics, along with his long-term interest in the entertainment industry.

Jeff received his B.S. in Business from the University of California, Berkeley and then received his Juris Doctor from UCLA Law School, emphasizing in business law.

What is Jeff Cohen doing now? 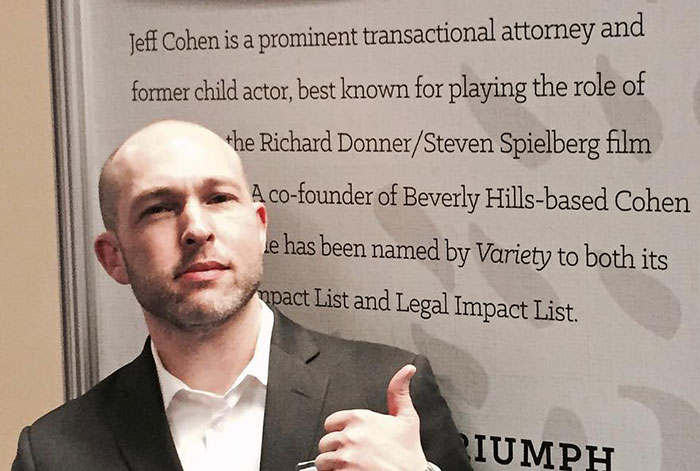 Jeff Cohen has owned his law firm, Cohen Gardner LLP, in Beverly Hills since June 2002. According to his LinkedIn page, he specializes in technology, entertainment, media, licensing, and intellectual property.

In 2016, Jeff authored the book The Dealmaker’s Ten Commandments: Ten Essential Tools for Business Forged in the Trenches of Hollywood. The book is a collection of practical advice that helps readers navigate the business world. 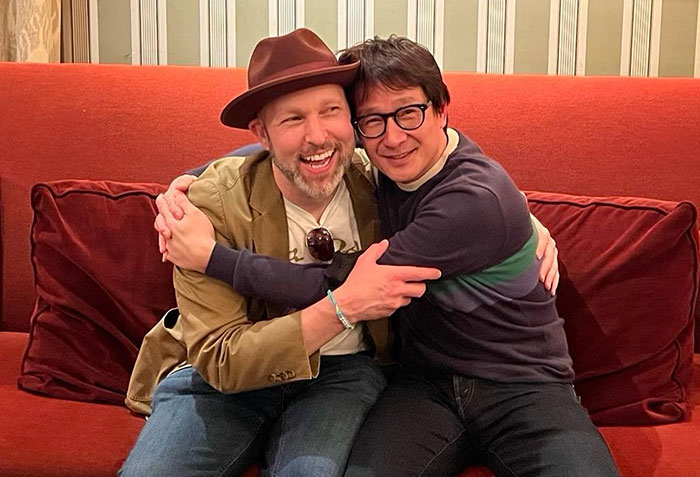 Jeff helped his Goonies co-star, Ke Huy Quan, close his contract deal for the 2022 science fiction film Everything Everywhere All At Once, as well as his role in the second season of Loki.

The two have remained friends over the years and even have visited Disneyland together, which they posted about on Instagram.

Cohen has never been married, and the actor/turned lawyer has no children. The actor posts on Instagram and often references his famous “Chunk” character.