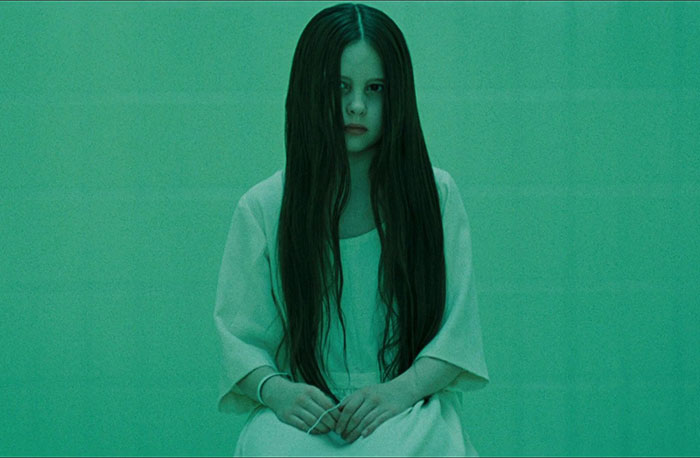 Daveigh Chase is an actress who is know for her role as Samara in the 2002 film The Ring, as well as being the voice of Lilo in the Lilo and Stitch franchise.

She was born in Las Vegas, Nevada on July 24th, 1990 to Cathy Chase and John Schwallier. Her father’s surname was dropped after her parents’ subsequent divorce, and she later gained a half-brother named Cade.

Living with her mother in Albany, Oregon, Daveigh discovered a talent for singing and dancing at the age of three. She made the most of these talents, showcasing her abilities during community events in her hometown and the surrounding areas.

Her hard work was rewarded when her mother entered her into the “Little Miss American Pageant,” where she was chosen as the winner in the national vocal competition.

This success led to the acquisition of an agent specializing in television commercial roles. At the tender age of 7, she was advertising for Campbell’s Soup. Around this time, Daveigh also performed theater roles and worked to perfect her art.

Since then, she has played many roles in television and movies, perhaps best known for her portrayal of Samara in the blockbuster horror film “The Ring” and the voice of Lilo in the Disney movie, “Lilo and Stitch.”

During 1998, seven-year old Daveigh earned the starring role in a musical theater production of Utah!, which earned her additional prestige and attention.

She auditioned for test roles on several pilots and earned minor roles on shows such as Sabrina the Teenage Witch, Charmed, and ER. She also  played bit parts on a handful of made-for-TV movies.

In 1999, she returned to her musical roots by putting together a small band and performing as the opening act for Reba McEntire. From time to time throughout her career, her singing talent would prove useful in her films and for her own enjoyment.

In 2001, she made a larger breakthrough when she was cast as Samantha Darko, the main protagonist’s sister in the feature film Donnie Darko. 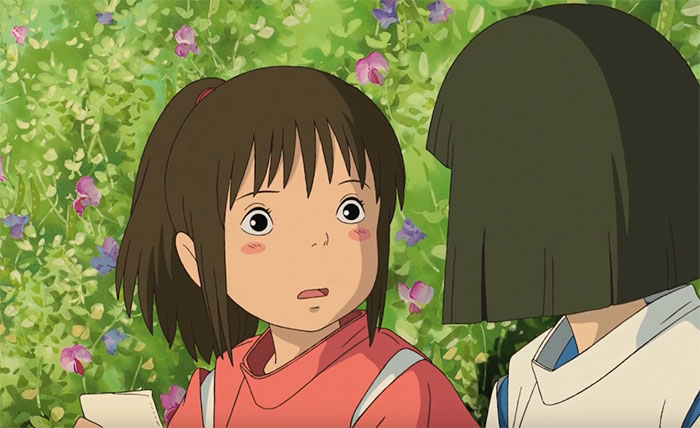 Her voice earned her crucial starring roles as well. That same year, she performed the voice of the main heroine, “Chihiro,” in Studio Ghibli’s Spirited Away, which would later win an Oscar for “Best Animated Film.”

These were crucial years in her career, and in 2002, Daveigh truly broke out when she was selected as the voice for one of the titular characters in Disney’s animated film “Lilo and Stitch.” 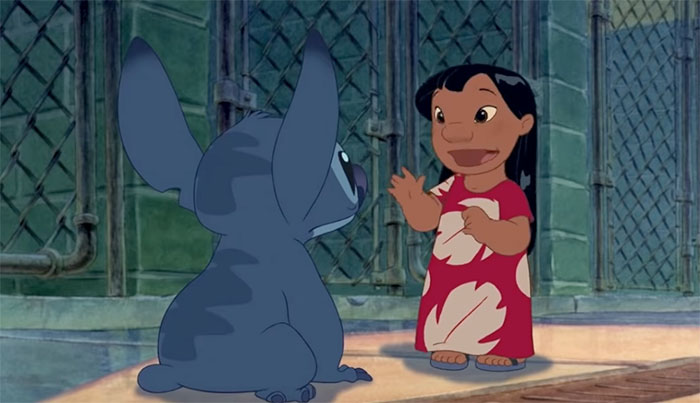 2002’s Lilo and Stitch provided Daveigh Chase with a significant voice role that she would embrace for many years to follow – that of the Hawaiian girl “Lilo Pelekai.”

In the film, her character tries to housebreak a spunky blue alien named Stitch using Elvis Presley’s music as a spiritual guide. As expected of Disney’s animated films, the movie was a great hit and was nominated for Best Animated Feature in 2003, but lost to her other animated film: Spirited Away.

The movie spurred a series of sequels, video games, and spin-offs in which she reprised her role as the voice of Lilo, including: Stitch! The Movie, Leroy and Stitch, and a television series called Lilo and Stitch: The Series.

She was reportedly so busy with this later series that when Lilo and Stitch 2: Stitch Has a Glitch was in development, she encouraged her close friend Dakota Fanning to take over the role of her iconic character. 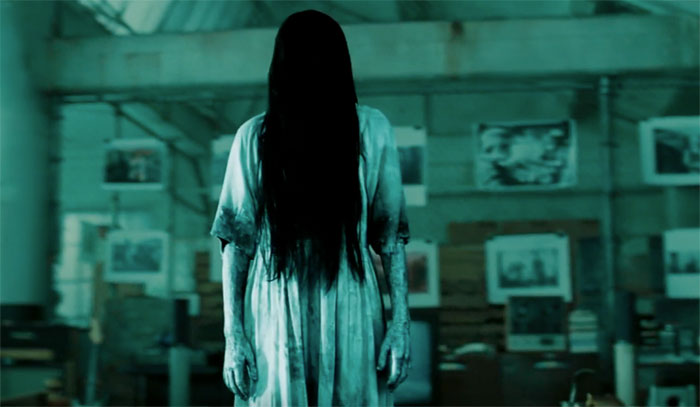 This same busy year, Daveigh appeared in movie theaters everywhere as the creepy paranormal antagonist “Samara Morgan” in The Ring, an American remake of the 1998 Japanese movie simply entitled Ring.

In the film, a journalist investigates mysterious circumstances revolving around a questionable video tape that results in the death of anyone who views it exactly one week afterward.

On that video tape, viewers witness a strange rotting girl with her face mostly obscured by her hair, moving ever closer in a peculiar jerky fashion. This, of course, was Daveigh Chase. 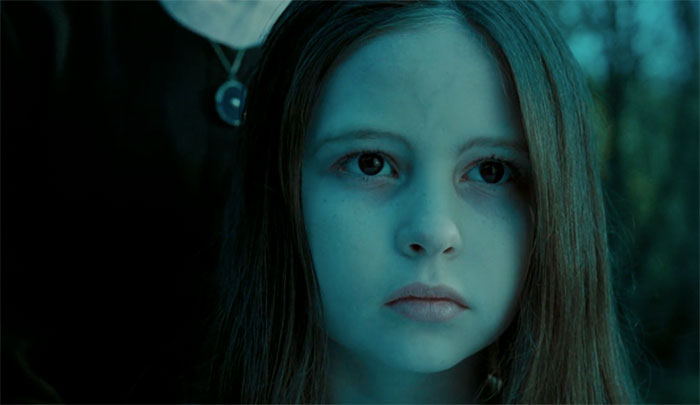 The movie was a blockbuster hit, earning over $249 million dollars worldwide and netting Daveigh the 2003 MTV Movie Award for “best villain.”

While she was not involved in the 2005 followup, The Ring Two, she did receive a credit for footage used from the first film. 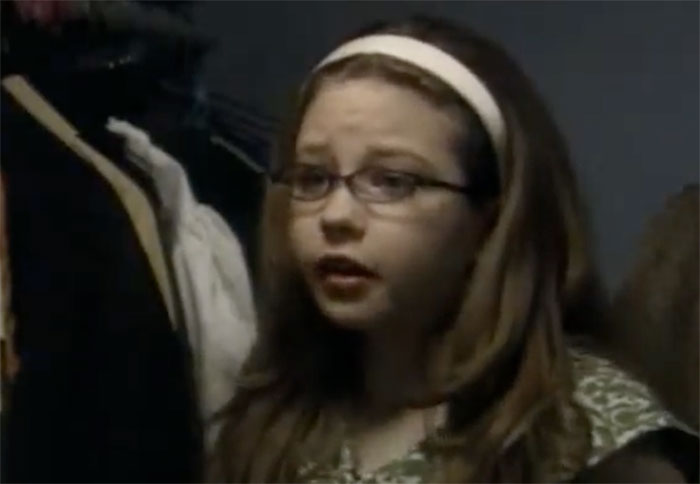 Following her role in The Ring, Daveigh returned to television. She made minor appearances in several shows before landing the main cast role of “Joyce” in the 2003 American sitcom Oliver Beene.

This comedy was set in the early sixties, revolving around the titular character’s attempt to survive his teenage years while enduring his unpredictable family.

Daveigh’s character “Joyce,” along with “Michael,” serve as Oliver’s best friends, helping him endure the challenges of his family life and other complications that he faces throughout the two seasons of the show.

When that show ended, Daveigh busied herself with her role voicing Lilo on Lilo and Stitch: The Series until 2006. 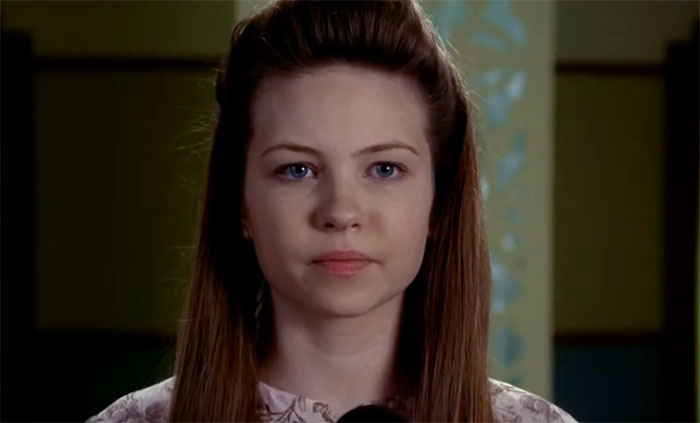 Rhonda is an intelligent girl with aspirations to become an actor, but struggles with social interactions, often behaving in selfish or demanding ways. She desperately wants friends, but her attitude and demeanor make this a challenging prospect, especially as she exhibits the traits of a pathological liar.

The series ran for five seasons and was nominated for quite a few awards, winning several, including an AFI award and writer’s guild award for the writing. 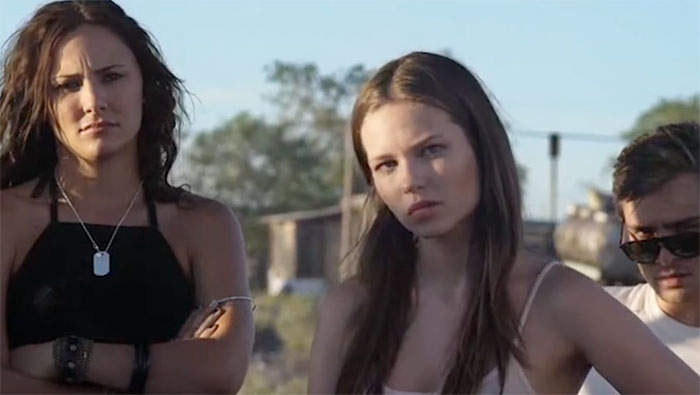 In the midst of her work on Big Love, Daveigh returned to star in the 2009 feature film sequel S. Darko, recurring her role as Samantha from Donnie Darko.

Set seven years after the first film, Donnie’s sister is tasked with uncovering a mystery in a small town while plagued with hallucinations, sleepwalking, and episodes that seem to involve time travel.

However, the film met with mixed reviews, often criticized for having a muddled plot, poor writing, and inability to recapture the feel of the original.

What is Daveigh Chase Doing Now? 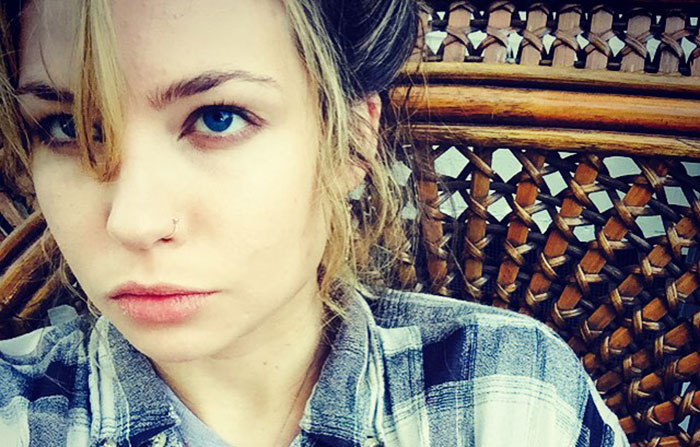 Even though she was only about 21 years old by the time her work finished on Big Love, Daveigh’s acting credits began to wane.

She appeared in limited roles from then until 2016, mostly feature films such as Wild in Blue, Jack Goes Home, and American Romance. After that time, she disappeared from the world of acting.

Sadly, this sudden end to a promising career is likely the result of her own behavior and poor choices.

In 2015, she was slated to appear at the Monster-Mania convention after accepting a large advance as a guarantee that she would appear. When she did not, the convention promoters were understandably upset, and so too were the fans that attended the convention expecting to see her.

This sudden unreliability was probably the result of her involvement with the drug scene, for two years after her no-show, she was arrested for riding shotgun in a stolen vehicle.

Shortly thereafter, she reportedly left a man outside of a hospital that was suffering from a drug overdose, from which he eventually died.

She found herself in jail again a year and a half later on drug possession charges, and again six months later.

Since her last arrest in 2019, Daveigh seems to be focusing on her health and recovery, important steps as she attempts to rebuild a life derailed by the horrors of drug addiction.