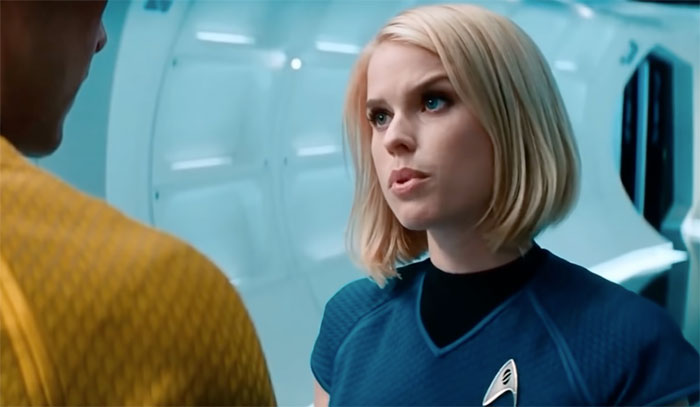 Alice Sophia Eve was born in London, England on February 6th, 2982. She is of mixed English, Irish, and Welsh descent and has a rare condition called heterochromia, which means that each of her eyes are a different color – her left eye is blue while her right is green.

Her parents, Trevor Eve and Sharon Maughan, were both actors, so it was no surprise when she began to pursue her own career in the field. They later had two boys as well, making Alice the eldest of three children. 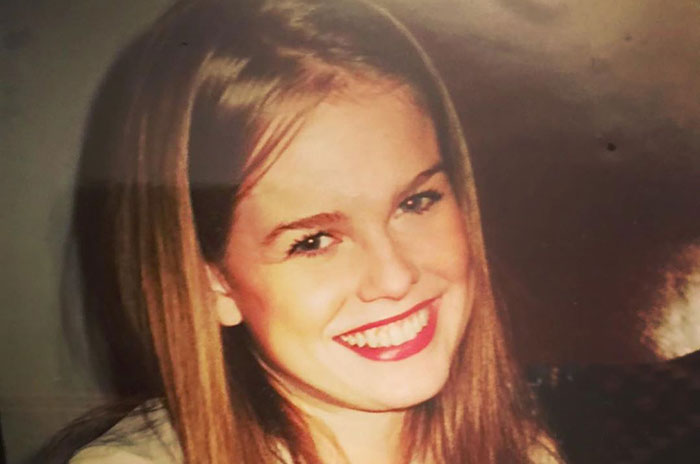 As her mother and father were often traveling for various roles, she attended school at a variety of different facilities throughout her childhood, including in Chichester, at Bedales School, and Westminster in London. During these years, she participated in drama programs, preparing herself for a life on the big screen.

She spent a year’s sabbatical studying at Beverly Hills Playhouse in the United States before returning to the U.K. to attend university at Oxford University’s St. Catherine’s college. While there, she continued to participate in student stage productions, acting in a variety of roles. 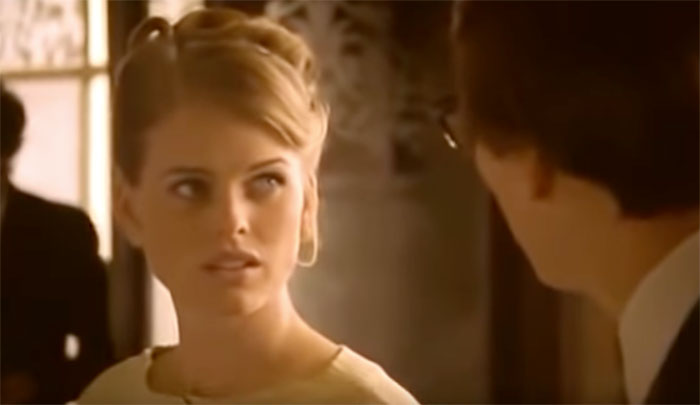 Alice’s professional career kicked off in 2004. She simultaneously earned parts in both TV and movie productions, performing minor roles as “Martha Guthrie” in the made-for-TV movie Hawking, about physicist Stephen Hawking’s search for the beginning of time, and as “Miss Frayne” in the period film Stage Beauty.

The following year found her making appearances in more period pieces. She played the character “Cicely Boyd” in three episodes of the TV miniseries The Rotters Club, then assumed the role of “Countess Giulietta Guicciardi” in the miniseries documentary Beethoven. She was also in an episode of Poirot, based upon Agatha Christie’s legendary detective Hercule Poirot.

However, it was 2006 when she began to really come into her own as an actress as she scored larger roles in two major films. 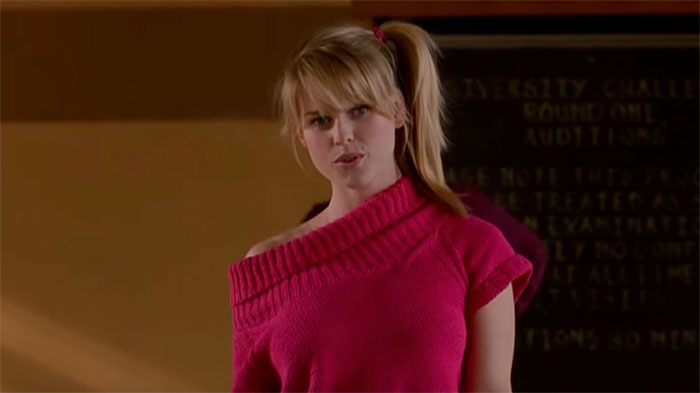 The first of those was Starter for 10, a comedy-drama film that took place in the year 1985. Alice played the character “Alice Harbinson” opposite actor James McAvoy, who filled the role of first-year university student “Brian Jackson.”

Brian is enamored with the TV quiz show University Challenge, but loses out on the opportunity when he helps Alice Harbinson cheat on the qualifier exam. While he eventually makes the team, he is distracted by his infatuation with Alice and his relationship with a woman named Rebecca. He faces trials and tribulations involving the two women while trying to achieve the success he desires on his trivia team.

This was an important movie for Eve, as she enjoyed a more prominent role. 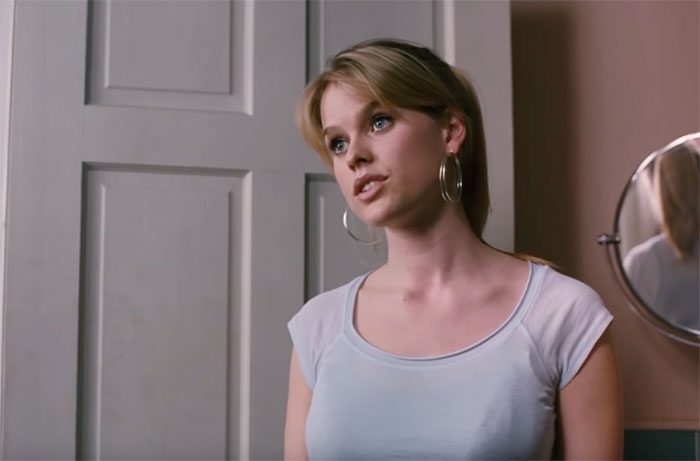 The same was true for Big Nothing, a dark crime comedy film that also featured David Schwimmer and Simon Pegg.

In this movie, Alice performed the role of teenage pageant queen “Josie McBroom,” who overhears two call-center employees planning a blackmailing scam and wants in on it.

However, the plot thickens when they find themselves thrust in the midst of a crime scene and become targets for a serial killer.

As one of the leading characters, Alice enjoyed greater screen visibility and her character was a crucial part of the plot’s surprise twist.

Eve then made a few more appearances on television episodes, participated in a short film named The Amazing Trousers, and played a supporting role in the 2009 movie Crossing Over.

She’s Out of My League 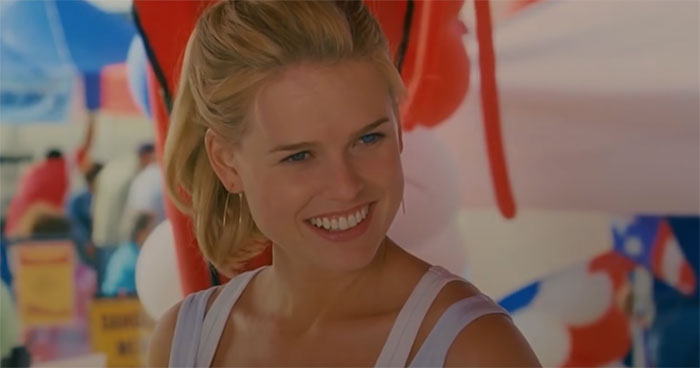 Yet, her next major role was She’s Out of My League, a romantic comedy that found her acting alongside her parents. She played “Molly,” love interest of main protagonist “Kirk,” and her real life mother and father portrayed her character’s fictional parents.

In the film, TSA agent Kirk meets Molly, a seemingly flawless beauty, but struggles with his own insecurities, causing turmoil in their relationship. The story revolves around their attempt to make things work, while Kirk tries to decide if he should continue to pursue Molly or return to his ex “Marnie” to try again.

The next few years found Alice performing major roles in films Decoy Bride (2011) and The Raven (2012). The former is another romantic comedy in the same vein as She’s Out of My League, while the latter is a dark crime thriller that serves as a fictionalized account of the life of Edgar Allen Poe. In each movie, she plays a major love interest for the protagonist.

However, one of her biggest roles was J.J. Abram’s franchise reboot movie Star Trek: Into Darkness, where Alice joined the already established crew of the U.S.S. Enterprise in the Kelvin timeline, an alternate version that exists outside established canon for the massively popular franchise.

She reprised the role of “Carol Marcus” from Star Trek 2: The Wrath of Khan, originally played by actress Bibi Besch.

Her version of the character joins the crew as a Science Officer, helping them face off with the Kelvin timeline version of classic Trek villain “Khan.”

Yet, despite being established in this movie, Alice Eve did not reprise her role for the following film in the series – Star Trek: Beyond. This left many fans confused as to the reason. 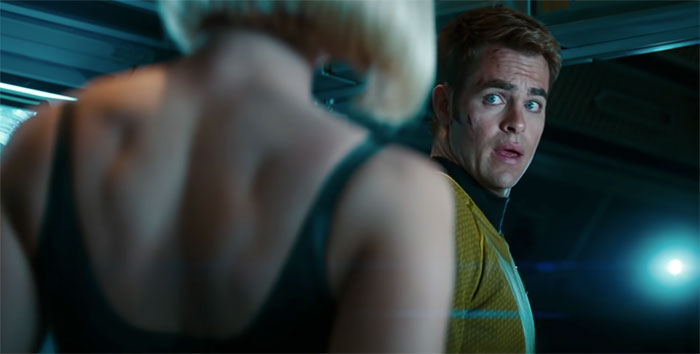 Some believed it may be the result of a controversial scene in Into Darkness, when Kirk witnesses Carol in the midst of changing clothes in what seemed for many a gratuitous and potentially exploitative display of Eve’s character in nothing but her underwear.

Alice herself responded to the backlash with confusion, indicating that she was perfectly fine with the scene and had even prepared for it with fitness trainers in advance.

Why is Alice Eve not in Star Trek Beyond?

Eventually, “Scotty” actor Simon Pegg (also her co-actor in Big Nothing) explained that the plot of the follow-up did not really have a fitting place for the character and that including her there would be a disservice for Eve and the character.

Instead, the character remains alive and waiting for potential casting in Kelvin Timeline Star Trek movies down the line. 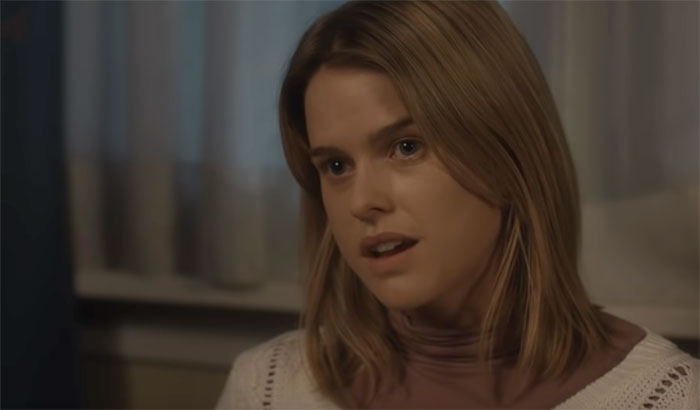 Alice seems to enjoy going back and forth with thrillers and romance, Star Trek notwithstanding. Her trend continues here with her next two major releases.

The crime thriller Cold Comes the Night gave Alice more of a central role than her other movies. In it, her character, “Chloe,” runs a shoddy motel in New York when she hears gunshots in one of the rooms.

Upon finding two bodies, she calls the police to investigate. However, the next day, the missing third man arrives and takes Chloe and her daughter hostage. He is a blind thief and needs her to be his eyes as he tracks down some missing money.

While Eve and her co-star Bryan Cranston were applauded for their performances, the movie itself garnered criticism for its series of illogical plot twists.

The following year, she returned to her comfort zone with Before We Go, a dramatic romance where her character “Brooke” gets robbed and essentially trapped in New York when she needs to get to Boston the next day. Enter Chris Evans as “Nick” to rush to her assistance and begin an adventure that will bring them closer together. 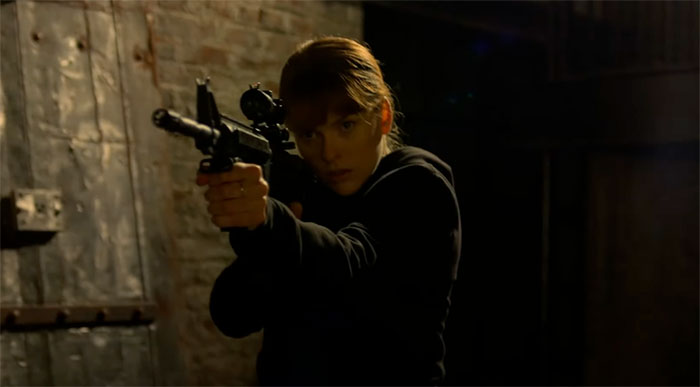 In 2016, she played in Criminal and Misconduct, two movies in which she was one among larger casts of characters.

Then, she decided it was time for something a little different, a role that would allow her to stretch her acting abilities.

Marvel Comic character Iron Fist had a self-titled television series, and she joined the second season as “Mary Walker, ” a private-investigator, mercenary, and former special ops soldier in the U.S. army.

She suffers from dissociative identity disorder, swapping between two distinct identities, the innocent-like “Mary” and the blood-thirsty “Walker.”

She eventually develops a third mysterious alternate personality throughout the ten-episode season, all of which featured her character.

What is Alice Eve Doing Now? 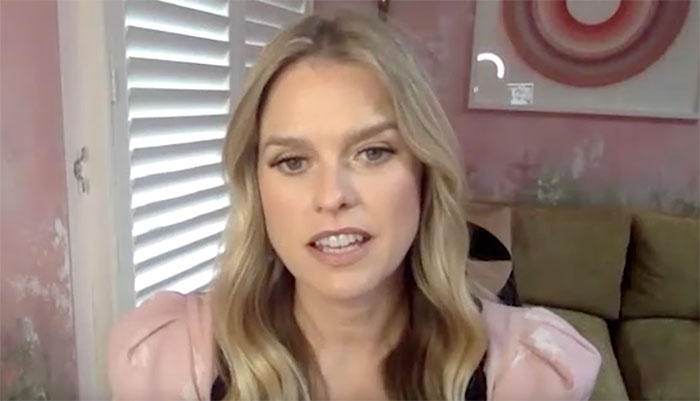 Alice’s career shows no signs of slowing down and her talents are still in high demand.

In 2022, Alice returned to her period piece roots with appearances in six episodes of the television series Belgravia and was cast in the 2022 psychological thriller The Infernal Machine alongside Guy Pierce. 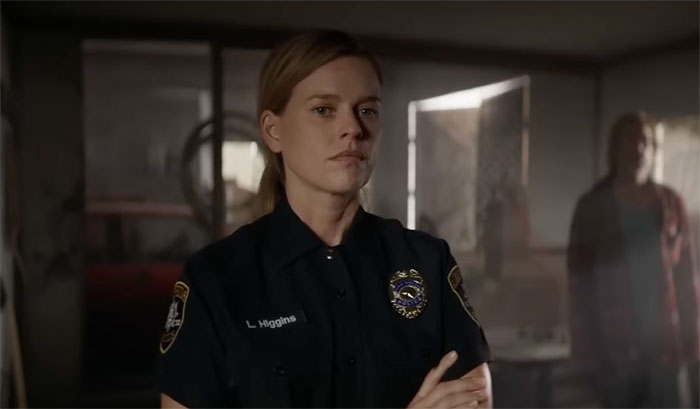 She is also slated to appear in several upcoming movies, including Warning, and The Power. 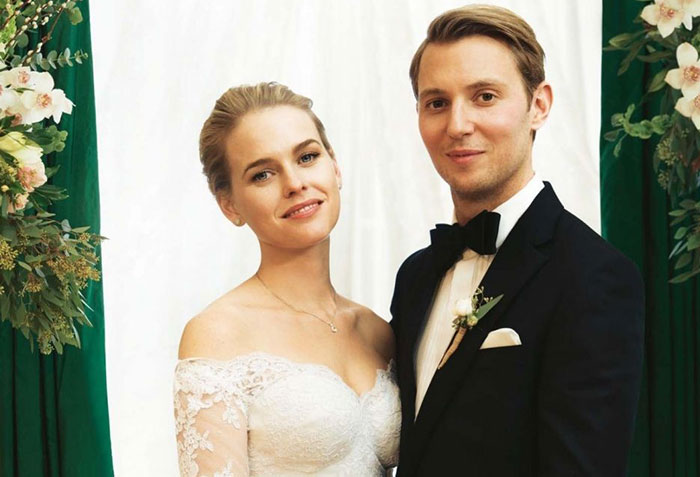 After the relationship she began with poet Adam O’Riordan in 2009 ended in 2012, she married financier Alex Cowper-Smith in 2014, who she originally met as a teen at Westminster school. However, this rekindled relationship would not last either, as they divorced in 2017.

Since then, she has dated several different men, but has seemingly not found “Mr. Right.” While reportedly a fan of children, Alice currently has none of her own.