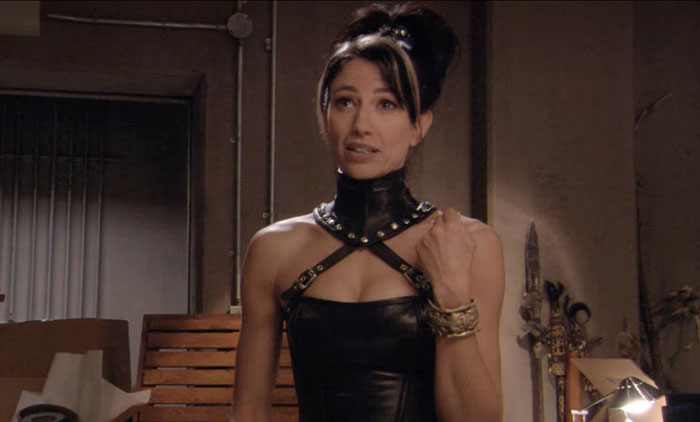 Claudia Black is an Australian actress who is best known for her role as “Ayren Sun” in the Farscape television show and “Vala Mal Doran” in Stargate SG-1.

During her formative years, she attended the Kambala Church of England Girls School in Sidney, Australia.

Her family lived a rather transient life, at times making their home in Canada, Spain, the United States, New Zealand, the United Kingdom, and Spain. 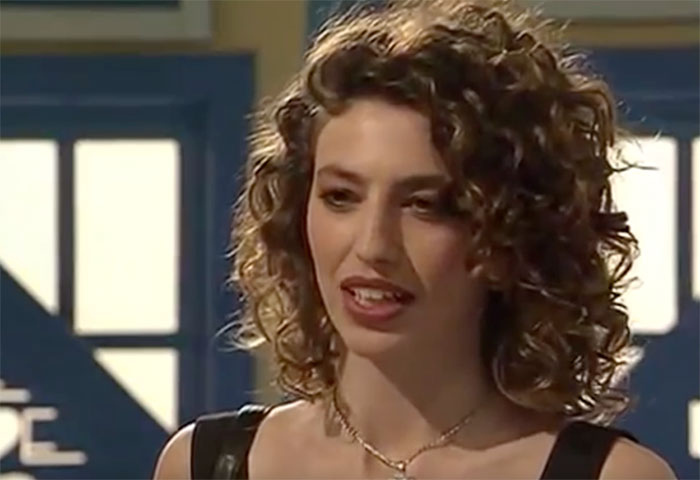 Claudia got her acting start in 1992 on the Australian long-running soap opera Home and Away. She made appearances in two episodes as a character named “Sondra.”

From there, she played the role of “Greed” in an episode of the 1993 television mini-series Seven Deadly Sins, which explored the darker side of human nature, debuting the same amount of episodes as the sins they were exploring. Notably, Hugo Weaving also participated in the series as “Lust.”

This role was likely the springboard for her next role, when she finally landed a starring role on the regular cast of 1996’s City Life, a fresh New Zealand soap opera in which she played “Angela Kostapas,” a corporate lawyer who eventually abandons her high-profile job, deciding to try her hand at legal aid instead.

Her next significant role would be one of the most prolific of her career, that of the fighter pilot Peacekeeper “Ayren Sun” on the Science Fiction series Farscape. 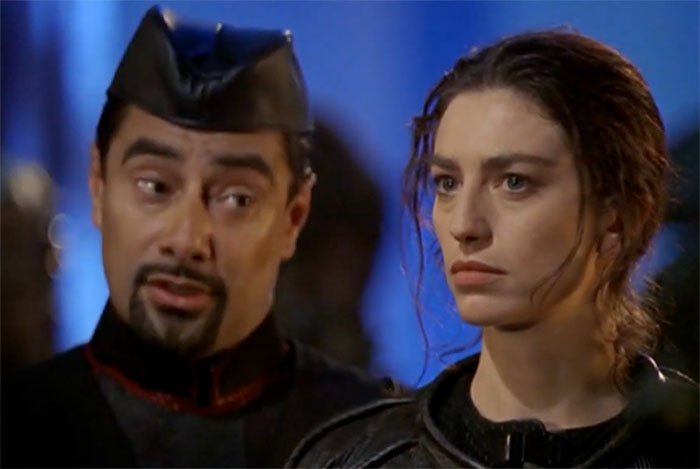 Farscape revolves around Earth astronaut John Crichton’s attempt to find his way back after a wormhole transports him to an unknown sector within the far reaches of the galaxy.

He runs afoul of antagonist Bialar Crais, a Peacekeeper Captain who believes that Crichton is responsible for the death of his brother.

The Peacekeepers are a private military organization willing to contract themselves out as a security or “peacekeeping” force.

As he attempts to escape and find his way home, he meets a diverse cast of others that form a new crew, many of which share his desire to find “home.”

One of these is Claudia Black’s character “Ayren Sun,” a fighter pilot who has begun to question the Peacekeeper values which she has held dear during her time with them.

As a main cast member, she continued the role through all 88 episodes, until the series’ cancellation in 2002 after four seasons, then picked it up again with a two-episode conclusion miniseries entitled Farscape: The Peacekeeping Wars. 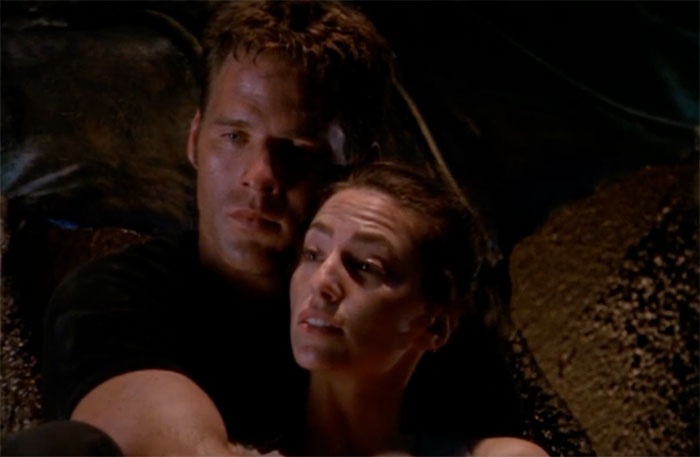 Fans loved Claudia’s on-screen chemistry with John Chrichton actor Ben Browder throughout their characters’ tumultuous on-and-off-again relationship throughout the series, applauding the writers for providing so many opportunities for the two to play off each other to great results.

Interestingly, the pair ended up working again in her next major television role on Stargate SG-1, although their relationship in that series was intentionally downplayed, due to their well-known character relationship in Farscape.

During her time on Farscape, Claudia made other appearances on television series, including a one-off episode on Xena: Warrior Princess as “Karina” in the episode entitled “Lifeblood.” 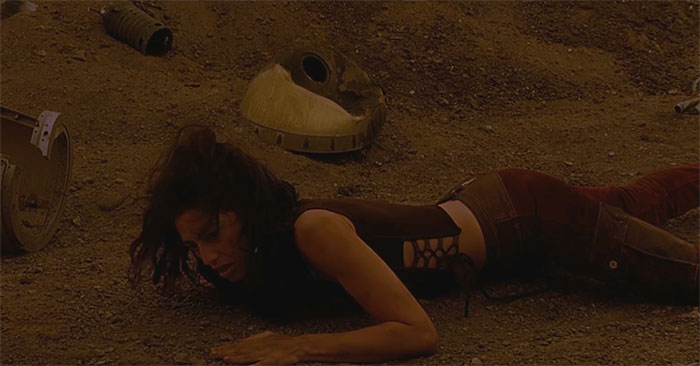 She also tried her hand at feature films, landing a role in the supporting cast for Pitch Black, a Science-fiction horror movie that was the inaugural entry for actor Vin Diesel’s character Riddick, later renamed The Chronicles of Riddick: Pitch Black to solidify that connection.

Her character, “Sharon ‘Shazza’ Montgomery” was an Australian settler who was on-board the Hunter Gratzner, a merchant vessel that passed through the tail end of a comet and crash lands on a mysterious planet.

Among the surviving crew and passengers is Riddick, who was a prisoner being transported by the vessel. When the group begins to be attacked and killed by unseen creatures, it is discovered that his eyes have been modified during his time in prison, allowing him to see them, making him an important aid in their attempt to escape the planet.

Queen of the Damned 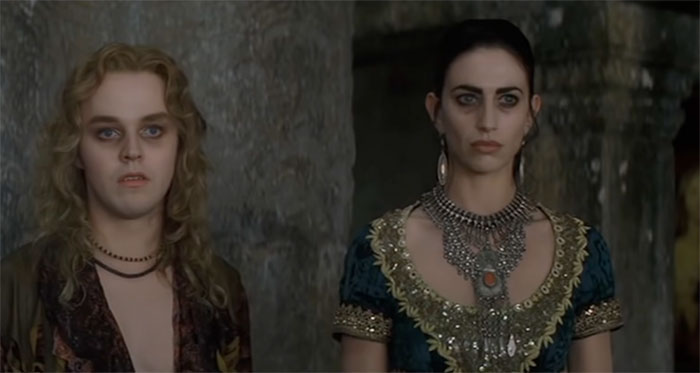 A few years later, Claudia became the powerful vampire “Lydia,” who later took the name “Pandora” for the horror film Queen of the Damned.

While her part was relatively minor, it was another huge step to be involved in a project of this magnitude, as this film was the sequel to Interview with a Vampire.

Unfortunately, the film did not perform as well as expected at the box office. 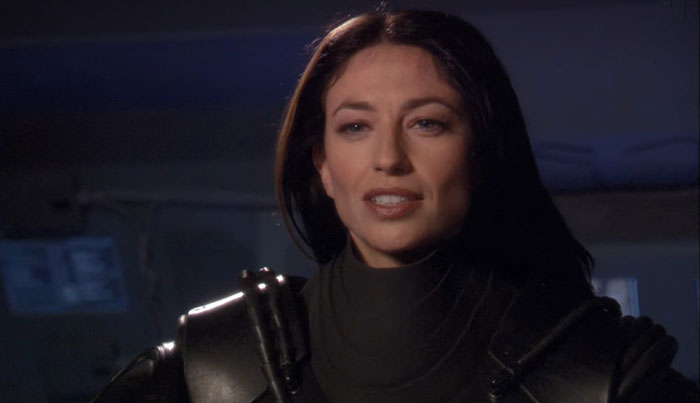 2004 brought Claudia a familiar role within the Science Fiction universe when she came onboard the long-running series Stargate SG-1 for a one-shot episode, “Prometheus Unbound” during the 8th season.

However, once more, her chemistry with an actor, in this case Michael Shanks and his character “Daniel Jackson”, earned Black’s “Vala Mal Dora” a recurring role during season 9, and finally a main cast member job during the show’s 10th season, which would prove its last.

The show itself is about a military team using alien teleporter technology to explore the universe, often facing off with an alien species called the Goa’uld, the main series antagonists. 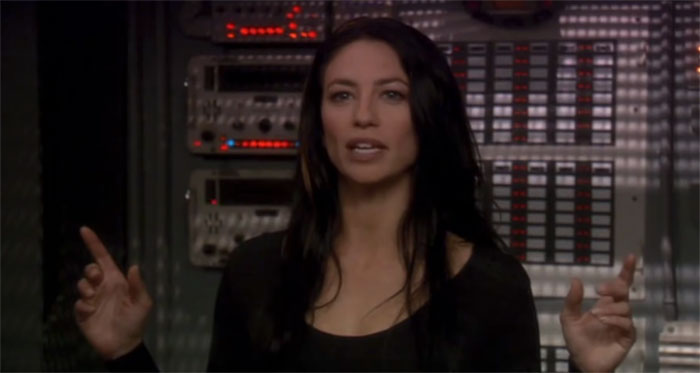 Vala Mal Dora enters as a sexy human with previous dealings involving the Goa’uld, originally opposed to the protagonists, she eventually becomes a member of both SG-1 and Stargate command, joining forces to stop a new villain race called the Ori.

When the show ended its run, she reprised Vala Mal Dora for two additional Stargate movies, both released in 2008 – Stargate: The Ark of Truth and Stargate: Continuum.

She was also rewarded for her excellent performance with a 2006 Saturn Award nomination for “Best Supporting Actress on Television,” and won a Constellation Award for “Best Female Performance in Science Fiction Television” in 2007.

What did Claudia Black do after Stargate SG-1? 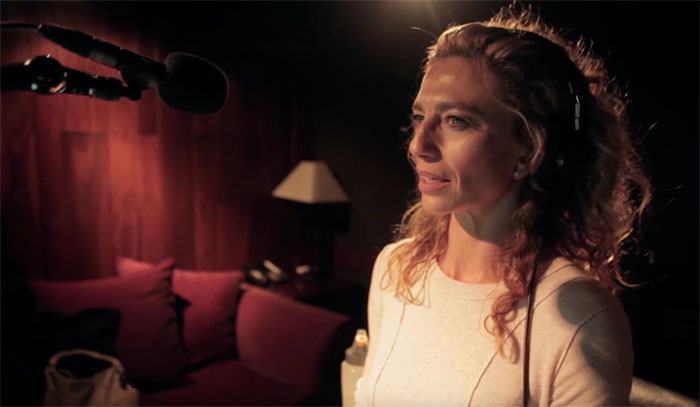 After the end of this series, Claudia discovered a passion for voice acting, and spent much of the next eight years performing for various video games.

Ever since she voiced the role of her Farscape character “Ayren Sun” in Farspace: The Game (2002), she has become a staple in the voice acting community.

She seems to have a genuine joy for these appearances and has built an incredible legacy in the field.

Some of her most prestigious roles in voice acting include the conniving sorceress “Morrigan” in the original Dragon Age as well as Dragon Age 4: Inquisition, Admiral Daro’Xen vas Moreh, Matriarch Aethyta, and a Rachni Envoy in Mass Effect, as well as one of her favorite roles, Australian Archaeologist “Chloe Frazer” in the second, third, and fourth games of the Uncharted video game series, along with Uncharted: Lost Legacy.

She is also the voice of “Samantha Byrne” in Gears of War games three, four, and five.

These are just a drop in the bucket of the many roles she has voiced, however. 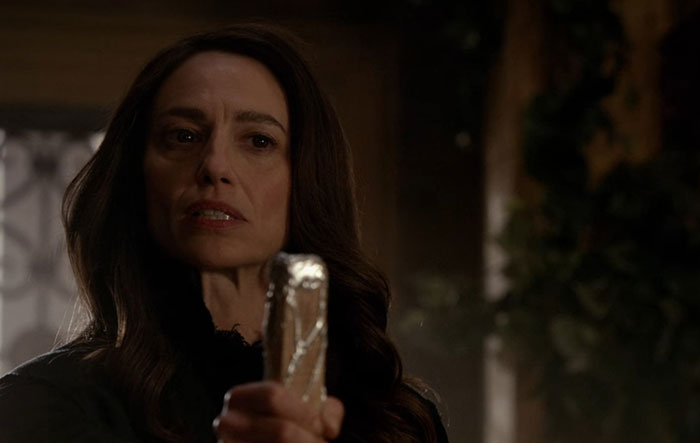 She did make several one-shot appearances in various television series, and made recurring appearances in a few others, most notably as “Dahlia” in six episodes of fantasy supernatural drama The Originals (2015) and thirteen episodes as “Sabine Lommers” in epidemic quarantine thriller Containment (2016).

More recently, she enjoyed a voice-acting role as a main cast member for seasons 2 and 3 of animated television series Final Space. 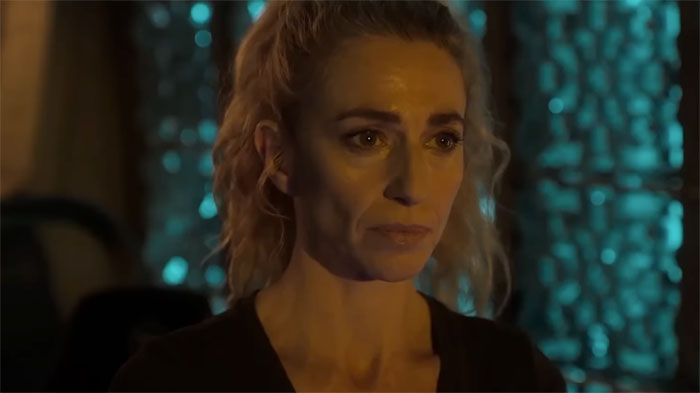 Currently, she is attributed to the upcoming “Motion Comic” film The Alchemist Agenda.

Claudia married Jamie Oddie in 2004 and together they had two sons: Odin and Viggo Black. Unfortunately, they were divorced in 2016.

She is reportedly single at this time, but continues to care for her teenage boys.

What Has Johnny Galecki Been Up To Since The Big Bang Theory Ended?