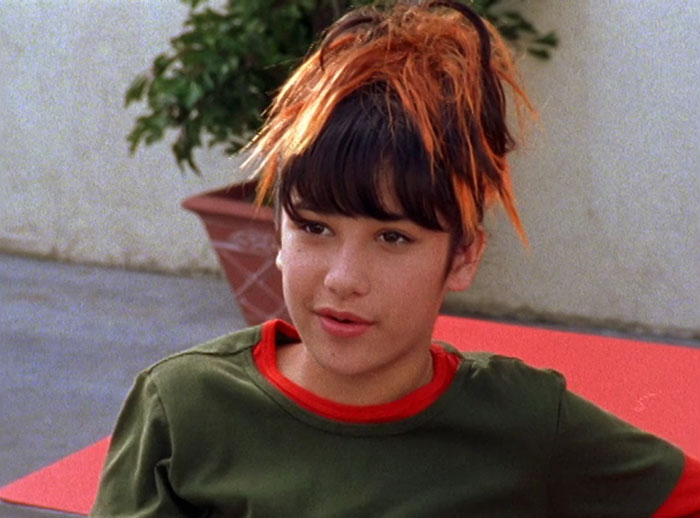 Continue reading to learn more about her background, how she got into acting, and what she’s been up to lately:

Her parents are originally from the Philippines, with her mom hailing from Batangas and her dad from Pampanga. Lalaine is the youngest and has three older brothers.

Although not much is on the record regarding her early education, Lalaine started her acting career at a very young age, first starring as a young Cosette and Eponine in Les Miserables.

Once the Broadway National Tour ended, Lalaine went to live with her mother in Sherman Oaks, California.

Lalaine’s acting career began with Les Miserables when she landed the role with the Broadway National Touring Company in the late 90s.

In 1999, she starred in her first feature film in the role of Theresa in the movie Borderline alongside Alicia Morton, as well as in the 1999 remake of Annie, playing the role of Kate.

As noted above, her biggest claim to fame would be playing alongside Disney darling, Hilary Duff in Lizzie McGuire. Once Lizzie McGuire ended, she went on to have bit roles in Buffy the Vampire Slayer, Promise Land, and Easy A. 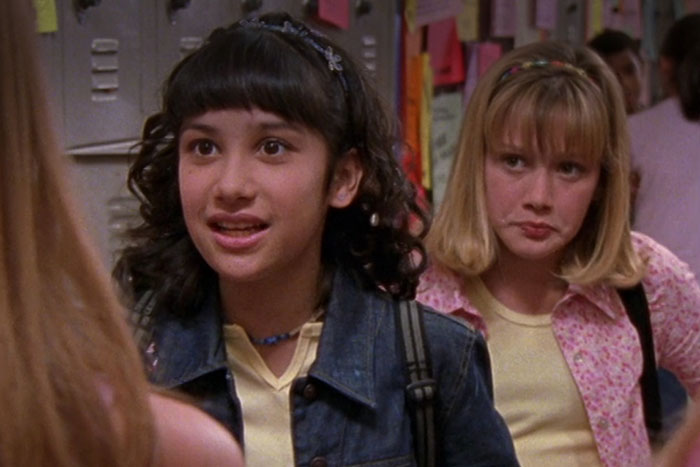 Lalaine landed the role of Miranda Sanchez, the witty counterpart to Duff’s titular role of Lizzie McGuire on the series of the same name.

Lizzie McGuire aired from 2001-2004. Despite four years, Lizzie McGuire only ran for two seasons, of which Lalaine missed the last six episodes of the second season, as well as the Lizzie McGuire movie that was made about five months after shooting on the series wrapped up.

In total, she only appeared in 59 out of the series’ 65 episodes. 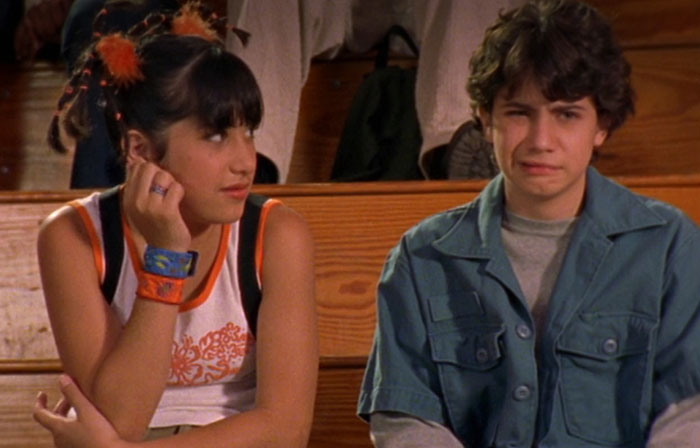 Despite rumors claiming that Lalaine and Duff had beef on-set, the reality was that Lalaine was being double booked by Disney, forcing her to miss out on the series’ end.

During this time, she was working on additional projects such as the original Disney movie, You Wish!, while also trying to jump-start her music career.

You Wish! was an original Disney Channel movie released in 2003 that starred Lalaine, as well as Spencer Breslin, and A.J. Trauth of Even Stevens fame.

The film, which is actually based on the book, If I Had One Wish, is about a teen wishing he never had a brother only to wake up the next morning and realize his wish came true.

Lalaine played Abby Ramirez, the friend of the title character, Alex, who wishes away his younger brother Stevie. Lalaine sang the movie’s title song, “You Wish!” 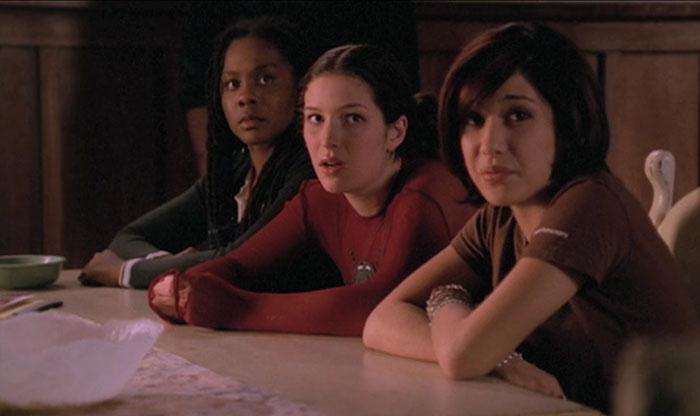 Transitioning into a grittier role, Lalaine guest starred as Chloe – a slayer-in-training- on Buffy the Vampire Slayer in 2003.

During the course of her two-episode appearance (Get it Done and Showtime), her character ultimately commits suicide, offering audiences a storyline that would have definitely not been seen on the family-friendly Disney channel.

Released in 2007, Her Best Move follows a 15-year-old soccer player named Sara, who despite already navigating the complexities of high school, has a chance to join the U.S. national soccer team.

Lalaine plays Tutti, Sarah’s best friend, and encourages her to pursue her dreams, both in life and in romance.

Over the course of four years, Lalaine and her friend Elisa Victoria created off-the-wall Youtube videos in a series called Off the Clock. During its tenure, Lalaine played various characters, appearing in a total of eight episodes.

The series was dismal and as of today, only has a total of 31 likes on Facebook.

As mentioned earlier, Lalaine tried to venture into the music scene while she was starring in Lizzie McGuire.

After leaving the show, she released her debut album, Inside Story, in 2003, which featured singles, “Did You Hear About Us?” and “I’m Not Your Girl.”

The album itself saw minor success, though she did travel throughout the country and perform with Radio Disney.

Keeping with her Disney roots, she lent her voice to the soundtrack of the Disney Channel Original Movie, Pixel Perfect.

In 2010, she joined the all-female indie rock band, Vanity Theft. Replacing their original bass guitarist, Lalaine was later asked to leave the band in 2011, though the exact reasons for her exit have never been confirmed.

Troubles with the Law

Unfortunately, many child stars go on to face trouble with the law, and Lalaine was no different.

In 2007, at the age of 20, she was arrested and charged with felony possession of methamphetamine, to which she later pled guilty.

After failing to appear at a mandatory court hearing, a $50,000 bench warrant for her arrest was issued but later recalled.

As part of her plea deal and mandatory completion at court-mandated drug rehab, the possession charge was expunged off her record.

What is Lalaine Doing Now? 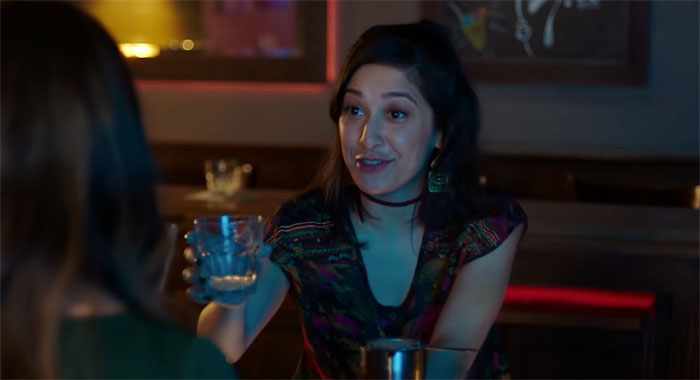 Lalaine hasn’t really done anything of note lately, outside of having a few guest-starring roles here and there.

Her most recent role was as Krista in the film Definition Please, however, that film may very well lead to a resurgence of her career.

With a title that’s a bit too on-the-nose, Definition Please follows a former spelling bee champion as she reconciles with her estranged brother after he comes home to help with their sick mother. It was released on January 21, 2022, to positive reviews from critics.

Lalaine keeps her privacy, having recently made her Instagram private. So, other insights into her private life are currently unavailable. 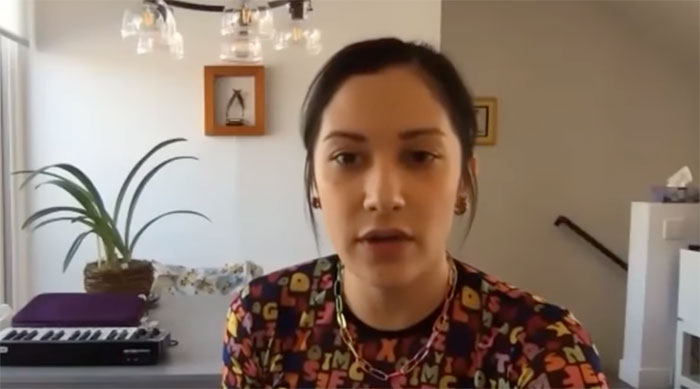 In 2020, during the COVID-19 pandemic, the cast of Lizzie McGuire got together and recorded a mini-reunion on Zoom that showed the former cast doing a table read of the episode “Between a Rock and a Bra Place.”

The episode followed Miranda and Lizzie as they shopped around for their first bras, thinking that it would make them more popular.

In an ironic twist considering the plot of this episode, the Lizzie McGuire revival, which was scheduled to air on Disney+ was scrapped due to Disney’s desire to give the show a PG rating.

According to Duff, the realities of putting a PG rating on a show that followed a woman in her thirties was too restricting.

In recent years, Lalaine has spoken out about whitewashing, which is when the film industry casts a white actor in place of an actor of color, particularly when the character is based on someone of different ethnicity.

In a 2019 interview with USA Today, she claimed that she was forced to look as “white” as possible and how that negatively affected her self-image.

Her honesty was widely appreciated and respected by fans. In the time since, she has spent a lot of time embracing her heritage and accepting herself for who she is and what she looks like. 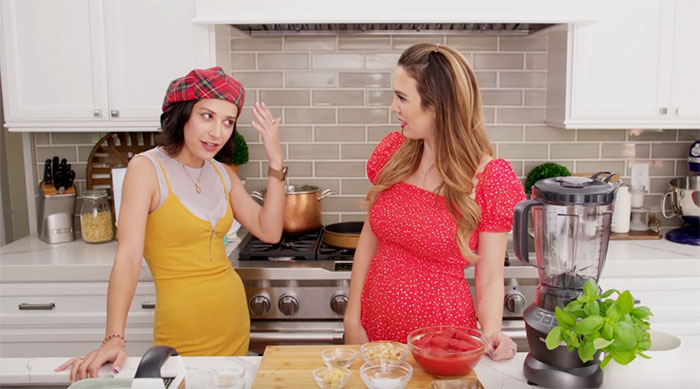 While most famously known for playing Ren Stevens on Even Stevens and voicing Kim Possible, Christy Carlson Romano created her own cooking web series titled Christy’s Kitchen Throwback in 2019.

Her cooking series features many famous actors, notably Disney stars from the 1990s and 2000s, including Lalaine as they cook meals, do reenactments, and reminisce about their careers.

Lalaine appeared on the December 5th, 2019 episode of the series. During the episode, the two former Disney stars made spaghetti and meatballs, while taking guests down memory lane.

As of publication, Lalaine is currently single. However, she has had three notable relationships in her past, including Stephen Colletti from 1999-2001, Christopher Richard Stringini from 2001-2005, and Raviv Ullman from 2005-2008.

Ullman is most known for playing Phil Diffy on the Disney Channel series, Phil of the Future.

Stringini is most known for being a member of the band US5 from the years 2005 to 2010. If you were a big fan of Laguna Beach: The Real Orange County, you’ll recognize Colletti from the first two seasons.