Oona Chaplin is a Spanish-Swiss actress with international renown, having starred in numerous movies and TV dramas.

Born in 1986 in Madrid, Oona spent most of her life growing up in Spain, but also regularly travelled to the U.K., Switzerland, and Cuba due to her parents’ careers.

Her mother, Geraldine, was an American actress and her father, Patricio, was a Chilean cinematographer. She has a half brother Shane from her mother’s first partner. 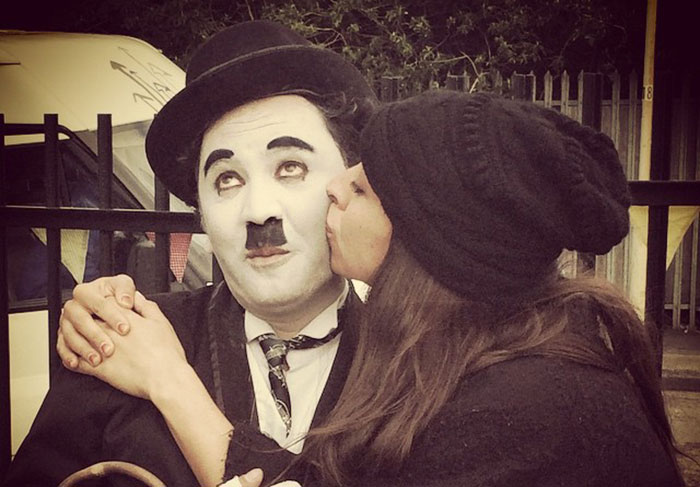 Her name shows an obvious connection to her acting roots: Oona is granddaughter to acting great Charlie Chaplin. Some may think that’s enough to warrant her inspiration to join the field, but her Hollywood connections go deeper than that.

Her great-grandfather, Eugene O’Neill, was a playwright famous for Long Day’s Journey into Night who won the 1936 Nobel Prize in literature.

His daughter, Oona O’Neill, was an actress until she married Charlie Chaplin, becoming his fourth (and final) wife.

Her daughter, Geraldine, was an actress who starred in the 1965 classic Doctor Zhivago, based on the novel by famous Russian author Boris Pasternak, among other movies. Geraldine kept her maiden name and gave birth to Oona Chaplin. Perhaps the acting bug is genetic after all.

What does she say about Charlie Chaplin?

Charlie Chaplin died almost 10 years before Oona was born. Despite ever having met him, Oona has described her grandfather as a humanist, someone who tried “to reach out to people and to make people laugh and love and cry, feel tenderness and feel OK about being human and feel OK about the human condition and strive toward being better human beings.” She says that this has inspired her.

Oona recommends the 1992 movie Chaplin starring Robert Downey Jr. as a piece that “captured the essence of [her] grandfather.”

The film is given further weight as Geraldine Chaplin, Oona’s mother, starred as her own grandmother Hannah Hill, Charlie Chaplin’s mother.

Oona first entered stage left in her high school years. At 15, Oona enrolled in drama school. She got a scholarship to the Gordonstoun School in Scotland, where she was bizarrely advised to avoid acting in period pieces as she’ll “never be good at [them].” Her career has gone on to deny this criticism.

Through the school, Oona toured the U.K. on stage in productions of Romeo and Juliet and A Midsummer Night’s Dream.

She starred in the latter at the famous Edinburgh Fringe Festival, in which she dressed like her grandfather’s character the Tramp in lieu of the character Bottom.

After Scotland, Oona was accepted into the Royal Academy of Dramatic Art in London, from which she graduated in 2007. 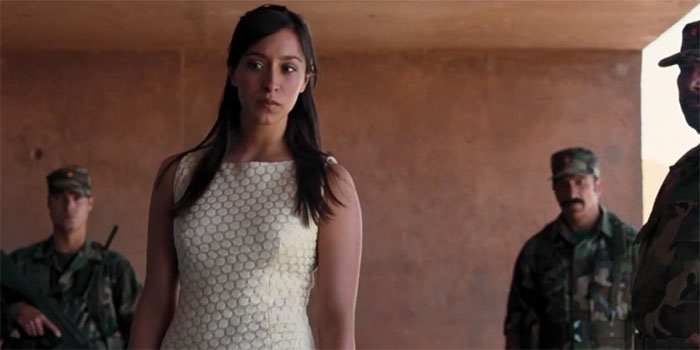 Oona’s tv debut was the year she graduated from the Royal Academy of Dramatic Art. She acted in one episode of British TV spy drama Spooks, also known as MI-5 in some countries. It was a famous show that ran for 10 series and featured famous names like Matthew Macfadyen, Richard Armitage, and David Oyelowo.

Oona had a small role in the 2008 film, Quantum of Solace, in which she described her role as being a “gloried extra” with a minute and a half of fame. She had originally tried out for the role of Strawberry Fields, but the part went to Gemma Arterton.

Oona finally broke into Hollywood by landing a role in the British TV drama The Hour, a Cold War-era drama in which she played the wife of famous actor Dominic West’s character Hector Madden.

The show ran for two seasons before it was cancelled, despite winning an Emmy for “Outstanding Writing for a Miniseries, Movie or a Dramatic Special.” In 2011 Oona landed her breakout role that would catipult her career into the mainstream consciouness.

Oona landed the part o Talisa Maegyr, a character described as a medieval Florence Nightingale. From humble backgrounds, this battlefield healer meets King in the North Robb Stark, falls in love, and marries the royal.

She is mentioned later on in two episodes of the sixth season, “Blood of My Blood” and “The Broken Man.”

Talisa Maegyr is killed off in the season 3 episode “The Rains of Castamere.” Now Talisa Stark, she is pregnant with King in the North Robb’s child when she is stabbed to death at a wedding celebration for Edmure Tully and Roslin Frey.

Both Talisa and her unborn child die in her husband’s arms. Robb himself is subsequently killed in the slaughter that is later referred to as the Red Wedding.

The reason for the massacre is due to Robb having broken a previous marriage pact between himself and one of the Frey daughters.

A short description of the scene is enough to shock those who haven’t seen it, but for those who were acting in “The Red Wedding” it was a heavy burden.

Oona admitted that she couldn’t stop crying during the scene. Tears were a given, in such a moment of shock, but she even got told off by the director who said, “you need to stop crying, dead people don’t cry. You’re dead, just be dead.”

She wasn’t the only one, though, as the director himself noted that members of the crew were also crying while filming the scene.

What did she do after Game of Thrones 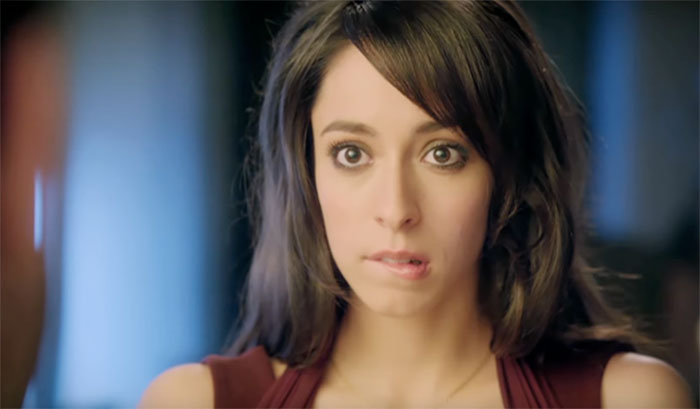 Immediately after her character’s demise in Game of Thrones, Oona has not let off the gas pedal on her career and has continued working in television and film

In 2013, she had a 5 episode stint on the show Dates. Inspired by the upswing in online dating, Dates is a romantic drama written by Skins creator Bryan Elsley for Channel 4 that illustrated a series of first dates between people who met on dating apps.

Each episode focuses on one date. Oona stars in the first episode, “Mia and David,” across actor Will Mellor, famous for British classics EastEnders, Hollyoaks, and Broadchurch.

In 2014, she landed in another period piece, the Crimson Field, a BBC drama about a fictional field hospital in France in the First World War. Oona plays lead character Kitty Trevelyan, a nurse at the hospital. The show ran for six episodes before being cancelled.

In 2015, she appeared in a Nicholas Sparks adaptation, the Longest Ride is a heart-wrenching story (aren’t they all?) in which Oona plays a holocaust refugee who features in the subplot of the movie, falling for a local man played by Jack Huston, grandson of another famous Hollywood director, John Huston. 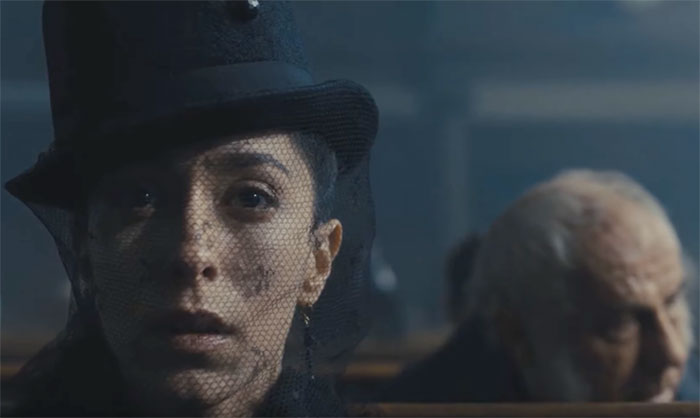 In 2017 she landed a starring role in Taboo, a dark show that lives up to its name. Created by Hollywood heartthrob Tom Hardy and his father, this BBC drama takes place in the 19th century, focusing on outcast James Delaney (Hardy) after the decease of his father and his return to London after years abroad.

Oona is cast as James’ half-sister, Zilpha, with whom he has a stomach-churning, incestuous relationship. Only one season of the show has been released, but with more seasons scheduled to be made.

Her most recently released movie was Anchor and Hope, a 2017 Spanish-British romantic comedy-drama. Oona acts alongside her mother, Geraldine, and her Game of Thrones co-star and real life friend, Natalia Tena.

What is Oona Chaplin doing now? 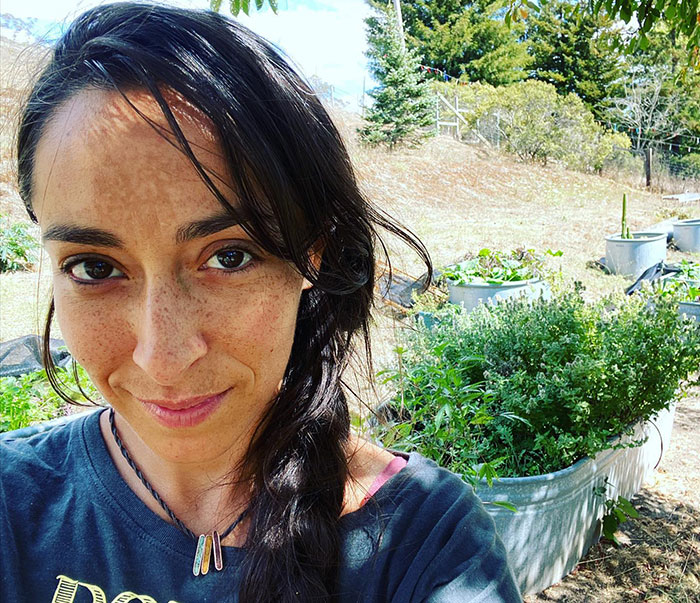 Oona has hardly retired from our tv screens. In fact, she’s flourishing on the silver screen. This accomplished actress has been signed on to the visually-stunning follow-up to the 3D cult movie, Avatar.

Oona is meant to act in all four of the sci-fi sequels. Her character is named Varang, but not much else is known about this alleged “strong and vibrant central character.”

On TV, Oona is casted in a six-part spy drama called Treason, written by Oscar-nominated Matt Charman of Bridge of Spies renown.

Starring alongside Charlie Cox and Olga Kurylenko, this Netflix drama tells the story of a MI6-trained spy caught in a love triangle between his wife (Oona) and a Russian spy.

Aurally, Oona provides her voice for a BBC-produced three-part podcast about her grandfather. 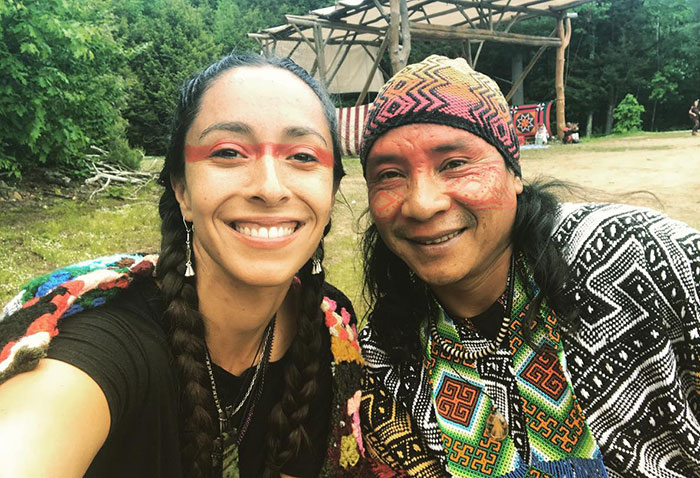 Off the stage and movie set, Oona serves as a trustee to The Boa Foundation, a charity that focus on indigenous communities, especially land conservation and cultural preservation across Latin America.

Oona’s ethnic connections to the Mapuche indigenous community has connected her to the Foundation and cemented her interest in sovereignty and the preservation of culture, language, and music.

Oona can speak three languages, counting Spanish as her native tongue, but being equally fluent in French and English. This is due to growing up on movie sets and visiting family across Spain, Switzerland, Cuba, Chile, England, and Scotland.

Tied in from her Spanish roots, Oona is also well versed in both the flamenco and the salsa. She’s taken dance lessons since she could walk, but further cemented her ability to groove through time spent in Cuba.