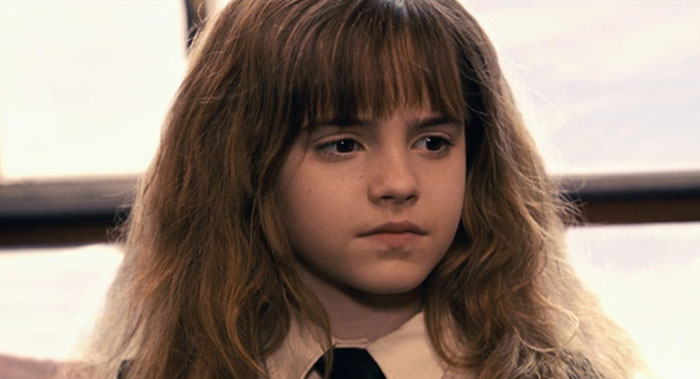 Emma Watson needs no introduction, but in case she does, she’s most known for playing the role of Hermoine Granger in the Harry Potter films.

Keep reading to learn more about how she got cast in the famous franchise and what she’s been up to post-Hogwarts.

Emma was born on April 15, 1990, in Paris, France to Chris Watson and Jacqueline Luesby. Born Emma Charlotte Duerre Watson, she moved to Oxfordshire, South East England, when she was five years old and ironically attended the Dragon School (no relation to Harry Potter, of course).

At six years old, Emma knew that she wanted to pursue acting and in the years following, trained at the Oxford branch of Stagecoach Theatre Arts, where she eventually landed the lead in several stage productions.

Casting for the first Harry Potter film – Harry Potter and the Sorcerer’s Stone – began in 1999. Emma auditioned for the role after casting agents found her through her teachers at Stagecoach Theatre Arts.

At nine, going on 10 years old, Emma auditioned for the role a total of eight times before officially landing the part. It was her first film and official screen debut.

Emma Watson played Hermoine Granger, a student at Hogwarts who had a quick wit and a loyal heart. Best friends with the other titular characters, Harry Potter and Ron Weasley, Hermoine was the one who often found clever solutions to their existing problems.

What was so interesting about Hermoinine’s character, though, was that unlike the other “witches’ and “wizards,” she was born to muggle parents (this is just J.K. Rowling’s way of saying non-magical people). This led to interesting character development for not just her but storylines as well. 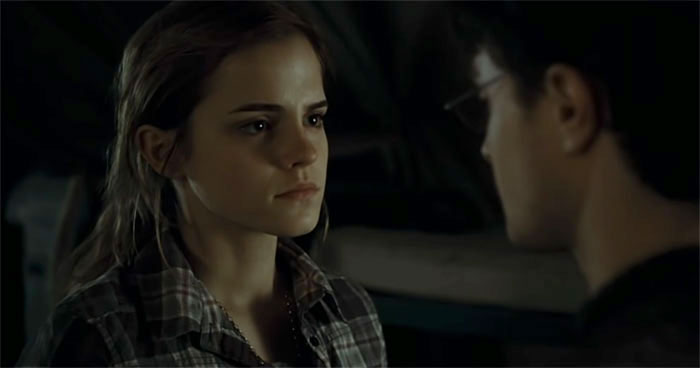 Experiencing massive fame at such a young age took a toll on all the young actors, but for Emma Watson it made her think about pulling out during the fifth film, Harry Potter and the Order of the Phoenix.

Though Emma was only contractually obligated to star in the first two films, she decided to stay, even when tensions were high at the start of filming for Phoenix.

According to Watson, it was the deep love from fans that convinced her to stay and continue filming for the remainder of the franchise.

It is reported tEmma made an estimate $70 million off the Harry Potter franchise.

What Did She Do After Harry Potter? 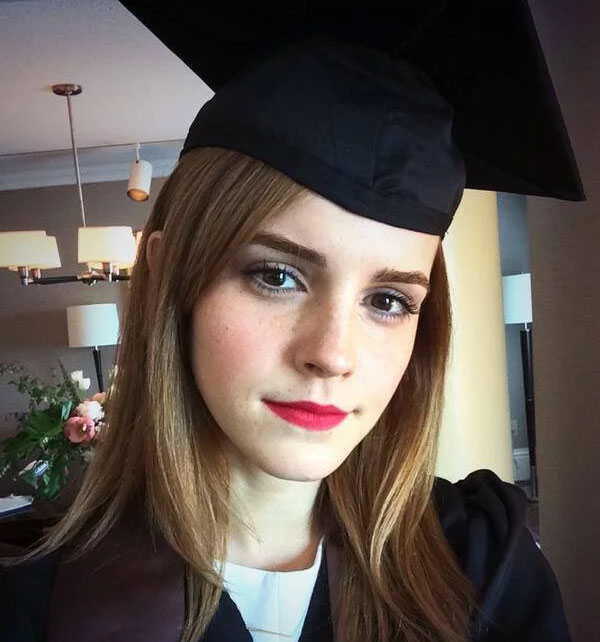 From 2011 to 2014, she split her time between continuing her work in the film industry and getting her college degree. In May 2014, she graduated from Brown University with a bachelor’s degree in English Literature.

In terms of commercial success and relatability, Emma Watson had the best post-Harry Potter career out of the three main characters (though fans of Robert Pattison would probably disagree despite his minor role in the franchise).

Starring as Belle in Disney’s Beauty and the Beast and taking a 180-spin as “herself” in This is the End showcased Emma’s range, helping her to kind of break free from the role of Hermoine.

Emma starred in a number of different films post-Harry Potter. These include the following:

The Perks of Being a Wallflower

In 2012, Watson played the role of Samantha “Sam” Button in the coming-of-age drama The Perks of Being a Wallflower, a film written and directed by Stephen Chbosky, who wrote the original novel the film is based on. 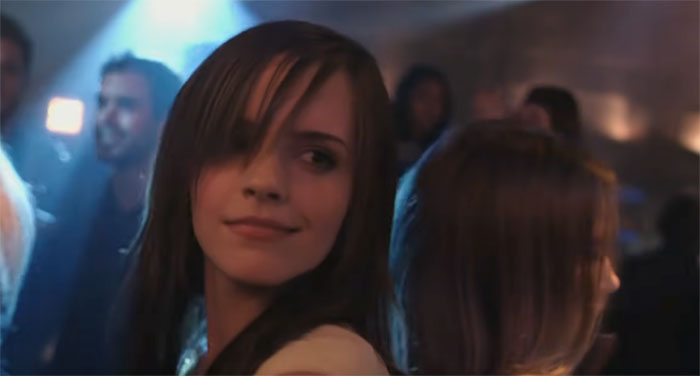 In 2013, she was featured in an ensemble cast alongside Katie Chang, Israel Broussard, Tarissa Famiga, and Claire Julien in Sofia Coppola’s The Bling Ring.

The film was praised for its stylish direction and cast, with Watson’s performance being singled out for critical acclaim.

This Is The End

Also in 2013, she starred in the apocalyptic comedy This is the End along with Seth Rogan, James Franco, Jonah Hill, Craig Robinson, Jay Baruchel, and Michael Cera.

She played a fictionalized version of herself trying to survive the rapture after being left behind.

During filming, Watson left the set due to certain scenes being improvised and not being comfortable with the content.

Seth Rogan would confirm this in a later interview saying, “It must have been hard for her to say something. I’m very sorry and disappointed that it happened and I wish I had done more to prevent it.”

In 2014, Watson played the role of Ila, an orphan raised by Noah and his wife Naameh. This Daron Aronofsky film was based on the story of Noah’s Ark as told in the Book of Genesis and the Book of Enoch.

The film received praise for its directing and acting but faced controversy due to its perceived message about climate change and the use of non-Biblical sources for inspiration.

Beauty and the Beast 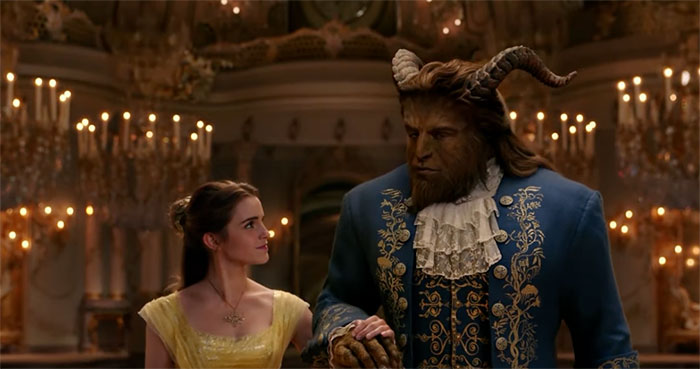 In 2017, Watson would take on the role of Belle in the live-action remake of the 1991 Disney animated classic Beauty and the Beast.

Watson was given autonomy in the portrayal of the role which led to Belle being re-characterized as an assistant to her inventor father who wears boots and bloomers. Watson also provided the singing voice for the role.

In 2017, she starred alongside Tom Hanks in an adaptation of the 2013 dystopian novel The Circle.

Watson played the role of Mae Holland, a character who begins working at a powerful tech corporation and eventually finds herself caught in the middle of a situation that concerns surveillance and freedom.

Critics panned the film. While the cast was praised for their performances, the concept of the film itself was seen as unoriginal and uninspired. 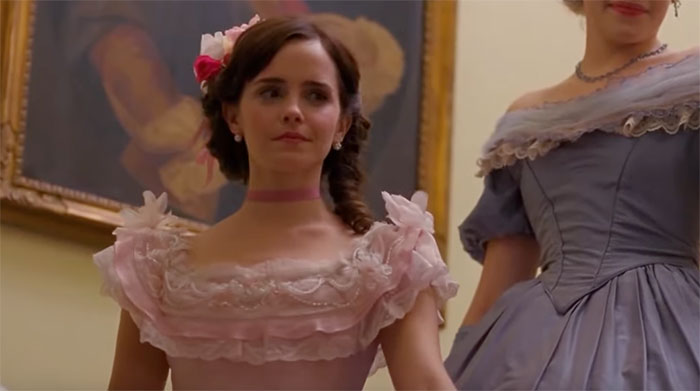 In 2019, Watson starred in an adaptation of the 1868 novel Little Women, directed by Greta Gerwig.

The film was both a hit in theaters and with critics. It received a number of accolades including six Academy Award Nominations, in which it won an Academy Award for Best Costume Design.

This film, as of this writing, is also the last film that Emma Watson has been in.

What is Emma Watson Doing Now? 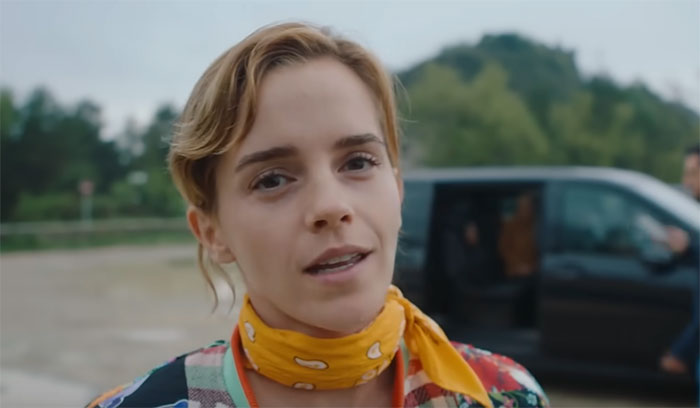 Emma Watson has mainly stayed out of the spotlight, with the recent COVID-19 pandemic serving as one of her main reasons for staying out of the public.

However, she did reunite with her Harry Potter co-stars for the 20th anniversary of the first film, a special titled Harry Potter 20th Anniversary: Return to Hogwarts that aired on HBO Max. 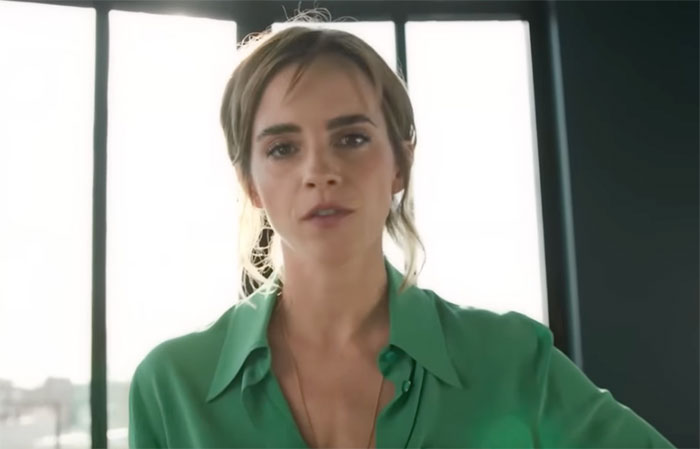 In 2022, it was announced that Emma would become the new face of Prada’s perfume, Paradoxe. Emma not only starred in the ad, but wrote, directed, and narrated it.

Emma Watson is a proud activist and feminist, with one of her passions being the fight for both environmental justice and gender equality.

Shortly after graduating from Brown University, she was appointed as a U.N. Women Goodwill Ambassador. During this time, she took a year to educate herself on issues that were close to her heart so she could spread even more awareness about them.

She launched the HeForShe campaign on September 24, 2014, which sought to have men join the fight in breaking down stereotypical gender assumptions.

Two years later, she visited Malawi to end child marriage. In the same year, 2016, she collaborated with Eco-Age and Calvin Klein to create a dress for the Met Gala made entirely from recycled plastic bottles. She also worked with People Tree to launch a line of sustainable clothing. 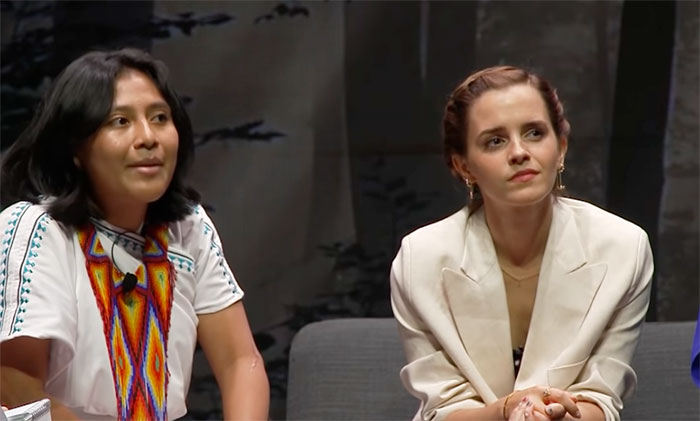 In 2021, she hosted a panel on climate change as part of the United Nations Climate Change Conference with fellow activist, Greta Thunberg.

Emma is still fighting for her causes today and encourages others to do the same. Even now, she encourages fans who want to send her gifts to instead donate them to her favorite causes.

The Wizarding World was dealt a devastating blow on October 14, 2022, when it was announced that actor Robbie Coltrane passed away. He was 72.

Fans of the franchise know Robbie Coltrane as Rubeus Hagrid, the caretaker of Hogwarts.

His death took a toll on his co-stars, including Emma Watson, who posted a heartfelt tribute on her Instagram story, citing the kindness he had always shown to her.

In her story, she said, “Robbie was like the most fun uncle I’ve ever had, but most of all, he was deeply caring and compassionate towards me as a child and an adult. His talent was so immense that it made sense he played a giant – he could fill ANY space with his brilliance,” she continued, “Robbie if I ever get to be so kind as you were to me on a film set I promise I’ll do it in your name and memory. Know how much I adore and admire you. I’ll really miss your sweetness, your nicknames, your warmth, your laughs, and your hugs. You made us a family. Know you were that to us. There was no better Hagrid. You made it a joy to be Hermione.” 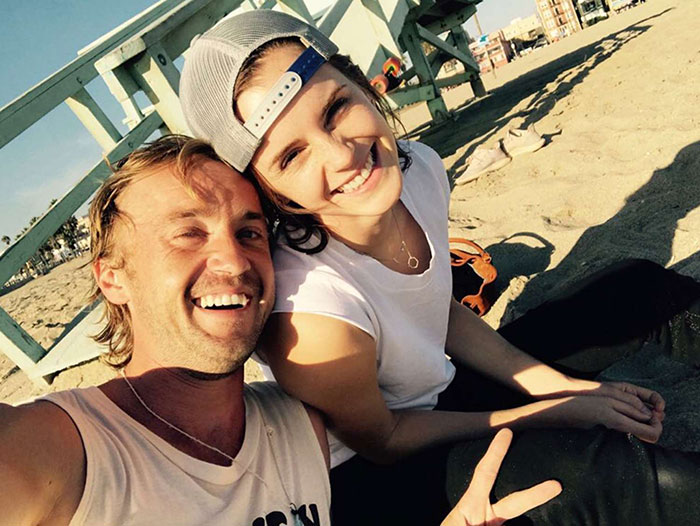 During the HBO Max special, fans were surprised to learn that Emma Watson and her on-screen nemesis, Draco Malfoy, played by the talented Tom Felton secretly shared feelings for one another on set.

In the forward for Felton’s memoir, Beyond the Wand: The Magic and Mayhem of Growing Up a Wizard, Emma discussed their relationship on set, letting fans in behind the magic of how she used to follow him around set as an “annoying” nine-year-old girl, and how it feels – and has felt – to know that Tom sees her for who she really is and what she’s going through.

The most endearing quote to come out of her forward is when she wrote, “We’re soulmates, and we’ve always had each other’s backs. I know we always will.”

Emma remains steadfast in keeping her private life, including her relationships, as much out of the public eye as possible.

However, in 2021, she was linked to Brandon Green, the son of billionaire Sir Phillip Green.

Like Watson, Green considers himself to be a “client science enthusiast,” with an interest in saving the ocean and working on beach-cleaning efforts any chance he gets.