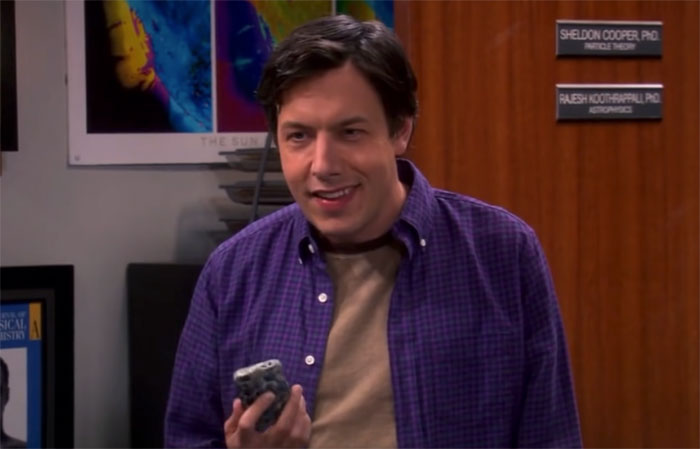 John Ross Bowie is an American actor most associated with his role as Barry Kripke on the television show The Big Bang Theory. One of his other most notable roles included that of Jimmy DiMeo on ABC’s Speechless.

Bowie was born on May 30th, 1971, in New York City, New York. He did not get into acting until his late twenties. Before that, Bowie was a high school teacher for one year, having obtained his English Degree, and then went on to work for a pharmaceutical company.

He stated that the "unstable nature" of acting dissuaded him from the career as a child and young adult.

Bowie began taking acting classes in New York, which led to several small parts in commercials, including one that starred hand puppets for the company Ford. He was also playing in a band named Egghead. He played bass and performed vocals in a punk band. Egghead was active from 1992 to 1998.

Bowie has been an actor in numerous commercials, television shows, and movies. In addition, he performed with sketch comedy groups.

Bowie was a regular in Upright Citizens Brigade (UCBT) in New York and Los Angeles. In New York, he was a member of the UCBT troupe, Naked Babies, along with Brian Huskey, Rob Corddry, and Seth Morris.

In the early 2000s, Bowie had guest roles on Happy Family, Joan of Arcadia, CSI: NY, Charmed, Kevin Hill, Girlfriends, and Las Vegas. A.U.S.A., a sitcom that aired on NBC, cast Bowie as Wally Bearman. He appeared in eight episodes during the show’s single season.

Bowie played various characters in the television series Reno 911! over the course of four episodes. After which, he received guest roles in Psych, Heroes, CSI, Monk, Wizards of Waverly Place, Family Guy, Curb Your Enthusiasm, and Glee. 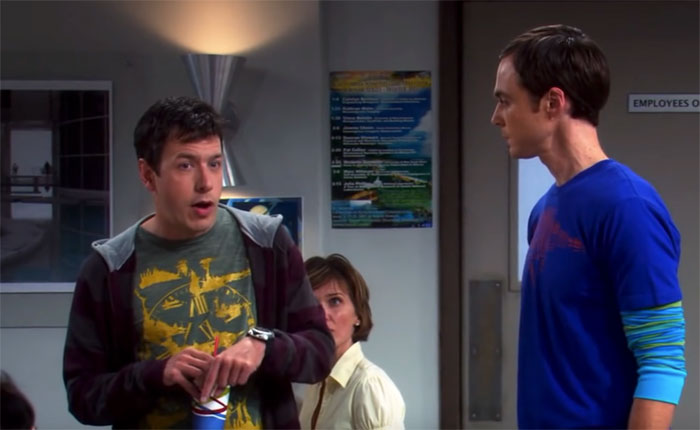 One of Bowie’s most memorable roles was on The Big Bang Theory. He was awarded the part of Barry Kripke.

His first appearance was in season two, episode twelve. His character is a physicist who is a colleague of Sheldon and Leonard.

He became friends with Leonard, Howard, Raj, Amy, and occasionally Sheldon. He had a romantic interest in characters Amy Fowler and Beverly Hofstadter.

On The Big Bang Theory, Bowie was well-liked. His character had a case of rhoticism, which caused him to pronounce "L" and "R" as "W" and made him endearingly comical to fans.

Bowie created the faux impediment during his audition for the role of Leonard. As Kripke, Bowie appeared in twenty-five episodes of The Big Bang Theory.

After The Big Bang Theory

Bowie continued taking guest roles in popular television series. He had roles in The Glades, Weeds, Melissa and Joey, Good Luck Charlie, Burn Notice, Bones, The League, Hot in Cleveland, and Fresh Off the Boat.

His character, Jared, appeared in seven episodes of the television series Retired at 35.

He was awarded the role of Paul Peters in the television drama Chasing Life and acted in seven episodes.

In the Adult Swim series Children’s Hospital, Bowie was awarded a recurring role and appeared in four episodes. 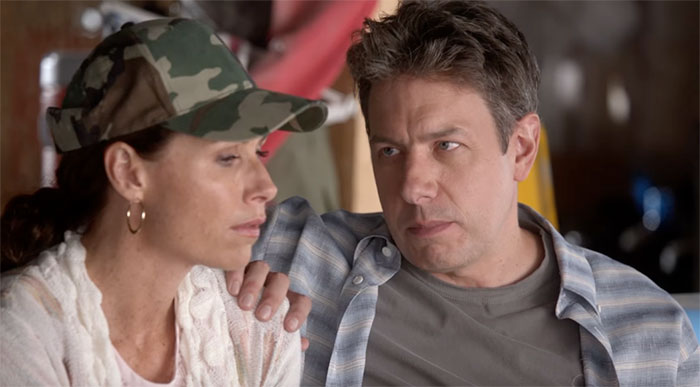 Bowie auditioned for the part of Jimmy DiMeo on ABC’s sitcom Speechless in 2016 and was awarded the role. The series was about a family that included a teenager with a disability, cerebral palsy, which makes communication only possible via headgear and aboard.

In Speechless, Bowie’s character, Jimmy, is the father of the DiMeo family. He is fun-loving, easily persuaded, and doesn’t care what others think. As Jimmy, Bowie acted in sixty-three episodes during the show’s run from 2016 to 2019.

In addition to television, Bowie acted in a handful of films. Including Road Trip, The Santa Clause 3: The Escape Clause, Sex Drive, He’s Just Not That Into You, The Heat, and Jumanji: The Next Level. 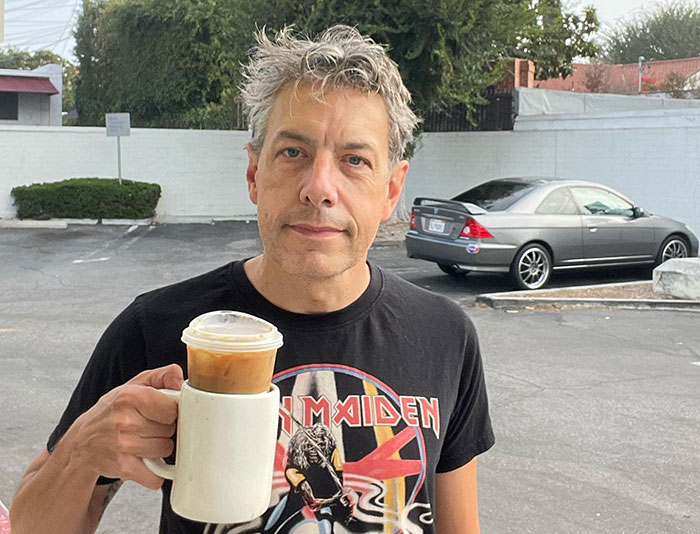 Bowie is currently still acting in a host of television shows and films. He played Tyler McCarthy in Death in Paradise, lent his voice to Big Hero 6: The Series and Milo Murphy’s Law, and had a recurring role on Generation, Feel Good, and United States of Al.

Most recently, he appeared in an episode of The Rookie as a guest character named Alan. 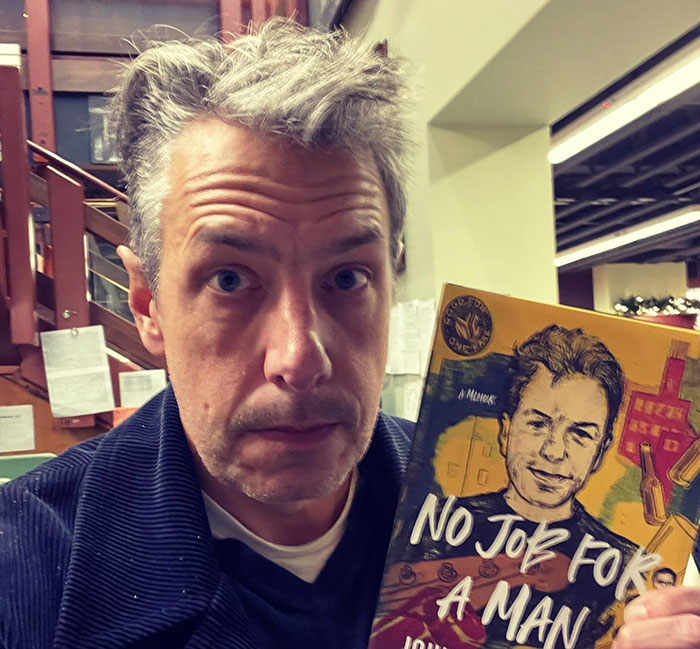 Bowie is also a writer, with an upcoming memoir titled No Job for a Man set to be released in late 2022.

Previous works include pieces in Go Metric, The New York Press, and as co-author of a book on the movie Heathers.

He still regularly performs in improv and comedy sketches, namely with his wife as part of the two-person improv show Supermarried. 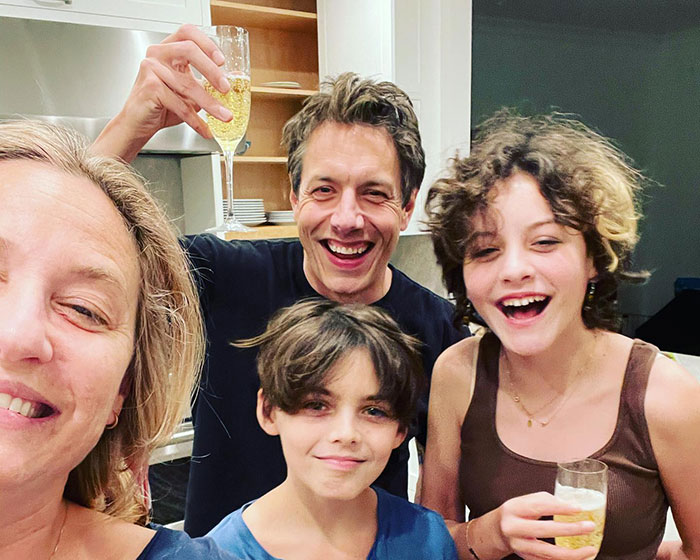 Bowie is married to Jamie Denbo, an actress, writer, and comedian.

They met at the UCBT and have been married since 2004. Together, they have a daughter, Nola, and a son, Walter.