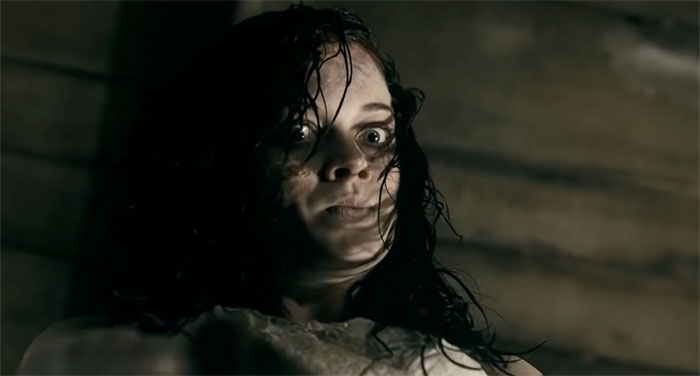 Horror has such a long and varied history at this point it’s hard to feel shocked or scared by a movie anymore, especially from a single line of dialogue. Some movies though can take that one line and chill audiences to the bone. The moments where a reveal makes you say “Oh **insert choice of expletive here**” and flips the entire script. Lines that truly establish a character as a legitimate threat, or a sudden, unexpected danger.

These are the lines that sent chills down spines, elevating a story into something more. While this is largely based on opinion and general audience consensus over the years, all of these lines when viewed in the context of their film or show will give anyone a shiver.

Up until this moment, everything in The Witch was considered to be grounded, but this flipped the entire film upside down. When Black Phillip, the family’s goat, utters this line to Thomasin at the end it comes as a legitimate shock to the audience, giving the icy realization that that old rascal Satan was behind everything all along. 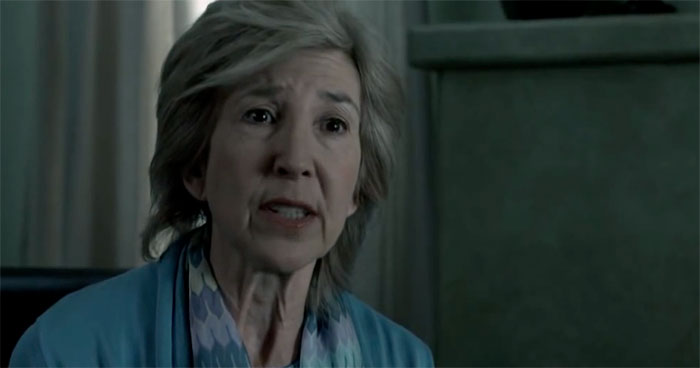 “It’s not the house that’s haunted, it’s your son.”

This one is a little bit cheesy in hindsight, but it holds up and was a massive “Oh ****” moment when Insidious was released in 2010. Sure, the family in the house did the real and rational thing by promptly noping out of the haunted house, but Insidious took that safety net off by dropping this line.

“Because you were home.”

Considering the antagonists in the movie are silent for 90% of the time, any dialogue they end up having is going to be iconic whether it’s good or bad. That’s what makes this line in The Strangers so effective- after all these acts of violence and gruesome cruelty, after being asked why they would do this, they utter four words and turn the movie into a whole new territory. There wasn’t some planned, meticulous reason for the slaughter, but just three violent people and the ones unfortunate enough to get close. 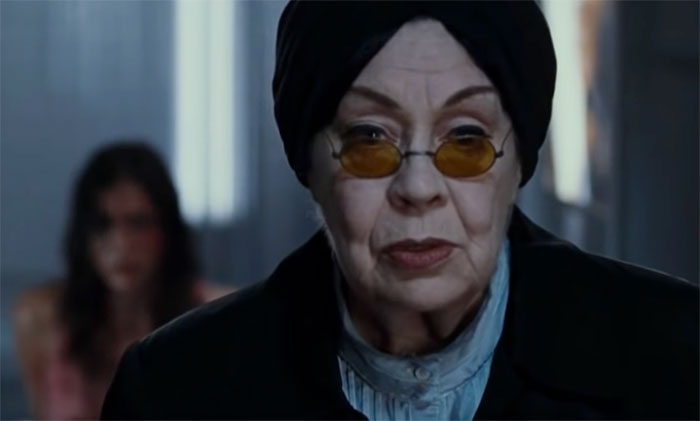 Martyrs is a film that isn’t recommended lightly. It’s a rough watch, with levels of extreme violence that aren’t easy to sit through. Within that though is a beautifully ambiguous final scene that only brings more questions. Did Anna see the afterlife, and did she tell her captors the truth? A chilling line of dialogue to loosely tie a bow on the film. 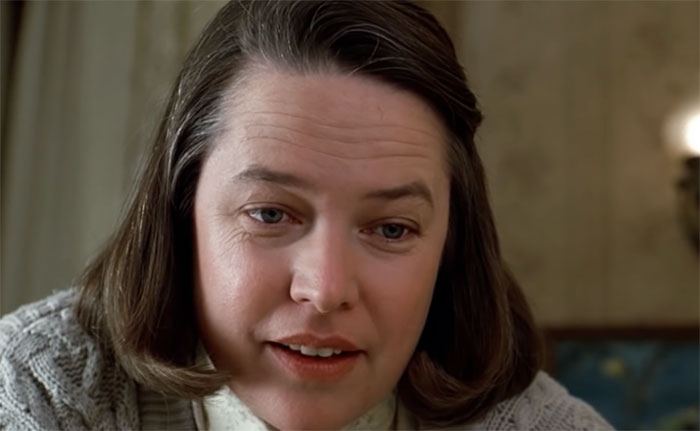 Kathy Bates is a legend in horror for a reason, and the delivery of this line over, and over, and over is one of them. Annie Wilkes appears innocent and starstruck when she says this for the first time, but as the film goes on it gets more chilling. There’s an underlying danger that attaches itself to the saying, letting the audience know that Annie could snap at any moment. 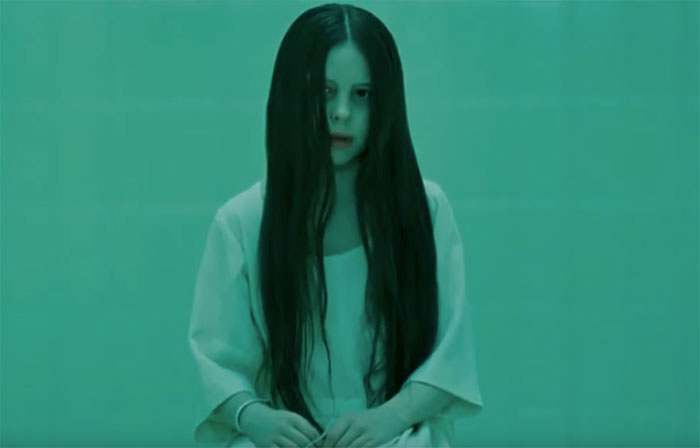 “You weren’t supposed to help her.”

The Ring was a defining horror film, delivering not only a remake that was as good as its original but truly made its mark on the landscape. Everything was great, Samara had been freed from her prison to find rest, and the day was saved! Except the opposite happened. Freeing Samara only made the curse stronger, opening up a whole other Blockbuster’s worth of analog terror.

“Trust is a hard thing to come by these days.”

The Thing isn’t just a chilling movie because of all the snow, but because audiences never know who they’re watching. Nobody could be who they were an hour ago. Anyone could be the monster, waiting to strike. It could even be one of us… but I’m a normal human.

“You’re all going to die tonight.”

One of the most memorable lines from the 2013’s Evil Dead. Thrown out so casually by Mia not long after becoming possessed. This single line immediately intensifies the situation and sets the rest of the film up to deliver on that promise.

9. The Return of the Living Dead 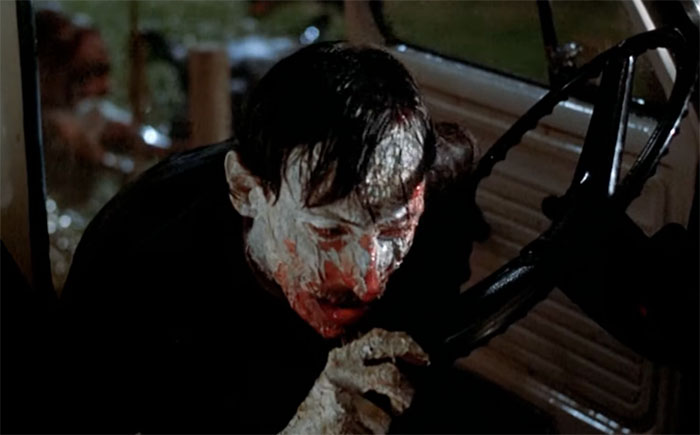 Return of the Living Dead knows what it is and knows that going for campy, goofy horror lets all rules be thrown out the window. This line is in that perfect gray area, a goofy scene, sure, but the consequences of this one piece of dialogue are chilling. These zombies are smart, and they know how to acquire more food. It simultaneously strikes fear and lets the audience know this isn’t something that can be solved without massive intervention, which is exactly what happens. 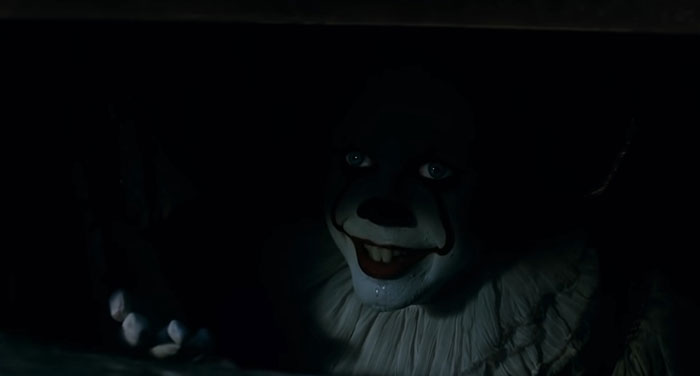 This scene in the 2017 IT is chilling not only because of Bill Skarsgard’s delivery but because of just how innocent it comes off and how quickly Georgie falls for it. This is where the metaphor for Pennywise devouring childhoods is most on point, and where the terror is set to a breakneck pace for the remainder of the story. 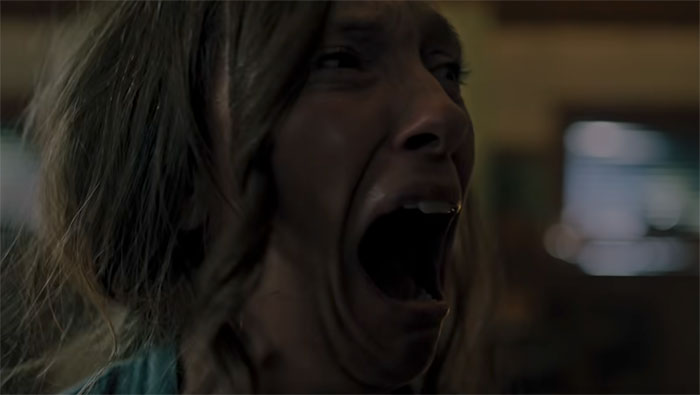 The pained screams of Toni Collette.

Toni Collette is a powerhouse no matter what role she plays in horror. Hereditary is a shining example, with multiple scenes where she gives chilling deliveries filled with grief and mourning. There’s not one single line that it can be narrowed down to, but the screams of terror after she discovers Charlie and the dinner monologue both bring chills to even the most stalwart of horror fans.

There are plenty of other examples, for sure. These are just some that stand out from the pack immediately. With horror releases not slowing down either, there are bound to be even more additions to the list in the coming year.

The 8 Most Anticipated Horror Movies of 20236 Recent Horror Movies That Deserve Cult Classic Status5 Movies That Will Give You A Proper Introduction To The Korean Horror…9 Horror Movie Cliches That Need To Die AlreadyShe Played 'Persephone' in The Matrix Movies. See Monica Bellucci Now…8 Exciting Sci-Fi and Fantasy Movies to Look Forward to in 20235 Video Game Movies That Don’t Suck5 Actors That Went All Out In Terrible Movies5 Great Movies Hidden Behind Terrible Trailers