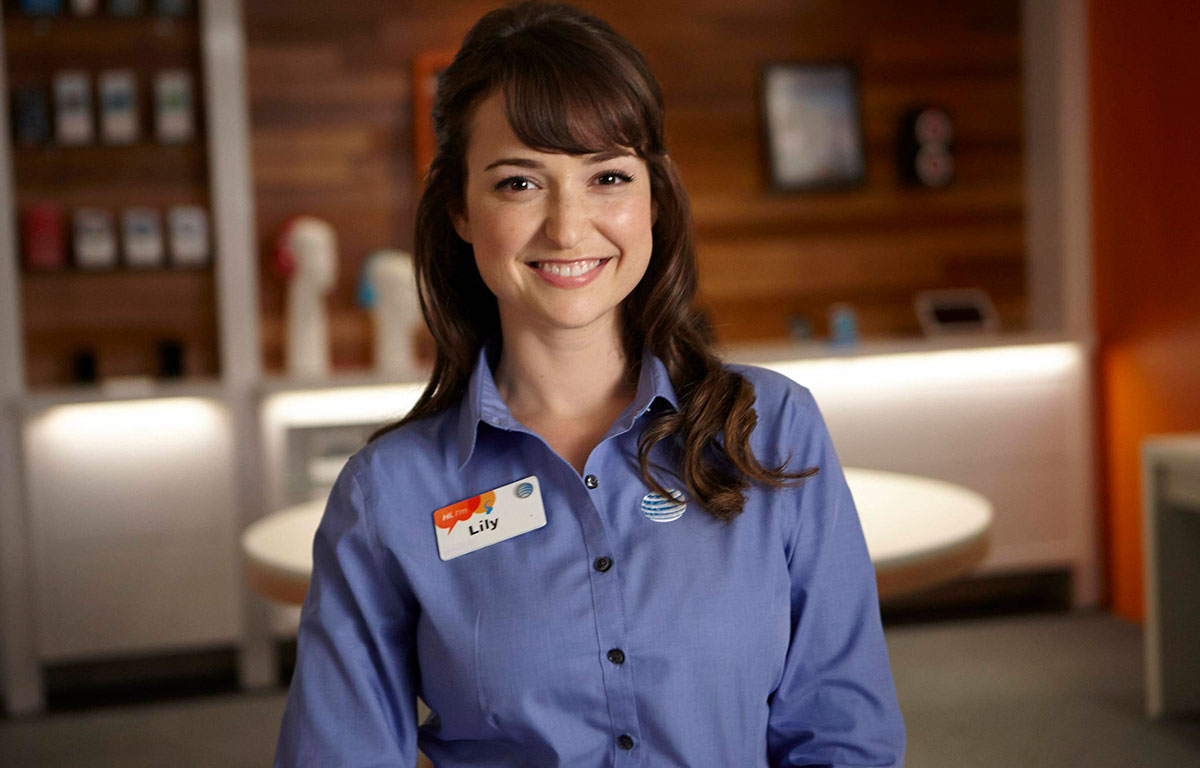 Milana Vayntrub gave cheers to the new year on Instagram following a New Years Eve get-together this past week, posting photos taken of herself and friends having a relaxed evening.

The Squirrel Girl actress is wearing a lacy blue dress, looking happy and healthy as she celebrates 2023. Though she’s best known as the character Lily in AT&T commercials, Milana’s varied career is something to be proud of, especially at the age of 35.

Born in the Soviet Union just before it collapsed, Milana Vayntrub left the country with her parents at two years old to make a new home in Los Angeles. Since her family struggled financially, Milana grew up trying to help in any way she could and took up acting as a result. While she had her television debut in 1995 on E.R., she wouldn’t make major waves until the early 2010s with her comedy and commercial acting.

The actress studied at the Upright Citizens Brigade, an improv theater founded by the sketch group of the same name which features Amy Poehler and Adam Mckay, among others. While creating her comedy in the wild west days of Youtube, Milana Vayntrub landed the role of Lily for AT&T, becoming one of the few recurring commercial characters that could take Progressive’s Flo on in combat. 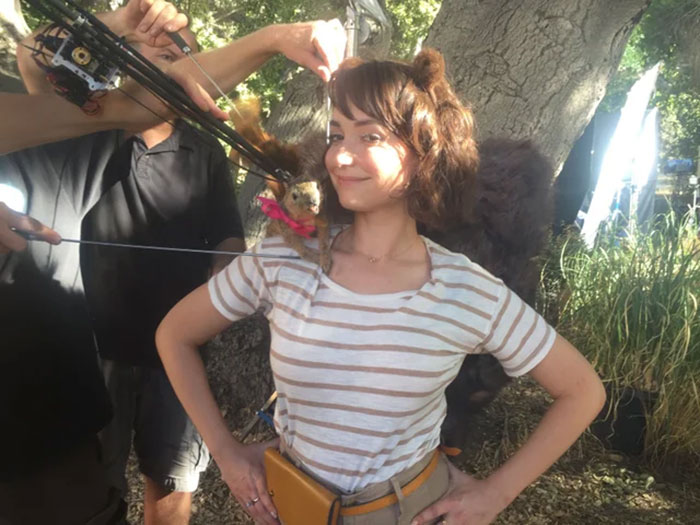 The stage seemed set for a change the to MCU hierarchy of power in 2017 with Milana Vayntrub being announced as the character Squirrel Girl in The New Warriors. The project was later canceled citing production issues, but in reality, there was no way to nerf Squirrel Girl enough to make the show realistic (She’s wrecked Thanos in the comics). Fortunately, Vayntrub would still get to play the character, taking up the role in the Marvel Rising animated series and beyond.

These days she’s more focused on being a mother and wife after having her first child recently. Though she won’t speak publicly about them or give names, she seems to be enjoying motherhood to its fullest in the years that count. She still pops up here and there in both commercials, voice acting for God of War or Marvel, and a role in the recent sleeper-hit Werewolves Within.

She remains a full-time advocate for social causes through it all, speaking vocally about reproductive rights and the ongoing refugee crisis in Ukraine, drawing from her own experiences with both, respectively. The actress has links to her active campaigns on her Instagram, along with both a documentary and foundation she created about Syrian refugees and their journeys. Since then she has expanded the project to encompass Ukrainian refugees and others.

Hopefully, we can all be just as joyful and hopeful for the new year as Milana Vayntrub and her friends in her most recent Insta post. The actress will surely continue setting an example as an advocate for others, and hopefully, inspire some more to do the same. Then maybe, someday down the road, we can see her kicking ass and taking names as Squirrel Girl on the big screen.