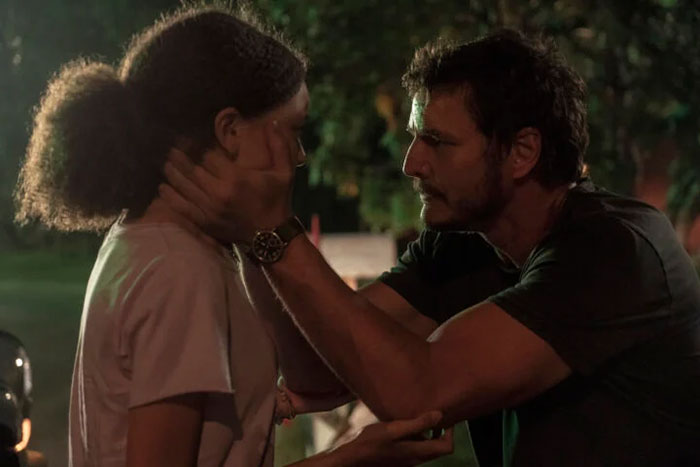 Let’s get the obvious out of the way first- The Last Of Us has quite possibly the best pilot episode of the last decade, possibly of all time. It sounds like an exaggeration but it did everything a pilot episode needs to accomplish in this type of situation- adapt the game but expand the story, show fans love through the little details, and keep escalating to keep audiences invested.

Then we get not only that but Pedro Pascal embodying the character of Joel right down to his walk and Bella Ramsey channeling Ellie’s snarky attitude. Assuming it sticks to the game’s same path and expands on it, the show may even outpace Craig Mazin’s previous series Chernobyl.

We are gathered here today, however, to discuss those little details, the easter eggs throughout the show that non-game players may have missed. Some subtle, somen-so-subtle, and some that hint at future story developments are scattered throughout the pilot episode, even as just name drops or actors. So without further ado, these are the easter eggs you may have missed in episode one of The Last Of Us

The first game opens with this entire sequence played as Sarah, and some of her dialogue is redone line for line in the pilot. Specifically, Sarah’s response to Joel about money- “I sell hardcore drugs.”

Curtis and Viper 2, the DVD Sarah takes from Mrs. Adler’s house and watches with her father on his birthday. Joel and Ellie make plans to watch this same movie in The Last of Us Part II. That’s all I’m leaving it at.

From the second they get in the truck until the plane crashes is almost shot for shot from the videogame. Beautifully and probably very meticulously shot, with the same angle and dialogue. One exception is a change to the burning building they pass, calling it Jimmy’s place instead.

Jimmy was Joel’s neighbor in the game who became infected and burst through their back door, trying to infect Sarah.

Joel leaves the wrench behind, which is honestly a dumb move if you look at it as anything other than a reference to the game. Melee weapons could be found sporadically throughout the game, but they would all break and have to be dropped or repaired after three uses, the wrench being one of them.

Not an easter egg for game players, but for anyone who’s had to deal with Austin traffic. There was nothing special about the cars on screen, they would have been driving that way apocalypse or no apocalypse.

The soldier that shoots Joel and Sarah is series creator Craig Mazin. Out of all the characters you could cameo as you choose the one that causes the most tragic death? What the hell, Craig?

You know there are various director/showrunner cameos everywhere in film and TV. Mike Flanagan was a priest in Midnight Mass, John Favreau was the doctor in Elf, and cameos are usually harmless little roles. For Craig though? Nah, Craig took his assignment as showrunner literally and ran audience emotions into the ground.

Honestly, I respect the dedication. That said, what the f*ck, Craig?

Marlene is played by the same actress that portrays her in the game, Merle Dandridge. So far, she’s the only actress to reprise her role in both games and the series.

In the episode, Marlene only says she dropped Ellie off at the FEDRA orphanage, but she wasn’t her mother. In the games, it’s mentioned that Ellie’s mother and Marlene were close friends with a long history.

Not as much an easter egg as it is foreshadowing at this point, Riley was Ellie’s best friend and first love. Their last hours together are what kicks off the main plot of The Last Of Us, as Ellie gets bitten.

This is from Left Behind, which was a DLC released for The Last Of Us Part 1 about a year after its release. It explored Ellie and Riley’s last day together and is confirmed to be adapted into the series as well, hopefully in its own standalone episode.

When Sarah is walking through her room after waking up, there’s a birthday card she made for Joel sitting on the table. This card was a small interaction in the game where Sarah mentions she forgot to give it to Joel.

Then, you know what happens next. Joel never gets the card.

The reveal of Ellie being infected is played out almost identically to the game, and the hints of clickers at the end are something chilling for fans of the game. Much more dangerous than the standard infected the prologue showed, these infected hunt by sound and are much stronger than your average infected human.

While this is only the pilot and there are plenty more easter eggs to come throughout the season, this was a pretty big haul for fans of the game and even some that haven’t. There’s so much to come and such a rich story waiting to be told, and from this first episode, it’s definitely in good hands.

The Verdict is in – Fans Absolutely Loved “The Last of Us” First…Yellowstone: The One Character That Almost Ruins The Show'The One' Reason Fans Rejected The Rings of Power But Loved House of…