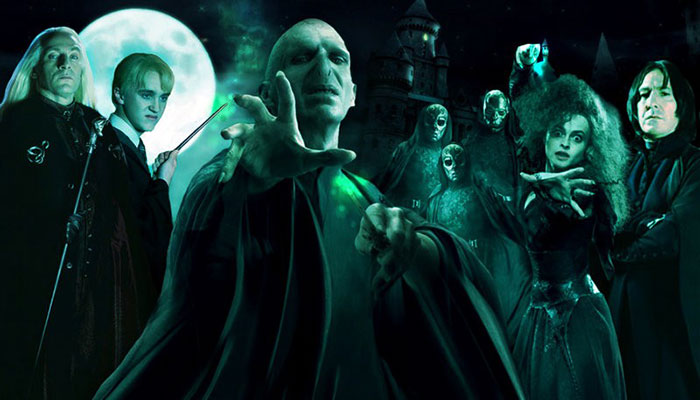 A simple question posted on Reddit has sparked a lively discussion within the Harry Potter fandom. The query relates to the fact that dark wizards do not possess the ability to conjure a patronus, and ponders what they can use instead. The short answer, is nothing. As Potterheads themselves explain…

The entire point of a patronus is to be able to use it as a shield against Dementors. The idea being that Dementors should have no reason to bother someone who is pure of heart, therefore only those who are truly “good” can conjure one. Dark wizards are not gifted with this power, which is the reason Dementors made the ideal guards for Azkaban. Well, not according to Dumbledore, who correctly protected that such dark creatures were very prone to switching sides, which is exactly what happened.

But in terms of pure magical ability, Dementors were able to keep dark wizards and witches imprisoned in Azkaban as without a patronus, the Death Eaters had no way to get past them. Which raises the question of Sirius Black, and why he relied on his animagus ability to transform into a dog, rather than use his patronus to escape. And further, why did he not conjure his patronus in Harry Potter and the Prisoner of Azkaban when the Dementors caught up to him?

Let’s consider these factors in turn. A patronus is an incredibly powerful piece of magic, but it relies of a feeling of pure happiness to conjure. One possible explanation is that Sirius was broken from 12 years imprisonment and simply lost his ability to conjure a patronus charm. It is assumed this was temporary, however given we do not actually see him cast it, the general feeling among fans is that Sirius died before he was able to fully regain all of his powers. Another theory is that conjuring a patronus to escape Azkaban would have drawn far too much attention and while it would work for one Dementor, thousands would have quickly overwhelmed him. Using his unregistered animagus power allowed him to simply slip past them, undetected.

Circling back to the Death Eaters, it is confirmed that they do not have a “patronus equivalent.” Instead, they rely on dark magic and the unforgiveable curses to achieve their aims. And as it turns out, as mentioned above and predicted by Dumbledore, the Dementors ending up siding with them anyway. It seems that Voldemort’s offer of free reign over the entire world and as many victims as they desired was just too tempting to refuse and thus they betrayed the Ministry of Magic.

But do dark wizards and witches have patronus envy? Unlikely. They seem to view the patronus as something that is unnecessary, given they place so much value on the unforgiveable curses. Not to mention the patronus is only useful for shielding against Dementors; it is not a lethal spell, nor one that seems to inflict any actual damage. It is highly probable they do not lament lacking the ability to conjure a patronus.