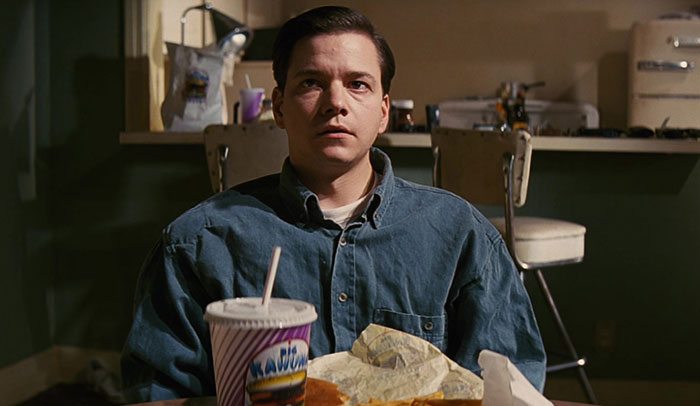 Frank Whaley is an American actor recognizable for his roles in Field of Dreams, The Doors, and Pulp Fiction. His career seemed to be on the upswing in the 90s, but what has he been doing since then?

Whaley was born and raised in Syracuse, New York and attended Albany University where he graduated with a Bachelor of Arts in theater in 1987. 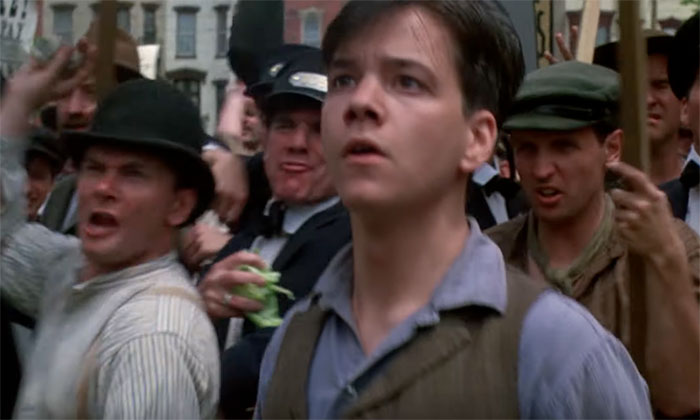 His first film role was in the Academy Award nominated Ironweed. He starred alongside Jack Nicholson and Meryl Streep as the young version of Nicholson’s character, Francis Phelan. The film is about a washed-up baseball player, Francis Phelan, who abandons his family after an accident. He takes to abusing alcohol and eventually becomes a wandering homeless man. He has flash backs about traumatic events in his life that have led him to where he is and tries to rekindle his relationship with his family. 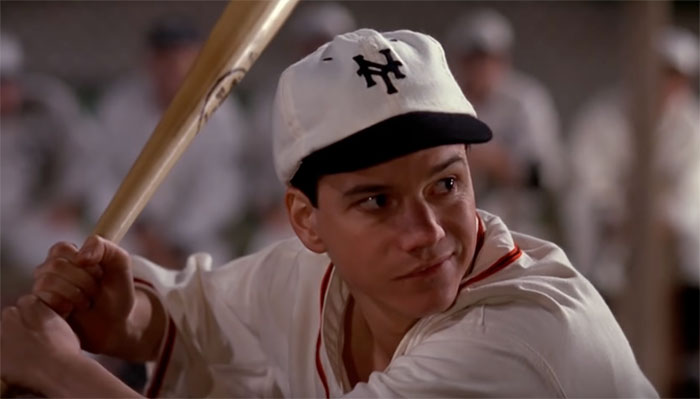 Whaley’s career took him to another critically acclaimed film shortly after when he won the role of Archie “Moonlight” Graham in Field of Dreams. Archie was a baseball player for the New York Giants who never got to the bat, so he gave up his dreams of being a baseball player to become a doctor. When the baseball field was built, he was finally given the chance to play.

Whaley kept himself very busy in the 90s with roles on over twenty films, some lead roles like in John Hughe’s Career Opportunities and as Robby Kreiger in the music biopic The Doors. But perhaps his most recognizable role was one of his smaller ones in Pulp Fiction. 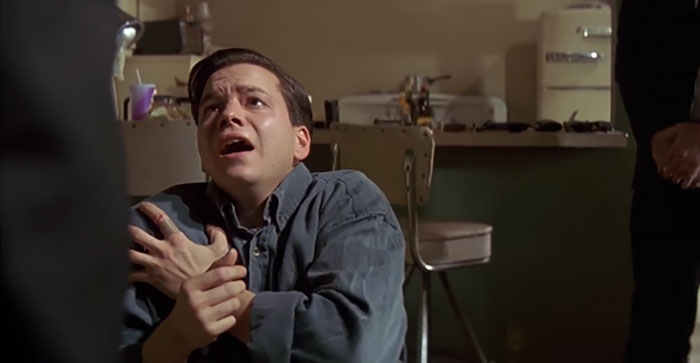 He played Brett in Quentin Tarantino’s top rated film Pulp Fiction. In the film, Samuel L. Jackson and John Travolta’s characters (Jules and Vincent) are tasked by their boss Marsellus Wallace to handle a group of young men who went into business with him for an unknown reason. The apartment scene where Brett is questioned by Jules is perhaps one of the most iconic moments of the film, and Whaley does a phenomenal job in it.

What did he do after Pulp Fiction? 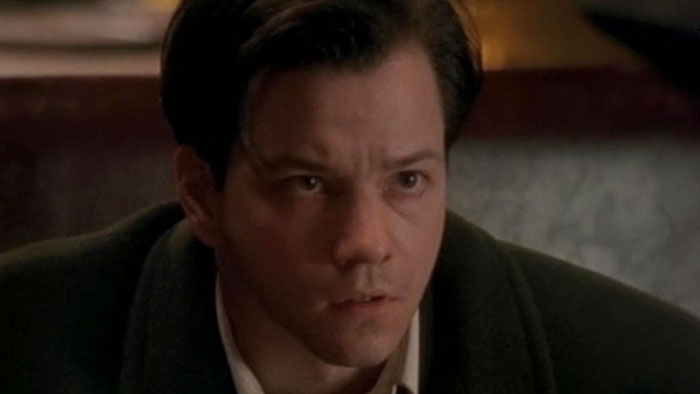 Since his role in Pulp Fiction, Whaley went on to start in several other low budget films in the late 90s and 2010s. He’s also made appearances on dozens of television shows such as The Outer Limits, House, The Twilight Zone, Lawn & Order, and Curb Your Enthusiasm. Most of his television appearances have been brief one- or two-episode stints on the shows.

What is Frank Whaley doing now? 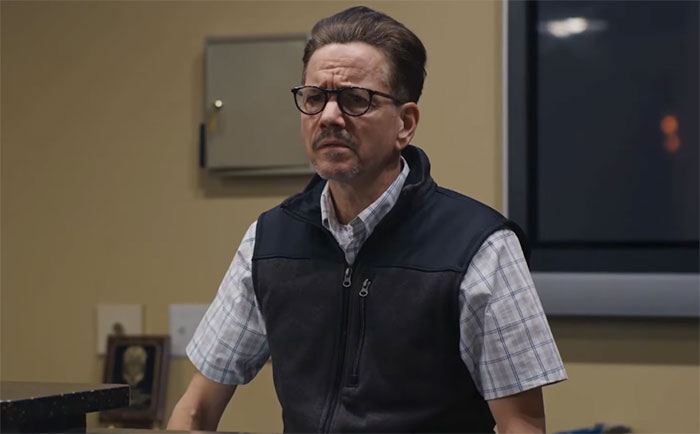 Frank is still very much active as an actor. He is nearing 125 acting credits to his name. Most recently he appeared on an episode of the HBO reboot of Gossip Girl where he played the alcoholic father of teacher and Gossip Girl founder, Kate Keller. He also made an appearance in five episodes of the Starz show Power Book II: Ghost where he played Judge Lucas.

Whaley has a few projects in the works with unknown release dates. He will play Robert Poe in a horror retelling of Edgar Allan Poe’s classic The Fall of the House of Usher, not much is known about his role yet. He will be starring as Detective John Watson in a crime drama titled Alone Today. The film is about two women looking to escape the clutches of a crooked detective while also helping women being trafficked over the Mexican border. 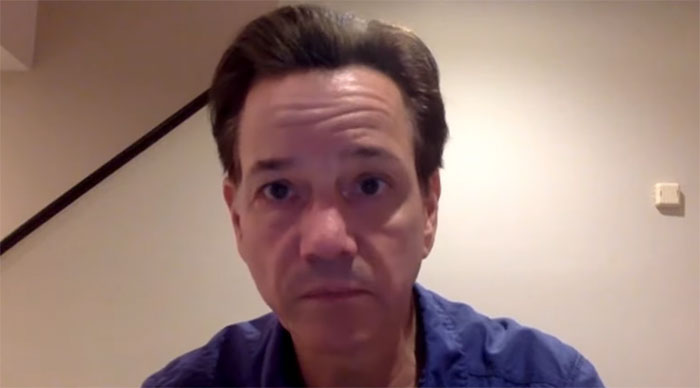 Aside from acting, Whaley has also directed a handful of films. He made his directorial debut in 1999 with Joe the King, a film about a young boy who turns to crime to payback a debt his father owns. The film stars Noah Fleiss as Joe; Val Kilmer and John Leguizamo also make appearances. He also directed The Jimmy Show in 2002, which he starred in alongside Ethan Hawke and Carla Gugino. The film is about an unsuccessful New Jersey inventor who turns to stand-up comedy. In 2014 he directed Like Sunday, Like Rain, a heartfelt dramedy about a 12-year-old prodigy and his nanny struggling to find their place in the world.

According to his IMDB there is an upcoming project of Whaley’s titled Wait Till You See Me Dance, not much is known about the project at this time, but it is in pre-production!

In 2001 Whaley married his wife Heather Bucha Whaley, and they now have two children together. They host a podcast together called The Whaley Family Hour where they discuss random topics and fill listeners in on fun trivia. Heather Bucha Whaley is an actress and the author of Eat Your Feelings: Recipes for Self-Loathing, a cookbook with fun recipes comedic commentary.

Alyssa is a freelance writer from Philly. When she isn't working, she's either working on her own fantasy novel or playing an obscene amount of Stardew Valley.
More from Alyssa

Hire her on Upwork