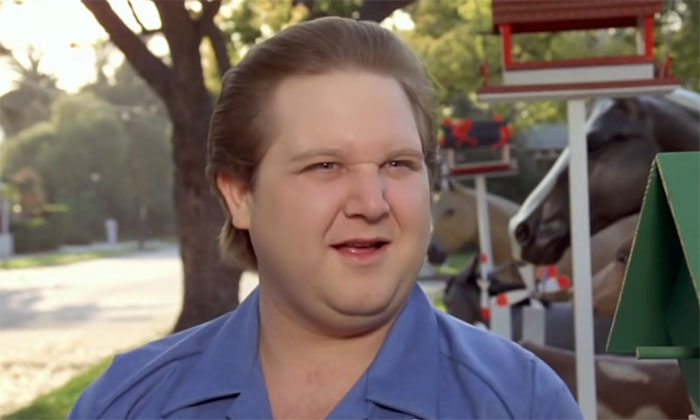 Some actors are notable for their distinct appearances in numerous cult films. Mark Holton is an excellent example and is best known for his work in the 1980s and in movies like Pee Wee’s Big Adventure and Teen Wolf.

He graduated from Okmulgee High School in 1978 and attended Northeastern State University in Tahlequah, Oklahoma. Very little about his past is readily available.

Before landing one of his most iconic roles early in his career, Mark Holton had two appearances. The first was in a film called What’s Up, Hideous Sun Demon (1983), where his character was only known as “Guy.”

He would also appear in two episodes of the sitcom Webster from 1984 to 1985. In 1984 he played Stanley in the season one episode “More Than a Memory,” whereas, in season two, he played a different character, a clown, in the episode “Strike Up the Band.” His role as a clown would create an exciting parallel later in his career. 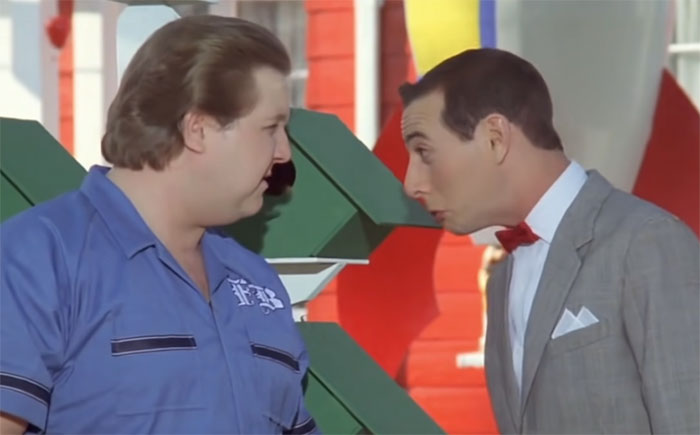 Mark Holton has had 46 acting credits. His most iconic role would be in 1985’s Pee-Wee’s Big Adventure, where he played opposite Paul Reubens. Holton would play Francis Buxton, a spoiled man-child and bully responsible for stealing Pee-Wee’s bike. 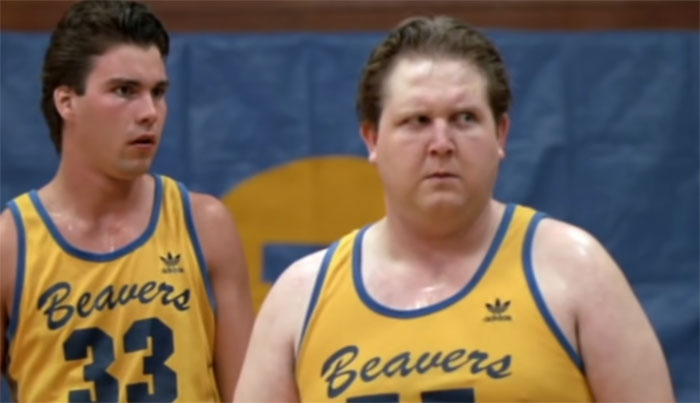 Holton would play the character Chubby in the Michael J. Fox comedy Teen Wolf in 1985 and reprise the role in the sequel, Teen Wolf Too (1987), starring Jason Batement. Holton’s appearance would land him in numerous roles where he would play a large, buffoonish, or simple man, such as the case of the movie Stoogemania in 1985, where he played the Son of Curly. 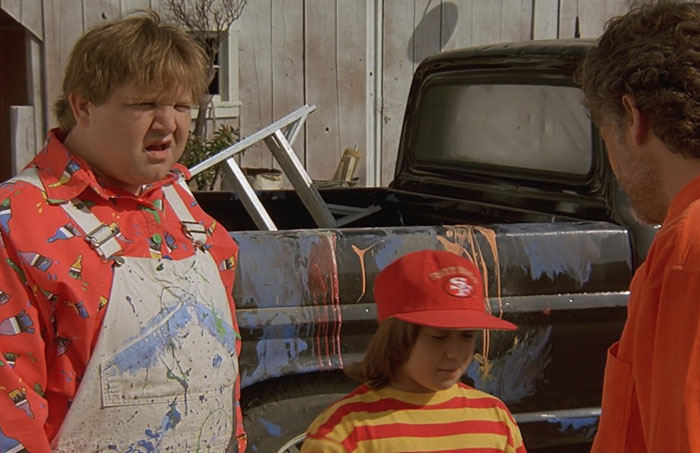 He would also appear in multiple television series, including The Young Indiana Jones Chronicles (1993), Seinfeld (1994), Star Trek: Deep Space Nine (1996), and NCIS (2003). He is noted as the only returning actor in the Leprechaun franchise that isn’t Warwick Davis, appearing in the first film in 1993. The second film would be 2018’s Leprechaun Returns. 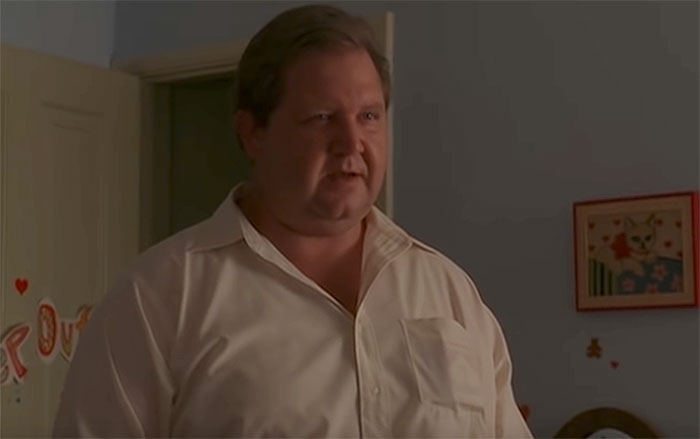 Arguably, his darkest and second most iconic role would be in 2003’s Gacy. The film was a leading role for the character actor. The direct-to-video psychological thriller had Holton play the infamous murderer John Wayne Gacy. Holton was praised for his performance. The real-life Gacy, of course, sometimes worked as a party clown, making Holton’s role as a clown in Webster in 1985 particularly funny.

What is Mark Holton doing now? 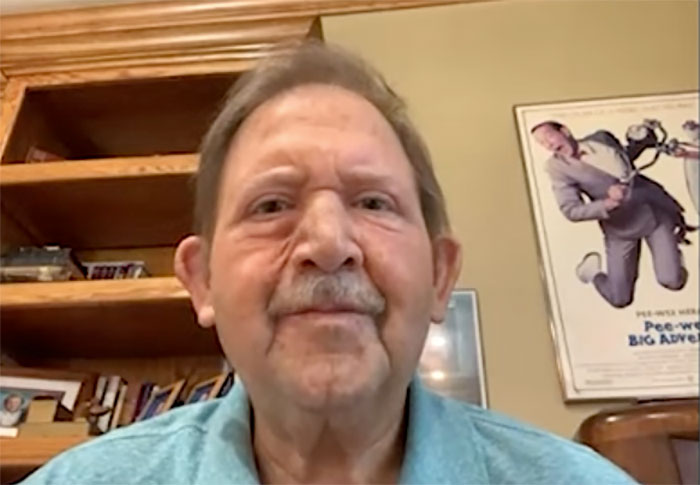 Between 2008 and 2018, Holton’s career took a downturn. He had worked with Tim and Eric of Tim and Eric Awesome Show, Great Job! but did not work again until 2018 with Leprechaun Returns.

As of 2022, he performed as a narrator in the podcast Tales from the 6th Dimension. He also has an upcoming horror project in post-production called Stream – though details are scant.

Holton has found success on the convention circuit. He appeared in multiple conventions in 2022, and in 2023 he will at least be attending the Cult Classic Convention in Bastrop, Texas. 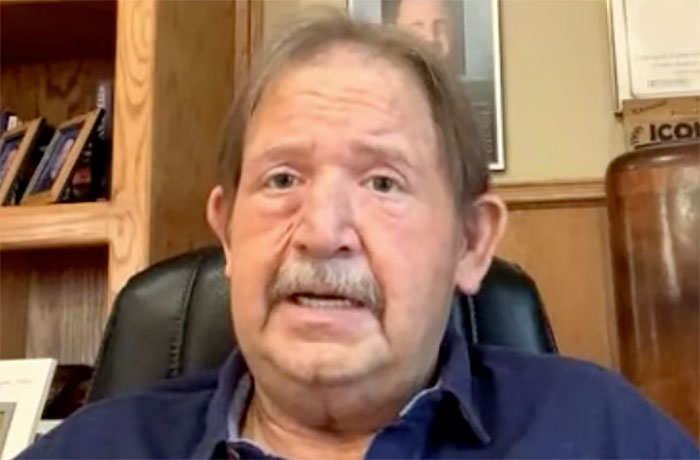 Like many celebrities, Holton has also had success recording personalized videos on Memmo for fans of his films, often as Francis Buxton from Pee-Wee. Speaking of Pee-Wee, he also hosted a film screening in Texas in August of 2022, fulfilling a life-long dream of introducing a screening.

Holton also has launched an online shop of memorabilia.

It is unknown if Mark Holton is in a relationship. There are no articles or sources that confirm that he was married at any point, and he has not publically stated that he is married, either.

Mark Holton appears to have a child. Holton posted being the Father of the Bride in 2021.