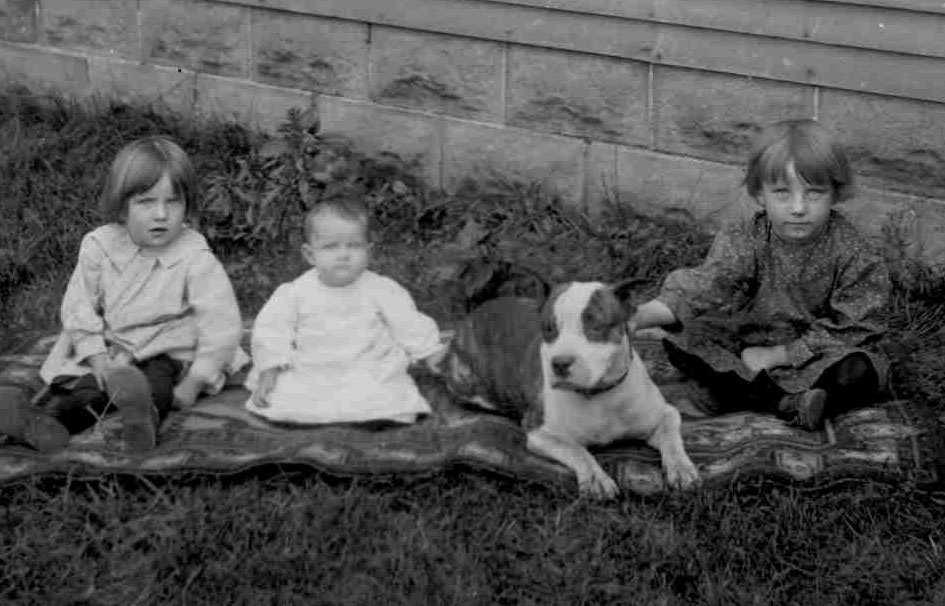 Whether you are a Pitbull lover or a hater (and we’re definitely the former) it would be hard to deny that their reputation over the last century and a half has been a roller coaster of ups and downs.

After spending most of the twentieth century as America’s most beloved dog, considered staunch, loyal and loveable enough to feature in both military advertising and children’s comedies, their reputation began to decline in the sixties and reached a nadir in the 80s, particularly after a controversial 1987 case when a Pitbull guarding a marijuana crop killed a two year old toddler.

Increasingly, two polarized camps have battled in public and in every corner of the Internet over the reputation of the Pitbull. The first are the anti-Pitbull activists, the most extreme of whom will often distort facts in their bid to persuade the world that all Pitbulls are murderous and should be eliminated. The second are the pro-Pitbull enthusiasts, a minority of whom can also be selective with facts in their efforts to protect the good name of their beloved Pitbulls.

It’s understandable that this debate is so heated and emotional. It is truly a matter of life and death, given that it often moves off newspaper letters pages and website forums into courtrooms.

Many counties and states in the USA have enacted breed-specific legislation. One of the most controversial of all was in Tijeras, New Mexico, where local legislators reacted to a terrible attack on a child by banning all Pitbulls and Pitbull cross breeds and enabling them to be killed on sight and without warning or compensation. It’s worth noting that the very victim of that attack is now one of the locals most outspoken in her defence of Pitbulls. There’s even a book about this whole nationwide struggle, Bronwen Dickey’s “Pit Bull: The Battle over an American Icon”.

It’s from the defenders that the often repeated claim that in the nineteenth and early twentieth centuries Pitbulls were called “Nanny Dogs” has emerged. One commenter on our own forums even said they were bred for this purpose, and there are whole Facebook pages set up to celebrate “The Nanny Dogs”.

Unfortunately, while there is lots of evidence that Pitbulls and children could and can form loving bonds, and reams of vintage photographs showing babies and children posing with Pitbull breeds, there is no evidence that they were ever called Nanny Dogs at the time, and certainly weren’t bred for the purpose.

It’s hard to deny the bloody origins of the Pitbull when it is baked into their very name. The bull comes from Old English Bulldogs, used in the 17th century practice of “bull baiting” where a chained bull would be attacked by several dogs at a time. Bloodsports were banned in England in 1835, so breeders crossed Bulldogs with Terriers for use in fights against other dogs and rats, fights which were easier to hide from the law. These horrific battles would take place in pits, which is where the “pit” part of the name comes from.

This is unwelcome reading to many Pitbull fans, and often totally at odds with the loveable, affectionate people pleasers that we have come to know and love in our own homes. Unfortunately, it is also historically accurate and can be fact checked. Many books on dogs from the 18th and 19th century describe the origins of the Pitbull. The New York Times still has on its site an archive piece from 1908, reacting to a controversy of the day (yes, controversy over Pitbulls is nothing new) by providing a history of what they call the “bull terrier” and describing “the greatest fighting machine, pound for pound, on four legs.”

It’s ironic that this source is the New York Times, since that very same paper is also the one which seems to have unwittingly introduced the idea of the Nanny Dog to the world. In a 1971 (yes, 1971, not 1871) article called “A Breed That Came Up The Hard Way”, the wonderfully named Lilian Rant, President of the Staffordshire Bull Terrier Club of America, says “The Stafford we know today quickly becomes a member of the family circle. He loves children and is often referred to as a ‘nursemaid dog.’" The most important thing to note here is that she is clearly speaking in the present tense, not claiming a much gentler history for the Staffordshire Bull Terrier, which is very similar to a Pitbull and was presumably the basis for the Pitbull Nanny Dog myth.

None of this should be read as us endorsing the damaging myth that all Pitbulls in 2020 are uniquely dangerous and violent. We believe that any dog can be dangerous in some circumstances (yes, even that cute little Pomeranian can be a killer, see this LA Times story about a toddler’s tragic death), and recognize that the Pitbull’s sheer strength can make it more so, but we also believe that if they are well trained, well controlled and well managed Pitbulls will go through their lives without harming anyone. We also know first hand just how affectionate and gentle they can be with humans – including toddlers.

We also know that many Pitbull haters are very selective in their use of facts and often guilty of jumping on a bandwagon. Pitbulls are just the latest in a long line of dogs to be demonized over the years, with past victims including Dobermans, Rottweilers and German Shepherds. And they are certainly not the first dog to have been bred for a violent purpose: Dachshunds were designed to go into fox and badger dens to kill these aggressive foes, Greyhounds would chase and kill deer, and Cane Corso’s would attack savage boars. Yet people recognize that these dogs have changed over the years.

However, we firmly believe that the controversy over Pitbulls will only end when all sides talk to each other reasonably and stick to the facts. Bad Rap are a Pitbull activist group who have led the way on this. In 2013 they were brave enough to stand up to the pro-Pitbull extremists in their own group and write clearly: “Did you know that there was never such thing as a ‘Nanny’s Dog’? This term was a recent invention created to describe the myriad of vintage photos of children enjoying their family pit bulls. While the intention behind the term was innocent, using it may mislead parents into being careless with their children around their family dog.

Those of us who would be heartbroken to see more Pitbulls killed because of stereotypes and misinformation need to make sure we don’t spread any ourselves and undermine our own reputation for truth-telling. From this point on, let’s focus on the very real positive qualities that Pitbulls have, while also fully adopting the strong training and discipline that prevents controversy-feeding incidents. That is the best way to protect our beloved Pitbulls.