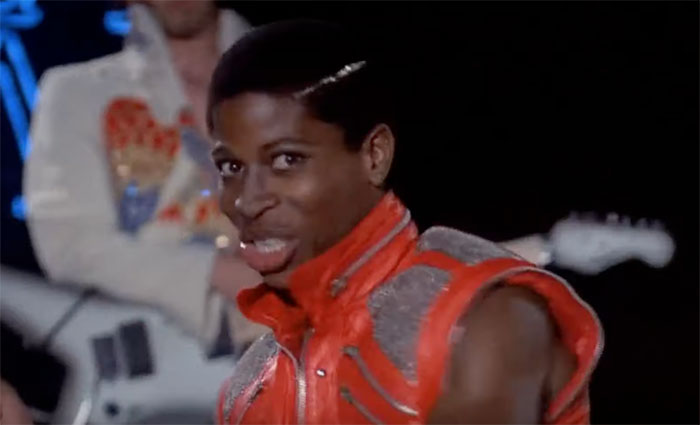 He grew up as the class clown. A teacher who cared deeply suggested that he directed some of that energy onstage, so he tried out for Wizard of Oz. They gave him the role of Broomsweeper (which doesn’t exist!).

But right before opening day the wizard dropped out and he took up the spot.

From that fateful day started a successful acting career, landing one of the largest roles of the 80s and opening a generation’s eyes to the possibility of being Black and gay on screen.

Keep reading to find out whatever happened to Larry B. Scott.

Revenge of the Nerds 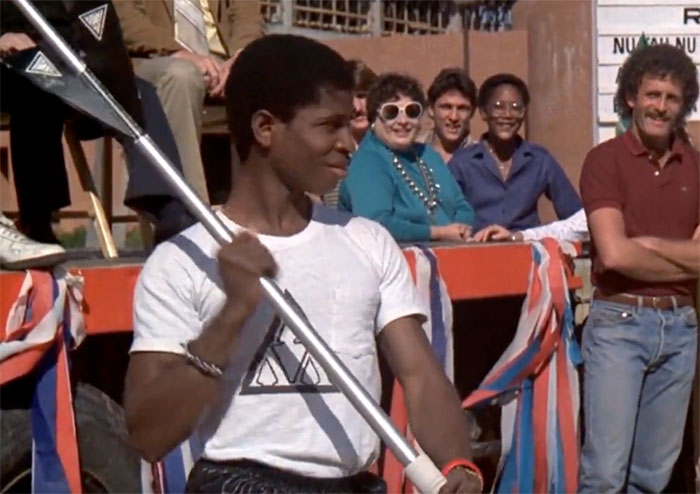 Larry biggest and most well known role in Hollywood is ‘Lamar’, the effeminate fraternity brother, in the 1984 cult classic, ‘Revenge of the Nerds’.

He protrayed the character so well that many people mistakenly assumed he was gay.

Is Larry B. Scott gay?

Larry B Scott is not gay in real life. He received a lot of praise for his role of Lamar, stating: “I can’t tell you how many times gay guys have come up to me and said: ‘Thank you, thank you, thank you. You’ve held our flag up so high!’ But that was just my job as an actor.”

Subsquently he was asked to play many gay roles, including the flamboyant gay character on Mannequin, which he turned down.

When asked what he thought about it, he said it didn’t bother him as an actor, but he didn’t want to be typecasted and he wanted to play a multitude of roles.

Larry says he gets recognized on the street up to 20 times a day, but is often referred to as “the gay guy”, even when he’s on a date with a woman.

What did he do after Revenge of the Nerds? 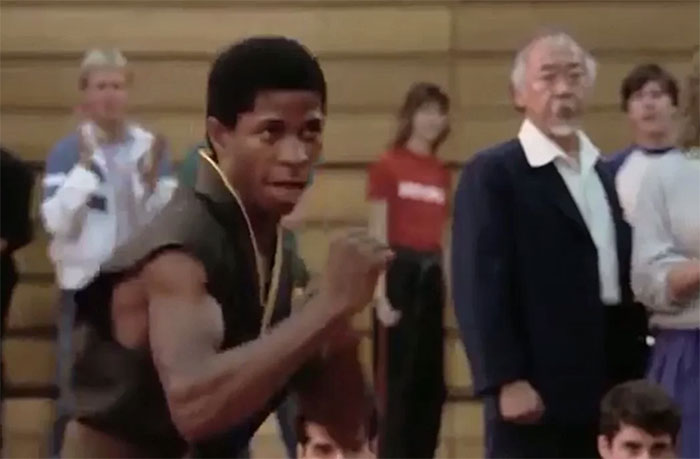 In SpaceCamp (1986) he played as Rudy Tyler. In Fear of a Black Hat he had the role of Tasty-Taste, a very violent secondary rapper who was always armed with dangerous weapons. Tasty-Taste mimics Eazy-E and Flavor Flav.

He also makes a appearance in The Karate Kid and loses to Daniel LaRusso in the tournament at the end.

He was also in Iron Eagle, a military action film that got negative reviews but still earned $24 million.

Then he co-starred in Walter Hill’s Extreme Prejudice, and had a role in That Was Then…This Is Now, adapted by S.E. Hinton.

He’s also been in many TV sitcoms, such as Martin, Barney Miller, Seinfeld, St. Elsewhere, The Jeffersons, and Magnum P.I.

In Super Force, an early 90’s sci-fi TV series, the lethal battle suit worn by the character Zachary Stone was designed by Scott’s character, scientist F.X. Spinner. The series is a beloved classic among those who grew up in the early 90’s.

To try something new, he voiced Paladin in the game Diablo II.

However, despite his talent, he never got a huge project again like Revenge of the Nerds. This is hard to believe considering he is such an incredible actor who played an extremely memorable role that shaped a generation.

But even though he hasn’t had any other major breakthroughs, he’s still a part of so many monumental movies and therefore part of an important era of cinema.

He seems happy with his life and will always be remembered as one of the best actors of the 80’s. 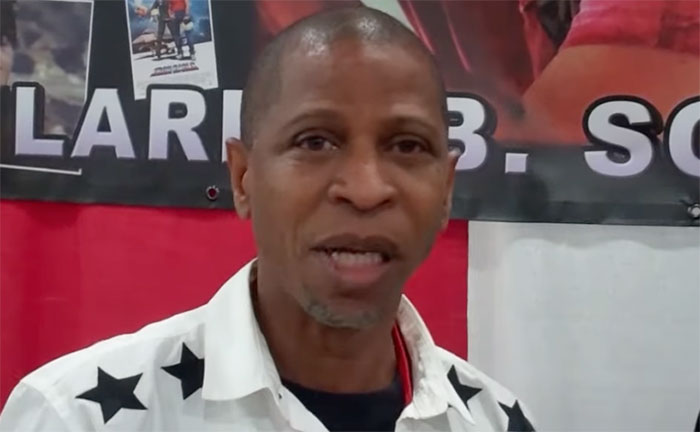 Larry is still acting with his most recent role being ‘Clancy’ in the show Black Jesus.

Alongside acting, Larry in charge of Whatever It Takes (W.I.T.) Filmwerks, where he teaches the next generation how to be actors. Some actors he has taught include:

Larry is not married but he has two kids named Brandon and Tyler.

Does he have social media?

Larry B Scott has social media.