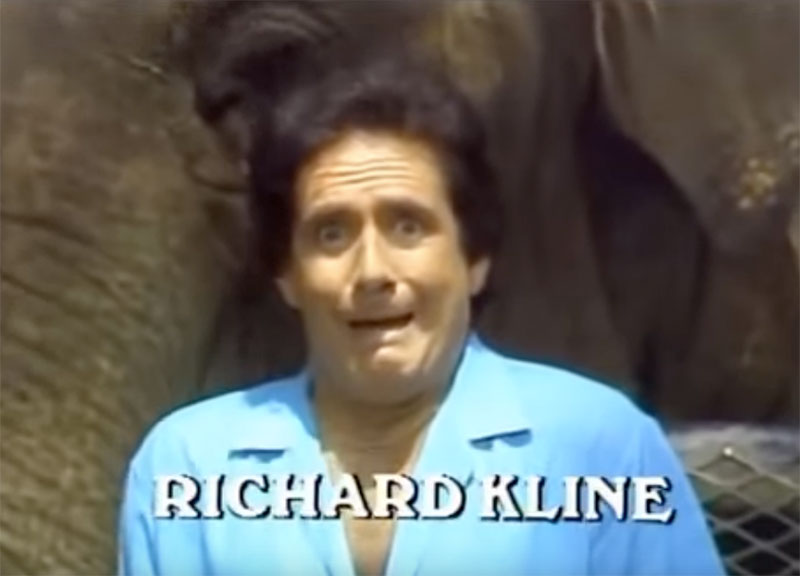 Whether you grew up watching it or relied on morning TV reruns, Three’s Company is a show everybody has seen at least one episode of. One of the most controversial programs of its time, Three’s is a legend in the world of TV sitcoms.

Outside the famous trio, the actors who played regular characters on the show also enjoy lasting fame, including actor Richard Kline.

Richard Kline was born April 29, 1944. He grew up in New York City in a reformed Jewish household that identified with the religion ethnically and culturally, rather than religiously.

He graduated with a bachelor’s degree from Queens College in Speech. He then went on to get a Masters of Fine Arts in theatre from Northwestern University in Illinois. He spent time at the height of his career living in Bel Air in California before eventually returning to his native coast.

Richard was a lieutenant in the United States Army when he served in the Vietnam War.

He was in the army for three years, one of which he spent as a Special Services officer posted in Hue, Vietnam.

There, he survived five rocket attacks and being struck by lightening while on active military duty!

He hasn’t spoken much about his experience directly, but did act in 1981 in a play called How I Got That Story by Amlin Gray, written in 1971, which encapsulated the American experience in Vietnam.

When did Richard Kline start acting?

Richard started acting upon his return from war.

In 1971, he started his career with the prestigious Lincoln Center Repertory Company. He performed in Shakespeare with Love’s Labour’s Lost, Arthur Miller’s famous Death of a Salesman, and a musical stage production of Titanic, to name a few.

His Broadway debut was in the 1989 production of the musical City of Angels. He was even given the honors of being the eponymous star of By Jeeves in Andrew Lloyd Weber’s American premier of the play. 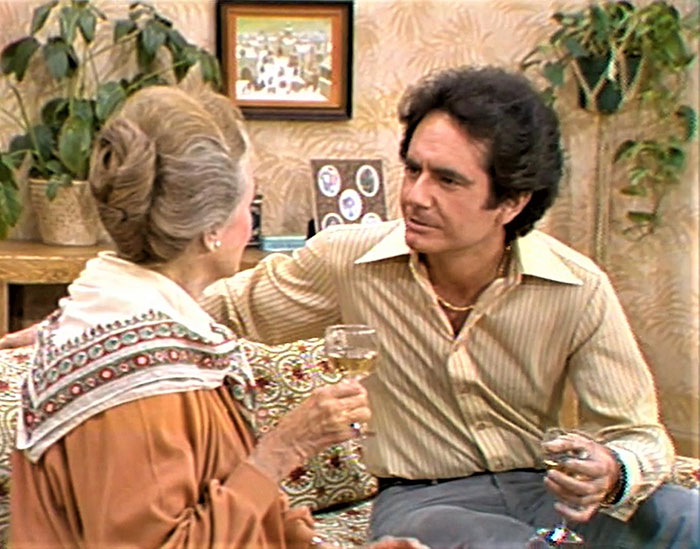 Three’s Company is a sitcom put down in the history books of TV. Even if someone hasn’t seen the show, they know the premise of three roommates in the 1970s.

Jack moves in with Chrissy an Janet when they’re desperate for a third roommate, despite the fact that their landlord refuses to let unmarried mixed-gender friends live together. The Three lie, saying Jack is gay, and try to maintain the ruse throughout their time living together.

Richard’s role in Three’s was as their skeezy neighbor, Larry Dallas. Jack’s best friend, Larry works as a used car salesman and is known as a playboy.

In the first three seasons of the show, Richard’s role was recurring, but minor. From the fourth through eight (and final) season, he becomes a more solid, main character.

When reflecting on the character of Larry, Richard defines him as an oxymoron, but not a bad guy, saying he “was never overtly mean or criminally conniving, he just had a fixation on women and money.”

When asked about whether or not he would want to have a Three’s reunion, despite John Ritter having past away and Suzanne Somers not talking to Joyce DeWitt, Richard said a reunion without the whole lot of them would be “ill-advised.”

However, five years after that interview in 2016 there was a reunion at The Hollywood Show.

What was Richard Kline’s relationship wtih John Ritter like? 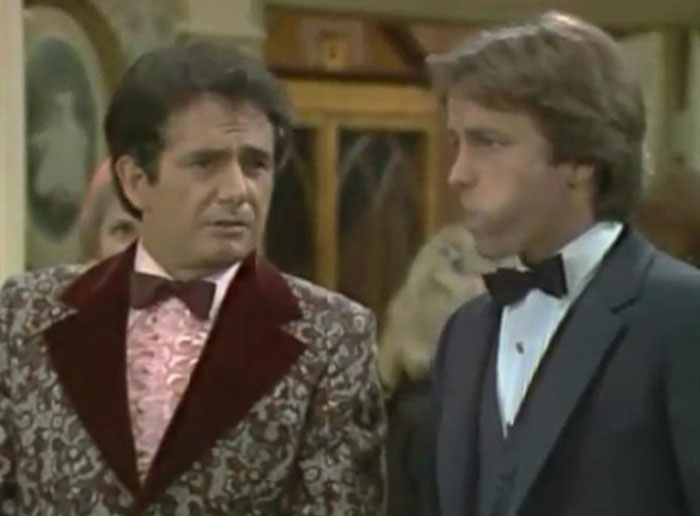 As for Richard’s relationship with John Ritter, the actor who played main character Jack Tripper, the two who played best friends on screen were also close friends in real life.

The two were the only actors to carry their characters throughout each of the trio of programs: Three’s Company, The Ropers, and Three’s a Crowd.

What did Richard do after Three’s Company?

Richard’s face would be familiar to many, even if they haven’t seen Three’s. He regularly guest starred in several well-known TV shows over the years, including Gilmore Girls, That 70’s Show, NYPD Blue, and the Mary Tyler Moore Show.

Along with TV acting, Richard has always pursued a career on the stage. He has acted on- and off-Broadway in plays such as November, Boychik, Wicked, The Wizard of Oz, and more.

He has experience directing both behind the camera and in front of the stage.

What is Richard doing now? 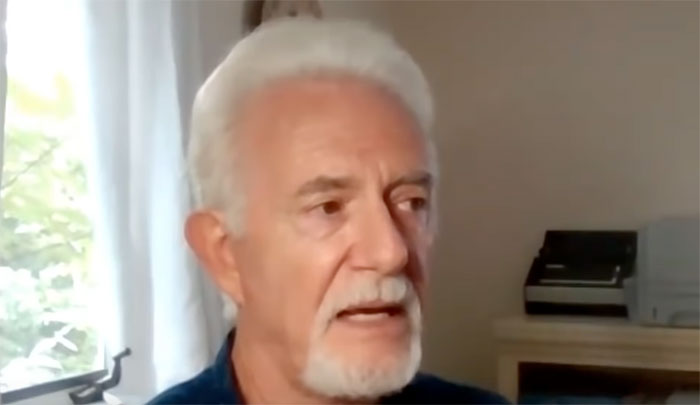 Today, Richard Kline has settled in West Orange, New Jersey, with his wife and their two cats. He still appears as a guest star on TV shows such as Harlem and Blue Bloods from time to time.

Richard also teaches an acting workshop in Manhattan for comic and dramatic acting. You can also get in touch and have a personal message curated for a special event from Richard thanks to his Cameo page. 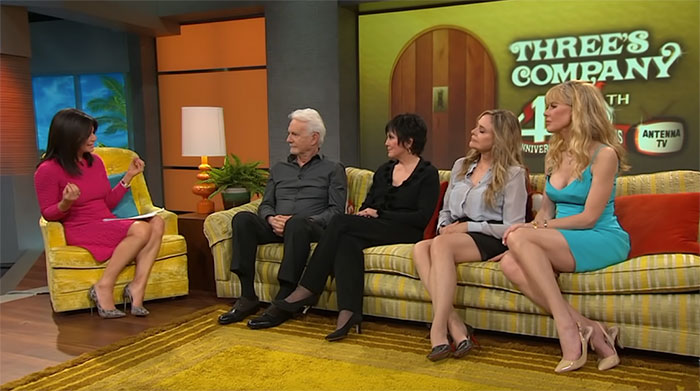 Despite Richard having been against a Three’s reunion in 2011, he, Joyce DeWitt, Jenilee Harrison, and Priscilla Barnes got together for an autographic signing at The Hollywood Show in September 2016.

The following March, there was a 40th Anniversary marathon of Three’s Company on Antenna TV who got Joyce, Richard, Priscilla, and Jenilee Harrison together.

The gang reminisces about their characters, the guest stars they had on Three’s, the famous attention it drew them outside the show, and more.

Richard has been married three times in his life. The first was to Kathleen Doyle in 1973. The couple divorce in 1980.

Two years later, Richard Married Sandy Molloy who, at the time, worked as an assistant to the director on famous productions like Flash Gordon and Alien.

Together, the couple had a child and stayed together for twenty years. The couple eventually divorced in 2002, the same year Richard married Beverly Osgoode.

Beverly is the owner of a business support management company that serves psychologists and attorneys. The couple remain together to this day.

Does Richard have any kids? 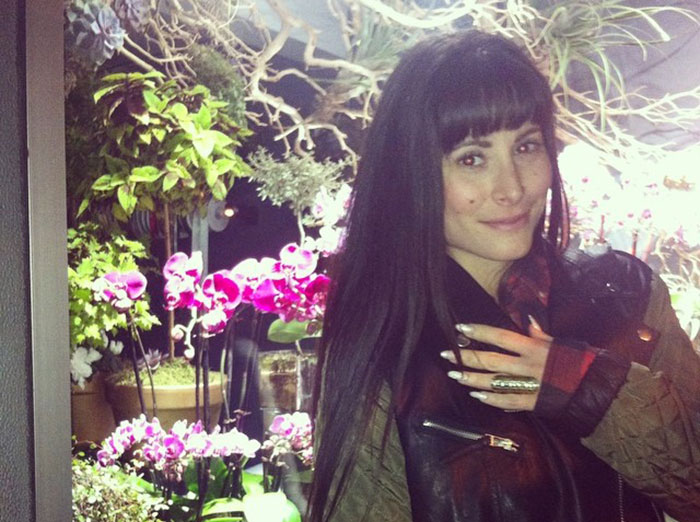 Richard had a daughter with his second wife, Sandy, who they named Colby. She is a singer and actress living in Los Angeles. Colby Kline has songs out on Spotify and Apple Music.

No, despite sharing the same last name the two famous actors are not related at all. Nor is he related to prolific actor Robert Klein.

Is Richard on social media?