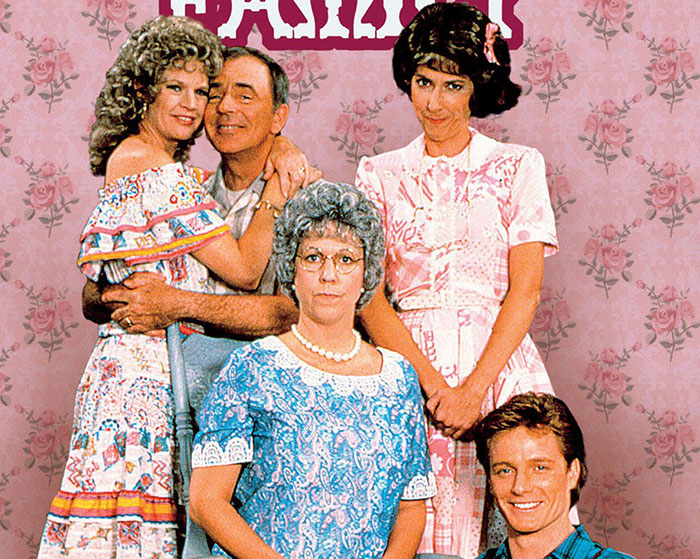 Sometimes actors in big television series continue their careers in exciting ways, while sometimes, their careers fade away. The comedy Mama’s Family, a spin-off of The Carol Burnett Show, is now different.

Actors would come across 130 episodes, with someone having established careers and others not doing much else beyond the show.

The show follows the wacky adventures of the Harper family and their friends and neighbors in the town of Raytown. The series would revolve around the family’s matriarch, Thelma Haper, the titular “Mama,” who was quick-tempered and brash. 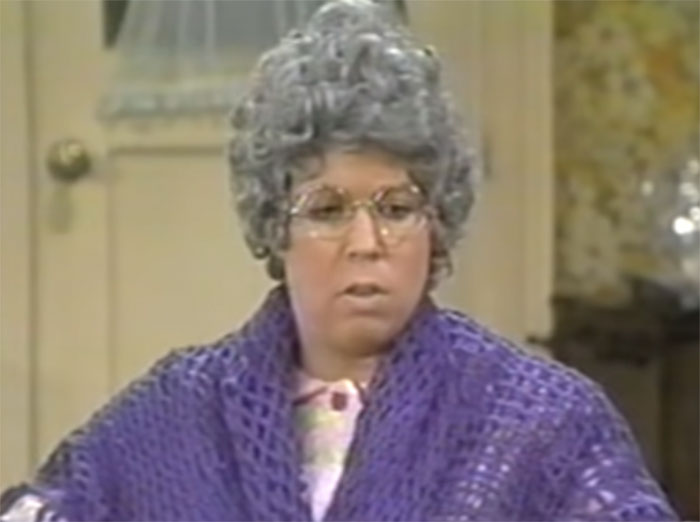 Vicki Ann Lawerence, sometimes known by Vicki Ann Axelrad, and Vicki Lawrence Schultz, was born on March 26th, 1949, in Inglewood, California. Vicki Lawrence is an actress, comedian, and singer. She is best known for her character Thelma Harper, usually referred to simply as “Mama,” one of many characters she developed on The Carol Burnette Show from 1967 to 1978.

She is the daughter of Anne Alene and Howard Axelrad, but the family surname was changed to Lawrence when Vicki was a child.

She was a graduate of Morningside High School in Inglewood and would go to UCLA while on The Carol Burnett Show, but ultimately dropped out. A chance comment about her in a local paper noted her similarity to Carole Burnett, and Lawrence wrote to the comedian, leading to their eventually working together.

Carole Burnett and Harvey Korman would take Lawrence and help shape her craft. She managed a career as an actress, host, and even a singer in her time. Three of her songs include “The Night the Lights Went Out in Georgia,” “Ships in the Night,” and “The Other Woman.”

She would play Thelma Harper from 1983 to 1990 on Mama’s House, spanning 130 episodes. The grumpy southern mom character originated on The Carole Burnett Show and would appear in many other shows.

In the time since Vicki Lawrence has been married twice. Her first husband was Bobby Russel from 1972 to 1974, but they divorced. Her second husband was Al Schultz, and she has remained married since 1974. She had two children with Al named Garret and Courtney during that time. 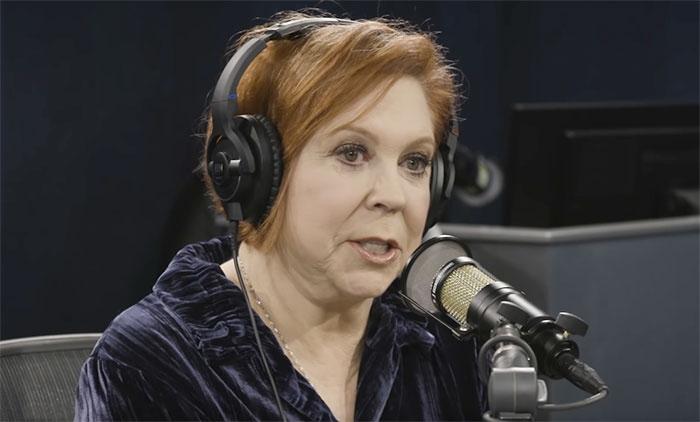 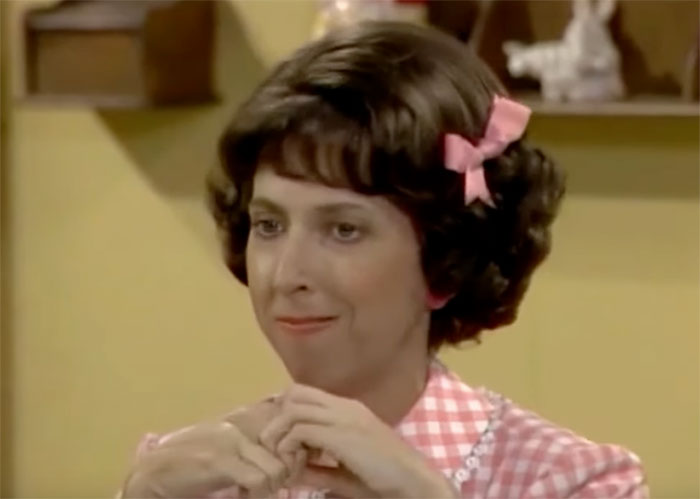 In Mama’s House, Beverly Archer would play Iola Lucille Boylen, a spinster neighbor of the harpers. A recurring gag would include brief temper tantrums referred to as “spells.”

While Mama’s House was the highest-profile project Beverly Archer worked on, there were other series where she appeared. She got her start on The Nancy Walker Show in 1976, and We’ve Got Each Other in 1977. 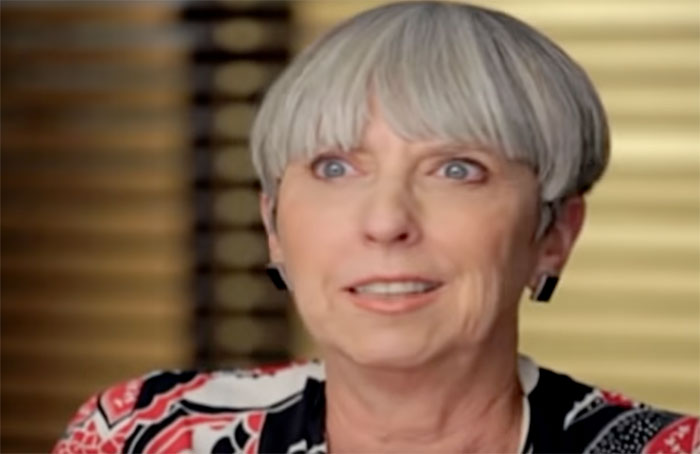 She would have a recurring role on Major Dad from 1990 to 1993 and appear in a few animated series such as Aaahh!!! Real Monsters and Jumanji. She would make a series of appearances in The Young and the Restless in 1999 but retire from acting shortly in 2002. 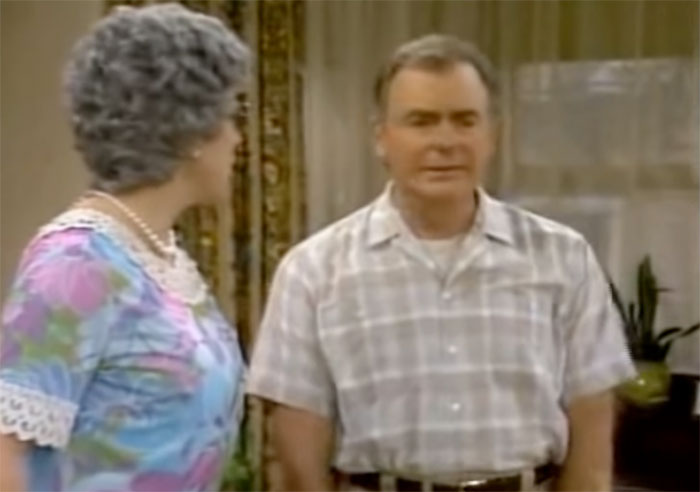 Born on November 3rd, 1933, in Moline, Illinois, Kenneth Ronald Berry was an actor, dancer, and singer. He was known for many shows beyond Mama’s Family. The military was a significant part of his life and would lead him to his career in television.

On the advice of his sergeant, Leonard Nemoy, Ken Berry pursued acting and used his GI Bill to study. He would become known for his physical comedy after being discovered by Lucille Ball. His career began with appearances across several small shows, with his most significant appearance in The Ann Sothern Show from 1960 to 1961. He would continue to work until landing F-Troop in 1965, where he played Capt. Wilton Parmenter.

He would continue to appear in various television series and films, including Disney projects, until Mama’s Family, where he played Vinton and Carl Harper. He was the youngest of Thelma’s children and was accident-prone as Vinton. He would be nice but immature. 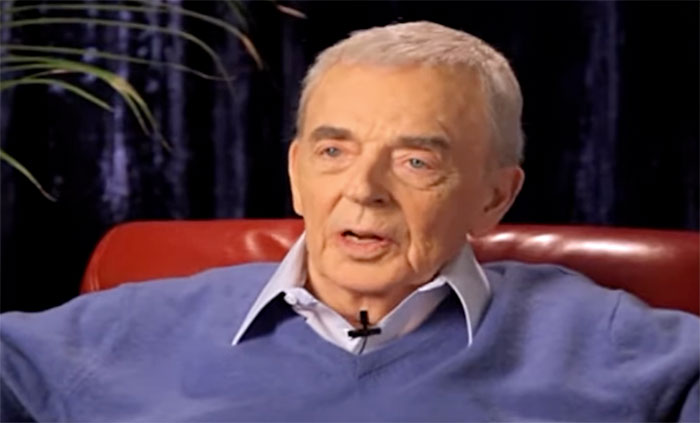 He would work little afterward, mostly appearing in minor roles. His final part was in A Carol Burnett Christmas in 2012. He would pass away in 2018.

Harvey Herschel Korman was born on February 15th, 1927, in Chicago, Illinois. He was an actor and comedian with an impressive career, perhaps best known for his work with Tim Conway and Mel Brooks. Korman was of Russian Jewish descent, born to parents Ellen and Cyril Raymond Korman. He served in the United States Navy in World War II and would study at the Goodman School of Drama after being discharged.

Korman would begin his career playing smaller parts, with his most notable appearances being on The Munsters and The Wonderful World of Disney. However, his first credited appearance would be in Herschell Gordon Lewis’ Living Venus in 1961. The show that launched his career would be The Carol Burnett Show from 1967 to 1977. Later he would join the spinoff Mama’s Family. On Mama’s Family, he would play Ed Higgens, the mild-manner husband of Eunice.

Korman would work with Mel Brooks in many films, such as Blazing Saddles in 1974. He would have a successful career and be well-regarded for his comedy. He would pass away in May of 2008 at 81. 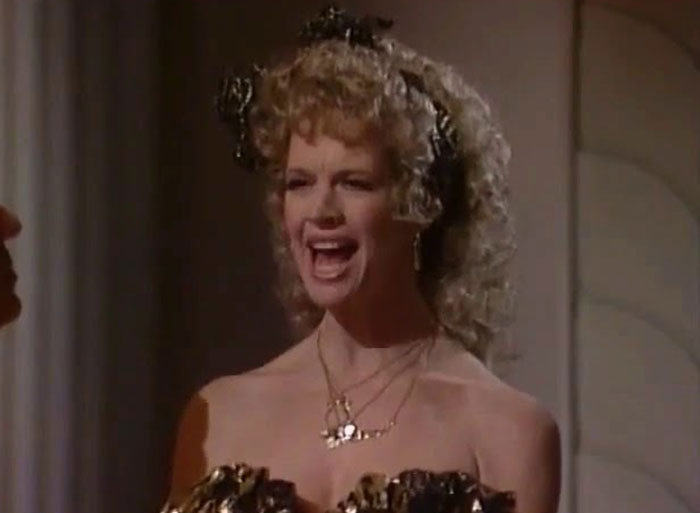 On April 18th, 1947, Dorothy Lyman was born in Minneapolis, Minnesota. She is an actress who is still working today. 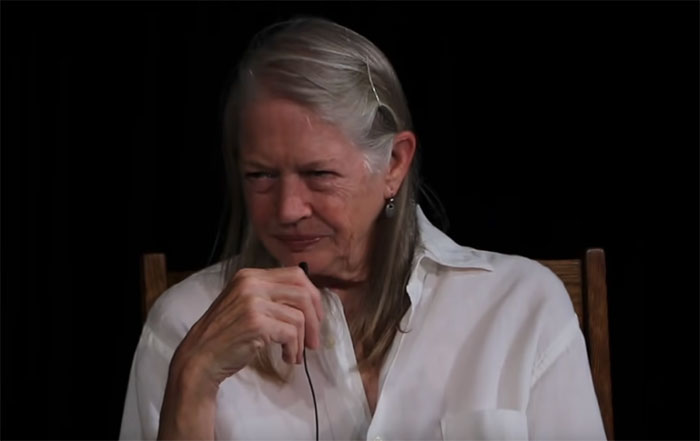 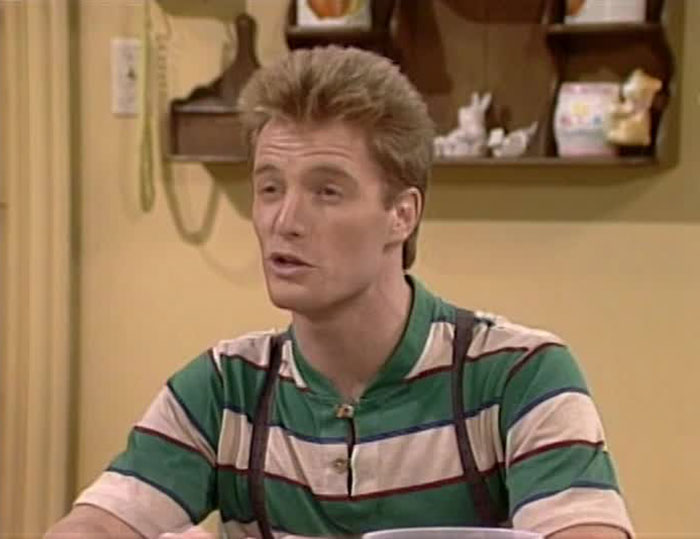 On December 18th, 1963, Allan Kayser was born in Littleton, Colorado. He is best known for playing Bubba Higgins on Mama’s Family from 1986 to 1990. Bubba was a juvenile delinquent forced to live with Thelma in her home. 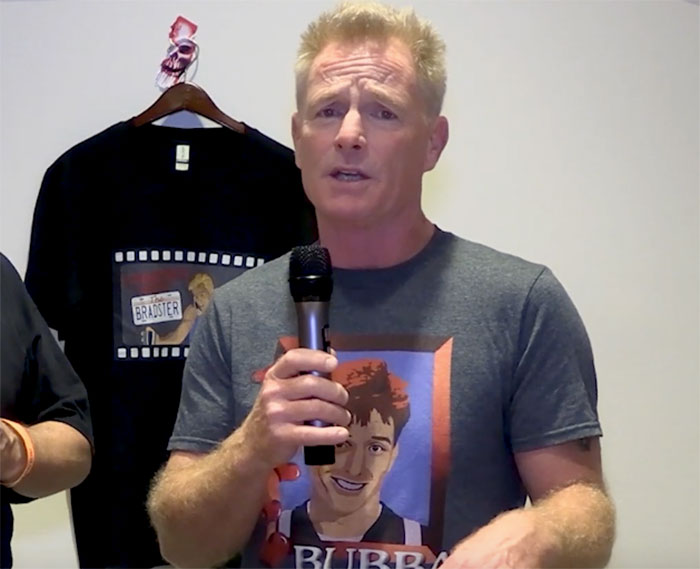 Allan Kayser would also be known for the cult horror-comedy Night of the Creeps (1986). Kayser is still working today, most recently on It’s Here in 2019. 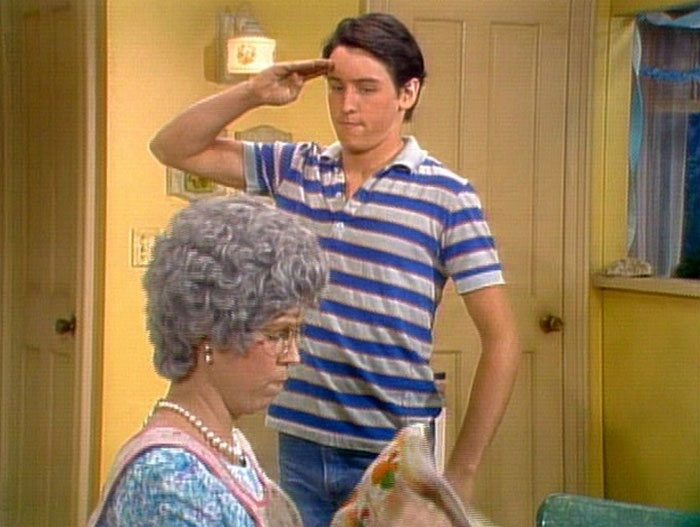 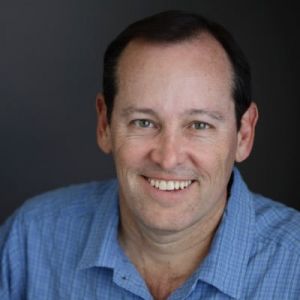 There was a ten-year gap between Brown’s last and second-to-last roles of about a decade. He would make Stepfather II in 1989 and not make another film until Outside Providence in 1999. He seems to have quit acting since then. 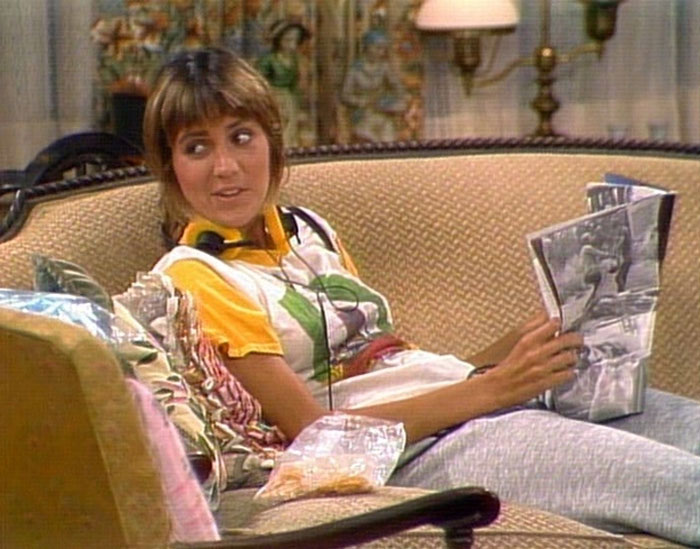 Karin Argoud was born on November 8th, 1960, in Seattle, Washington. She is best known for playing Sonja Harper in Mama’s Family in its first two seasons but would be written out of the show afterward.

Sonja Harper was the teenage daughter of Vint and his first wife, Mitzi. She was a slacker-type character.

Argoud has had a sporadic career, with her most recent project being a short, The Sound of the Mountain, in 2019.

Whatever Happened To The Cast Of Small Wonder? (2022 Update)