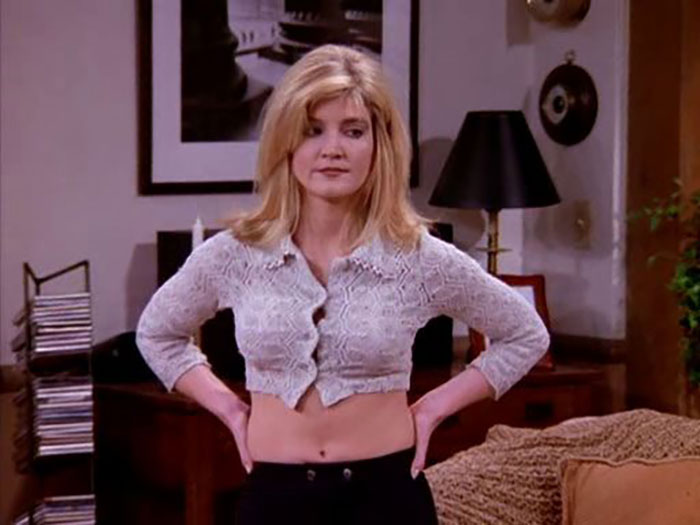 Crystal Lynn Bernard was born on September 30th, 1961, in West Garland, Texas, and is a former singer-songwriter and actress. She was active from 1982 to 2008 but retired to private life.

As a young child, she sang gospel songs with her older sister.  Her father, televangelist Jerry Wayne Bernard, preached and sang across the United States, and her mother, Gaylon, started as a teacher and eventually became a sculptor and artist. 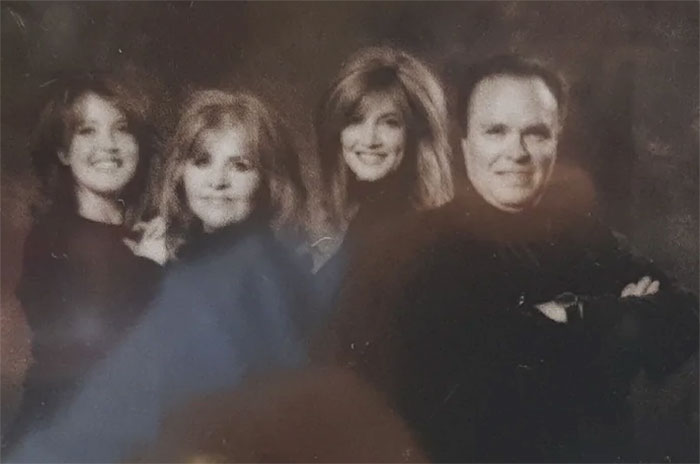 The 5’3” actress attended Bammel Middle School, where she created a video about Tom Sawyer and filmed and edited the project herself.

After graduating college, she moved to Los Angeles to pursue her singing career but became curious about acting.

At a young age, Bernard started singing gospel songs with her older sister, Robyn. Her first recording, titled The Monkey Song, was when she was 8 years old.

Crystal Bernard’s first credited role was in the TV series Gimme a Break! where she played the character of Kelly in a 1982 episode titled “Hot Muffins.” Her first film role would be that same year in the movie Young Doctors in Love, where she played Julie. 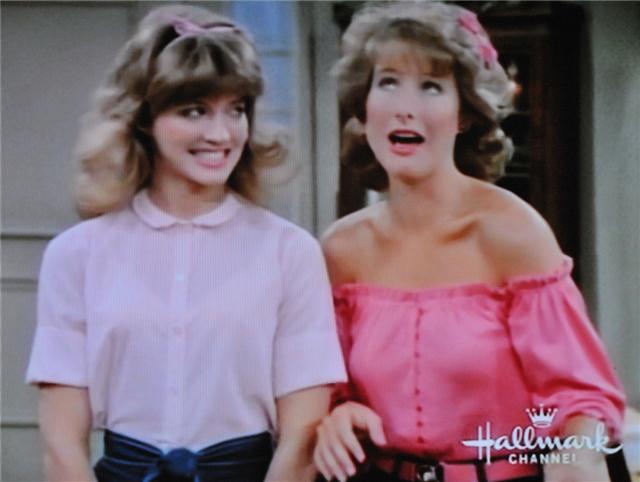 Her breakout role, however, would be in the later seasons of the sitcom Happy Days, where she would play the role of K.C. Cunningham. She would appear in 16 episodes from 1982 to 1983.

Happy Days ran for 11 seasons, but Bernard was only part of the tenth season. The show starred Henry Winkler, Rob Howard, and Scott Baio. 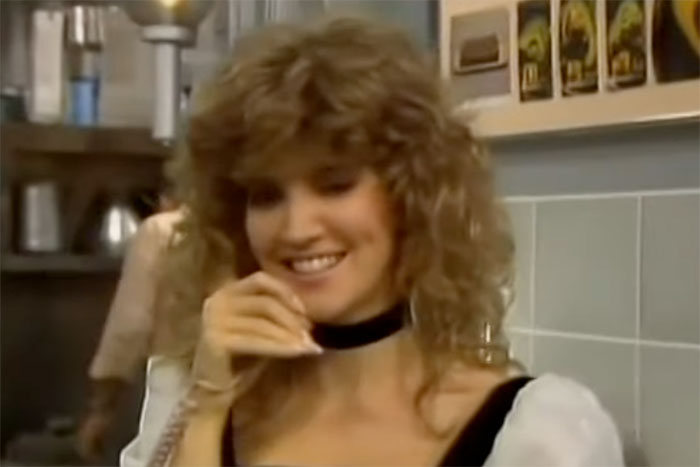 She also starred in the television series, It’s a Living, which took place in a restaurant in Los Angeles. The show was canceled in 1982 by ABC after two seasons, but new episodes aired in first-run syndication for the following four years.

Bernard played Amy Tompkins and appeared in 93 episodes. The show followed the lives of the waitresses at the fictional restaurant Above the Top and starred Marian Mercer and Paul Kreppel. 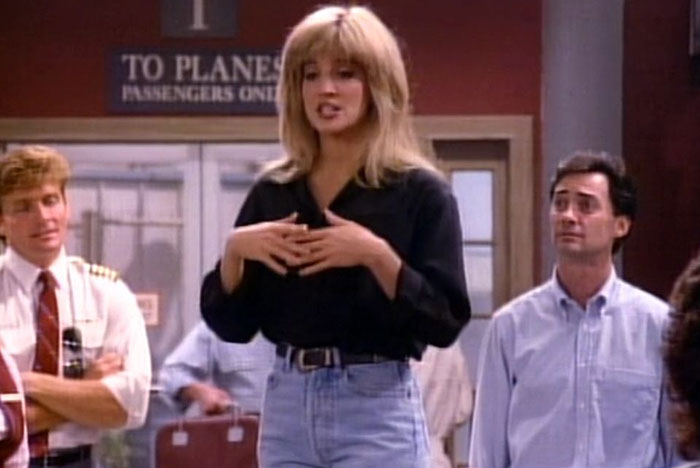 Crystal Bernard’s most significant role in her acting career would be the television comedy-drama Wings, which she was part of from 1990 to 1997. Set at a fictional airport, Tom Nevers Field, in Nantucket, Massachusetts, and followed the crew of a small airline in the airport. The show starred Tim Daly and Steven Weber as brothers and pilots Joe and Brian Hacket.

Crystal Bernard’s character ran the lunch counter inside the airport and was a childhood friend of the brothers and the love interest of one. Her character dreamed of becoming a cellist in an orchestra.

Actress Peri Gilpin from the hit show Fraiser was initially offered the role but turned it down. Instead, the show’s creators rewrote the part for Bernard to incorporate her musical talents.

The show was a project by Cheers producers David Angell, Peter Casey, and David Lee. They would later create Fraiser, and the three shows occupied the same fictional universe with occasional crossovers. The show ran for eight seasons and 172 episodes.

What Did She Do After Wings? 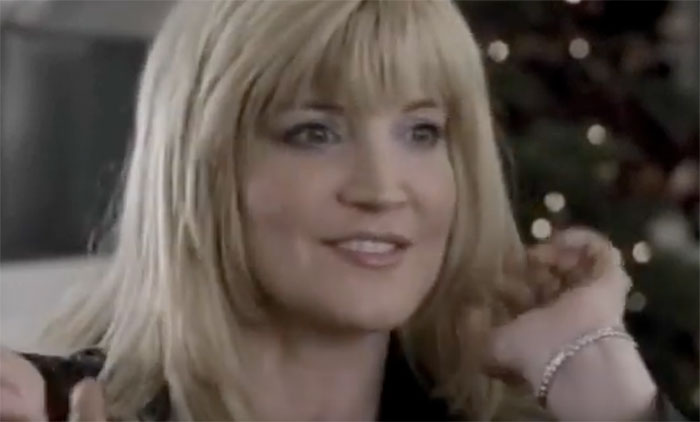 When Wings ended in the late 90s, Bernard acted in several low-budget movies, including the Hallmark Channel’s Single Santa Seeks Mrs. Claus and Meet the Santas.

In addition, she starred with James Brolin in the television movie To Love, Honor, and Betray ad had a guest spot on According to Jim. She has also performed on stage in Crimes of Heart, Annie Get Your Gun and Barbra’s Wedding.

While she was in several television shows and movies, she took the time to focus on her singing career, which brought some success. She also appeared in the music video for Birdhouse in Your Soul by the alternative rock band They Might Be Giants.

Crystal Bernard retired from acting in 2008 and has not been very public about what she has done since. We can assume that she has enjoyed a happy retirement, which matters most. 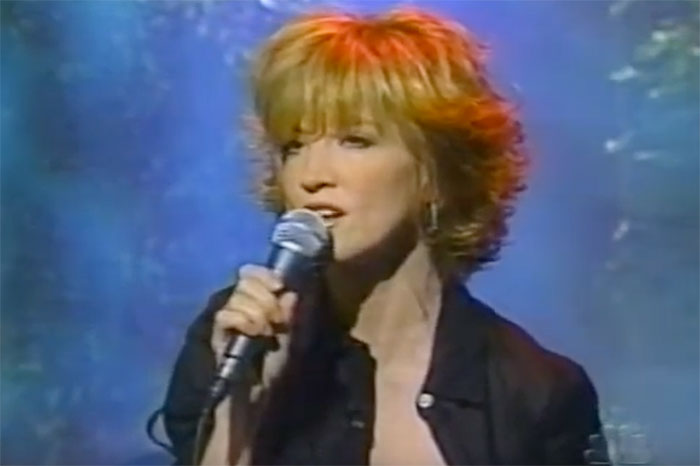 After Wings ended, she pursued her singing career, focusing mainly on gospel music, and released two albums, The Girl Next Door (1996) and Don’t Touch Me There (1999.)

She released both albums under River North Records; her second album included a duet with her father and another with country music star Billy Dean.

Bernard’s album Don’t Touch Me There refers to her heart and is responding to a former relationship that helped teach her what love is and what it is not. She said, “I was desperate for this man. Talk about unconditional love – because I excused all his behavior. He didn’t want to fulfill any of my dreams, and it dawned on me that he didn’t love me.”

In 1995, she co-wrote the song “If I Were Your Girl,” which made it on Paula Abdul’s album Head Over Heels. She has performed duets with Peter Cetera and Jim Messina. Her duet with Cetera stayed on the pop charts for several months.

She has also written for other singers, including Tracie Spencer, Debbie and Angie Winans, and Lisa Stansfield. In 1997, Bernard hosted the Country Music Awards

In 2003, she was inducted into the Hair Fan’s Hall of Fame for her trendy hairstyles through the 90s. 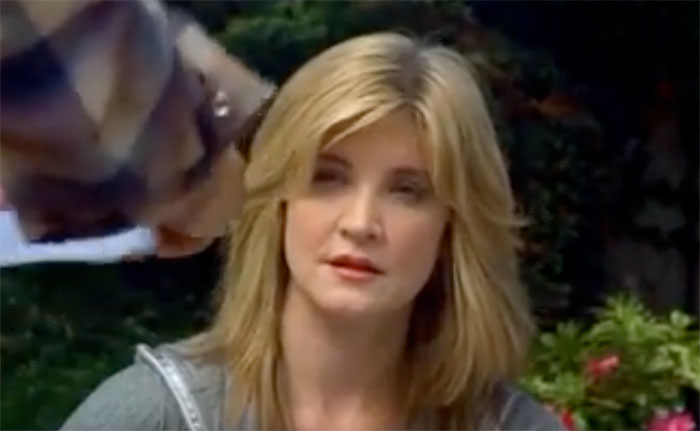 If Crystal Bernard is married, it is not public knowledge, and she is entitled to privacy. She was known to date during her career, however. She has been connected to Grammy-winner Michael Shipley, and later producer Tony Thomas. However, these relationships seemed to have ended in the 1990s.

She has also dated conservative radio host Rush Limbaugh in the past. She stated on a talk show that he is nothing like he is on the radio and is very moderate in his viewpoints.

Much like how she keeps her private life quiet, such as the case with her husband, she has done the same thing with her possible children. It is hard to state conclusively that she has children, as so little public information is available.

So if Crystal Bernard has children, it is currently unknown to the public.

Does she have a twin sister? 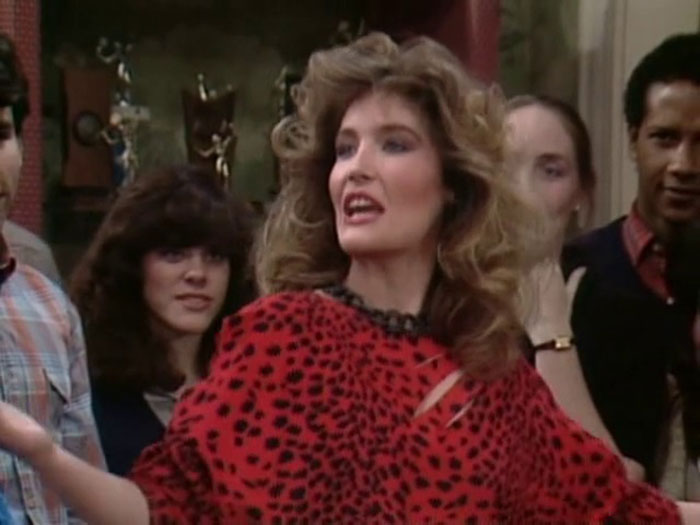 She does not have a twin sister. Bernard has three sisters: older sister Robyn, who played the part of ‘Terry Brock’ for six years on the soap opera General Hospital

She also has two younger sisters named Scarlett and Angelique. However, information on when they were born is sparse. It is possible that they could have been twins, but it is difficult to confirm as they are not as well known as their older sisters.

Singer Bobbie Gentry spotted Crystal Bernard singing with Robyn in Mississippi at a gospel jubilee when they were young and asked them to join her Las Vegas show.

Bernard does not have a social media presence; while there are fan accounts for Bernard on Instagram and Facebook, she does not personally have one.