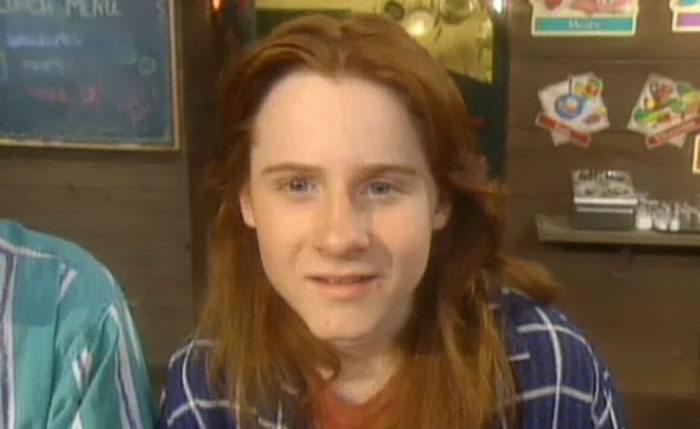 Daniel Ray Allen Cooksey Jr., known professionally as Danny Cooksey, was born in Moore, Oklahoma, on November 2nd, 1975. He is known for some small but iconic roles in the early 90s, his work on the sitcom Diff’rent Strokes, and his unique, raspy voice he has leveraged into a voice acting career.

He is the son of Melody Ann (née Wagoner) and Daniel Ray Allen Cooksey. In 1979 he moved with his mother from Oklahoma to Los Angeles in 1980 to pursue a career singing country music. However, this would lead him to join the cast of the sitcom Diff’rent Strokes during its final three seasons. 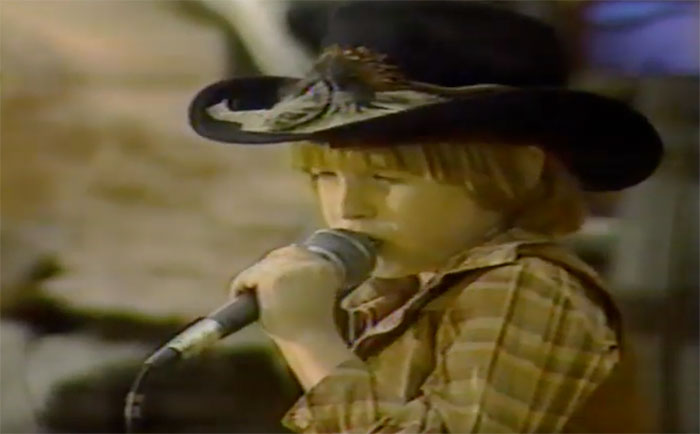 Danny mentions his entertainment career started off while performing country music in Oklahoma. He was five years old and played locally and soon expanded out to Nashville where he met a manager who took him to LA.

I was born in Oklahoma City and I started singing country music at like five years of age and started just playing like, local sort of things. And then as the sort of country music artists of the day would come into town, I started playing with them. That sort of expanded out to where I was doing some traveling and ended up in Nashville and meeting Johnny Lee and Mickey Gilly, who was the two guys from the Gillies Club. I ended up coming to Los Angeles to do something with those guys and ended up doing an episode of Dukes of Hazzard.

I had a manager that just kind of went like, hey I’ve got a friend that’s a casting director let’s send you over here for a couple of weeks, maybe you get a commercial. I ended up doing like a hot wheels commercial and an episode of Dukes of Hazzard in that little two-week span and then about six-seven months later, I came out to do some more stuff, same sort of deal and ended up over at NBC with Diff’rent Strokes. 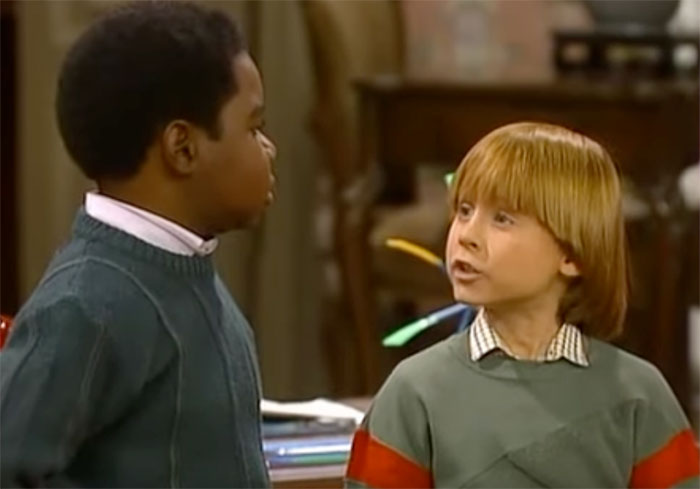 When it came to Diff’rent Strokes, he joined the show as Sam McKinney on seasons 6 and 7 from 1984 to 1986. He would appear in 48 episodes. Sam was the son of Dixie Carter’s Margaret “Maggie” McKinney.

He would also appear in a few other shows over the course of his career, including The Cavanaughs from 1986 to 1989, playing Kevin Cavanaugh. 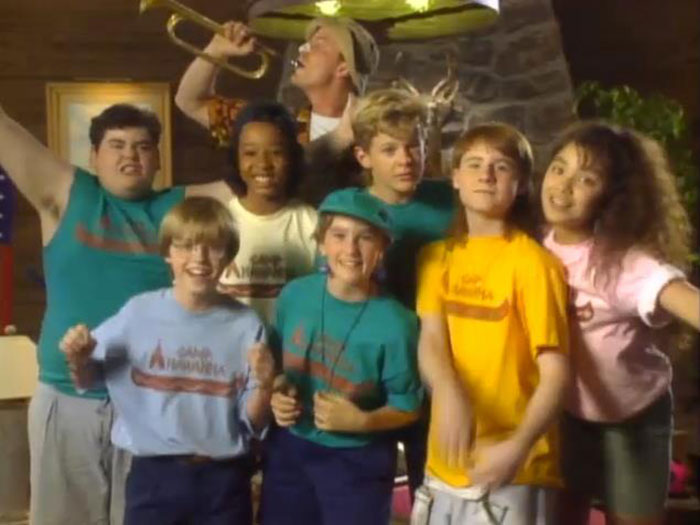 For most 90s kids, he may be best recognized as the bully Robert “Bobby” Budnick in the Nickelodeon live-action comedy Salute Your Shorts. This show followed the experiences of campers at the fictional Camp Anawanna. The show only ran for two seasons consisting of 26 episodes total, but the show was a significant hit for the upstart children’s network.

Danny Cooksey would also have a minor film career with two notable projects. He was Jack, Jr. in the 1988 sci-fi family film Mac and Me. The film has become a cult classic, but one of dubious reputation. 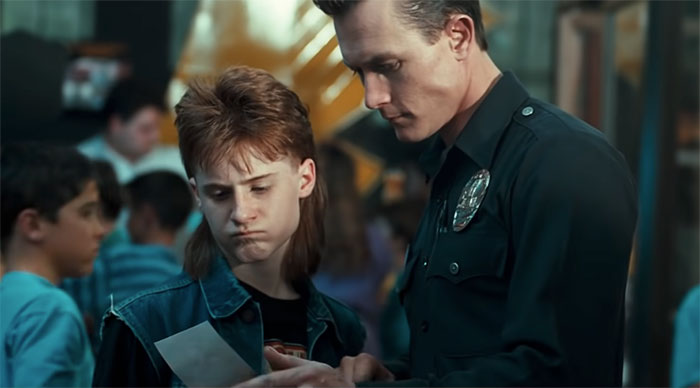 The more significant of the two films would be Terminator 2: Judgement Day, the 1991 sequel to the original Terminator, directed by James Cameron. Cooksey would play Tim, the teenage friend of Edward Furlong’s John Connor, at the beginning of the movie.

Danny Cooksey’s career would turn into a more lucrative direction due to his raspy voice. He would make a notable career for himself as a voice actor and be a staple voice actor for many cartoons in the 1990s and beyond. He would voice act for cartoons such as Tiny Toon Adventures, Hey Arnold!, Invader Zim, and Pepper Ann. He was best known for his voice acting work for Xiaolin Showdown as series lead Jack Spicer and Dave the Barbarian as the titular character. 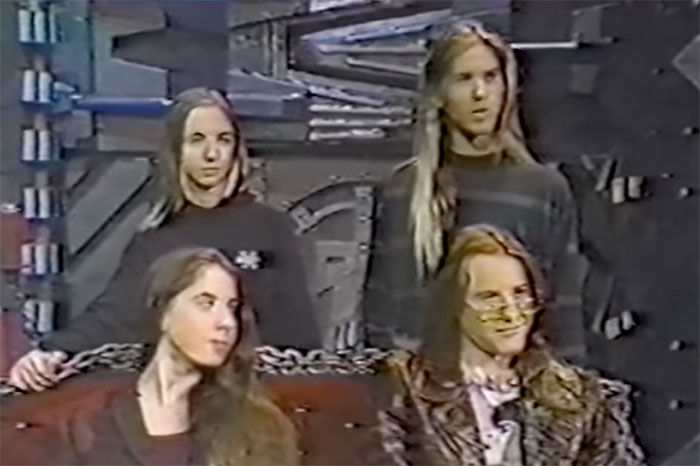 Cooksey’s other love is music. He was the lead singer of Bad4Good in the early 1990s. He would later join Lucy’s Milk in 1996 and then later Arbuckle in 2004. He attempted to form a group called Sheriff with Salute Your Shorts castmates Blake Sennett, Michael Bower, and his former Bad4Good bandmate Zach Young. As of 2013, he has filled in with the country band Shelter Dogs.

What is he doing now? Is he still acting? 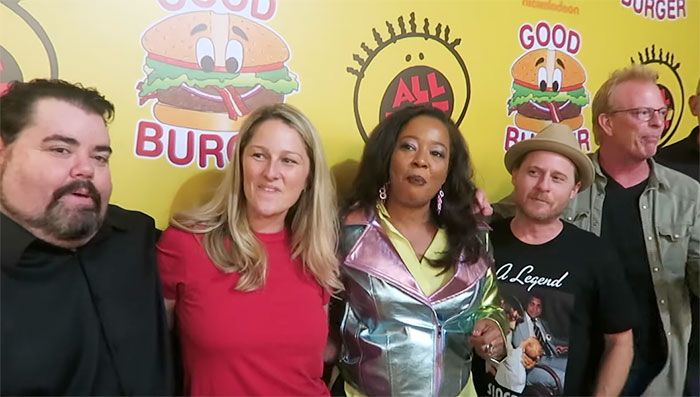 These days Danny Cooksey is still voice acting. Voice acting makes up the majority of his acting credits. He still appears to be working on music as well.

He most recently voiced in Close Enough and Long Gone Gulch and is currently filming a movie titled Raven Van Slender Saves Christmas!

In 2019 he reunited with his cast mates for a Salute Your Shorts reunion at a Good Burger popup in Hollywood, where he was joined by Megan Berwick, Kirk Baily, Michael Ray Bower and Venus DeMilo. 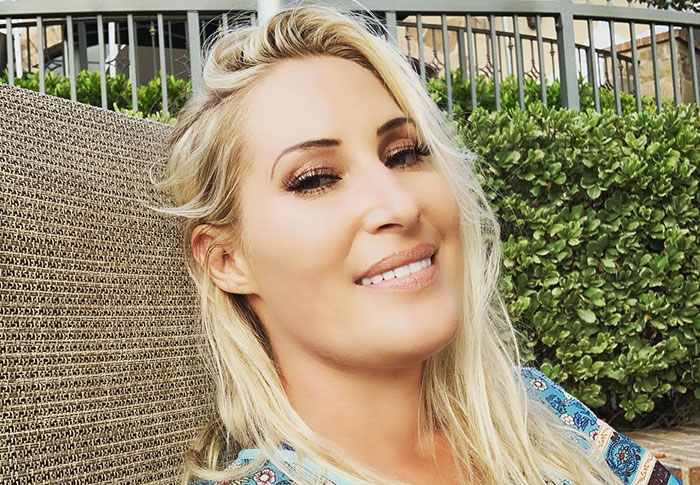 Danny Cooksey married Amber Leigh Cooksey on March 3rd, 1998. The pair had met at some point in the mid-1990s while she worked as an actress and make-up artist.

The couple split up in 2019, citing ‘irreconcilable differences,’ but this wasn’t known publicly until a full divorce was filed in 2020.

The couple has struggled in their custody arrangement, and Amber has claimed that Danny had a violent outburst during a visitation with his son. The allegations are disturbing, including sexual assault, choking, and stomping. This is following a restraining order during the divorce proceedings in 2019. 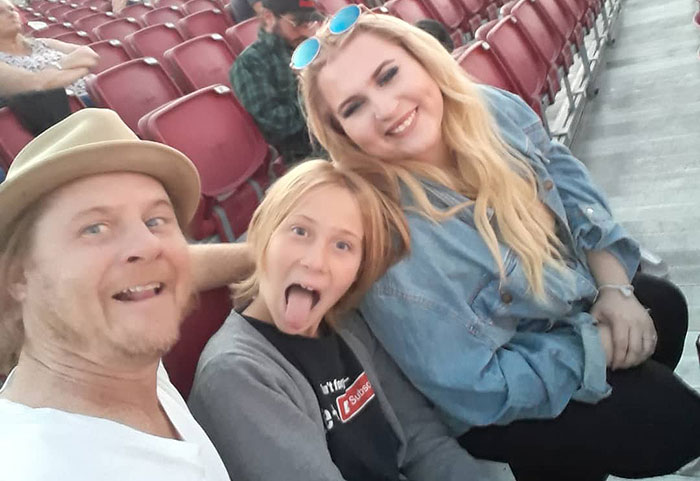 Does Danny Cooksey have epilepsy?

While Danny Cooksey does not have epilepsy, he does have a connection to the condition as his wife, Amber Leigh Cooksey, has suffered from the illness for years.

Danny Cooksey has written impassioned articles about her experiences and how he copes with such challenges as a husband and father. He has worked to raise awareness of epilepsy conditions and research while advocating for donations to support programs.

Is Danny Cooksey on social media?

Danny Cooksey has many social media profiles to keep up with fans and share news about what he is doing. He can be found on Instagram, Twitter, and Myspace.