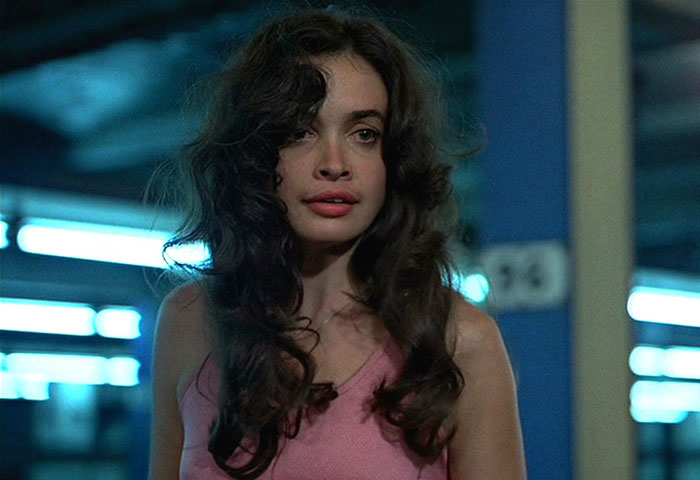 It was not clear from an early age that Deborah Van Valkenburgh was going to be a popular movie star. Through continued efforts and a desire to grow, she would make her own luck and establish a long career for herself with a couple of early headline projects.

Deborah Gaye Van Valkenburgh’s story begins on August 29, 1952 in Schenectady, New York. It seems like she was born to be a performer, as she would entertain in a number of capacities in upstate New York.

Van Valkenburgh was determined to get out there, as she would appear in coffee houses in the region singing with a folk band called Spur Of The Moment. She did this while she was still a student at Shaker High School.

Debroah Van Valkenburgh’s passion for song would continue through college. Juxtaposed to the larger band she was involved with in high school, she would be featured as more of the center of attention singing in a duo called The Myrtle Avenue Watermelon.

This would complement a different artistic discipline she would pursue at Pratt College in Brooklyn, which focused more on painting and drawing.

While she was trying her hand in a plethora of artistic formats, it didn’t exactly seem like Deborah Van Valkenburgh was on a trajectory to become a star after her graduation from Pratt. She would continue to remain involved in the disciplines she was experienced with, but would also try her hand at acting.

Things would progress very quickly for her in that realm. Van Valkenburgh started on Broadway, participating in the musical Hair, which would not be too much of a deviation for her considering her melodic gifts. 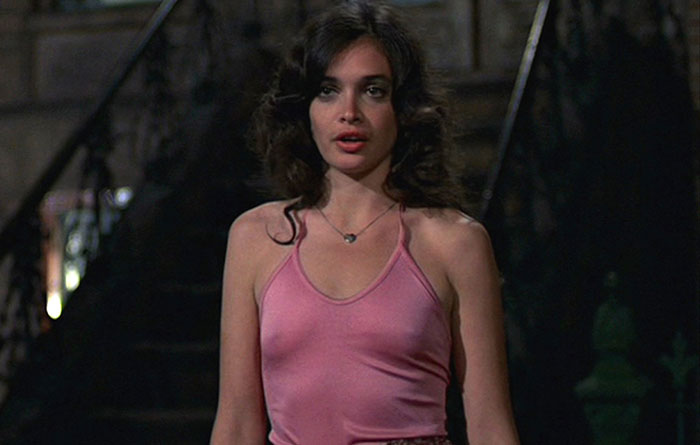 Her big break would come shortly thereafter, and it is not often that actor’s most prominent part is their very first on-screen role. However, that is how things shook out for the 27 year-old Van Valkenburgh with her starring part in a classic film called The Warriors.

It was a great, fun way to get into the industry, as a lot of the cast were in the same general stage of life as Van Valkenburgh. They were young, largely inexperienced, and working on something together that was unsure to succeed. While she shined playing the part of Mercy, the filming process wasn’t always a smooth ride for her, to say the least.

She was involved in a couple of accidents that would challenge her physical and mental fortitude. She was accidentally hit in the eyebrow by a baseball bat that was swung backwards by lead actor Michael Beck. Van Valkenburgh also tumbled down a flight of subway stairs while the movie was filmed and broke her arm. 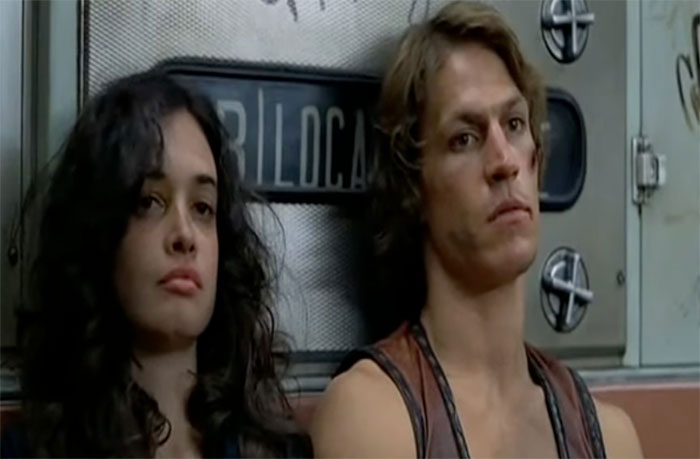 Despite the bad luck and potential clumsiness, Van Valkenburgh would probably say the pain was worth it, considering how popular the movie would become. Mercy’s character had a high libido, as she was romantically involved with a couple of the faction leaders in the film. She would first be involved with Sully, who was the main man of the Orphans group. It was later revealed that she did this as a means of protection, but did not ultimately like being associated with them.

Mercy would eventually defect to the Warriors, and end up falling in love with Beck’s character, named Swan. She would give up the Orphans’ secrets in order to help the Warriors. 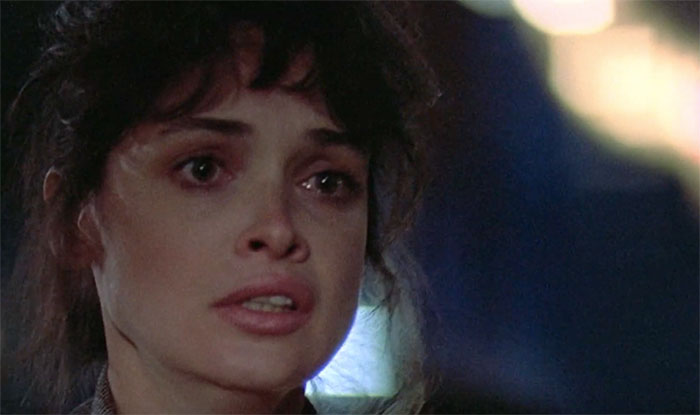 After the success of The Warriors, Debroah would land the role of Reva in ‘Streets of Fire’, a musical with elements of action, drama and comedy. Although the movie was promoted as a summer blockbuster, it failed to live up to its promotion and only made $8 million at the box office.

Too Close For Comfort 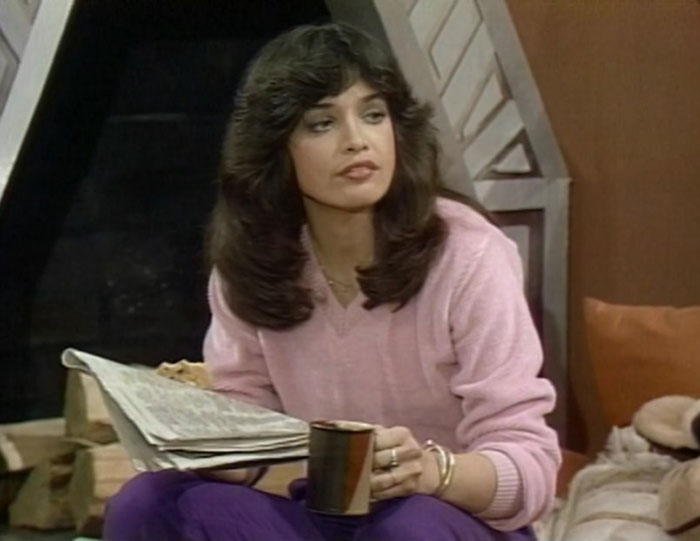 When it rained, it certainly poured for Van Valkenburgh, as she would be cast in a prominent role in Too Close For Comfort, a TV series that spanned from 1980-1985. Van Valkenburgh played Jackie Rush, the daughter of a cartoonist named Henry Rush. As the show’s title suggests, the characters live in a proximity to one another that gets a little bit uncomfortable at times.

Jackie and her sister Sara live in their own separate space, but their parents live right upstairs, and are constantly wondering what the girls are up to. It is a funny premise, and one that a lot of children can probably relate to. Van Valkenburgh appeared in 107 episodes. 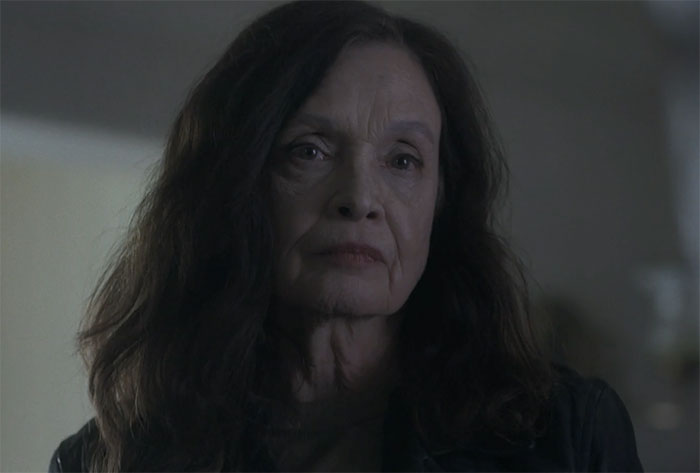 Debroah Van Valkenburgh would appear in many tv shows and movies since she burst on to the scene in 1979 and is still going strong. Most recently she stared in the 2020 televison show, Helstrom. A story set in the Marvel cinematic universe, based on the characters Daimon and Satana Hellstrom. Debroah would play the part of Esther Smith, leader of The Blood. 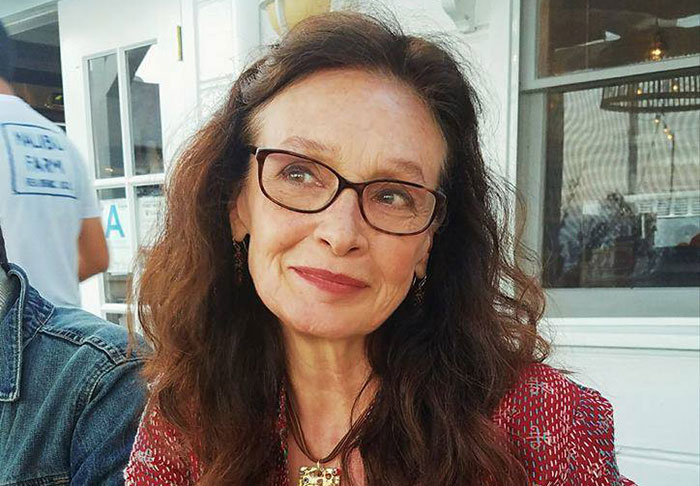 Debroah also enjoys rekindling memories of her role as Mercy from The Warriors, and makes several appearances at conventions with other cast members on a regular basis.

It appears as if Deborah Van Valkenburgh does not have any kids, and is not married. She was in a relationship in the early 1990’s with musician Peter Tork, but it did not appear to evolve into marriage.