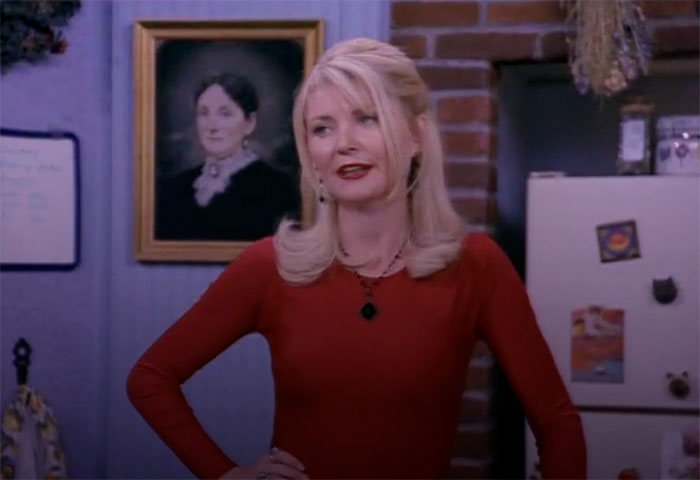 Beth Broderick is an American actress best known for her role as Aunt Zelda on ABC/WB sitcom Sabrina the Teenage Witch from 1996 to 2003. Other notable roles played by Broderick include Diane Janssen on ABC hit drama Lost and Rose Twitchell on CBS sci-fi drama Under the Dome.

Beth Broderick was born on February 24, 1959 in Falmouth, Kentucky, but she grew up in Huntington Beach, California.

After graduating high school at the age of sixteen, Broderick studied theater at the American Academy of Dramatic Arts in Pasadena. Upon graduating when she was 18 years old, she moved to New York to pursue an acting career.

Beth mentions that while she was acting in New York, the AIDS epidemic had hit and she decided to quit acting for a couple years and started Momentum, an organization established in 1984 to provide support and assistance to those suffering from AIDs. 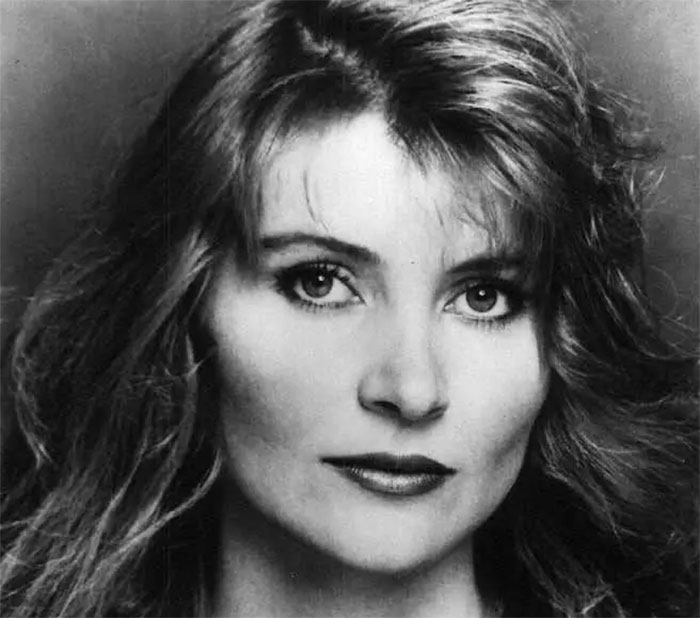 Broderick would eventually find her way to television roles on major network sitcoms, but her earliest film debuts came from two adult films, 1983’s In Love and 1985’s Bordello: House of the Rising Sun.

Originally she was billed by her full name, Elizabeth Alice Borderick, but soon after adopted an alias “Norris O’Neal” which she would use on some of her earlier roles. 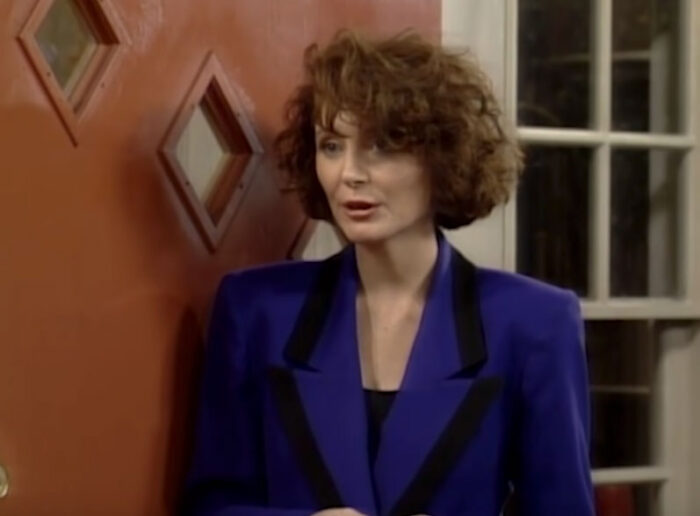 Broderick would move past the adult film and move on to actual films, featuring in movies such as Sex Appeal and If Looks Could Kill. She would also appear in small roles on TV shows such as Matlock, Murphy Brown, Married With Children and 1st & Ten. 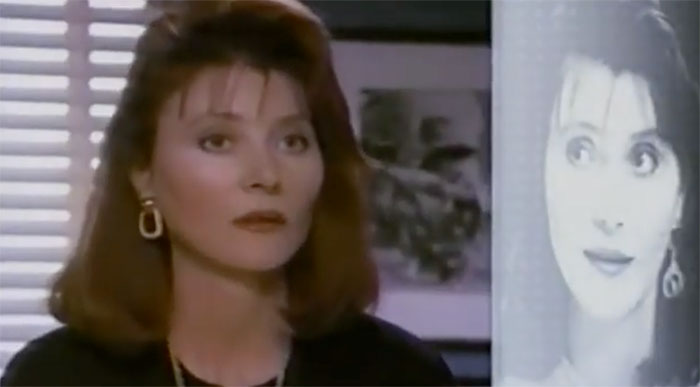 In 1990, Fox would air a drama that followed four friends after their high school graduation. Beth Broderick would star in the main cast alongside Spike Alexander, Evan Mirand, Nicholas Kallsen, and a young Brad Pitt.

Unfortunately, the series was canceled after only 6 episodes. 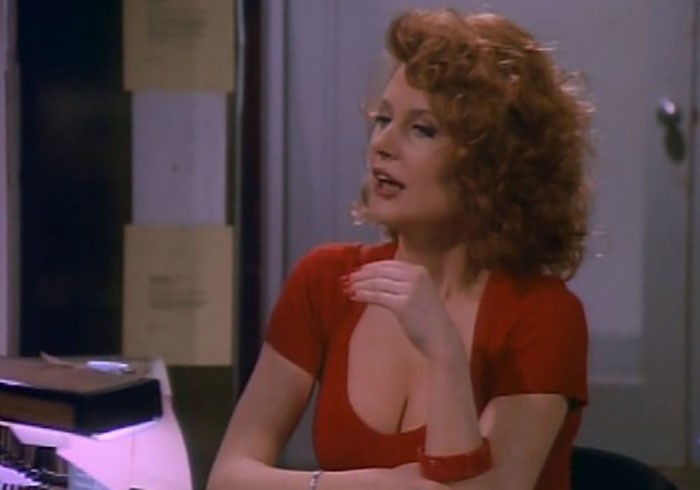 In 1992, CBS aired a sitcom called Hearts Afire starring John Ritter, Markie Post, and Billy Bob Thornton. The series revolved around Ritter’s character, a conservative aide to a senator in Washington, D.C., and Post’s character, a liberal journalist, as they built a romantic relationship despite distinct political differences.

Beth Broderick co-starred on the show, appearing in 36 of the show’s 54 episodes. It was canceled after 3 seasons and left 1 episode unaired. 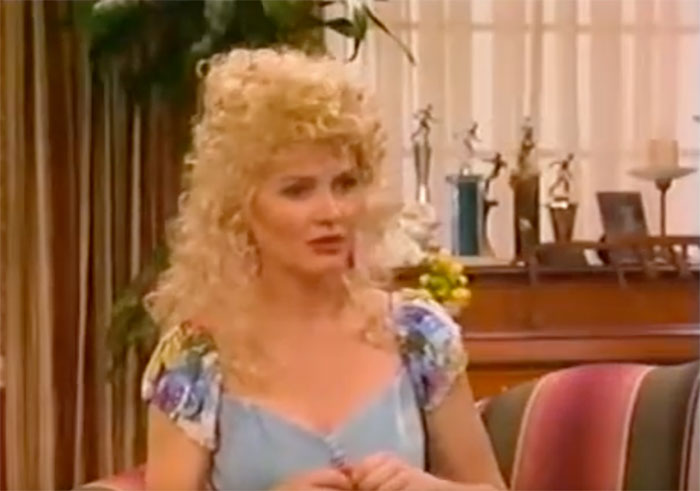 In 1994, CBS aired a sitcom called The 5 Mrs. Buchanans which centered around four women who married into the Buchanan family despite their mutual disdain for their new mother-in-law and “5th Mrs. Buchanan.” Thus, the title of the show.

Broderick played one of the title Mrs. Buchanans, a former Texas stripper who married Reverend Charles Buchanan portrayed by Mark Moses. Broderick appears in all 17 episodes of the show’s run. The 5 Mrs. Buchanans would not get a second season. 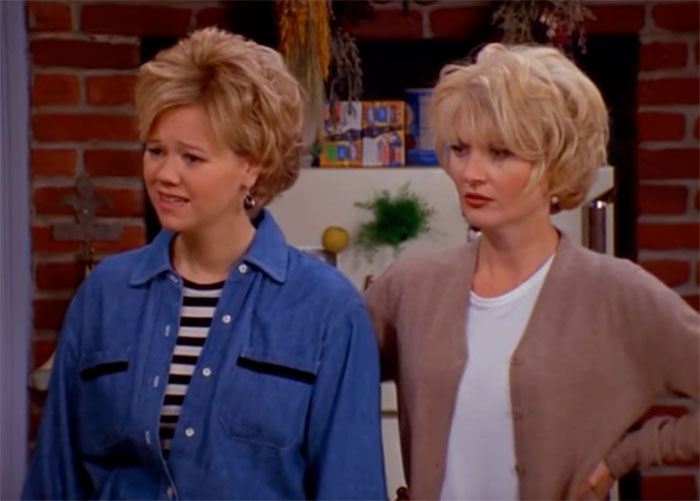 Broderick’s most notable role came to her in 1996 when she co-starred as Zelda Spellman in the ABC sitcom Sabrina the Teenage Witch alongside Melissa Joan Hart. Caroline Rhea, and Salem, the iconic talking cat voiced by Nick Bakay.

The series followed a teenage witch, Sabrina, who navigated both the responsibilities of managing her magical powers with the social and academic responsibilities of getting through high school. Along the way she received plenty of guidance from her Aunt Zelda and Aunt Hilda.

The show was massively successful, premiering to over 17 million viewers as part of ABC’s “T.G.I.F.” Friday night lineup. Of the show’s 163 episodes, Broderick appeared in 141 between 1996 and 2002.

Why did she leave the show? 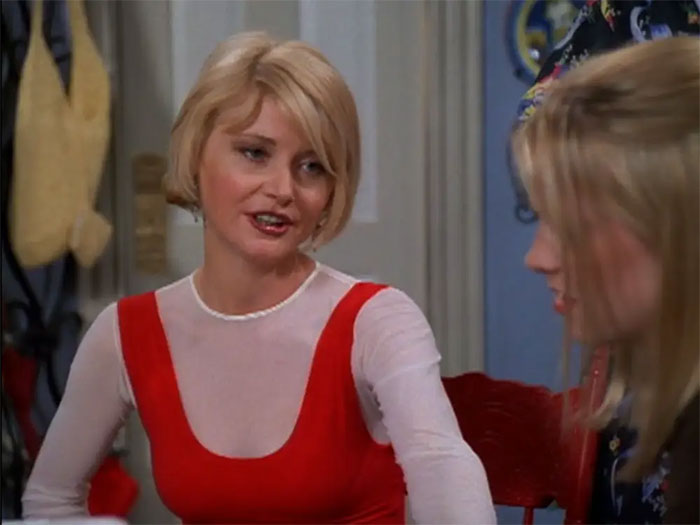 Sabrina the Teenage Witch enjoyed 7 seasons, but Broderick left the cast after season 6 citing that her character was “going nowhere.”

When Beth reflects about her time on the show, she says it was a privlege to be a part of it.

She also mentions that she is still very close with Melissa Joan Hart and Caroline Rhea to this day and they support each other in any way they can.

What is Beth Broderick doing now? 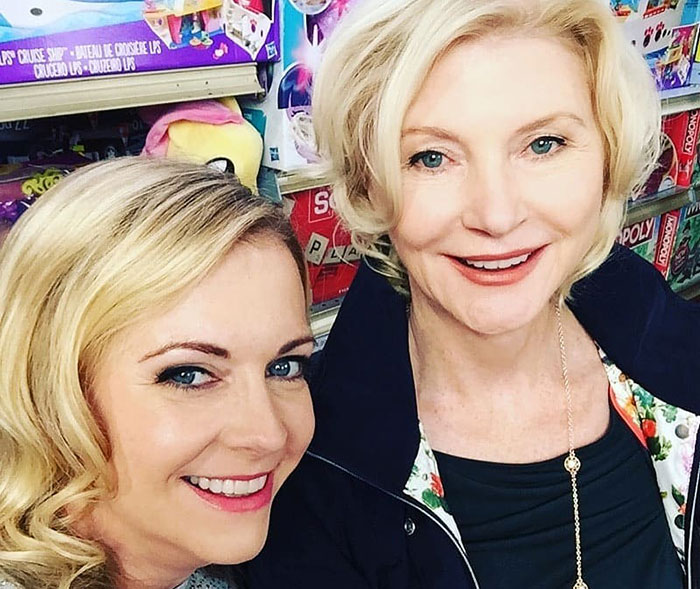 Broderick continued acting after her departure from Sabrina the Teenage Witch in 2002. She would enjoy some guest appearances and minor roles in shows such as Homeland Security, CSI: Miami, CSI: Crime Scene Investigation, Supernatural, and ER.

Broderick would also appear as recurring characters on shows like Lost and Under the Dome.

Beth often appears in many Hallmark and Lifetime movies, including one in 2017 where she appeared in a Lifetime movie, A Very Merry Toy Store, with Melissa Joan Hart. 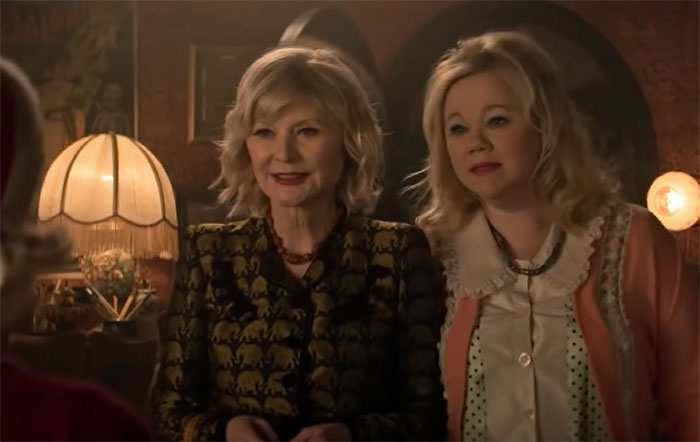 In 2018, Netflix released a new series entitled Chilling Adventures of Sabrina. The series did include Sabrina’s two famous aunts, Zelda and Hilda, but they were recast with Miranda Otto taking up the mantle from Broderick.

Although the reboot was canceled in 2020, it would not conclude without giving Broderick and Rhea a cameo and the chance to reprise their famous roles once more as the prim and proper Aunt Zelda and quirky Aunt Hilda. 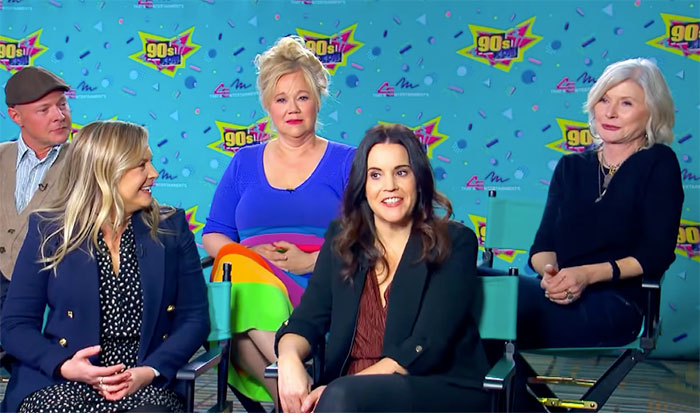 Broderick keeps busy by appearing regularly at conventions as well, including 90s Con, Comic Con, and Awesome Con. In 2017 she reunited with her Sabrina The Teenage Witch cast mates at the Stan Lee Los Angeles Comic Con panel, as well as in 2022 for the Awesome Con. 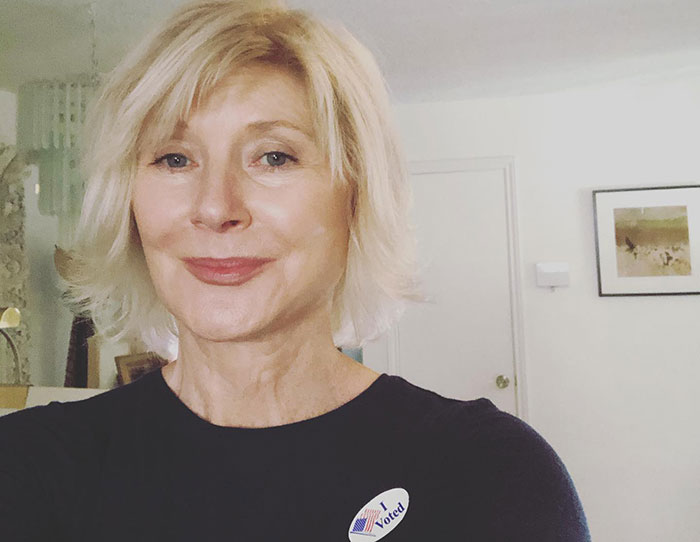 She is also a founding member of the Celebrity Action Council of Women’s City Light Rehabilitation Center which helps homeless women overcome substance abuse and pursue gainful employment through learning job skills and other education.

Broderick is a lifelong activist who serves on the Board of Directors for various national organizations. She speaks publicly to raise awareness regarding crucial issues, but also lobbies Congress to enact legislation that encourages progressive action and promotes public good.

Broderick also took up the pen to promote her progressive ideologies and worked as a contributing writer for the famed Huffington Post between 2011 and 2017.

She also has her own Substack, Beth Broderick: Wit and Wisdom from a Woman of a Certain Age, where she write on various topics about her life and the world around her.

Beth spoke at length about how hard it is to get older in the entertainment industry on a podcast. She mentions there is a lot of ageism in Hollywood and although she still gets work doing movies for Hallmark and Lifetime, she usually only gets cast as a mom and that is a source of frustration for her.

When asked about the best thing about getitng older, Beth says she feels free and liberated. She isn’t afraid of failure anymore and isn’t afraid to try new things. She goes on to say that she isn’t afraid of saying no and standing up for herself in ways that she probably wouldn’t have in her younger days.

In 1990, Broderick became romantically involved with her director, Brian De Palma, during production of The Bonfire of the Vanities. The romance lasted one year before fizzling out.

In 1998, Broderick would marry art director and designer Brian Porizek, but the marriage would end in a divorce in 2000.

Broderick would remain single until 2005 when she married Beverly Hills, 90210 actor Scott Paetty. The two remain married today, have no children, and live in Austin, Texas.