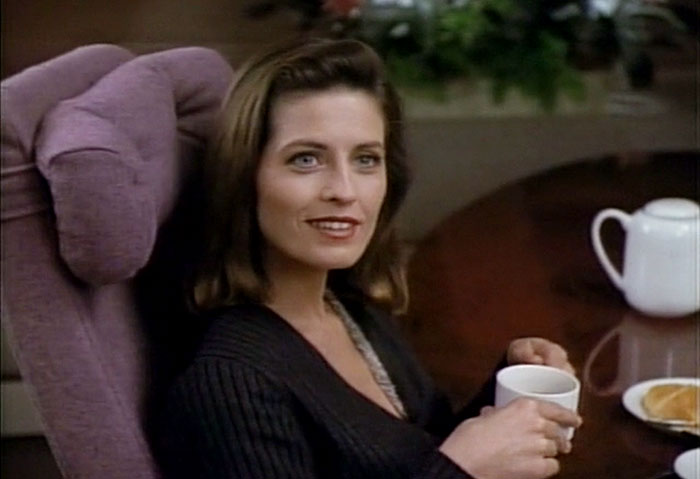 Jennifer Hetrick is an American actress most known for her role as Vash on Star Trek: The Next Generation and Star Trek: Deep Space Nine. She also has appeared in numerous TV commercials including Oil of Olay, Tylenol, ThermaCare Heat Wraps, Crestor, and Humana Medicare Advantage. 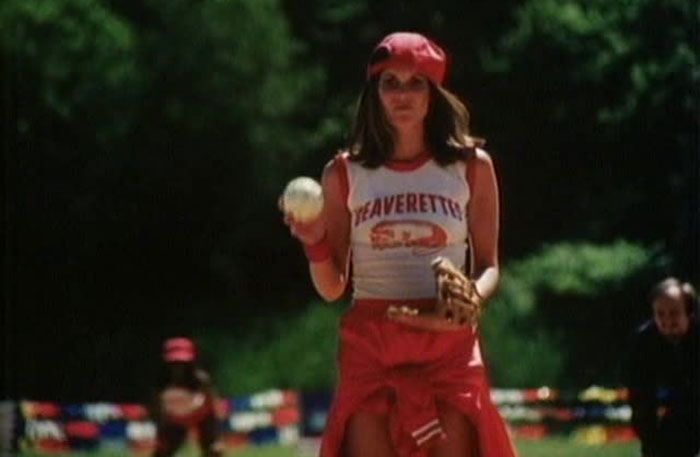 Hetrick’s first film role marked the beginning of her acting career with 1979’s Squeeze Play!, a comedy directed by Lloyd Kaufman. The story revolves around a group of women who, after becoming frustrated with their boyfriends who prioritize sports over romance, decide to create a softball team of their own and challenge them to a game. 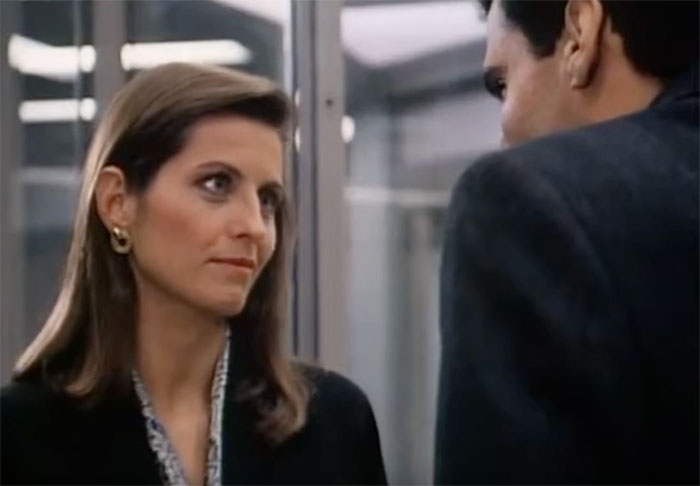 In 1989, Hetrick landed a main cast role on NBC’s crime drama Unsub, a portmanteau of “unknown” and “subject.” She played Ann Madison, member of an elite FBI forensic team, for all 8 episodes of the show’s run. It was unfortunately canceled after only one season.

Following her stint on Unsub, Hetrick continued on to feature as a recurring character on NBC’s legal drama L.A. Law between 1989 and 1991. Her character, Corinne Hammond Becker, appeared in 14 episodes during a storyline that involved a divorce proceeding, and she disappeared after the plot concluded. 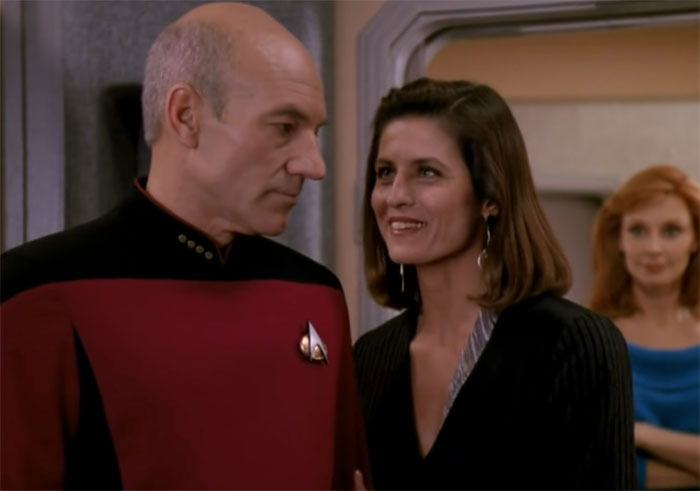 In 1990, Hetrick would play Vash, a human archeologist known for shady business dealings and selling of priceless artifacts for profit, on Star Trek: The Next Generation. Picard is initially unaware of her duplicitous nature during Vash’s premiere episode, “Captain’s Holiday”, and so the two enjoy a romance while Vash simultaneously uses Picard to push her own hidden agenda. 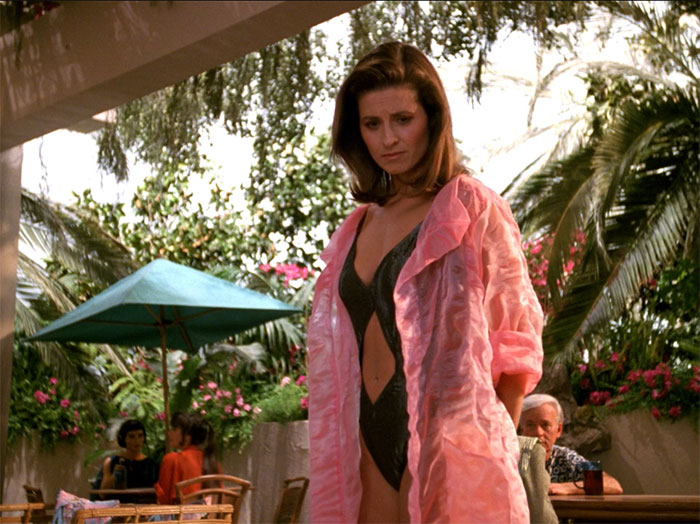 Although the two part ways, they meet again in 1991 episode “Qpid” when the seemingly omnipotent alien entity Q places them in a Robinhood fantasy together. Q then tasks a Robinhood-donned Picard to rescue Vash’s Maid Marien before she faces certain doom.

When Picard succeeds in his rescue, the two rekindle their romance once more before Vash chooses to join Q in his travels through the universe. This is the last we see of Vash on The Next Generation. 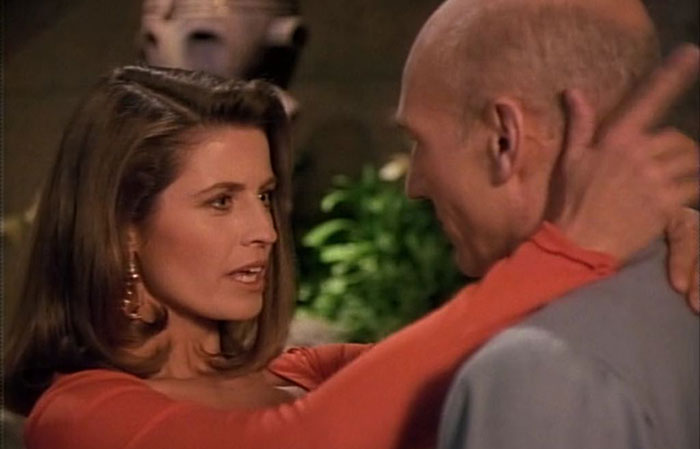 Fans generally did not care for Vash’s character and felt Picard, a self-identified morally upright man, should have comported himself with more dignity than to fall for the wiles of a charmer and thief. However, Hetrick was kindling a real-life romance with Picard actor Patrick Stewart, and the two were engaged at the time “Qpid” was filmed.

Just as with Picard and Vash, Hetrick and Stewart parted ways before long. The engagement did not conclude in a marriage. 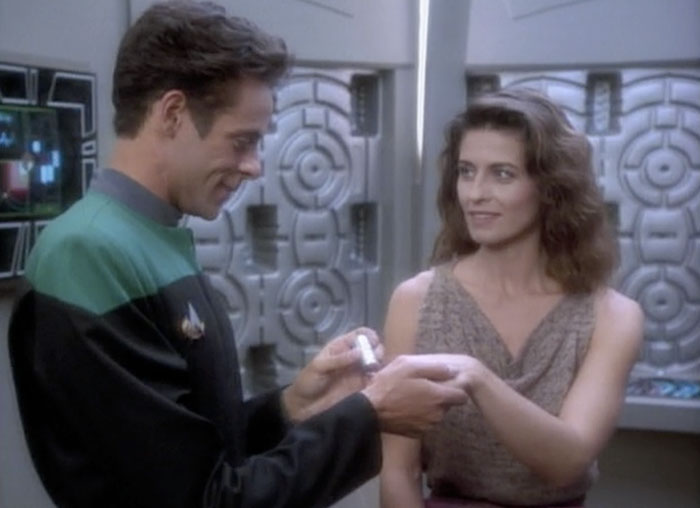 In 1993, Hetrick made an appearance in season one of Star Trek: Deep Space Nine, reprising her role as Vash. The episode brings Vash aboard the titular space station to reveal that her partnership with Q has dissolved. However, Q appears before long in an attempt to woo her back.

What ensues is a competition for Vash’s attention between Q, Dr. Bashir, and Quark. Whereas Q and Bashir wish for the pleasure of her company, Quark recognizes her undeniable charm and proficiency for selling priceless goods.

At the end of the episode, Quark convinces Vash to continue with her business using Quark as a partner and financial backer for her operation. Vash agrees to the terms, but is never seen on-screen again.

Hetrick appeared on 4 of the series’ 16 total episodes. It was canceled after two seasons. 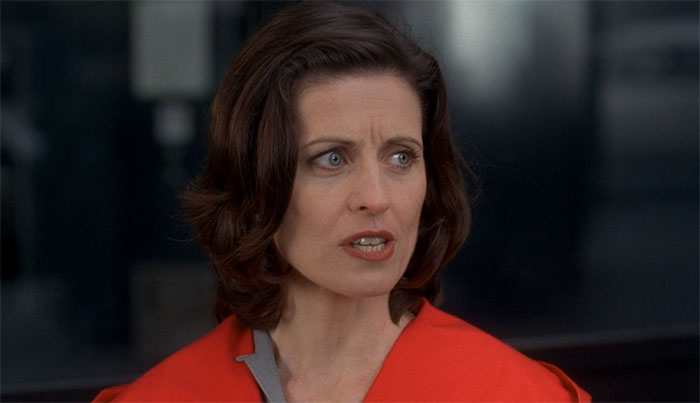 In 1996, Hetrick appeared on an episode of The X-Files as Sharon Skinner, wife of assistant FBI director Walter Skinner, in an episode entitled “Avatar”. During the episode, she serves Walter with divorce papers leading to him having a one night stand with a stranger. When the stranger winds up dead in the morning, Scully and Mulder investigate the unusual circumstances.

Hetrick appears in various scenes in the episode. While her character survives the episode, including a car crash that lands her in a coma, she is never seen on the show again.

In 1995, Hetrick played Caroline Fontaine on an episode of Sliders called “Last Days”. Hetrick would appear on the show once more in 2000, but as a separate character entirely. Her second appearance was as Claire LeBeau in an episode entitled “The Seer”.

What is Jennifer Hetrick doing now? 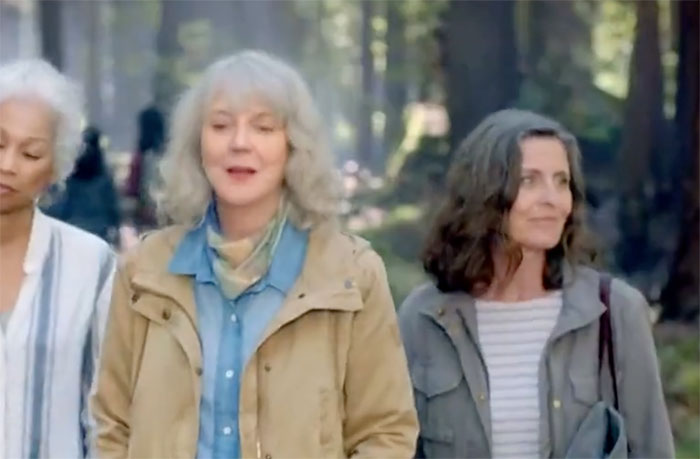 Jennifer Hetrick remains an actress, although her last appearance was in 2018 on an episode of CBS medical drama Code Black. Hetrick has returned to filming TV commercials as well, including a 2018 ad for Prolia alongside Blythe Danner.

As of 2022, Hetrick is a public speaker employed by AAE (All American Entertainment) Speakers, which is a talent booking agency that supplies keynote speakers for events, ceremonies, and other noteworthy occasions that require guest speakers.

While Jennifer Hetrick’s romance with actor Patrick Stewart fizzled before tying the knot, Hetrick went on and married someone else. However, she has not shared details of her husband, including his name or occupation.

The two have one child– a daughter named Lilly.