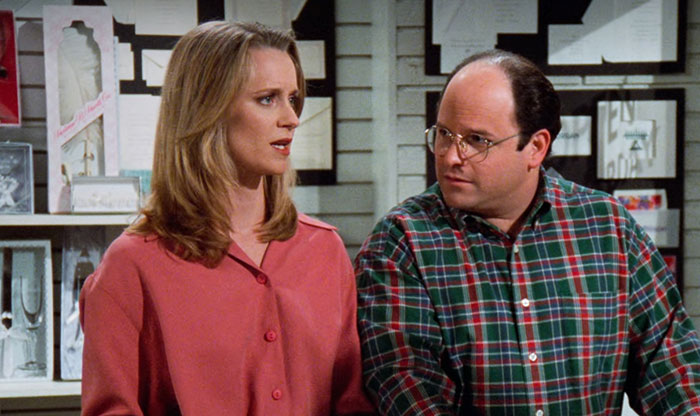 Heidi Swedberg is an American actress who has starred in television and film. She is best known for her role as Susan Ross on the television series Seinfeld.

Swedberg was born on March 3, 1966 in Honolulu, Hawaii but was raised in New Mexico.

She attended Sandia High School in Albuquerque, New Mexico from 1980 to 1984.

After she graduated, Swedberg moved to Kentucky where she worked for a year at Actors Theatre of Louisville. 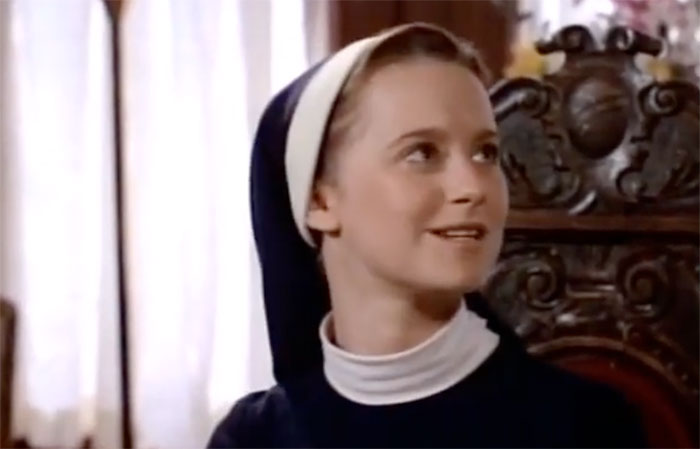 In 1989, Swedberg got her first acting credit when she played Sister Katherine on an episode of American legal drama series Matlock.

Swedberg then went on to play the role of Joshua’s mother in the 1990 comedy film Kindergarten Cop, which starred Arnold Schwarzenegger. 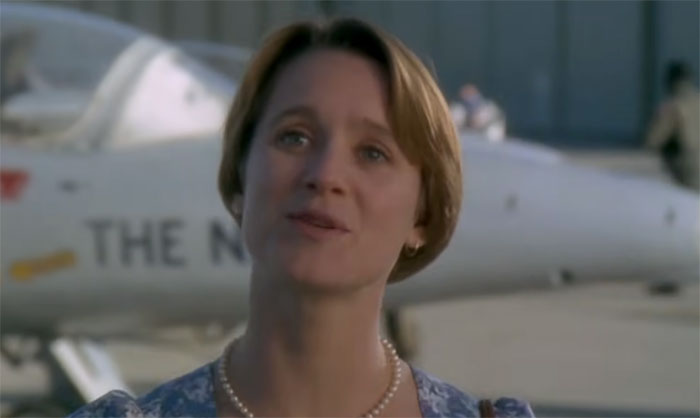 In 1991, Swedberg was cast as Mary Thomspon in the American comedy film Hot Shots. The film, which also starred Charlie Sheen, Cary Elwes, and Jon Cryer, was a critical and commercial success.

From 1991 to 1992, Swedberg appeared in two episodes of Brooklyn Bridge. She played Miss McCullough in the episodes “When Irish Eyes Are Smiling” and “The Gift.” 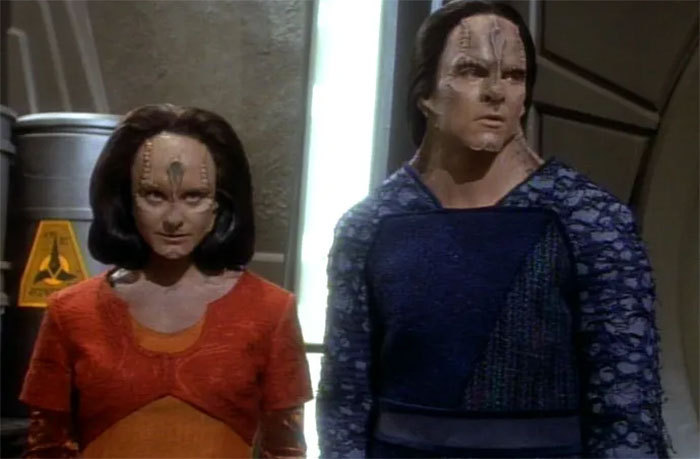 In 1994, Swedberg appeared as Rekelen in Star Trek: Deep Space Nine, the fourth series in the Star Trek media franchise.

She played Rekelen in the thirty-eighth episode called “Profit and Loss.” The plot takes inspiration from the classic film Casablanca. 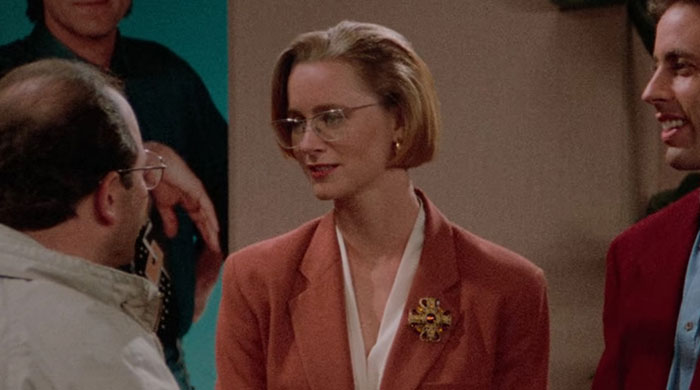 Swedberg most notable roles occured from 1992 to 1996, where she would play the recurring role of Susan Ross on the popular television sitcom Seinfeld for twenty-nine episodes.

Her character, Susan, first made an appearance on the show in Season 4, Episode 43, entitled “The Pitch.”

She works as an NBC executive and meets Jerry (played by Jerry Seinfeld) and George Costanza (played by Jason Alexander) when they pitch her an idea for a sitcom.

She later starts dating George and becomes his on again, off again girlfriend and then fiancé. 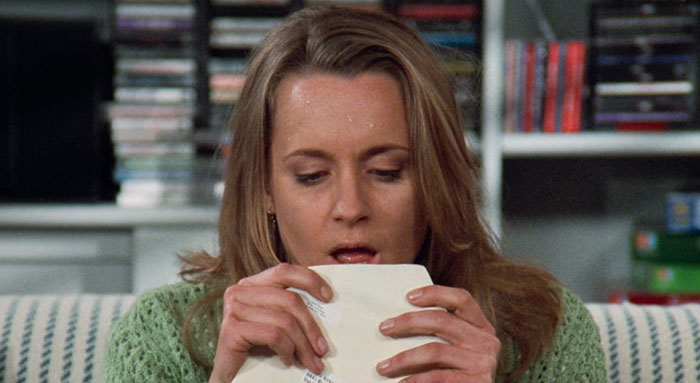 In the season finale, Susan dies from licking low-quality, toxic envelopes that George bought to be used for wedding invitations.

Fans of the comedy series thought Susan was a great match for George, despite his disinterest. On the Reddit subforum r/Seinfeld, one fan of the show posted, “I don’t know, I think more needs to be said for Susan, she was a keeper, George was lucky she was still available, a beautiful woman like that.”

Why was she written off the show? 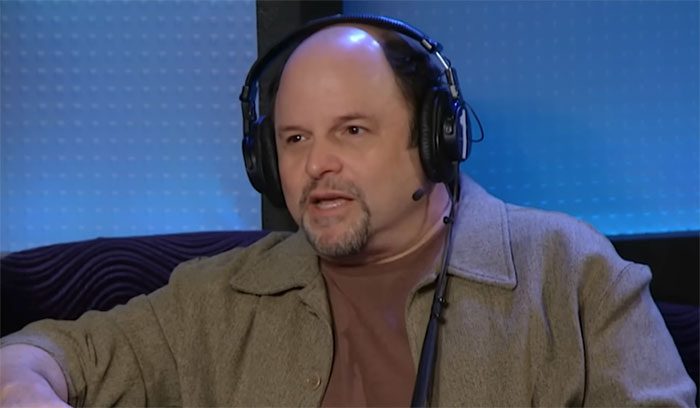 Seventeen years after the show aired, Jason Alexander revealed the reason why Swedberg’s character was written off the show while being interviewed on The Howard Stern Show.

He said “I couldn’t figure out how to play off her…No, her instincts for doing a scene where her comedy was and mine were always misfiring.”

Alexander also claimed that the other cast members didn’t enjoy working with her during the same interview, so producer Larry David decided to write her off the show.

Alexander later apologized for his remarks on The Howard Stern Show. On Vulture, he said, “But in telling this story, it sounds like we are putting a heavy burden on Heidi. I, personally, am not. Heidi would always ask if there was anything in the scenes she could do or if I had any thoughts. She was generous and gracious and I am so mad at myself for retelling this story in any way that would diminish her…”

In response to Alexander’s comments and subsequent apology, Swedberg said in Morristown Green, “I tend not to like to say unkind things about anyone. So I’ll leave it at that.”

In the same publication, Swedberg also stated that the residual income she gets from reruns of the show does help her out, “It doesn’t pay my rent, but I couldn’t pay my rent without it.”

What did she do after Seinfeld 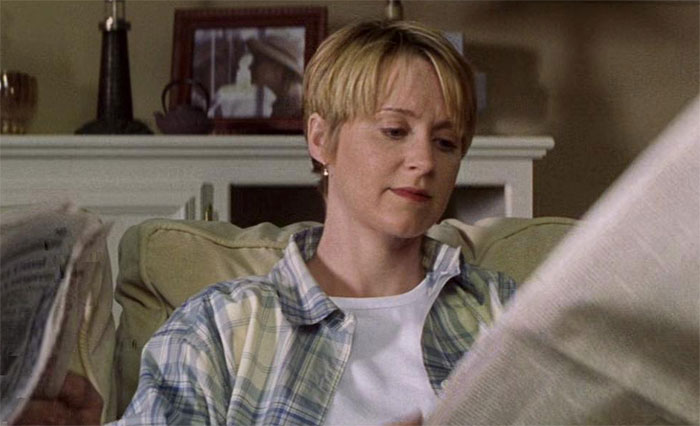 After Seinfeld Swedberg found a steady stream of work in television and movies. In 1996, Swedberg starred in an episode entitled “Secret Service” in the CBS television series Touched By an Angel. She played Marty Dillard.

In 2001, Swedberg was cast to play Meredith Dupree on two episodes of The CW series Roswell. The show follows teen aliens and their human friends while living in Roswell, New Mexico.

Swedberg appeared as Robin Turner in two episodes of the long-running medical drama series ER in 2002.

What is Heidi Swedberg doing now? 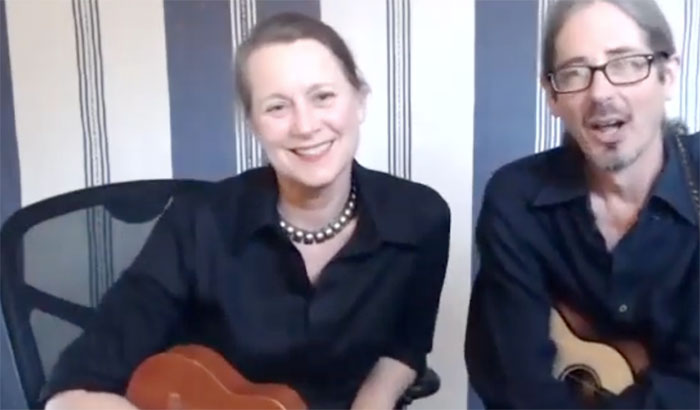 Swedberg has retired from acting and has focused her creative energies into playing and teaching the ukulele.

Heidi mentions she first got involved with the ukulele when she lived in Hawaii as a child.

She never took music lessons, but her family sang songs together and her mother belonged to a ukulele club.

Swedberg currently gives ukulele lessons and workshops to beginners and children interested in learning about the instrument. 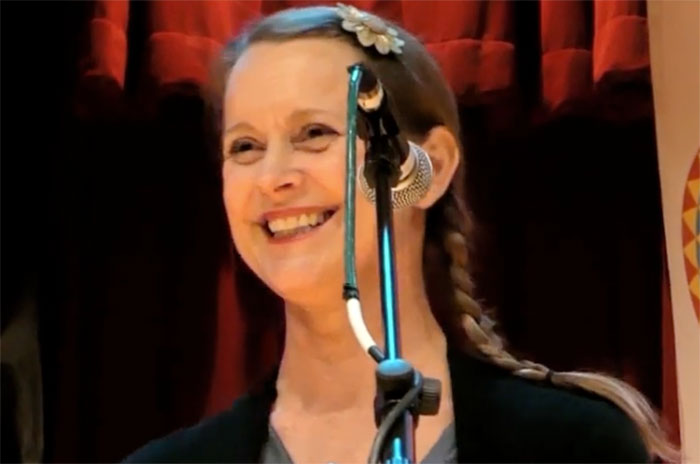 Speaking to Morristown Green, Swedberg discussed her thoughts on the ukulele–

“Ukulele is easier to learn than guitar, it’s more portable, and it creates an aura of friendliness. I love how it can carry a song within itself. It’s a little song machine. And because it’s so un-intimidating, it welcomes people to join in.”

Swedberg has also put out two albums, which are available for purchase or download. Her album “Play!” features traditional songs and original music. Her album “My Cup of Tea” features songs aimed at children from around the world.

You can also catch Heidi playing the ukulele with her band, Heidi Swedberg and the SukeyJump Band.

From 1994 to 2019, Swedberg was married to cinematographer Philip Holahan before filing for divorce. They have two children together. 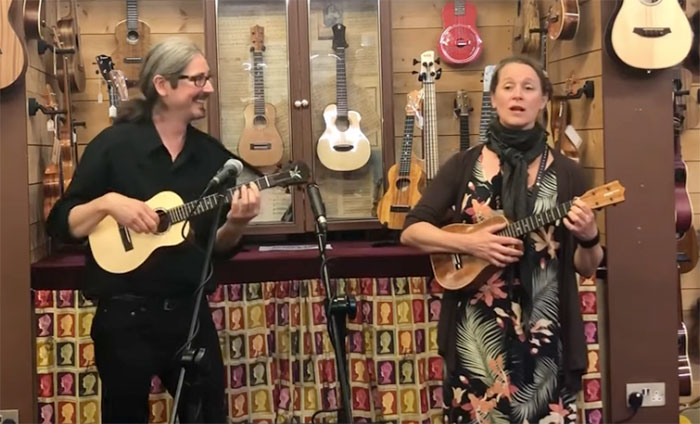