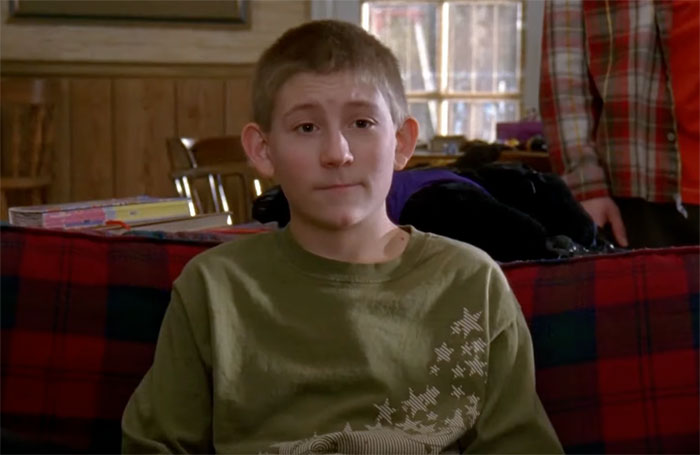 Erik Per Sullivan was a well-known child actor whose most memorable role was playing Dewey on the beloved sitcom Malcolm in the Middle.

After Malcolm in the Middle concluded, Per Sullivan continued to act in television and film until he was nineteen and then stopped acting.

He has has seeming disappeared from the face of the earth. Lets see if we can unravel the mystery of his whereabouts.

Erik Per Sullivan was born on July 12, 1991 in Worcester, Massachusetts as the only child to his mother and father.

While viewers didn’t get to see his bilingual skills on television, Per Sullivan actually speaks Swedish fluently, as his mother is originally from Sweden.

Prior to acting, Per Sullivan studied the piano and saxophone. He also achieved a black belt in Taekwondo.

As a child he attended Mount Saint Charles Academy in Rhode Island and Phillips Academy in New Hampshire.

Per Sullivan’s acting career began in 1998 when he had an uncredited role in the blockbuster film Armageddon. He had a blink-and-miss-it role as a child with a toy rocket ship. 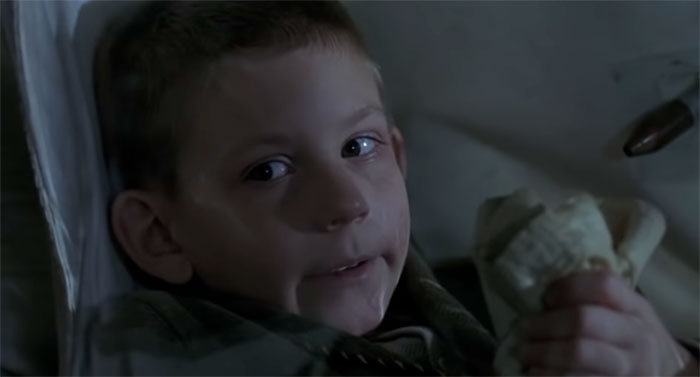 The following year he was cast in his first credited role as the sweet orphan Fuzzy in the drama Cider House Rules.

The film also starred Tobey Maguire, Michael Caine, who won an Academy Award for his performance, and Charlize Theron.

Malcolm in the Middle 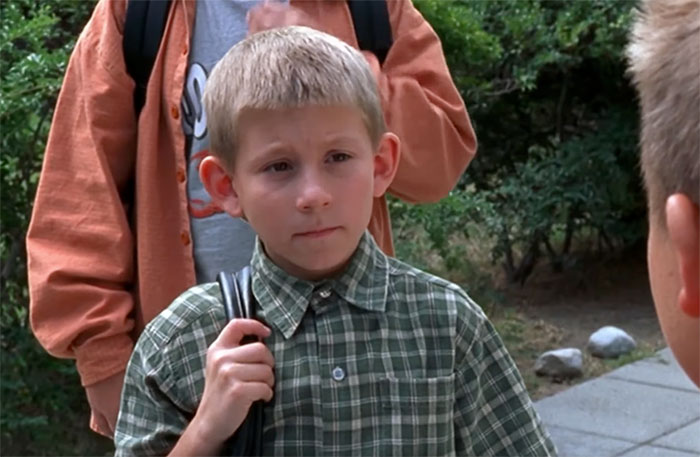 When Per Sullivan was nine years old, he landed his most notable role as Dewey on the Fox sitcom Malcolm in the Middle. He played Dewey for the show’s duration from 2000 to 2006.

The premise of the series follows the dysfunctional Wilkerson family, featuring Frankie Muniz as the titular Malcolm, a bright young man who tests at a genius level.

Despite his intelligence, he is as immature and sometimes as destructive as his brothers, often embroiled in their schemes.

Dewey is often a victim of his older brothers’ pranks with Reese, played by Justin Berfield, often serving as the ringleader. 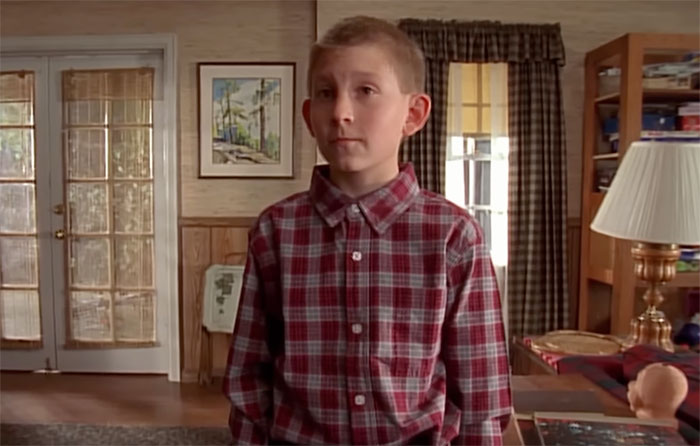 He is also shown to be intelligent and demonstrates concern for Malcolm’s wellbeing.

The show also starred Jane Kaczmarek and Bryan Cranston as the boys’ parents. Cranston in particular took his fatherly role seriously on and off the set.

At the Hollywood Walk of Fame Star Dedication Ceremony for Cranston, Kaczmarek discussed how Cranston made sure that Per Sullivan had as normal of a childhood as possible while filming Malcolm in the Middle. During her speech, Kaczmarek said,

“Some of my fondest memories of working Bryan on Malcolm in the Middle are of Bryan taking care of those boys, the kids who played our naughty children. He parented them on stage and off. He counseled them, he encouraged them, he coaxed them to stop goofing around… Bryan frequently invited Erik Per Sullivan, the little boy who played Dewey, to come home and spend weekends with his family…..So, coming home with Bryan for the weekend meant that Erik’s mom went back to Boston to see her husband and Erik, who was an only child, could come to spend some normal time with a normal family…”

After Malcolm in the Middle

Per Sullivan continued to act in film and television for a few years after Malcolm in the Middle.

Per Sullivan played young Joe Dirt in the 2001 comedy Joe Dirt starring David Spade. The following year he worked with Diane Lane and Richard Gere in the thriller Unfaithful where he played Lane and Gere’s son, Charlie Sumner.

In 2003, Per Sullivan lent his voice to the popular children’s animated film Finding Nemo. He voiced Sheldon, a seahorse and Nemo’s friend. As for television, Per Sullivan had brief roles on shows including Black of Life, The King of Queens, and Come on Over. 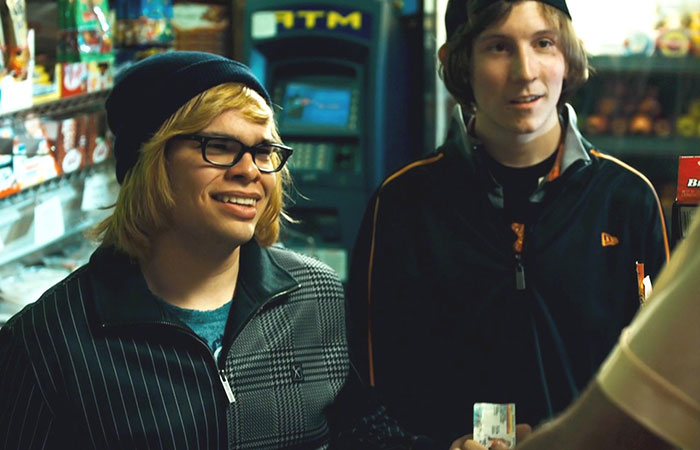 Per Sullivan’s final acting role was in 2010 when he starred in the teen crime drama Twelve. He played Timmy and worked with other notable former child and teen actors at the time such as Rory Culkin, Emma Roberts, and Zoë Kravitz.

Unlike his aforementioned co-stars, Per Sullivan did not continue acting into adulthood.

After he stepped away from acting, he went to the University of Southern California in Los Angeles in 2009.

Why did he quit acting? 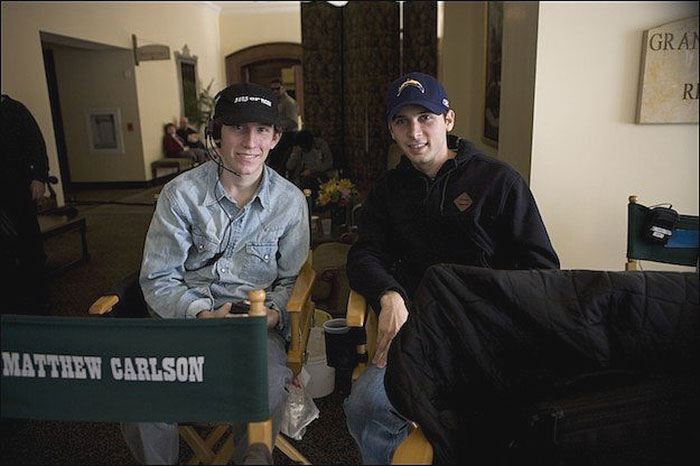 Former co-star Frankie Muniz attempted to offer some insight as to why Per Sullivan stepped out of the spotlight. Speaking to LADbible, Muniz said of Per Sullivan–

“To be honest, I don’t know what he’s up to, I hate to say that because I’ve talked to him a few times since the show ended. I’ve talked to his parents a lot. When I was in the band, we went and played in the city where he lives and his parents came to the show but unfortunately, he couldn’t make it…But one thing I know, some actors or some people just got to do it when they were a kid and then they wanted to experience other things and kind of live a more normal life out of the spotlight, I think that’s what he wanted to do so good for him." 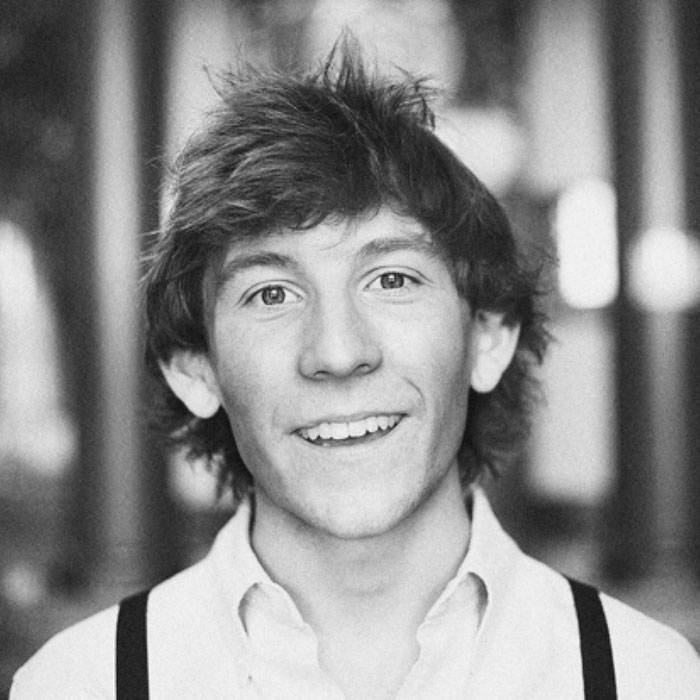 Per Sullivan’s life following his acting career is very private. Some have speculated what he might be up to. However, the things we do know of Per Sullivan indicate he is living his best life.

In 2009, Muniz tweeted about Per Sullivan attending the University of Southern California, but what he studied there is unknown. He also attended KD College for acting classes, so perhaps he will step back into the spotlight in the future.

Per Sullivan has a very limited social media presence and he doesn’t give much away about what he is currently up to.

An unverified Instagram account features only eleven posts. The most recent post was in 2021– a photo of him wearing a backwards cap and black framed glasses while giving a slight smile to the camera.

Malcom in the Middle Reunion 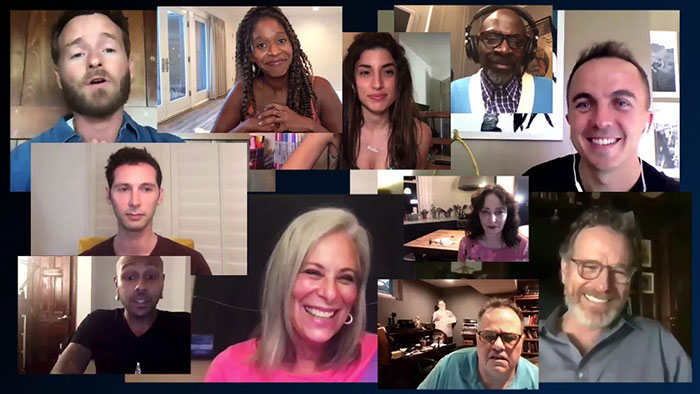 In 2020 during the height of the pandemic, the cast of Malcom in the Middle virtually reunited for the 20th anniversary of the show. The entire principal cast of the show attended, however Erik Per Sullivan was noticeably absent.

There might still be hope for a entire Wilkerson family reunion.

Frankie Muniz spoke to E! News and said that Bryan Cranston is not only interested in a Malcolm in the Middle reboot, but also helping to write the script.

While Muniz and Cranston are down to get the family back together, it is unclear if Per Sullivan has expressed interest in reprising his role as Dewey.

In the digital information age, it can be hard for the average person to maintain privacy, so it is quite a feat that Per Sullivan has managed to stay anonymous post acting.

When it comes to his romantic relationships, Per Sullivan is not married and it is not clear if he is currently dating anyone or who he has dated in the past.

What Per Sullivan is doing for work also remains a bit of a mystery, but let’s hope it’s something that he enjoys.