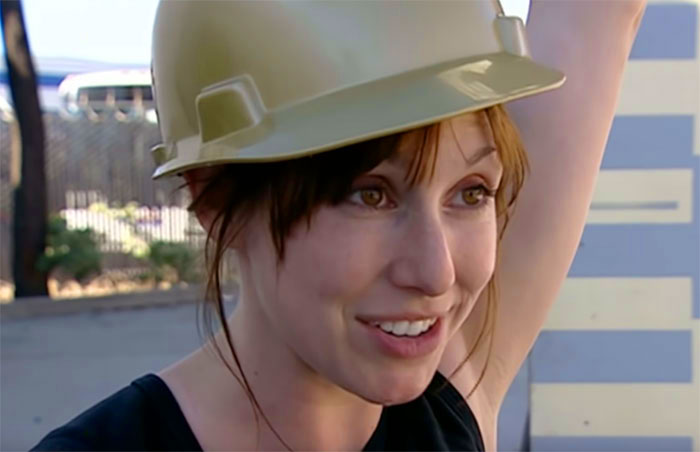 Kari Byron is an American television host and artist. She is best known as part of the B Team on the educational series MythBusters.

While she is no longer busting myths, she is still active in educating others about engineering, physics, and how we can save our planet.

Care to hypothesize about what Byron has been up to lately? Let’s find out!

Byron was born on December 18, 1974 in the Bay Area of California. Byron attended Los Gatos High School before going on to attend San Francisco State University, where she graduated in 1998 with a degree in film and sculpture. 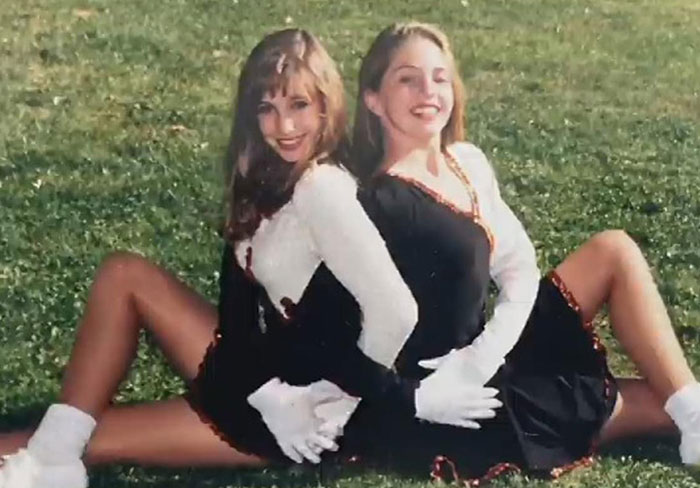 After Byron graduated, she was hit with wanderlust and decided to backpack around the world with her friend and actress, Dawn Gilbert. In just a year Byron and Gilbert managed to visit ten different countries including New Zealand, Australia, Japan, and India.

Upon returning home from her trip, she had her sculptures and paintings featured at some of the best galleries in San Francisco. 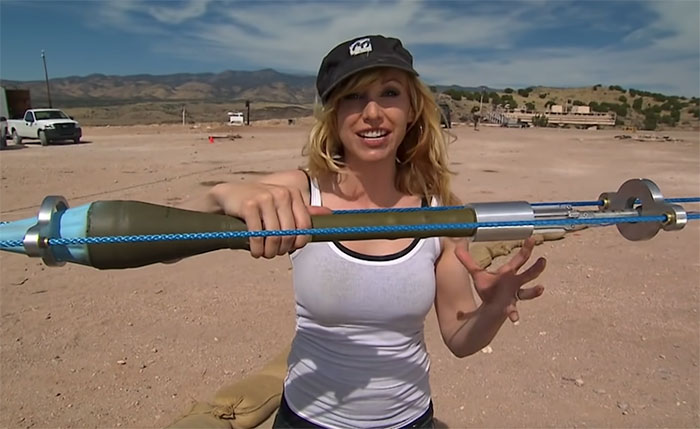 Byron was cast as a member of the MythBusters team in 2004. The show, which premiered in 2003 and ran until 2016, was a popular science show originally hosted by special effects experts Adam Savage and Jaimie Hyneman.

She got the role after continuously showing up to Hyneman’s M5 Industries workshop and expressing desire to get hired by his company. Byron was not the only new addition to the team, as model maker Salvatore “Tory” Belleci and Grant Imahara, an electrical engineer and roboticist, also joined MythBusters at the same time. 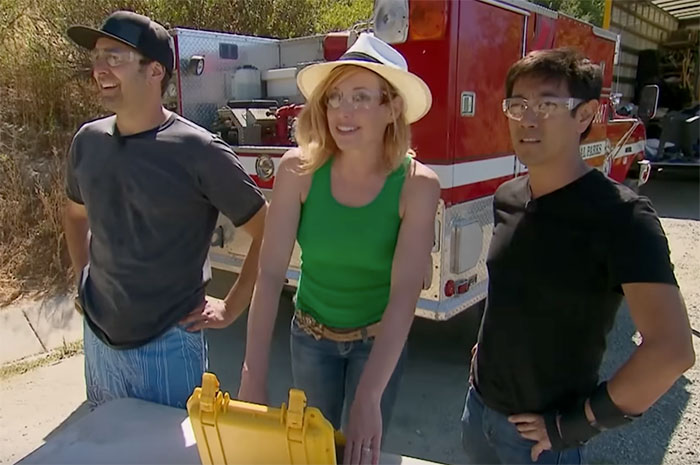 Byron, Belleci, and Imahara were part of the “Build Team,” otherwise known as the B Team. Their job was to work with Savage and Hyneman to test the plausibility of myths by either declaring them busted, plausible, or confirmed.

She and the other B Team members would host their own segments and eventually became more prominent fixtures in the show. In 2014, however, fans were taken aback to learn that Byron, Belleci, and Imahara would not be returning to the show.

In 2021, the program’s executive producer Dan Tapster told Entertainment Weekly that Byron, Belleci, and Imahara were asking to be compensated for more than what the producers thought was reasonable.

Tapster elaborated, “We were very keen for [Grant, Kari, and Tory] to be a part of the show, we are massive fans of theirs, and what they did over 10 years was phenomenal. 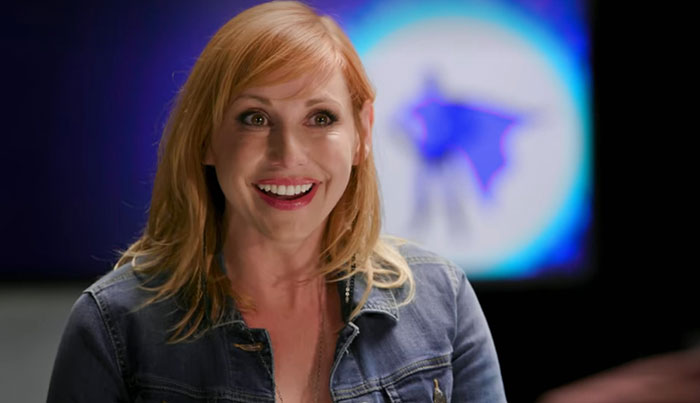 In 2016, the B Team was reunited by Netflix when they cast Byron, Belleci, and Imahara in the show White Rabbit Project.

Despite the positive reception from viewers, Netflix canceled the White Rabbit Project after just one season. 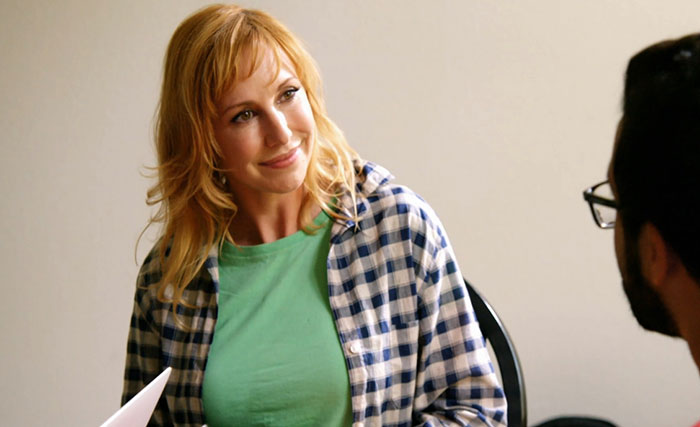 Byron didn’t slow down after the White Rabbit Project’s cancellation. In 2021, Byron embarked on a new educational series called Crash Test World. The family-friendly show was the first television series from the non-profit organization ProjectExplorer which aims at helping children learn to be global citizens.

Byron continues to educate young and old minds with her show Everyday Science Stuff on the subscription-based platform on EXPLR Media. She is also the co-founder of the platform. 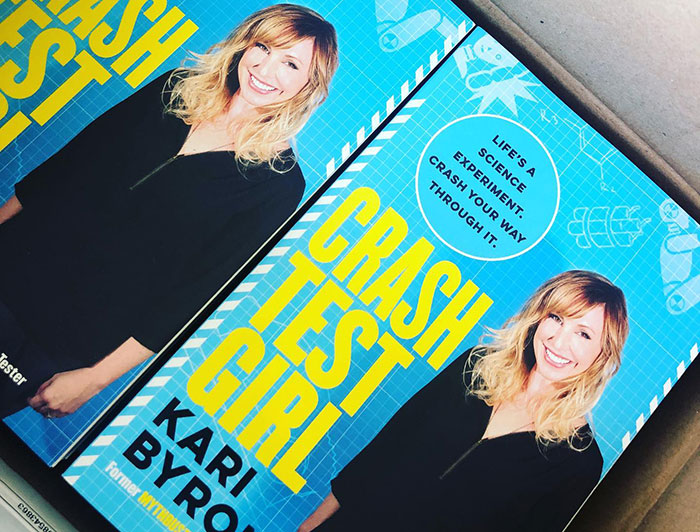 In her mission to continue motivating and educating people of all ages, Byron published a book in 2018 called “Crash Test Girl: An Unlikely Experiment in Using the Scientific Method to Answer Life’s Toughest Questions.”

According to Byron’s personal website, karibyron.com, the book is about how “the scientific method became Kari’s go-to process for investigating, growing, and making discoveries about herself that have led her to greater wisdom, happiness, and success.”

One of Byron’s missions is encouraging others to protect the planet. For Byron, the best way to do that has been through education and discussion.

Located on the Varsity Tutor’s official web page is Byron’s online discussion, called “Environmental Mythbusting: How to Really Save the World.” 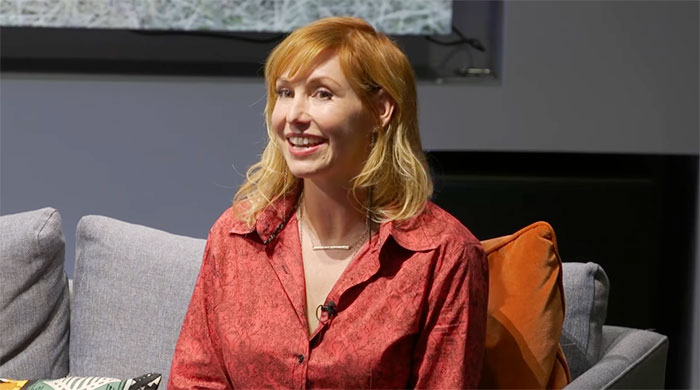 Her aim is to debunk outdated, misleading, or confusing information that has been passed down by organizations about how to protect the planet. 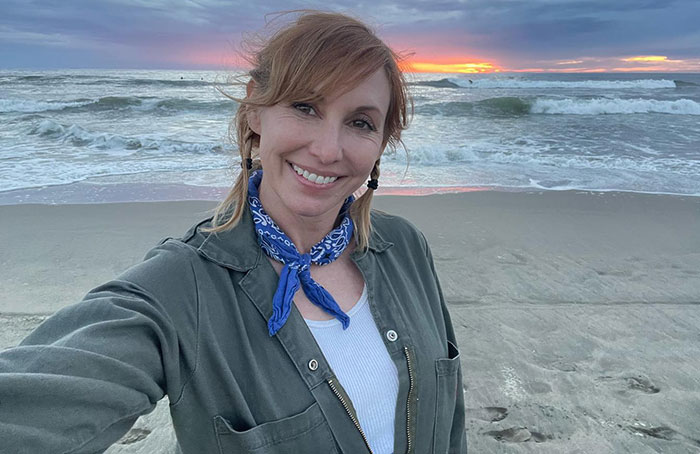 In March 2006, Byron married artist Paul Ulrich. They share a daughter together.

In 2019, Byron filed for separation from Ulrich, and the marriage was ultimately dissolved in 2020.