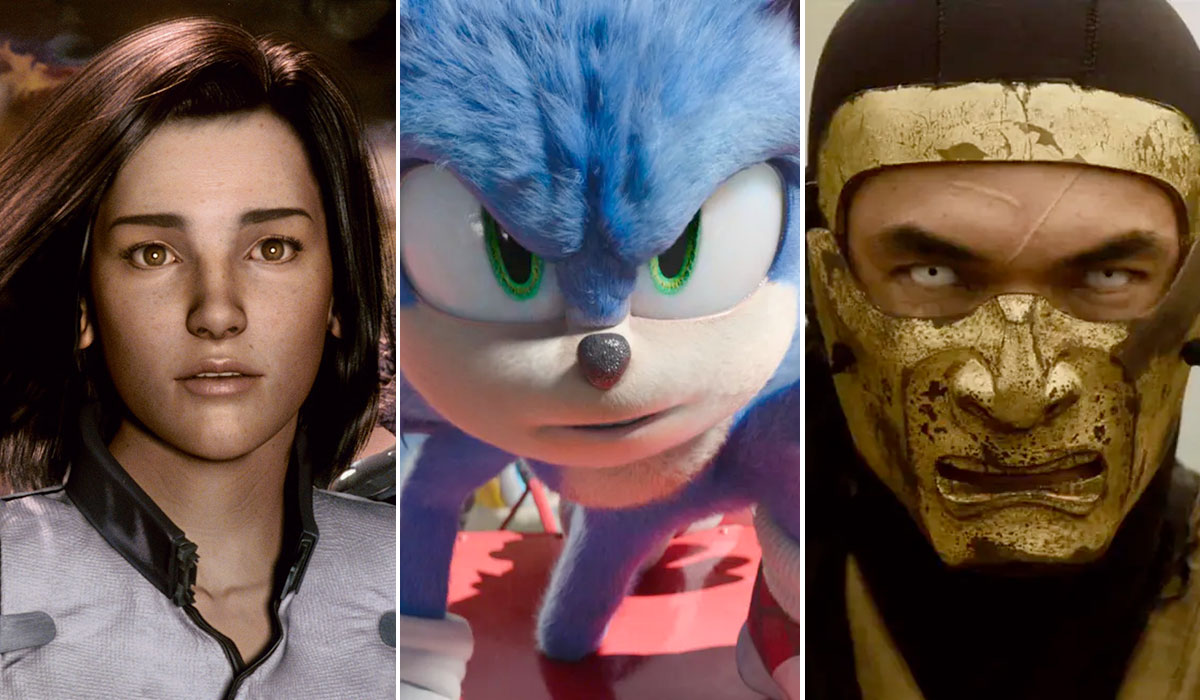 If I had a nickel for every video game adaptation that’s been announced in my lifetime I would have an unnecessarily large amount of nickels. It would be like a five-gallon bucket of nickels.

Now take that bucket of nickels to a coin machine and dump those babies in. For every game that gets adapted and retains some of the game’s spirit and soul, the machine gives one dollar.

The machine spits out five dollars by the end. Which is way less than the number of nickels but at least it’s easier to carry. But which five games were these dollars for? Out of all those adaptations and movies, shows, web shorts, and (checks notes) Crackle Exclusives, what five could pass such a lofty threshold?

Some of these films weren’t received well critically, or even by general audience consensus on release. Some of them have been loved by viewers and fans.

What they all have in common is giving at least a shred of care about the source material and worlds they adapt from. The lowest-budget films can end up as fan favorites just by showing love and appreciation for the source material, and these five films excel in that regard.

Final Fantasy: The Spirits Within 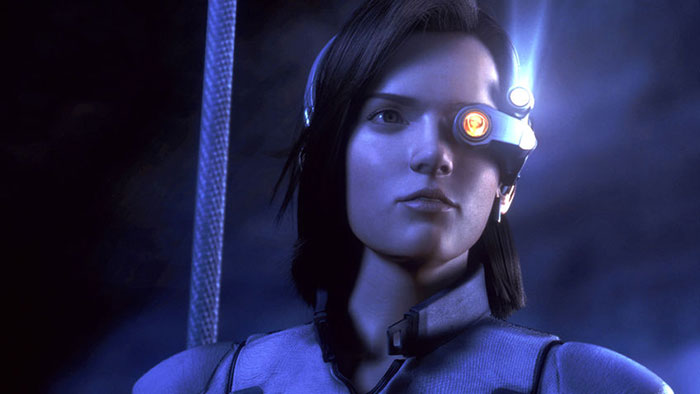 It’s hard to describe how groundbreaking this film looked upon release back in 2001. Final Fantasy was a massive gaming franchise at the time, with Final Fantasy X being a massive hit with the signature blend of fantasy and sci-fi. Then this movie comes along with the most realistic-looking CGI to date. Nothing hit that scope of lifelike CGI rendering again until Avatar in 2009.

Despite (because of) all that innovation and the cost to develop the software in-house, the movie made nowhere near what it cost to produce and bombed hard. What it did well though is take the game’s blend of high sci-fi mixed with fantasy, a story of technologically elite humans being annihilated by a sudden supernatural event. The characters are developed, and while there’s some stilted dialogue and voice acting in places, it maintains that same spirit within by balancing a little camp with a serious message about the balance of nature.

Sadly the film wouldn’t receive any kind of follow-up, but it is regarded as a cult classic among fans today.

Honorable mention goes to Final Fantasy VII: Advent Children. A little silly, but gave a great follow-up story to Final Fantasy VII picking up in the aftermath of the game. More of an epilogue than a sequel, it fleshes out the game and gave audiences closure on the characters and the catastrophic events they barely averted. 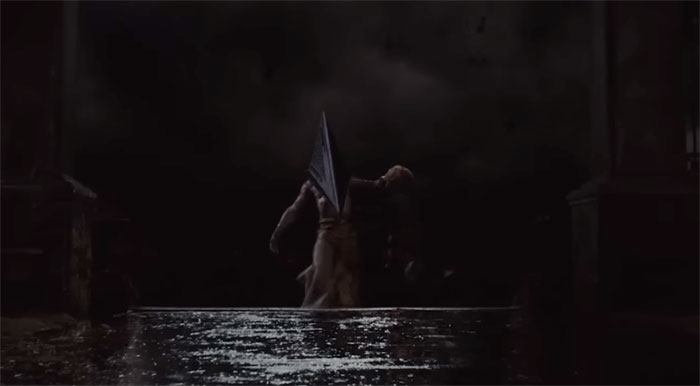 Silent Hill is a gem in horror video games and one that’s been surprisingly left on the back burner compared to Resident Evil which came about around the same time. The 2006 film had the heavy task of adapting a world with already complicated lore and a devoted fan base, and while it didn’t stick the landing on every count there was at least some effort put in.

Mixing aspects of the first three games in the series, it nailed the oppressive, industrial hellscape of Silent Hill, putting great effort into both monsters and set designs. It gets a bonus for passing the Sean Bean standard, letting the actor escape the dice role of death.

Until the sequel, which had some cool ideas but just didn’t deliver on… any of them. Though the visual aesthetics overall were well done, it wasn’t enough to save the rest of the film or Sean Bean’s character early in the story. 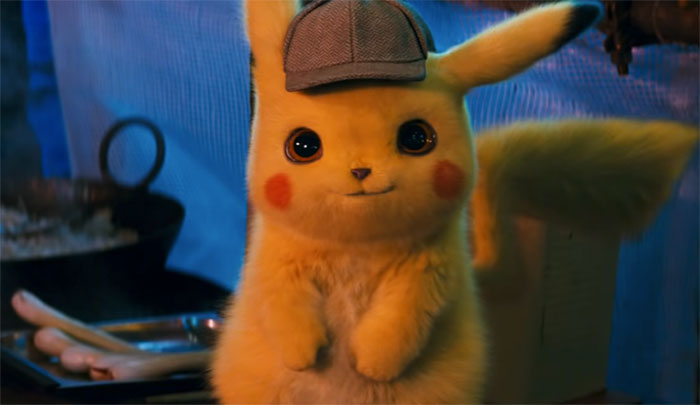 Does anyone realize how hard it must have been to pull this movie off at all, much less make it the movie it was? So many things about Pokemon are red flags for live-action, from their designs and story decisions to the horrifying implications of world-building. So much could have gone wrong here, but somehow didn’t.

Ryan Reynolds is charming as always of course, while Justice Smith and Kathryn Newton were a fantastic pair of protagonists. The designs of the Pokemon altered what it needed for lifelike textures, but kept the cartoony nature of the Pokemon and made them downright loveable and believable, and paid tribute to the series’ rich history throughout.

Just don’t think too much about the ethical implications of the movie. Ditto being able to morph into people is a terrifying thought.

Okay, so it’s a web series and not a movie, but the seasons can (and have) been cut together into a single format. Either way Mortal Kombat Legacy was a massive hit when episodes started coming up on YouTube in the early 2010s. Based on an earlier short film by director Kevin Tancharoen, it took a somewhat more grounded approach to the Kombat cast, and it worked.

While the stories remained the same for the most part, with season one focusing on character introductions and season two being the tournament, the real focus was still on the fights. Important detail was given to the fight choreography above everything else, making sure characters fought just as they would in the game. Though it didn’t have the budget compared to other attempts at the series, it did have heart, especially in episodes focusing on Scorpion and Sub-Zero. 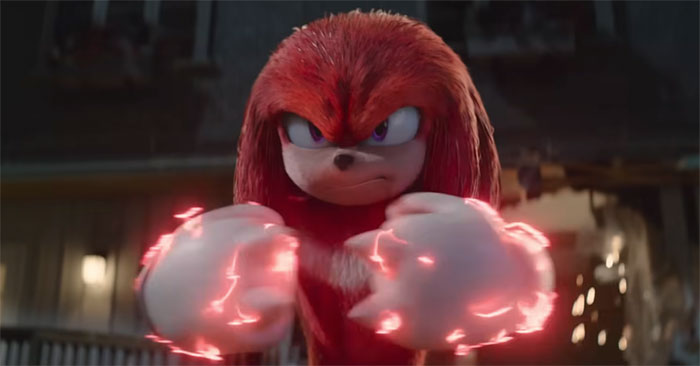 The greatest of all time. The new standard. Sonic the Hedgehog 2 was an improbable movie from the start, with the first undergoing extensive reworks because Sonic looked more like a monster than a loveable hedgehog. That level of care let the first film shine though and paved the way for a masterpiece in the second.

Seriously, there is so much love and attention put into this movie, down to the smallest visual references and jokes for longtime fans of the series. This movie isn’t afraid to reach into Sonic’s history for inspiration, with scenes paying homage to Sonic Adventure, Sonic Heroes, and even Dr. Robotnik’s Mean Bean Machine. Everyone shines as their character (Idris Elba hits just the right balance with Knuckles) and even the human characters have an entertaining B-plot.

There are plenty of adaptations still on the horizon, with some more likely to happen than others. While we can hope for the best when it comes to our favorite games having a faithful and halfway-decent adaptation, there’s an old standard that has to be dug out of first. Hopefully, with newer generations of filmmakers and writers moving into the fold, some video games can get the onscreen justice they deserve.

Video Emerges of Ke Huy Quan Working as a Stunt Coordinator on the…She Played 'Persephone' in The Matrix Movies. See Monica Bellucci Now…8 Exciting Sci-Fi and Fantasy Movies to Look Forward to in 20235 Actors That Went All Out In Terrible Movies11 Disturbing Lines From Horror Movies That Shook Viewers To The Core5 Great Movies Hidden Behind Terrible TrailersThe 8 Most Anticipated Horror Movies of 2023Kevin Costner Passed On One Of The Greatest Movies Of All Time To Be…7 Movies That Will Leave You Asking 'WTF Happened?'