Angie Varona is a Cuban-American model and social media influencer who has garnered millions of followers online.

She came to the attention of the internet in 2007 when she was 14 years old and sexy selfies of herself were leaked online and went viral. She had stored the pictures on Photo Bucket, but her account was hacked. The pictures which included shots of Angie in her bra and panties and was meant for her boyfriend at the time and ended up on adult sites all over the internet.

Some pictures were even photoshopped to make it look like Angie was nude:

Her parents contacted the police to help stop the spread of the photos but they were told there was nothing they could do, because she was not naked in any of the pictures.

The emotional toll of these events led her to running away from home, turning to drugs and even considering suicide.

She appeared on Good Morning America and ABC’s Nightline to discuss her ordeal and warn other teen girls of the dangers of posting revealing pictures of themselves online.

Unscrupulous people have also used her photos to catfish and scam people out of their money and Angie address this in a Facebook post:

Lately I have been contacted by numerous people who have gotten scammed out of money. These imposters continue to claim they are me and are asking for money.They have gone as far as to get fake identification. Please be advised that they are not me. I work hard and have always worked for my money. I have never asked anyone for money, not even my parents. I believe in working hard and paying my own bills.

If you get someone claiming to be me, and asking for money,please report it immediately to the authorities.

When it comes to her political leaning, Angie has said:

"Economically/fiscally, I lean republican but social/environmental I lean dem. But often times these conflicting ideologies have me in a state of hypocrisy

#makeamericagreatagain (don’t chastise me for voting a certain way…You can simply say you disagree but degrading me and attacking me makes you exactly what you say Donald Trump is…hypocrites or…) If I don’t bother you about your vote don’t bother me about mine. We live in a democratic society. I’m allowed to vote for whomever without being attacked or bribed.

When it comes to plastic surgery Angie freely admits to having her lips done and posted before and after photos on her Twitter:

How can anyone say the before is better …. like no way . Lips are def. a game changer idc what anyone says 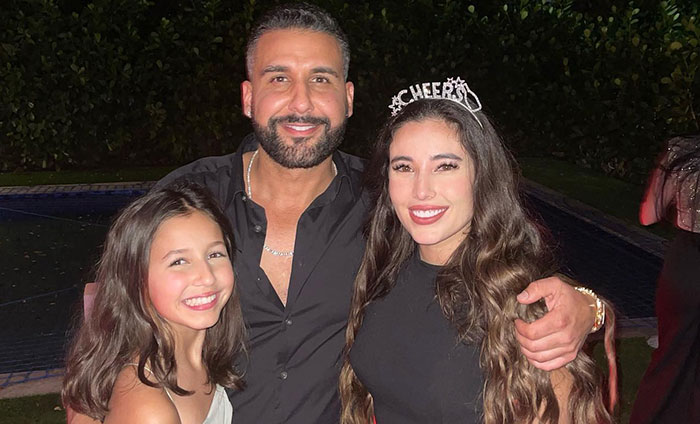 Angie is currently in a relationship with entrepreneur Rick Arredondo. He is one of the managing partners of American Medical Academy.

She lists country, alternative and r & b as her favorite type of music.

Her favorite fast food restaurants are Taco Bell and Subway.