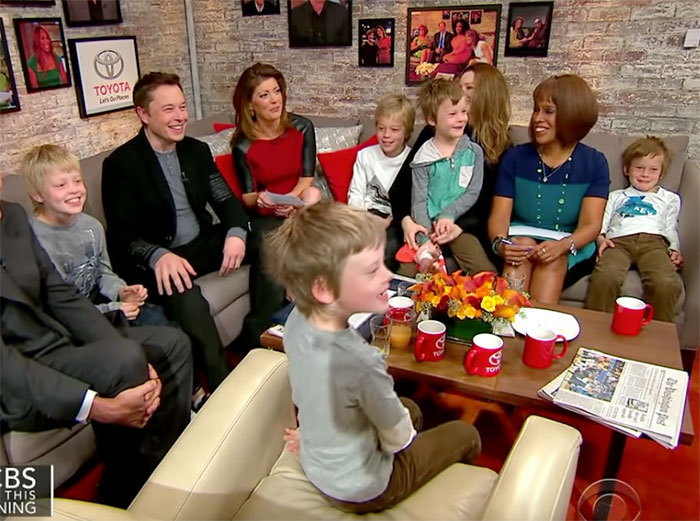 Elon Musk is known worldwide as one of the smartest and richest men on the planet. His influence is felt across the world. That begs the question, however, how about his children? Will his children be likely to be as influential and intelligent as he is?

How smart is Elon Musk? What is his IQ?

Though public data about Elon Musk’s IQ is not available, the suggestion is that his IQ is relatively high given his success and technical knowledge. Though the Intelligence Quotient test does not account for certain things such as background, mental ability, and forms of intelligence, it is statistically reliable – if not controversial. If Elon Musk were to release his IQ score publicly, it would likely show a high percentile. Likely above the 150s.

An indication of Elon Musk’s intelligence that is easier to quantify is his extensive educational background. He attended the University of Pretoria in South Africa for a few months and waited for a Canadian visa to come through.

By 1990 he entered Queen’s University in Kingston, Ontario. Two years later, he would transfer to the University of Pennsylvania. He would graduate in 1995 with a Bachelor of Science degree in economics and a second degree, a Bachelor of Arts in physics.

As early as 1994, Elon Musk had interned in Silicon Valley at two different startups. By 1995, he would join the Doctor of Philosophy program for materials sciences at Stanford University.

However, he decided to drop out of Stanford two days later, fueled by interest in the dot-com boom, launching his first internet company, Zip2. Since then, he has become famous for his business acumen and technology startups.

Who are Elon Musk’s kids?

Elon Musk had seven children, all of whom are boys, though only six are living.

Elon Musk’s following two children are twins. In 2004, Justine gave birth to Griffin and Xavier Musk. The twins were conceived through IVF and are now 18 years old as of 2022.

Elon Musk’s subsequent three children are triplets. Kai, Saxon, and Damian Musk were conceived through IVF and were born in 2006. They are the last three children born by Justine Wilson before her split with Elon Musk in 2008. As of 2022, the Musk triplets are 16 years old. 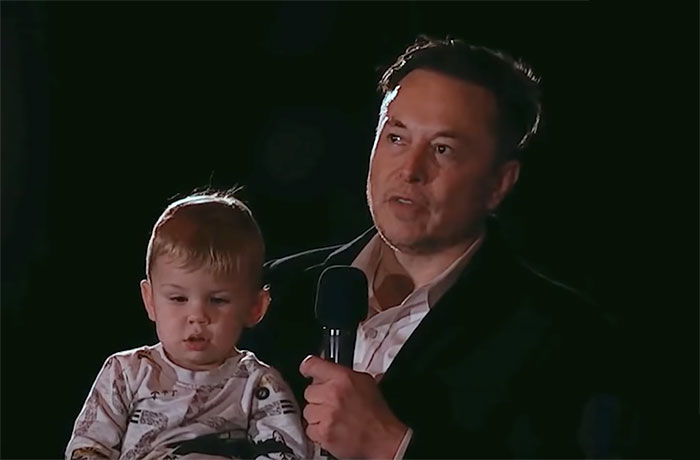 Musk’s most recent child, conceived with then-girlfriend Grimes, the pop-star, is X Æ A-Xii. X Æ A-Xii was born on May 5, 2020. He was initially named X Æ A-12, in reference to a song by his mother. However, California law indicated the child could not have a name that contained Indo-Arabic characters, necessitating the switch to X Æ A-Xii.

As for how to pronounce X Æ A-Xii, Elon Musk revealed in a Joe Rogan podcast that it is “X-Ash-A-Twelve.”

Who are their mothers? What do they do? How smart are they? 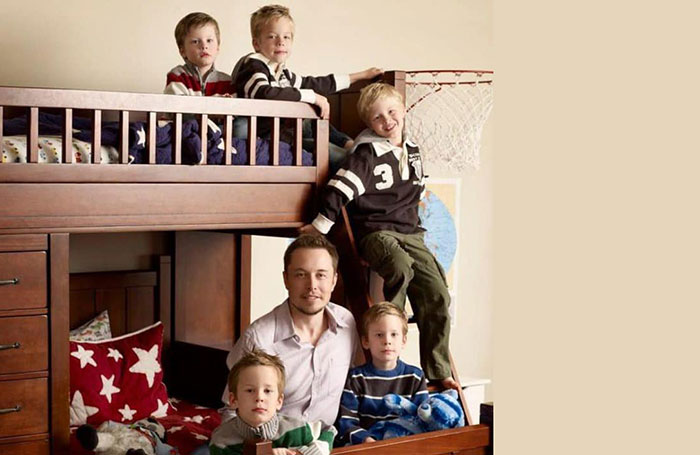 Elon Musk has had a significant dating history with many famous women, though he has only had two children.

Elon Musk’s first wife, and mother to five of his living children, is Canadian author Justine Wilson. The two wed in 2000 but split in 2008. However, the split wasn’t entirely amicable, with Justine suggesting Elon Musk considered her to be a “starter wife.”

Musk would then date film star Amber Heard for a year after her divorce with Johnny Depp. However, they would split a year later due to schedule differences.

Elon Musk’s third partner, and mother to his sixth living child, X Æ A-Xii, would be Grimes. Claire Elise Boucher is a Canadian musician, singer, songwriter, and producer. The pair would remain together from 2018 to 2021 but eventually split. They have remained friends, however.

What is clear here is that Elon Musk has dated several women, all of whom are pretty successful. Given the work it takes to succeed, we can assume they are all very intelligent. Given the intelligence of both sets of parents, in addition to the Musk family wealth, the children should do quite well for themselves with plenty of opportunities for success.

Where are Elon Musk’s kids being educated?

The education of Elon Musk’s children has been interesting and differs quite a bit from the teaching of most children. Namely, rather than embracing traditional school-based education, Elon Musk indicated the internet played a great deal into how his children were educated, stating:

"Well, my observation is that my kids were mostly educated by YouTube and Reddit," Musk said. "I guess there were lessons as well, but judging by the amount of time they spent online, it seemed like most of their education is actually coming from online."

Elon Musk has indicated skepticism over traditional education, such as in interviews. Given his doubt and his frequent urge to try new paths, it makes sense he would form his educational institution. This would be the Ad Astra School.

Business Insider has a good overview of the Ad Astra School:

Ad Astra’s curriculum is heavy on artificial intelligence, coding, and applied science courses. Sports and music are not included in the curriculum, and foreign languages are absent due to Musk’s belief that real-time translation software will soon make teaching the subject irrelevant.

The location at a rocket factory and our association with Elon Musk made Ad Astra one-of-a-kind. But beyond the hype and hyperbole, Ad Astra was special because we had a once-in-a-lifetime opportunity to design a school from first principles. We did not have limitations of any mandated structure or curriculum. Our only directive from Elon was to "make it great."  From the challenge and opportunity of that request, Astra Nova was born.

How much does it cost?

As for the cost to have a child be educated like one of Elon Musk’s children, be prepared, as it is not cheap. One day of lessons costs up to $7,500. This is in addition to limited availability in enrollment in the experimental school.

Are Elon’s kids smart? Are they bright as Elon?

Given that Elon Musk does not publicly reveal too much about his children or their prospects, there is no way to be sure about their intelligence. However, they are likely to be quite bright given the opportunities provided to them by their intelligent parents and significant economic resources.

It is debatable how much intelligence is genetically inherited. What is known is that there is some basis for intelligence being inherited from mother to child, but more importantly, outside factors can significantly influence a child’s brain development.

Giving a child the best opportunity possible with as many resources as possible is more likely to affect the intelligence of a child than genomic factors.

What Is Elon Musk's IQ?