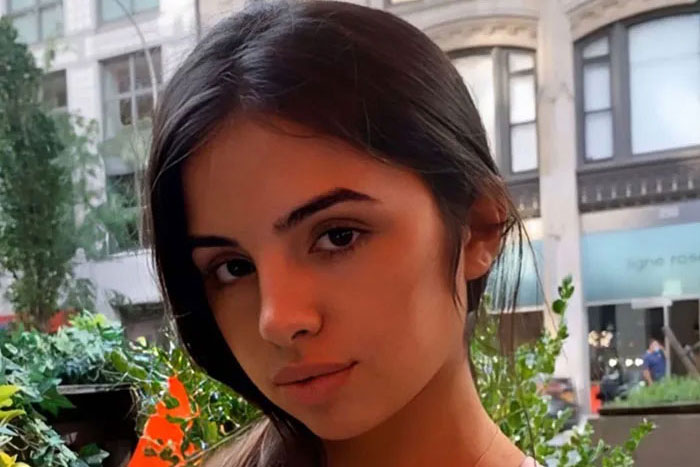 Mati Marroni is an American model, content creator and social media influencer who has amassed hundreds of thousands of followers on social media.

She was born on January 19, 2002. She is half Armenian and half Uruguayan and is currently residing in Houston, Texas.

In an interview Mati reveals that she blew up on Instagram after posting a video of her eating a burger from Whataburger, while wearing a piece of revealing clothing. She mentions that she was only 16-years-old at the time.

She says that 7 second video changed her entire life and it opened many doors for her, allowed her to meet many people and showed her a different side of life. She also mentions that she gets to travel all across the globe now thanks to her new found stardom. She says the experience has been ‘insane.’

One of the drawbacks of this new found fame is that she is often catfished on the internet. She has posted catfished accounts of her which have accumulated millions of followers online.

Mati have an OnlyFans where she has a massive following. When asked what type of content she post, Mati says she "I post my tit*ies, I post pictures of my coochie, I go crazy truly honestly."

Before she started her OnlyFans, Mati says she would make money from requests in her Snapchat, Instgarm and Twitter DMs. She mentions that guys would pay her money for pictures and videos.

When it comes to her OnlyFans strategy, Mati says the best approach is to have a free trial on your profile to get the guy in and then up-sell with content from there.

When asked about what she sees in her DMs, Mati says she has seen things that no person should ever see and that her DMs is a war zone.

One memorable DM that stuck in her head was about a guy who offered her money to fart in a thong. She declined his request, however she mentions that if the price was right, she would have obliged.

When asked whether or not celebrities, athletes and entertainers have contacted her on Instagram, Mati says many have, although she won’t reveal any names.

Mati says the biggest misconception that people have of her is that she is ‘one dimensional’ and that she is just a ‘bird’.

She recently appeared on a Barstool podcast where she talked about her rise to internet fame.

Mati says she doesn’t like to wear a bra and guesstimates that her bra size is around a DDD.

Mati revealed that she had to part ways with her photographer and management because she alleged someone tried to steal ’30 racks’ from her.

In the future Mati says she want to be an actress and she plans to use all her earnings to make movies.

Her favorite burgers include the patty melt and the sweet and spicy from Whataburger and one of her favorite sauces for a burger is blue cheese.