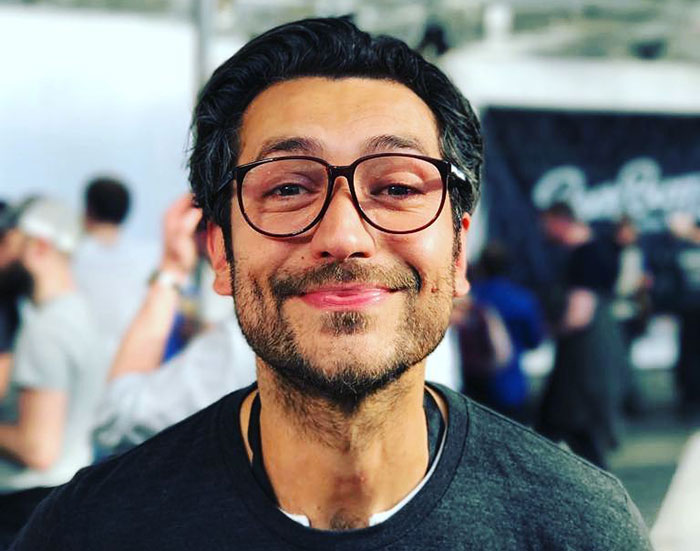 Logan Romero Plant was born on January 21st, 1979. He is an English singer and songwriter and the lead vocalist for the Black Country Bandits and the Sons of Albion and the son of Led Zeppelin’s vocalist, Robert Plant

Having spent time in pubs in his youth while with his father, Logan became interested in beer. He would eventually open a brewery, which he operates to this day.

Who is Robert Plant? 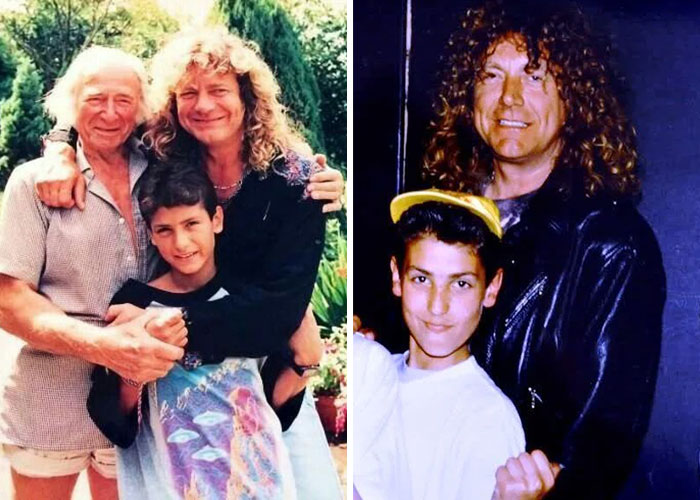 Robert Anthony Plant was born on August 20th, 1948, and is an English singer and songwriter. He is best known as the lead singer and lyricist of Led Zeppelin, a foundational band in modern rock n’ roll. He was with Led Zeppelin from 1968 until 1980, when the band split after the death of drummer Jon Bonham.

Robert Plant is mainly known for his vocal style and is widely considered one of the greatest vocalists in the history of rock. Robert Plant would be associated with multiple acts outside of Led Zeppelin, most notably Band of Joy, The Honeydrippers, and page and Plant with former Led Zeppelin bandmate Jimmy Page.

Currently, Robert Plant resides in Shatterford in Worcestershire, England. He spends his time doing good, such as donating money to help provide supplies to the frontline response to the COVID-19 pandemic.

Who is Logan Plant’s Mother? 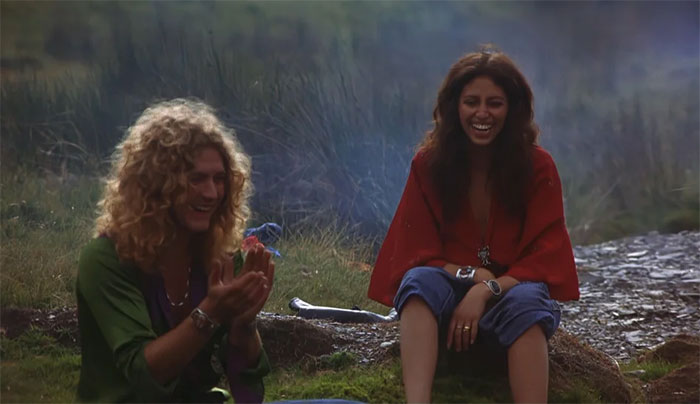 Logan’s mother was Robert Plant’s first wife, Maureen Wilson. Fans and magazines widely considered Robert and Maureen to be one of the attractive couples of the 1960s and 1970s.

Maureen Wilson was born in Kolkata, India, on November 20th, 1948. Should would meet Robert Plant at a concert in 1966. The two would stay together as Robert built his music career and she worked as a nurse. The two would wed on November 9th, 1968. Robert and his band, Led Zeppelin, would play earlier that day.

The couple would divorce in August of 1983. Even after their split, Robert Plant would maintain a close friendship with Maureen Wilson. 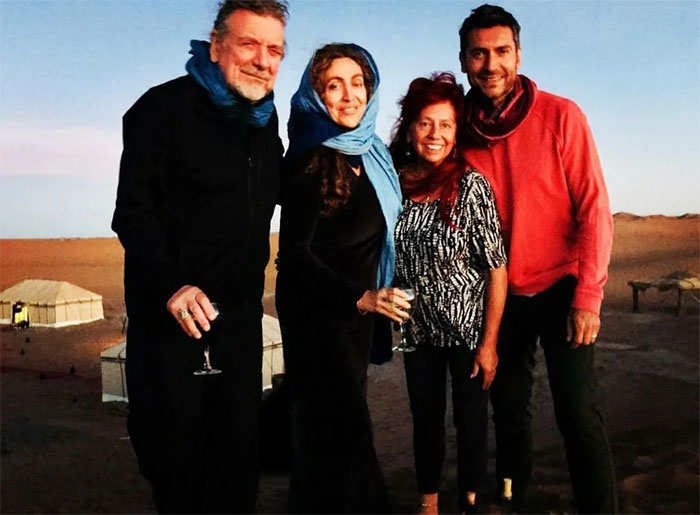 Who are Logan’s siblings?

Logan Plant had three siblings; Carmen Jane Plant and Karac Pendragon Plant, both of whom were from one mother, while the third sibling is Jesse Lee Plant from another mother. Regrettably, Karac passed away in 1977 from a stomach virus.

After the divorce from Maureen Wilson in 1983, Robert Plant would eventually have a child with Maureen’s sister, Shirley Wilson. This union produced Jesse Lee Plant in 1991.

What does Logan Plant do?

Currently, Logan Romero Plant runs the Beavertown Brewery based in Tottenham, London. The brewery was founded in 2011. As of 2020, the company launched a larger brewery to increase the size of its operation. Beavertown Brewery is mainly known to produce IPAs and seasonal beers.

What bands was he in?

Logan Romero Plant would tour with two bands for close to ten years. The first was the Black Country Bandits, while the other was the Sons of Albion.

The online presence of the bands is somewhat limited, and all indications show that Sons of Albion was only active for about two years despite a positive reception.

The last release from the Sons of Albion was the EP for “Take A Look” and “Castles in the Sky” in 2009.

However, there is some indication they were still playing together as of 2014, but to a limited degree.

Logan said getting married and having kids he had to shift his priorites from making music to providing for his family.

He mentions in an interview that since the age of 20 he had a dream about starting a brewery:

I’d always had a bit of dream about starting a brew from the age of 20. And you just have one of those moments in life where you’re like, you know what? I need to go for this. I got to shoot for my dreams and see if we can achieve it.

So we did, and I started home brewing. And the correlation between the two is expression. I just find that there’s real similarities about how you want to express yourself. And we do that now through the beer,

What did Logan Plant do after music?

Currently Logan Plant spends his days running a successful brewery in London. The original brewery was initially part of a BBQ restaurant called Duke’s Brew & Que but has quickly expanded beyond that initial concept.

The latest expansion has been dubbed Beavertown and delivers an estimated 90,000.000 pints yearly.

Logan Plant is also quite open to interviews about his life with his famous father, career, and beer. He was also quite forthcoming about the challenges of COVID-19 on his brewery. 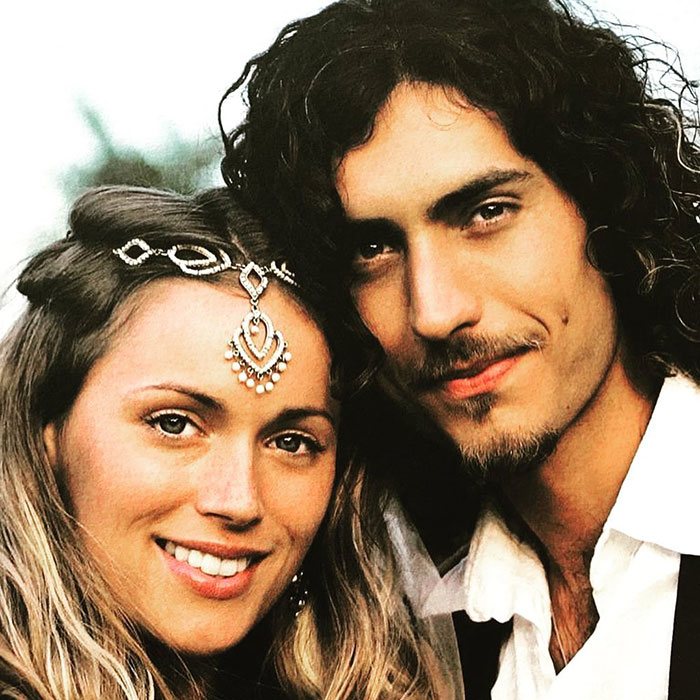 Bridget is an entreprenur and run the perfume label ALTRA, which promotes sustainability in their product lines.

Does Logan Plant have kids?

Logan Plant and Bridget Plant have two children. As for their names, those details have been kept private. Occasionally his children can be seen on social media in photos, but they have yet to be named in the posts.

Does Logan Plant have social media? 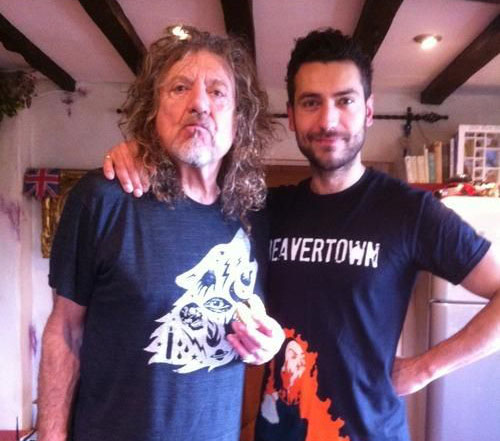 As for Logan Plant, he can be found on Instagram and LinkedIn.