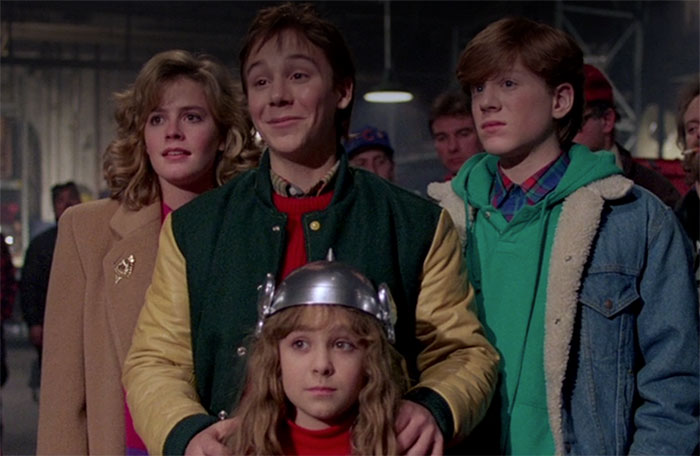 There’s nothing like a classic 80s movie. They always make you feel that sweet pang of nostalgia for the good old days. One that toed that line of a comedy for teens and borderline crime movie for adults was Adventures in Babysitting.

Packed with faces you still see on your screen today, this was the directorial debut of none other than Chris Columbus and was a movie that catapulted the career of Elizabeth Shue.

It’s been 35 years since the film graced theaters, and the teens who watched the movie when it came out have their own kids that are ready to watch the movie. Feel old yet?

What is the movie about?

There’s no better movie plot for teenagers than a babysitting gig gone horribly wrong. For Adventures in Babysitting, things go from bad to worse for 17-year-old babysitter Christina (Chris) Parker. After being dumped by her boyfriend, Chris is asked to babysit a couple of kids while their parents go for a fancy night out.

When her best friend Brenda calls to say she needs help after running away from home, Chris decides to take her charges Brad and Sara (and Brad’s friend Daryl, because why not) to pick Brenda up. After getting a flat tire the kids get sucked into many antics and shenanigans trying to get the car fixed and get everyone home in one piece – and all before Brad and Sara’s parents get home.

With a budget of only $7 million, Adventures in Babysitting managed to bank over $34 million at the Box Office, making it quite the success. The movie had decent ratings when it came out and holds steady with a current IMBD rating of 6.9/10 stars, a Rotten Tomatoes score of 69%, and a 70% audience score. As with a lot of our favorite 80s and 90s movies, Adventures in Babysitting is one of those cult classics we all secretly love to love. Now that we are all pumped up talking about 80s movies, let’s see what the cast has been up to. 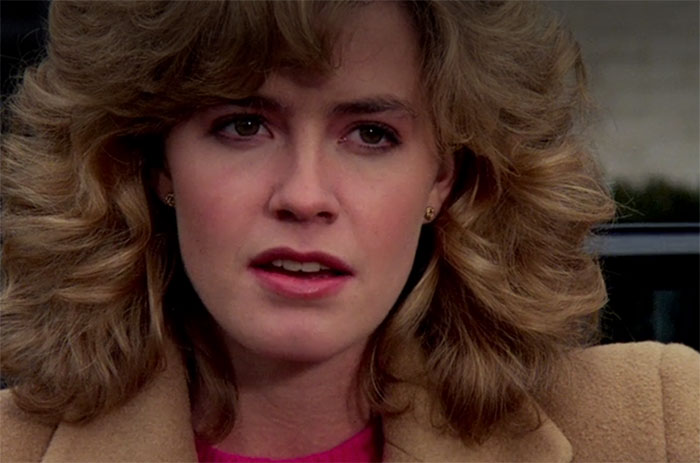 By the time Elizabeth Shue starred as Christina in Adventures in Babysitting she already had three movies under her belt. Part of some notable franchises that don’t have the word “Star” in them, Elizabeth played Ali Mills in The Karate Kid and Jennifer Parker in Back to the Future parts II and III. 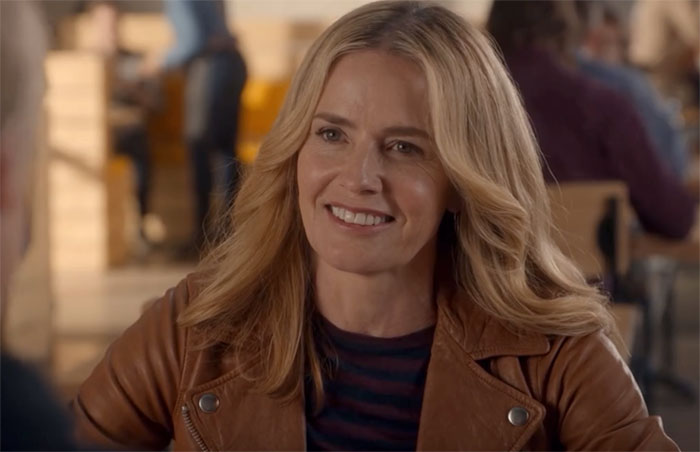 Shue has been working steadily and nonstop since her first role in 1983’s TV film The Royal Romance of Charles and Diana. If you’re feeling nostalgic for her Karate Kid days, you can see her in some guest spots on Cobra Kai with her karate pals Ralph Macchio and William Zabka. 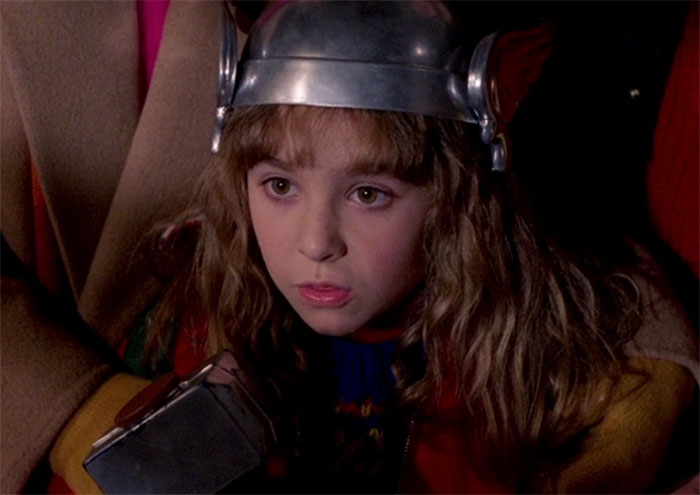 Another Back to the Future alum who starred in Adventures in Babysitting as Sara Anderson is Maia Brewton. Maia made her TV breakout in 1984 and appeared in shows like Blue Thunder, Matt Houston, and Lime Street.

She took a long break after her 1990-1993 TV show Parker Lewis Can’t Lose, making only two more on-screen appearances. An almost ten-year break led to 2002s Is This Your Mother? and the last time we’ve seen her on screen was in 2015 when she popped up in the TV show Odd Mom Out. 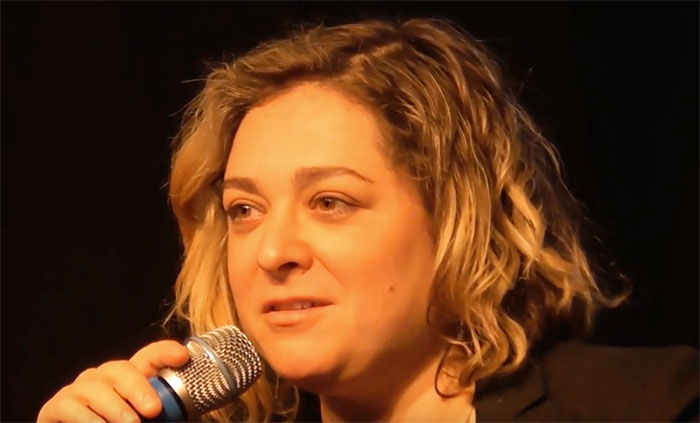 Since then she has stayed out of the spotlight, opting to live the good life with her partner while they raise their twin boys. 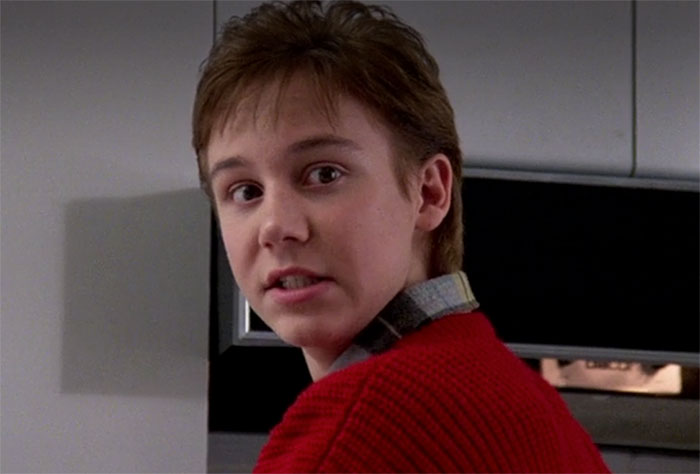 Before Keith Coogan was of no help to Christina Applegate in Don’t Tell Mom the Babysitter’s Dead, he was Brad Anderson in Adventures in Babysitting. From 1981 to 2001 Keith was on screen steadily about every other year. 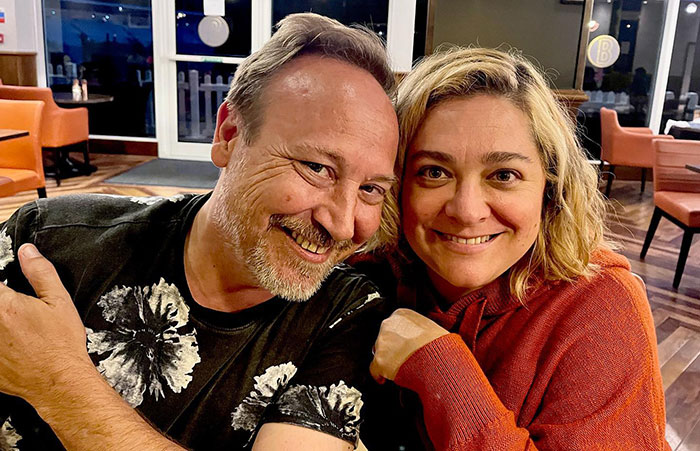 Things have slowed down for Coogan, who appeared in just three projects in the last decade, with the last having him play himself in 2019s Jay and Silent Bob Reboot. 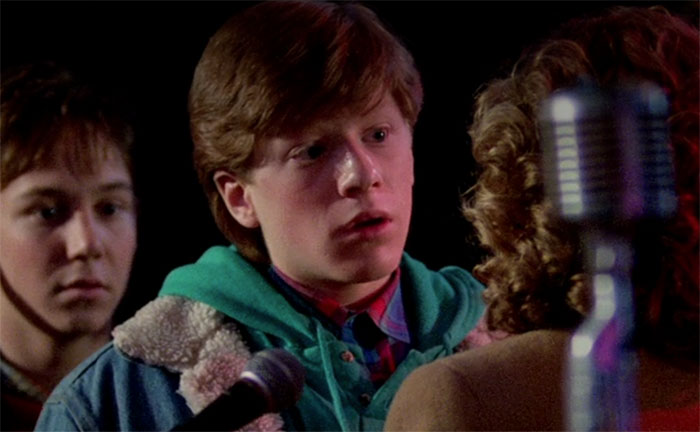 Star of TV, film, and Broadway, Anthony Rapp has been extremely busy since his appearance as Daryl Coopersmith in Adventures in Babysitting. He’s had a guest spot on every kind of show, from Spin City to The X-Files to Law & Order: SVU to 13 Reasons Why. If you think you’ve seen him pop up in a movie or show, you have. 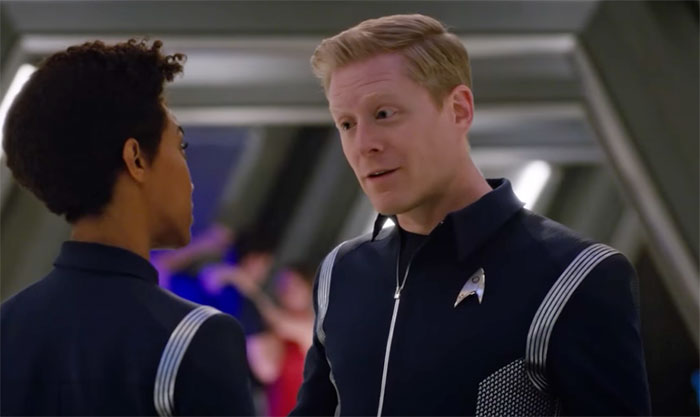 Born and raised in the Windy City, Rapp is still a fan of the Cubbies, and was able to throw the first pitch for a game in 2016. These days Rapp is enjoying life with his fiancé Ken and beaming up your TVs in the seventh installment of the series Star Trek: Discovery. 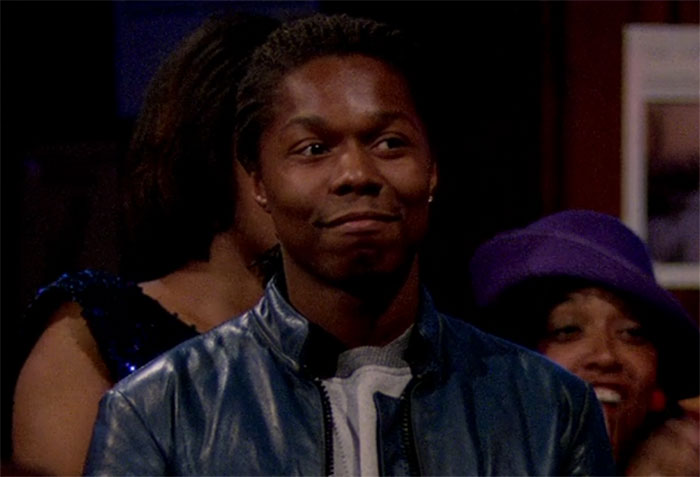 Playing the thief Joe Gipp who nicely gives the kids a ride in the car he’s stealing, Calvin Levels had already been in a handful of movies and TV shows. After Adventures in Babysitting Calvin appeared in numerous movies throughout the 80s and 90s like Monsters, Johnny Suede, Hellbound, and the dark comedy 8 Heads in a Duffel Bag. 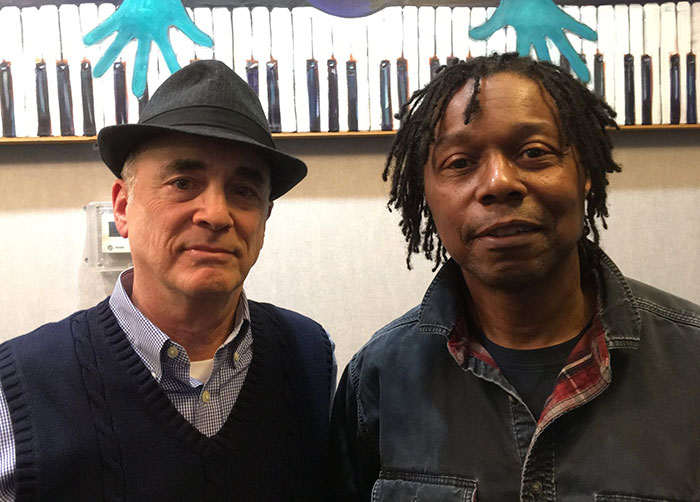 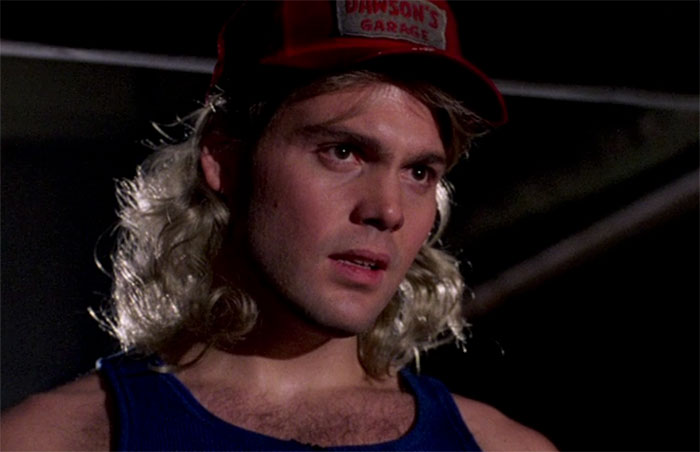 Before Vincent D’Onofrio spent his time catching the bad guys on Law & Order: Criminal Intent, he was boss man Dawson in Adventures in Babysitting. Vincent’s acting credits are too numerous to list as he has been in a constant lineup of TV and movies since the 80s. But some highlights would be Mystic Pizza, Men in Black and Men in Black II, The Cell, The Break-UP, and Jurassic World. 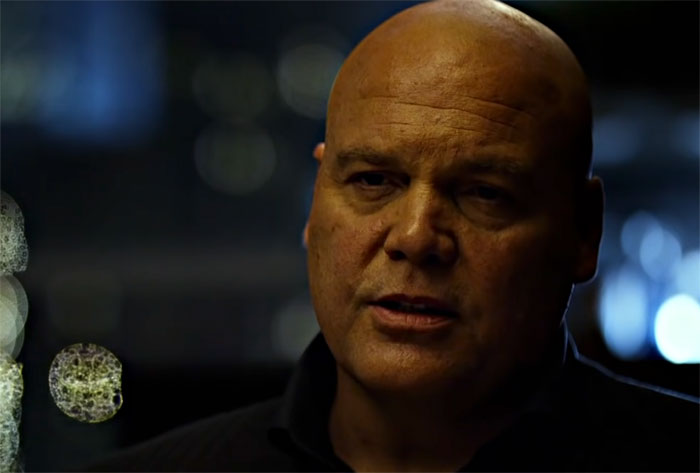 From making music to directing to voiceovers for video games, D’Onofrio has been extremely busy since his Babysitting days. He has four projects set to be released through 2024, including playing ‘Kingpin’ in Marvel movie and tv shows, so he isn’t showing any signs of slowing down. 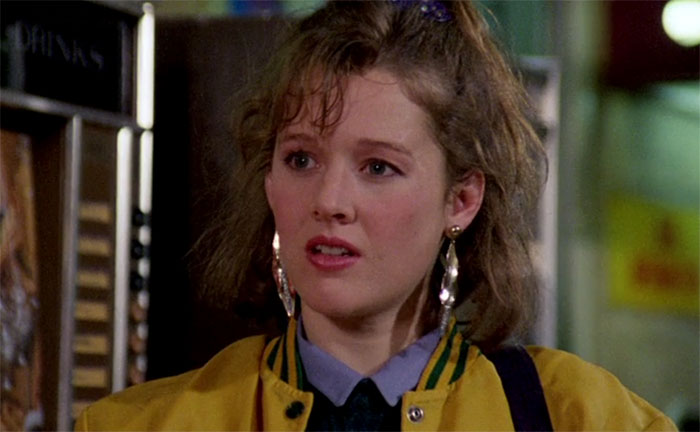 Since adventuring, Brenda has been in some of your favorite childhood oldies but goodies like Big Top Pee-wee and Kindergarten Cop. 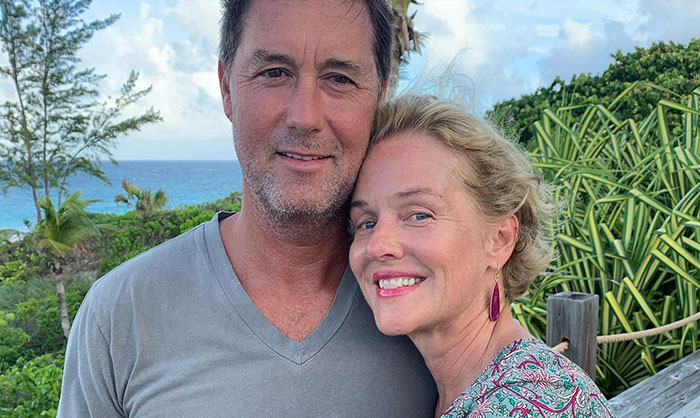 Her more serious side snagged her roles in movies like Carlito’s Way and Along Came a Spider. Penelope has three projects in post-production, so she’ll be coming to a theatre (or couch) near you over the next few years. 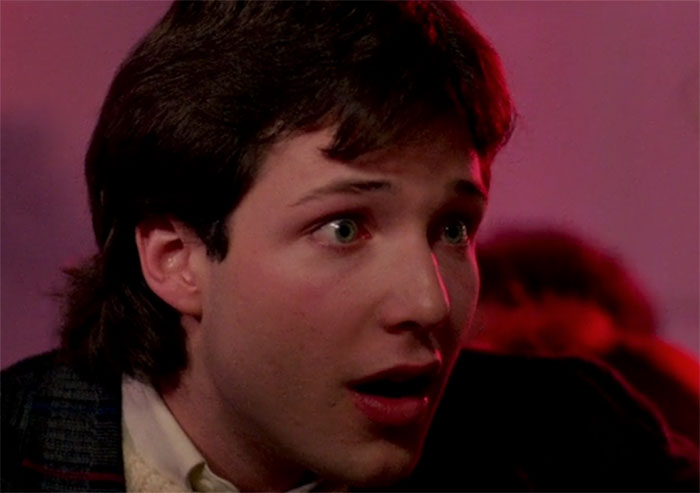 Since playing the college kid Dan that saves Chris’s night in Adventures in Babysitting, George Newborn’s career hasn’t stopped. You might know him as the Yeti guy Danny from Friends or Charlie from Scandal depending on what generation you’re from, but you loved him as Bryan McKenzie in the Father of the Bride movies. 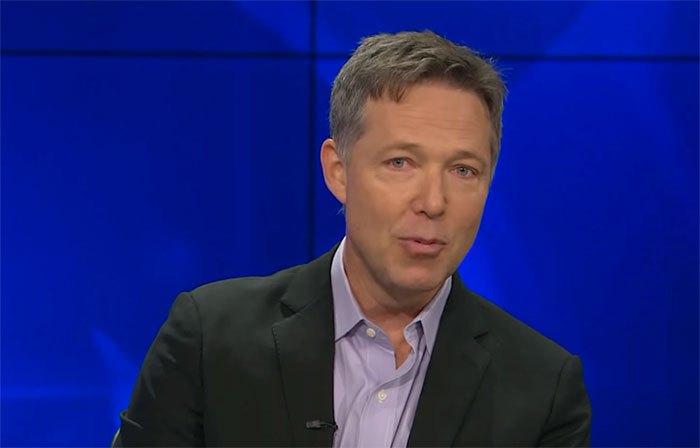 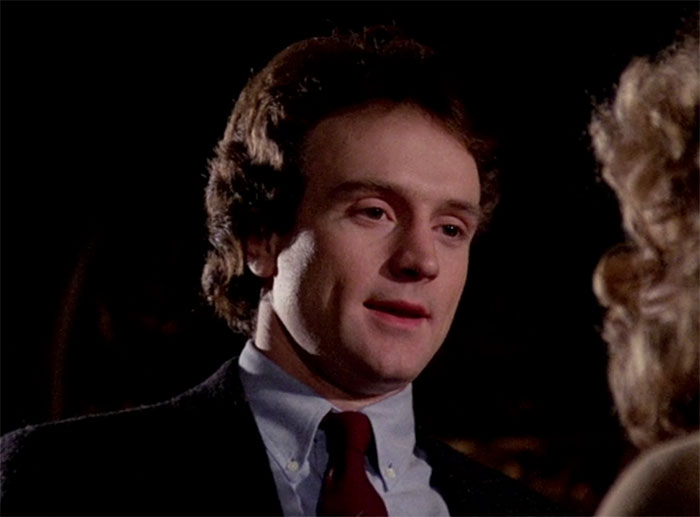 Saving the best for last, Bradley Whitford has had our hearts since before he broke Chris’s as Mike Todwell in Adventures in Babysitting. What has Whitford been up to since then?

Well, starring in some major 90s hits like Philadelphia, The Client, and Billy Madison. If there was a TV show in the 90s, 2000s, 2010s, or 2020s, Whitford has appeared in an episode somewhere. Ellen, The X-Files, and ER all were lucky enough to have him give them a guest appearance 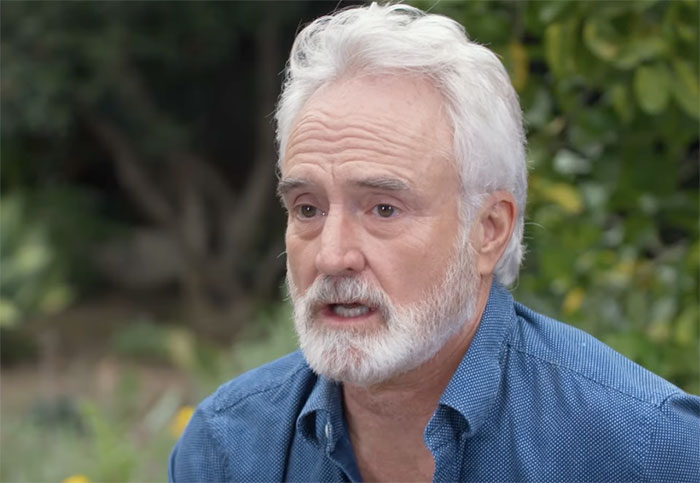 His longest-running TV spot was from 1999 to 2006 as Josh Lyman on The West Wing where he was nominated for three Golden Globe and three Emmy awards, winning one Emmy. He is currently our favorite (and only respected) Commander Joseph Laurence on The Handmaid’s Tale. 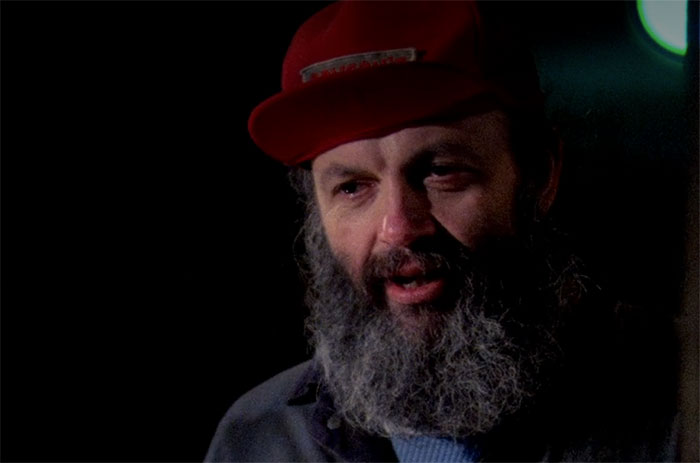 John Ford Noonan played the tow truck driver who really tried to help the kids out in Adventures in Babysitting. While this wasn’t John’s first film (or his last) acting wasn’t what he was solely meant to do.

Nominated for two Emmy’s and snagging one win, Noonan also grabbed a nom for a Pulitzer Prize for his theatre production of The Year Boston Won the Pennant and penned more than 35 plays over the decades.

Sadly, we lost John Ford Noonan and his brilliance in late 2018 to heart failure.