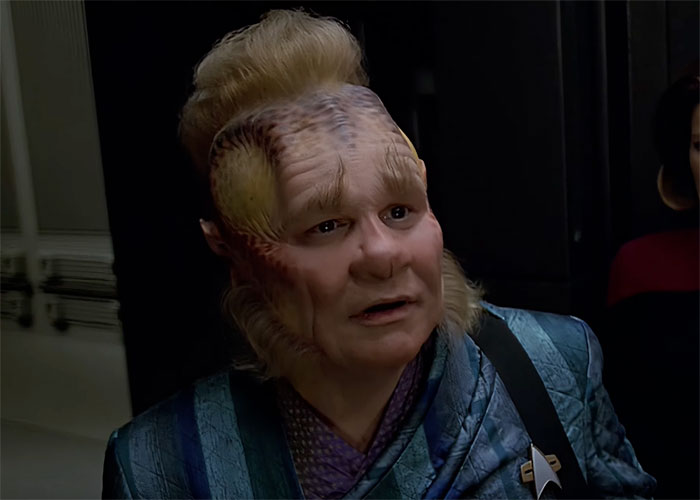 If you watched Benson back in the 1980s or were a Star Trek fan in the 1990s, Ethan Phillips might be a familiar face to you. Perhaps best known for playing the role of Neelix on Star Trek: Voyager Ethan Phillips has a career that has lasted decades in several TV, film and stage roles. So, what’s he been up to recently? Let’s find out.

Ethan Phillips is an actor and a playwright who was born in Garden City, New York on February 8th, 1955.

Growing up in New York, Ethan and his sister would often go to Broadway to check out shows and he was always fascinated by the idea that people could make a living by doing something ‘so cool’.

Although his original plan in college was to graduate and become a teacher, his girlfriend at the time convinced him to audition for some plays. Ethan admits that was the moment he caught the bug and decided he wanted to become an actor.

He graduated from Boston University with a bachelor’s degree in English literature and received a Master of Fine Arts from Cornell.

Ethan Phillips started his acting career performing in off-Broadway theaters in New York City. He would go on to win an award for Best of the Actors’ Festival in 1977.

For his performance in a revival of Eccentrics of a Nightingale, playwright Tennessee Williams wrote a new monologue specifically for Phillips.

Phillips would continue to perform in theater productions throughout his career and still performs on Broadway to this day. In recent years, he has been in plays such as Junk and All the Way Opened. 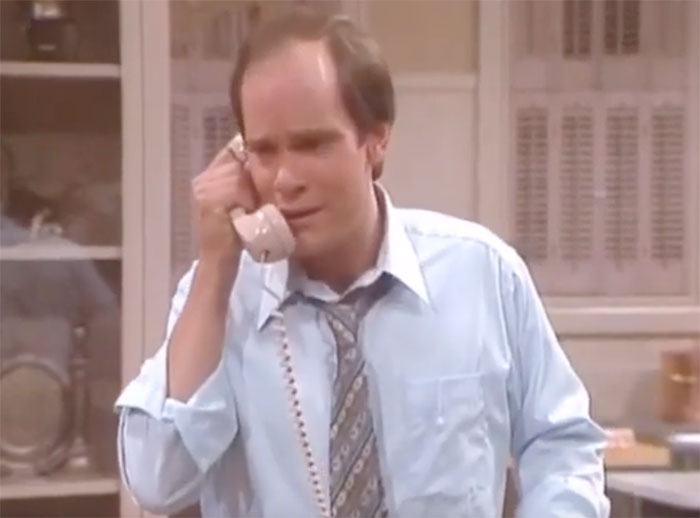 In 1980, he would land his first television role, playing the role of PR Man Pete Downey on the sitcom Benson. He would join the cast starting in season two and he would remain in the role for five seasons until the show’s sixth season in 1985. 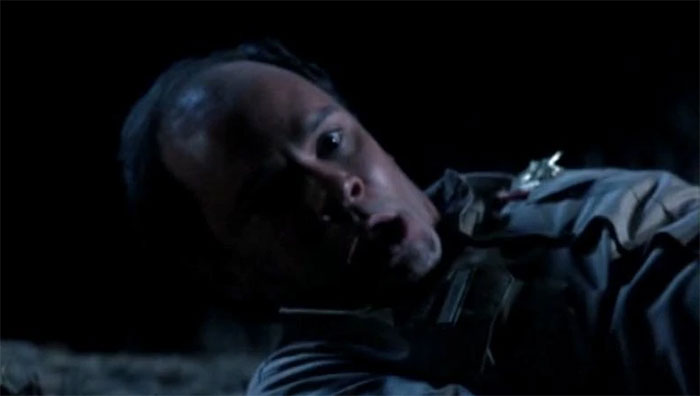 After leaving Benson in 1985, he would appear in the 1986 sci-fi comedy horror movie Critters playing the role of Jeff Barnes, a local deputy who is attacked by the titular creatures. Though the film wasn’t a critical darling, it has gained a cult following among horror movie fans and has spawned a franchise including three sequels, a reboot, and a web series. 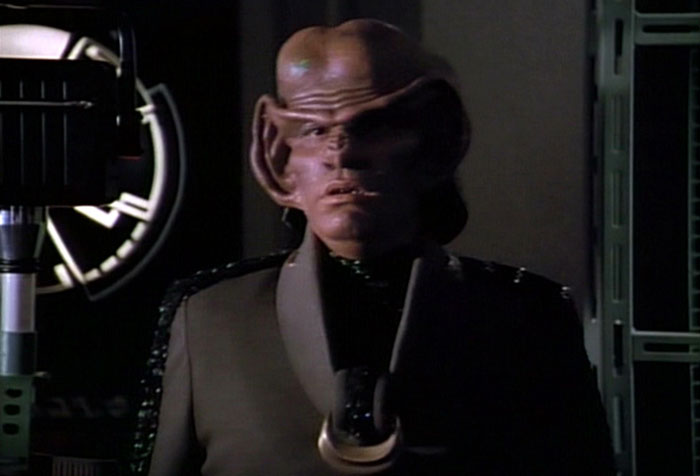 While he may be most known for playing Neelix on Star Trek: Voyager (we’ll get to that more later) Ethan Phillips actually got his start playing the role of Dr. Farek on a 1990 episode of Star Trek the Next Generation.

In the episode, titled, “Ménage à Troi,” Ethan Phillips plays the role of a Ferengi physician who is tasked with performing invasive scans of Lwaxana Troi’s brain to figure out how her telepathic powers work before he’s stopped by William Riker and Deanna Troi.

Ethan Phillips’ next Star Trek role was in an uncredited role in the film Star Trek: First Contact, playing a maître d at a nightclub in one of Captain Picard’s holodeck programs.

This bit role occurred a year after he started in the role of Neelix on Star Trek: Voyage and this cameo is a nice easter egg for Trek fans everywhere. 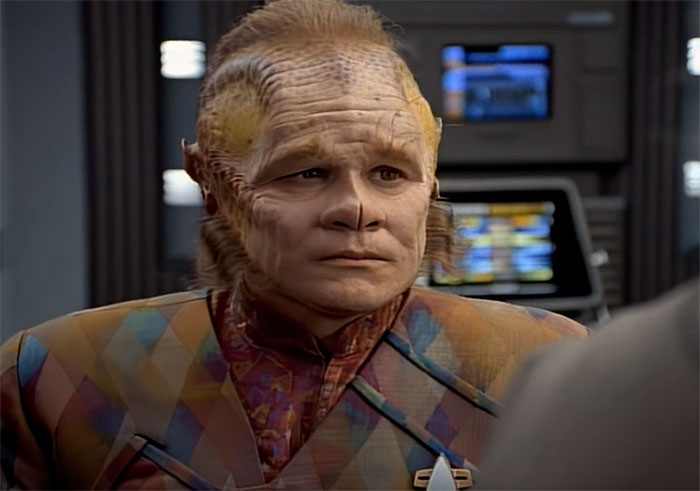 Of all of the Star Trek roles that Ethan Phillips has played, Neelix was the longest-running and most well-remembered. Playing the character for the entirety of the show’s run, Neelix was the ship’s cook who was rescued in the pilot episode.

As the show went on, his character would eventually get promoted to Morale Officer and Chief Ambassador. Although his character actually departs the show a couple of episodes ahead of the finale, he does return for a cameo in the final two-part episode of the series.

What Do Star Trek Fans Think of His Character? 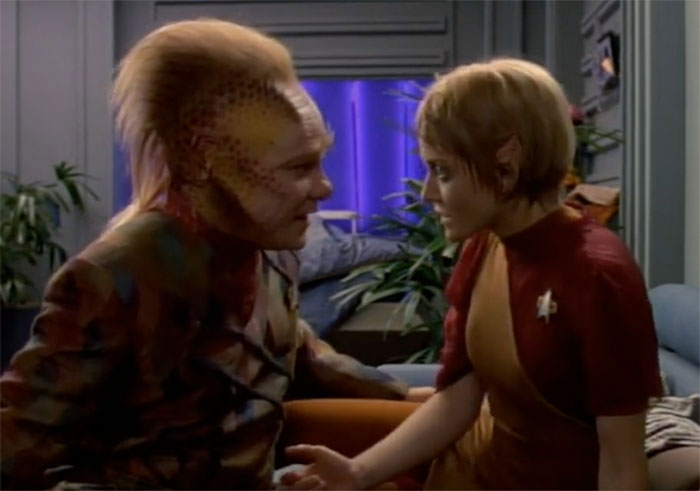 Despite his longevity on the show, fans are mixed about the character in general. On the one hand, some feel that he’s one of the better-developed characters on the show, citing such instances as his growth as a character while he deals with such things as being a refugee somewhere that feels alien to him and struggling with PTSD due to traumatic things that happened to him earlier in life.

On the other hand, he’s received a lot of criticism for being too talkative and annoying, to the point that he’s considered one of the worst characters in some circles. That being said, even his detractors have mentioned that his character does get better as the show progresses and on repeated viewings, can be seen as one of the better characters not only on the show but in all of Star Trek. 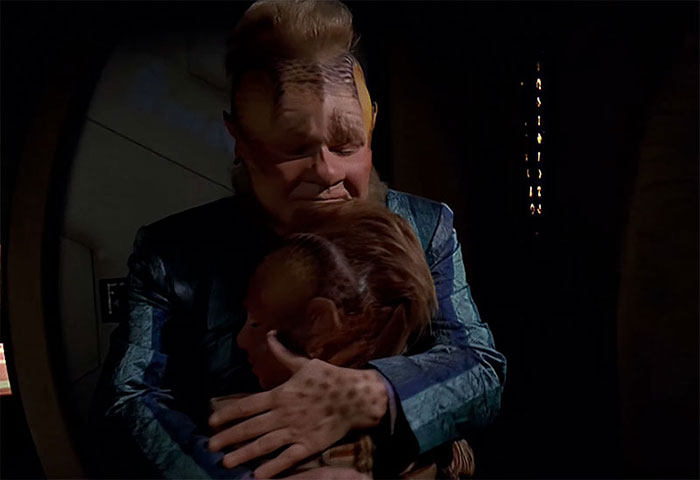 Looking back at his time on Star Trek Voyager, Ethan thinks his character was well written and developed and was happy where the character ended up.

He mentions two episodes which were pivotal to Neelix’s story arc, ‘Mortal Coil‘ and ‘Jetrel‘. In Mortal Coil, he says it was the deepest episode for Neelix and it was in that episode that he threw away the baggage that he was hanging on to. In Jetrel, he says Neelix took off his mask and showed who he really was.

In regard to Star Trek Fans, he says they are an amazing and un-cynical group of people. He attributes the hopeful nature of the fans to the Star Trek ethos, where morality and ethical behavior is paramount.

What Is Ethan Phillips Doing Now? 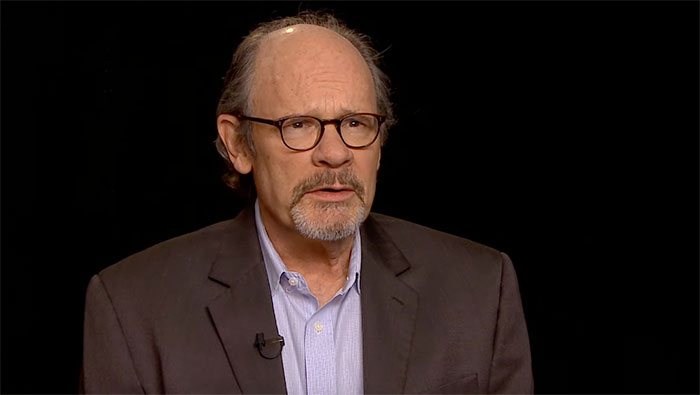 Ethan Phillips kept busy after Star Trek: Voyager’s cancellation in 2001. He continued to act in over 100 of roles in TV, film, and stage and has lent his voice to numerous projects in television and video games. 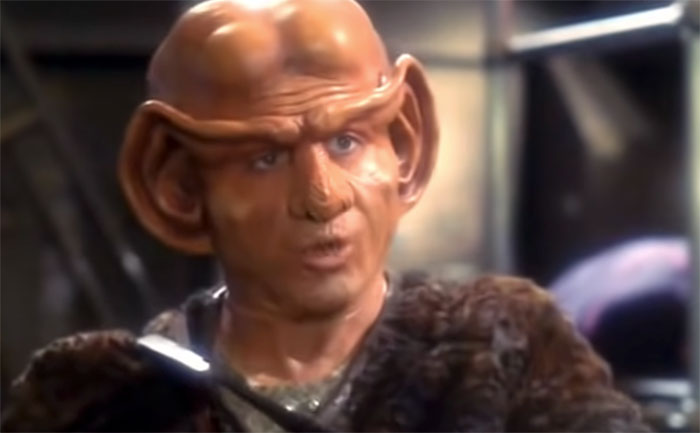 In 2002, one year after Star Trek: Voyager was canceled, Ethan Phillips once again dawned the Ferengi makeup in the Star Trek: Enterprise episode ‘Acquisition’. Ethan played the role of Ullis, the ringleader of a group of thieves who infiltrate the Enterprise in search of valuables to steal before being caught and sent away by Captain Archer.

In 2005, Ethan played the part of Jones Three Echo, in the Michael Bay directed, The Island. The movie stars Scarlett Johansson and Ewan McGregor and is about two individuals navigating a existential crisis in a dystopian future. 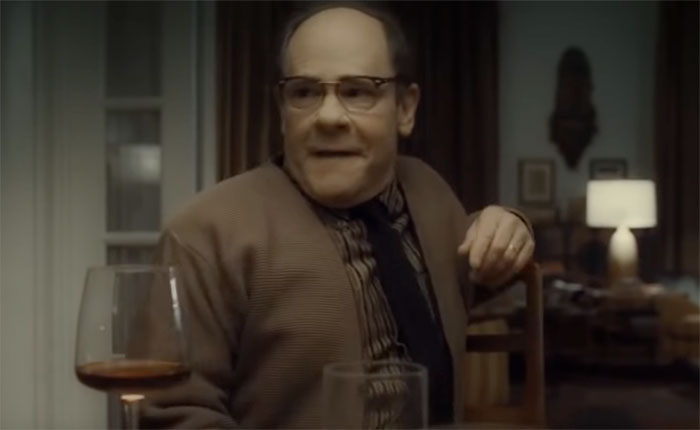 In 2013, Ethan was part of the ensemble for the Cohen brother’s movie Inside Llewyn Davis. He would play the part of Mitch Gorfein. The movie was about the Greenwich Village scene in the 60’s and was critically acclaimed and was nominated for two Academy Awards and was widely considered one of the best movies of the year. 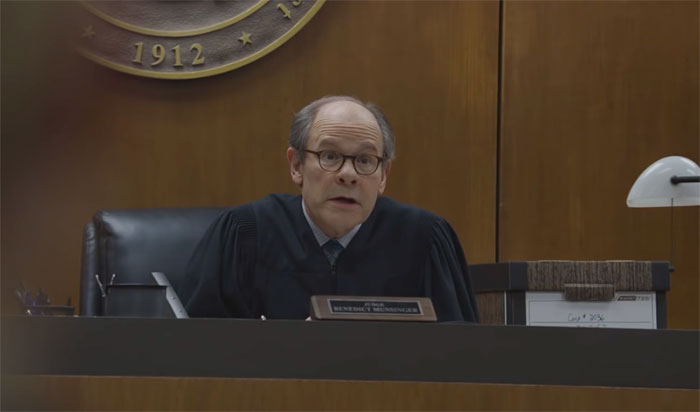 In 2018, he played the part of Judge Benedict Munsinger in ‘Better Call Saul’. 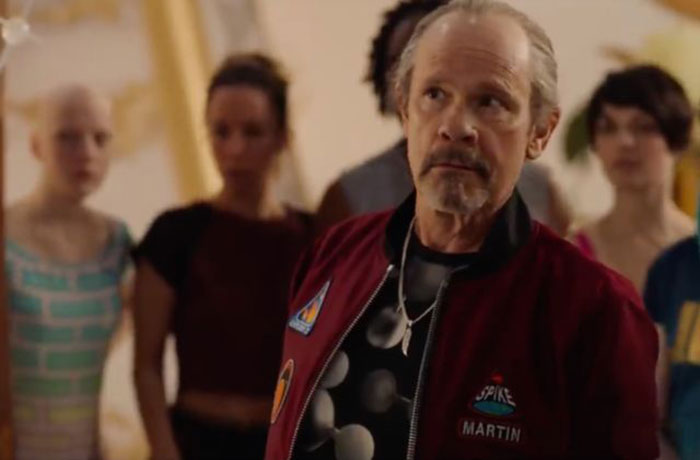 His latest project was in 2020, for the television series Avenue 5, where Ethan plays the role of Spike Martin. The science fiction comedy series stars Hugh Laurie and is about space tourist onboard a interplanetary cruise ship that gets tilted off course.

On Broadway, he’s been most recently seen in the show Junk: The Golden Age of Debt, playing the role of Murray Lefkowitz.

In 1999, Ethan Phillips teamed up with William J. Birnes to release the Star Trek Cookbook. This is a cookbook that Phillps wrote in character as Neelix to walk you through how to create your favorite interstellar cuisines that everyone can enjoy from humans to Klingons.

Ethan Phillips is not afraid of embracing his past as a Star Trek character, appearing at conventions regularly, with his schedule only really stopping down during the recent pandemic.

In 2022 he attended the 56-Year Mission Las Vegas convention and is scheduled to appear at the Destination Star Trek – Germany convention and the London Comic Con.

The week-long cruise leaves Los Angeles and heads to a few different ports of call in Mexico before heading back.

Ethan Phillips has been married to Patricia Cresswell since 1990. The couple have three children together.

However, further information about his family remains private, as Phillips prefers to keep a zipped lip on his personal life. 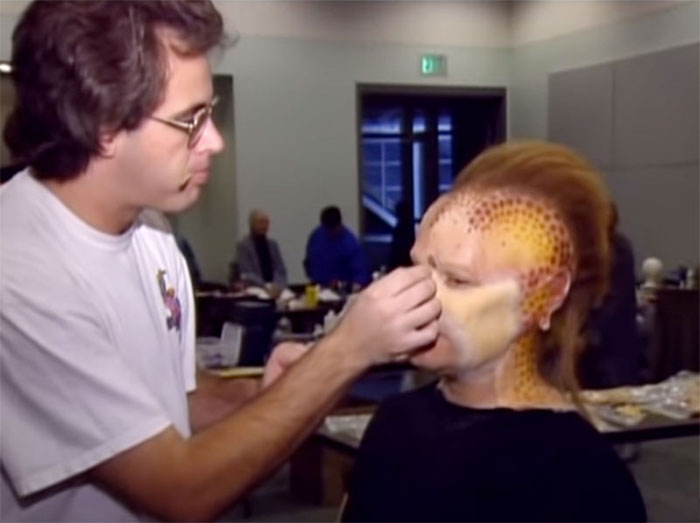 1. Ethan reveals that it took 5 hours everyday to put on and take off the makeup for Neelix and was extremely tedious. He couldn’t sleep in the makeup chair and so on days when they were shooting, he would be up for 18 hours.

2. Ethan Phillips and Robert Picardo have known each other since 1977, during their New York theater days. The appeared together in the 1994 film Wagons East.

3. Ethan Phillips was a life long smoker and gave up the habit in 2005. In many interviews he can be seen chewing nicotine gum. 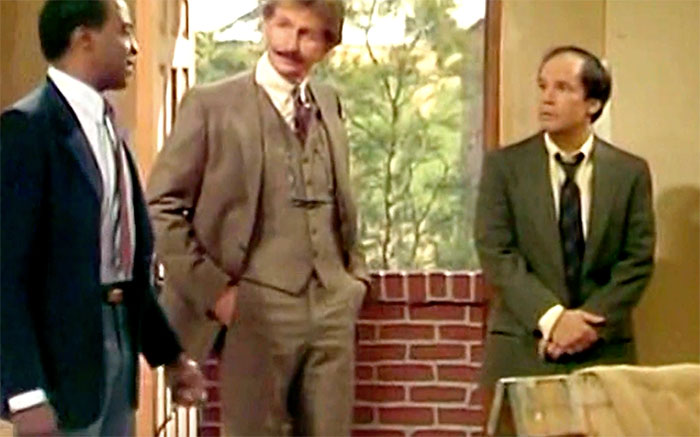 5. Scarlett Pomers has mentioned that one of her favorite episode of Voyager was “Once Upon a Time”. She says during filming she almost cried because Ethan Phillips acting and display of emotions was so phenomenal.