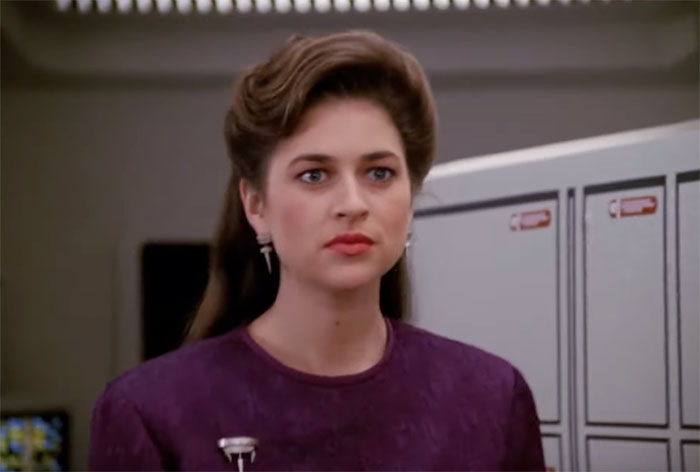 Susan Gibney is one of many people who became celebrated for their connection to Star Trek. Her best-known role is playing Dr. Leah Brahms on Star Trek: Next Generation. She has also been in different television and movie roles.

Gibney is a California native whose family moved to Webster in western New York. She graduated from Webster Schroeder High School in 1979. A college graduate, Gibney attended Buffalo State College, majoring in theater. She later got her MFA from the Yale School of Drama.

She was born on 9/11/1961 and is now 61 years old. Her parents divorced when she was young. Gibney is one of eight children and stands 5’7”. Her astrological sign is Virgo.

After graduation, Susan appeared in several plays, such as Tartufe (1992) at Connecticut’s Hartford Stage. She cut next her teeth with off-Broadway roles in New York.

Gibney has been active in film, theater, and television since the late 1980s. Her first credited T.V. role was in Spenser for Hire. Other acting gigs include Columbo (1989) and an episode of L.A. Law. Film parts include The Waterdance (1992) and 2015’s horror movie We Are Still Here.

In the series Diagnosis Murder, Gibney had two roles. One lasted for an episode, the other a recurring role. 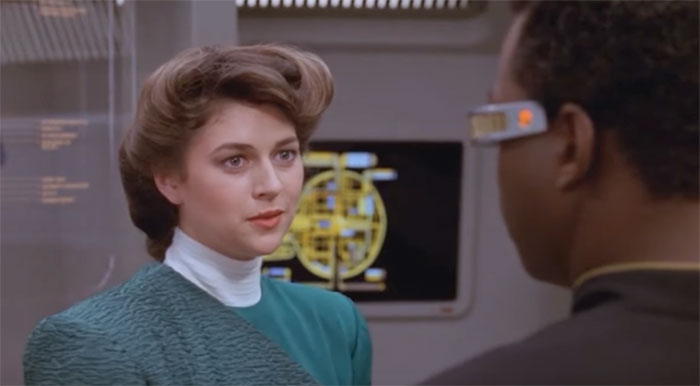 Gibney’s involvement in Star Trek started with two episodes of The Next Generation. She played Dr. Leah Brahms, a flinty warp drive engineer responsible for the Enterprise’s warp engines.

Her character was seen on two episodes – “Booby Trap” and “Galaxy’s Child.” In the first episode, the Enterprise finds an ancient warship among a planet’s rubble in the first episode. A dormant booby trap ensnared the ship, draining the ship’s engines and showering radiation.

Lieutenant LaForge discovers Brahms’s information in the ship’s memory. He creates a holodeck image of her to help him find a solution. He then imbues Brahms’s A.I. with her tough, smart personality. Together, they solve the Enterprise’s dilemma.

In “Galaxy’s Child,” the real Dr. Brahms travels to the Enterprise. She and Lt. LaForge clash over how he cares for the warp engines. She angrily discovers LaForge created a holodeck program. The program helped rescue the crew in “Booby Trap.”

LaForge then created a virtual affair, not knowing Brahms was married. They patch up their differences to free the ship from a space-borne energy-sucking life form and its offspring. 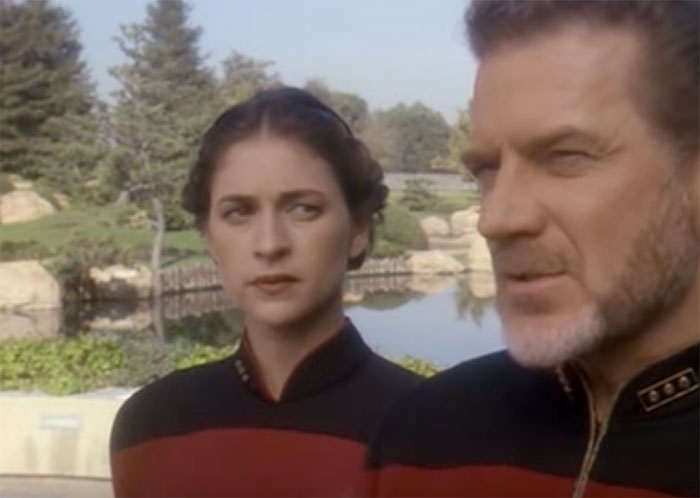 After her TNG stint, destiny had more Trek coming Gibney’s way. 1996 brought an appearance on Deep Space 9. She guest starred as Commander Benteen in the two episodes – “Homefront” and “Paradise Lost.”

Gibney’s character was the adjutant of a Star Fleet Admiral using war to cover up his political plotting. The DS9 crew uncovered the plot – traveling to Earth to expose it. The Admiral ordered Benteen to stop them. Once she realized the truth, the Commander defied the order, siding with the crew.

Gibney almost achieved Trek greatness three times. She auditioned unsuccessfully for three of the most well-known characters. Her first brush was Captain Janeway, followed by Seven of Nine. Gibney also tried for the Borg Queen in the movie Star Trek: First Contact.

The actress also auditioned for the roles of Tasha Yar and Deanne Troi. Alas, this was not to be! 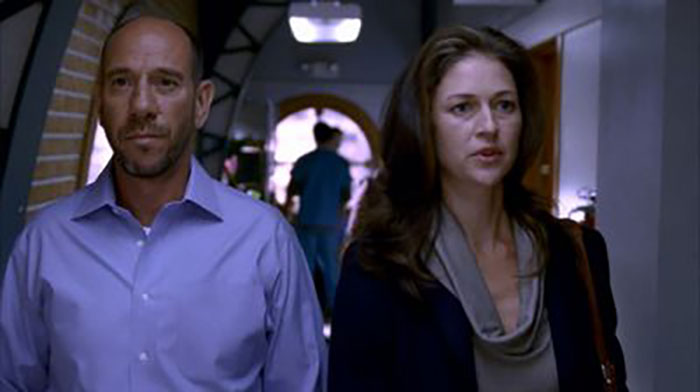 Following her Star Trek roles, Gibney acted in T.V. roles and a smattering of movies. Her first role was in the short-lived The Fearing Mind for six episodes. Crossing Jordan was a recurring role for Gibney – from 2002 to 2007 as DA Rene Walcott.

Her last ongoing sitcom was Happy Family (2003) for one season. She played a middle-aged woman dating a neighbor’s younger son.

What is Susan Gibney doing now? 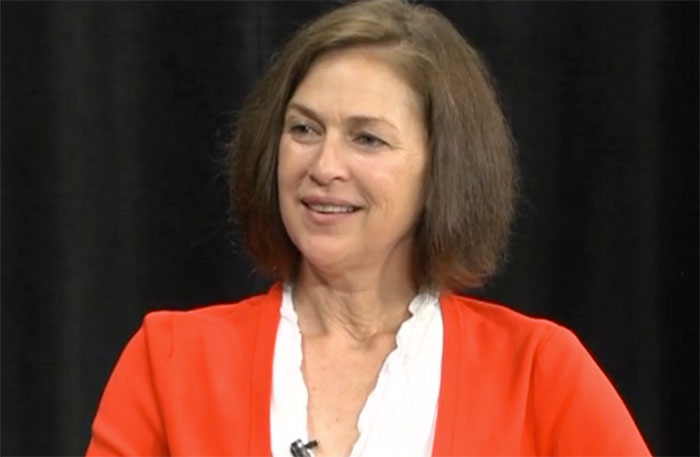 Susan Gibney has retired from acting for the most part. In 2004, after becoming pregnant with her daughter, Gibney moved to her mother’s home town of Webster, New York. She stated that she moved because Los Angeles was not a suitable environment to raise kids. She specifically mentioned that the education system in Los Angeles was not very good, unless you can afford an expensive private school.

She did however reprise her role as Leah Brahms in a 2022 episode of Star Trek Lower Decks. Instead of the steely engineer, she played a steamy one. Is it nerd love?

Gibney has focused her efforts on teaching acting instead of being an actor. Her business, Rogue Acting Training, is located in Rochester, NY. 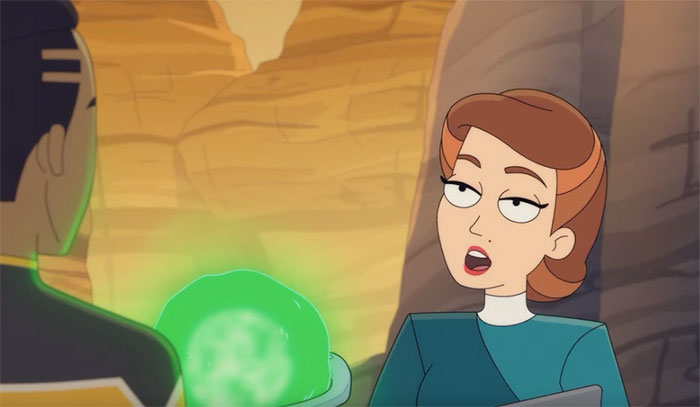 Unlike many stars today, Gibney has kept this part of her life quiet. No sources mention a divorce. There is not much information on the web or social media. She holds a Twitter account – @susangibney911 –, but there have been no tweets since 2018.

Gibney has two children. Her daughter Samantha came first in 1992 and another in 2004.