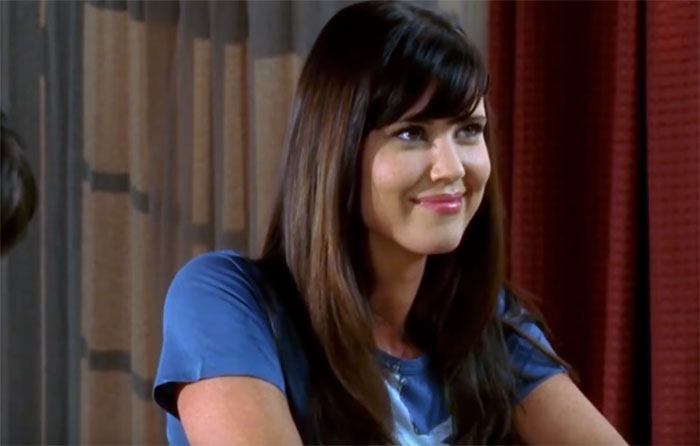 Sarah Lancaster is an American actress who has been in the industry since 1993 and is best known for her roles in Saved by the Bell: The New Class, Chuck, and Everwood.

She was born in Overland Park, Kansas, on February 12th, 1980. When she was ten years old, Sarah Lancaster moved to Mission Viejo, California.

She was raised along with her younger brother Daniel Lancaster by her parents, Michael and Barbara. Michael was employed in real estate, while Barbara was a teacher. Shortly after moving to California, Sarah began to take acting classes and landed a talent agent rather quickly. She would start her career at 13. She attended and graduated Newhart Jr. High in Mission Viejo shortly after.

Already a professional actress as a teenager, she was educated on set with a tutor. She took classes at U.C. Irvine following the production of one series to expedite her high school education. 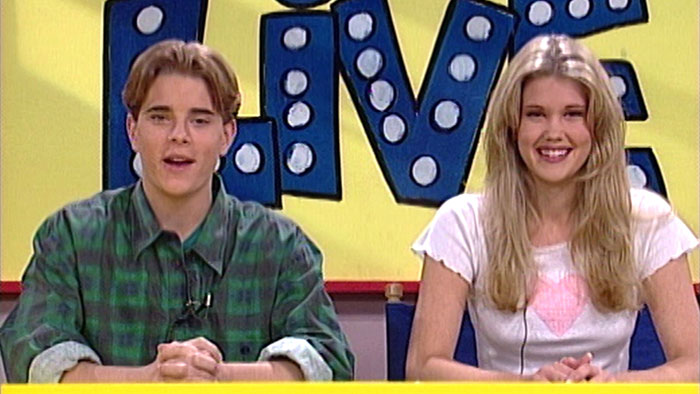 Sarah Lancaster’s first job as an actress was also one of her more recognizable when she joined the cast of Saved by the Bell: The New Class as Rachel Meyers. She was 13 at the time.

She would start with a guest appearance in the season one episode “Swap Meet” in 1993 but be promoted to series regular from season two to the end of the show in 1996. She would appear in 78 episodes throughout the series. 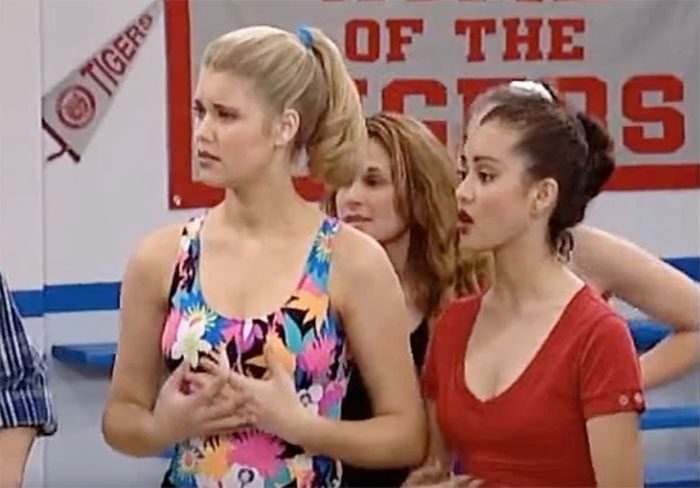 The character, Rachel Meyers, would draw parallels to the characters of Kelly Kapowski and Jessie Spano from the previous series. She would costar in the series alongside Samantha Esteban and Natalia Cigliuti.

Following Saved by the Bell: The New Class, Sarah Lancaster would make brief appearances on other shows such as Unhappily Ever After (1997) and Pacific Blue (1998) until she landed her second regular series role in Undressed in 1999. 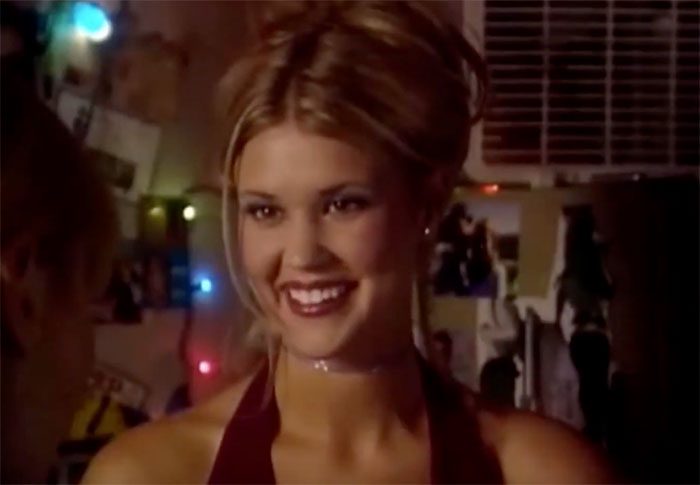 Though her time on Undressed was short-lived, it was her second leading role in a television series, which continued to provide her with further opportunities. Undressed was a popular relationship comedy and drama that ran on MTV. She would play Liz in 13 episodes across the first season.

Sarah Lancaster would make appearances across significant series in the early 2000s and TV films and movies. She made her movie debut in the 1999 slasher film Lovers Lane which was based loosely on the urban legend of “The Hook.”

She would appear a handful of times in the role of Lisa, the flower shop girl in the drama/comedy series Scrubs, between 2002 and 2006, at one point being the romantic interest of J.D. (Zach Braff).

However, Sarah Lancaster may be best recognized for her role in the popular action-comedy series Chuck, appearing in 91 episodes from 2007 to 2012.

In the show, she played Ellie Woodcomb, a doctor who is the elder sister of Chuck Bartowski (Zachary Levi). 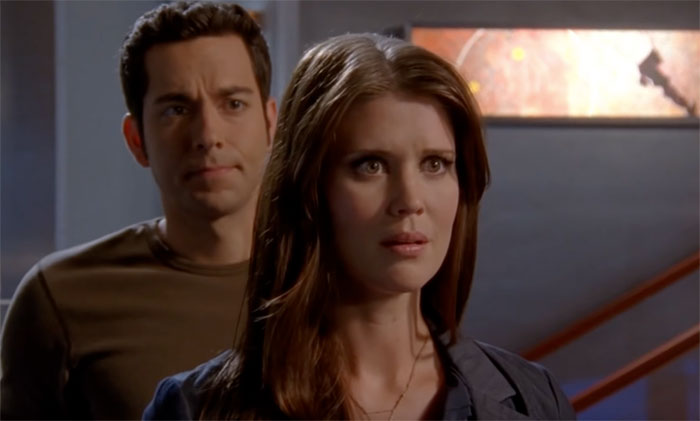 The series follows Chuck’s life after he is given access to secret espionage data and becomes involved with a clandestine government organization.

Ellie often figured into the b-plots of many episodes dealing with Chuck struggling to balance his espionage work and his day job at an electronics store.

What is Sarah Lancaster doing now? 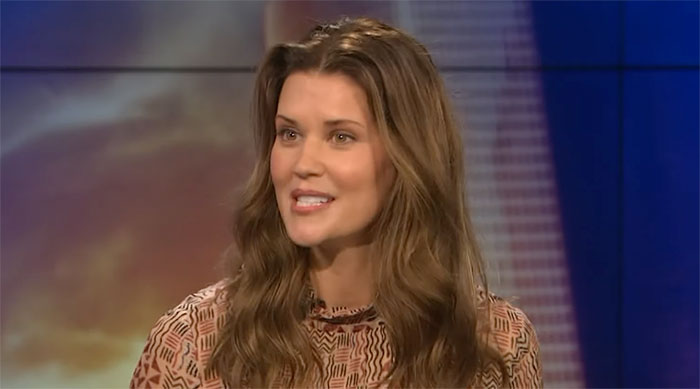 Sarah Lancaster continued to act after Chuck, taking on projects yearly. Much of her work has been in Hallmark television films.

She was featured in the 2020 thriller Blue Ridge as Elli Wise. The film follows a community rocked by a murder mystery.

In 2019, however, she turned her attention to directing with the drama Josie & Jack. The movie follows two isolated children raised in a decaying Pennsylvania mansion by a tyrannical father in the 1990s. Sarah Lancaster was also a co-writer. The film was adapted from Kelly Braffet’s 2005 novel. 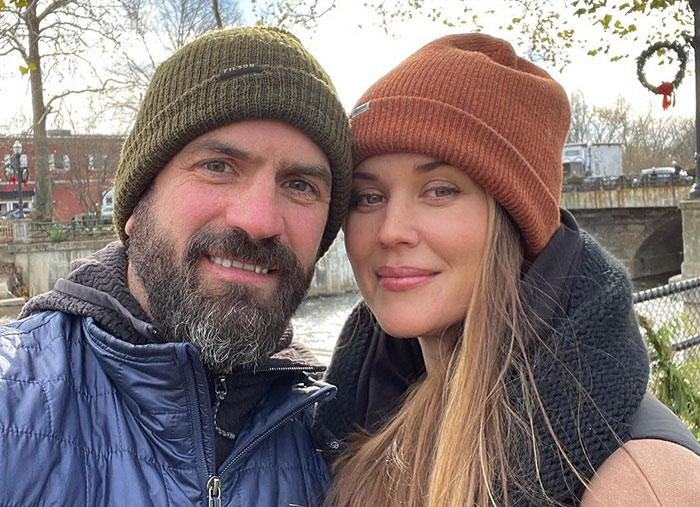 Sarah Lancaster is married to attorney Matthew Jacobs. The pair were wed in January of 2011. The couple had been dating since 2009 before tying the knot.

Her second child, a son named Julian Turks Jacobs, was born on January 28th, 2017. Matthew Jacobs is the father of both children.

Is Sarah Lancaster on social media?

Sarah Lancaster has two social media profiles where she posts news and photos. She can be found on Twitter and Instagram.