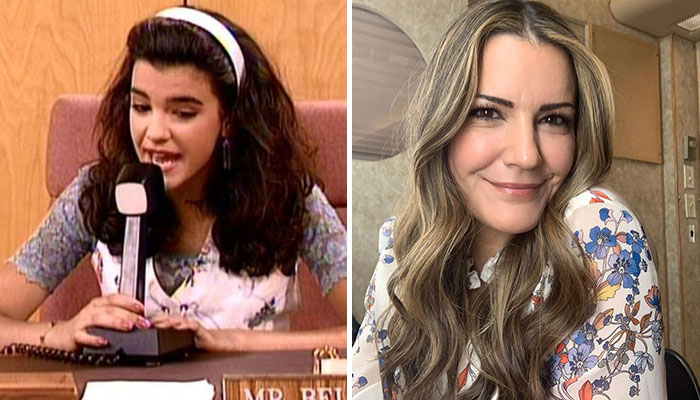 We all have a favorite actress or actor from a TV show we grew up with. We wonder what happened to them and where they are now. Why? Because we loved their character and we often think of the actor who plays that character as a part of our own history!

Natalia Cigliuti is an actress best known for starring Lindsay Warner on Saved by the Bell: The New Class and Anita Santos on All My Children.

These shows were very popular when they first debuted in the 1990s, but Natalia Cigliuti has faded from our memories since then.

Are you wondering what she’s up to today? If so, you’ve come to the right place to find out.

Natalia Cigliuti was born in Montevideo, Uruguay on September 6, 1978. That is the country where both her parents were born too.

Natalia Cigliuti grew up in a bilingual household, speaking both English and Spanish. In fact, she only spoke Spanish at home and had to learn English in school when she moved to New York at the age of 14. Later, when she was a teenager, her family moved to LA.

She started acting at that age and was discovered by a local talent agent just a year later after performing in a talent show at her school.

She later graduated from that school called Crescenta Valley High School (located in La Crescenta, California) and pursued a career in acting.

In a 2020 interview, Cigliuti stated that she always wanted to be an actress despite having the opportunity to also pursue a modeling career, stating that while she was frequently asked to model, she preferred to act instead, even as a child.

She also stated in this interview that her father was a huge fan of Uruguayan films and would also watch American movies for "10 cents" in Uruguay at the time, with subtitles.

He was a key part of her career, helping her audition for roles in front of the camera and supporting her as she learned that she would not always get every role she auditioned for.

This type of support for young actors is not always common! 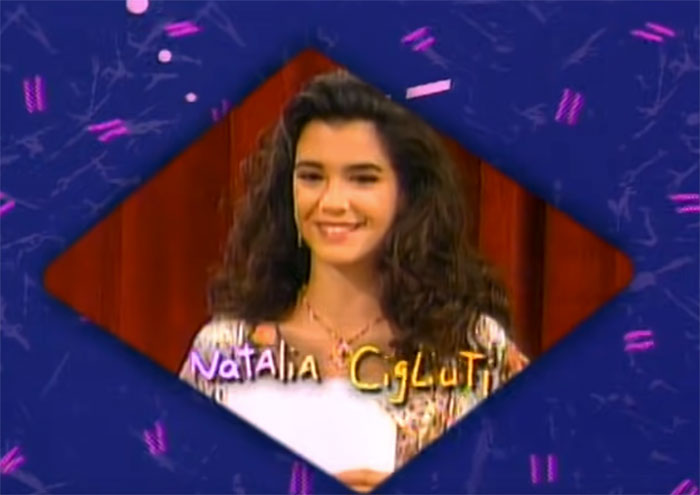 Her first big role was Lindsay Warner on Saved by the Bell: The New Class. This show premiered in 1993 and Natalia Cigliuti appeared on it for four seasons.

The concept of the show was a reboot of the original Saved by the Bell, which aired from 1989-1993.

In the show, Natalia’s character is the popular and involved Lindsay Warner, who is viewed by some fans as that show’s replacement of Kelly from the original Saved By The Bell series. 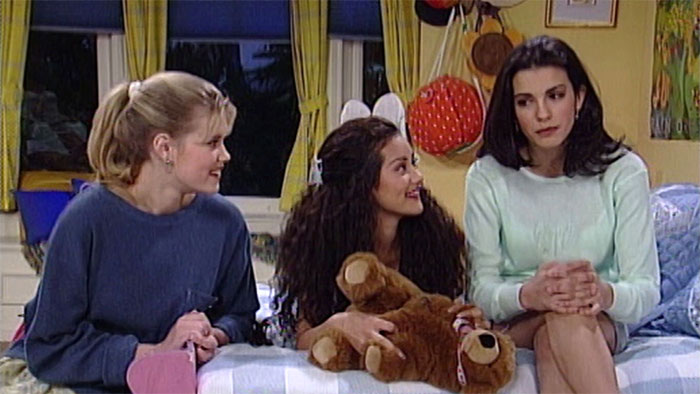 She is Tommy D’s love interest and is in many scenes with characters Vicki, Megan, and Rachel.

While she originally worked with the agent who discovered her, by the time she turned 18, she switched to her current agent.

In 2004, Natalia Cigliuti joined the cast of All My Children as Anita Santos. She played this role for the next three years until her character was gradually written out of the show.

All My Children’s concept was based on the lives of several families who lived in the fictional town of Pine Valley. Pine Valley is based on a real neighborhood in Philadelphia.

Natalia Cigliuti’s character was a businesswoman and single mother who had a hostile relationship with her ex-husband.

In addition to guest star roles, Natalia Cigliuti went on to star in further shows and movies, including Pacific Palisades, Beverly Hills, 90201, and Odd Man Out.

Her most recent film role was Betty Donnelly, from the movie Drunk Parents, which was filmed in 2019. In that show, Natalia Cigliuti stars opposite Alec Baldwin and Salma Hayek.

Her most recent television role is the character Teresa Ward, who she plays on the show Deputy. Deputy was created in 2020 and the show is set in Los Angeles County.

Natalia Cigliuti’s role on the show is that of a sheriff’s deputy who is trying to balance her personal and professional life.

In addition to television and film roles, Natalia Cigliuti has also starred in – believe it or not – not one, but two video games. Well, as a voice actor, that is!

In 2010, she was the voice actor for the character Morinth in the game Mass Effect 2 and also acted as the voice of Sigrun in Dragon Age: Origins – Awakening.

Natalia Cigliuti stated that her favorite role was in a show called Raising the Bar.

Raising the Bar is a show about a group of young lawyers who are just starting out their careers. Natalia Cigliuti played the role of Shannon, a criminal lawyer with a rough exterior but a heart of gold.

The show aired from 2008-2009 and was canceled after its first season due to low ratings.

Natalia Cigliuti was married to Rob Rizzo in 2004. Rob is a former Nascar driver who had three top 10 finishes in the Craftsman Truck Series. However they got divorced in 2013 after 9 years of marriage.

In 2016, Natalia got married to Matt Passmore. Passmore is an actor, whose work includes The Glades, Roadies, Lethal Weapon, and Always Greener. 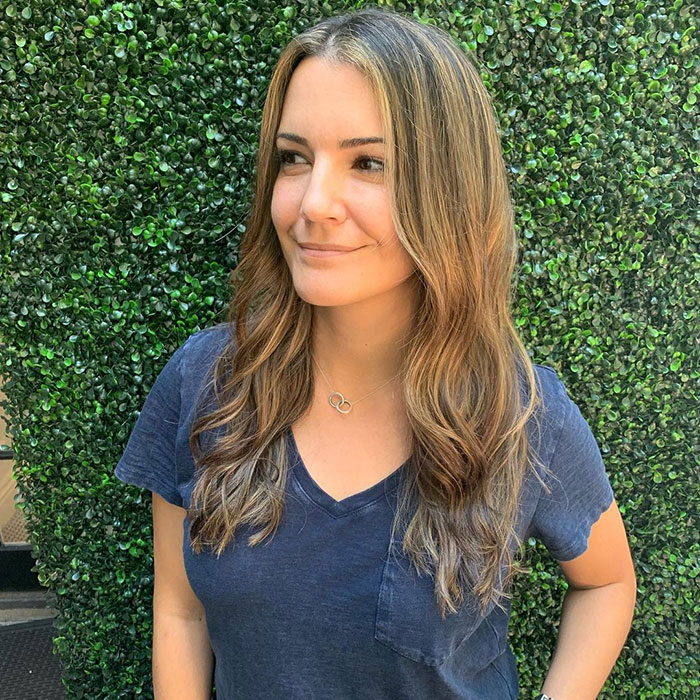 Natalia has two children, one from each husband.

On August 29, 2021, Natalia gave birth to her second son Cashel Graham Passmore, who weighed in at 8lbs 4oz. 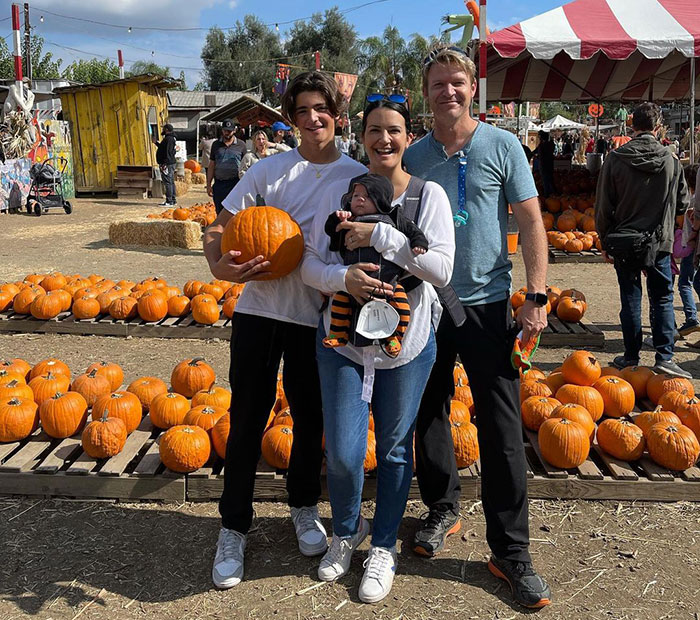