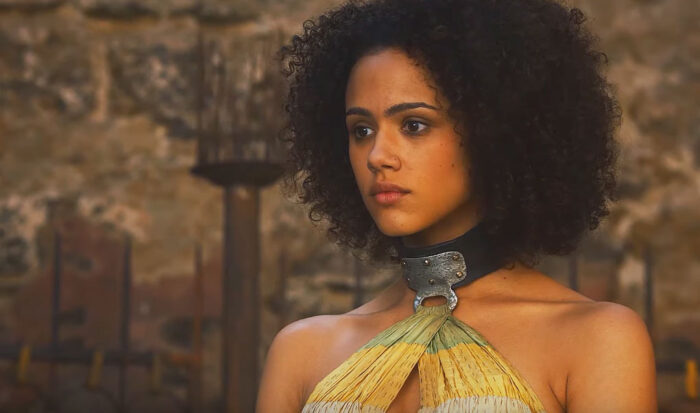 Nathalie Emmanuel is an English actress best known for her role in Game of Thrones, Furious 7 and Maze Runner.

Nathalie Joanne Emmanuel was born in Southend-On-Sea, Essex, England, on March 2nd, 1989. Her mother is Dominican, and her father is half-English, half-Saint Lucian. She has one older sister.

From an early age, Emmanuel has had an interest in acting. Her mother picked up on her passion from a young age, putting her in acting, singing, and dancing classes around the age of three. 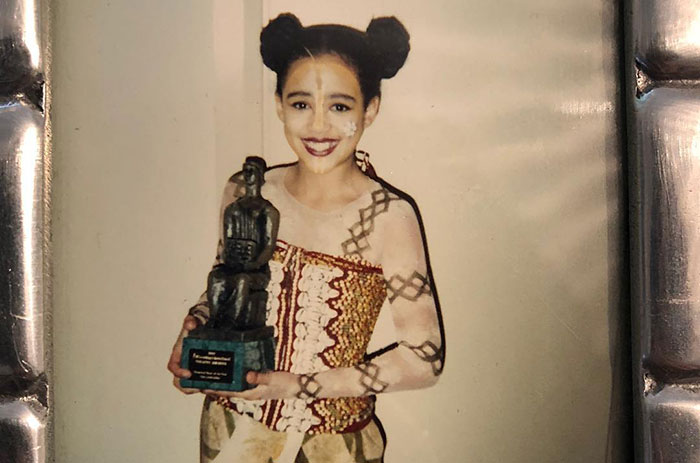 When Emmanuel was enrolled at the Independent St Hilda’s School and later the Westcliff High School for Girls, she performed in plays. At age ten, Emmanuel starred as Nala in the West End production of The Lion King, the musical.

At the age of seventeen, Emmanuel received her first acting credit. She debuted on television in 2006, playing the role of Sasha Valentine in the British soap opera Hollyoaks. 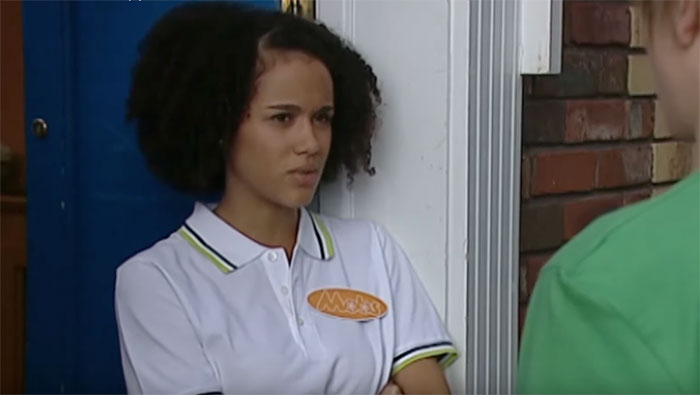 Her character was a teenager on the show who struggled with heroin addiction and binge drinking while facing prostitution and violence. Emmanuel appeared in 191 episodes of Hollyoaks before her character was written off in 2010.;;

After Hollyoaks, she appeared in a couple of guest roles. Emmanuel played Cheryl Hallows in Casualty and Charlie in the television show Misfits.

She was a guest on the television program Scream if you Know the Answer and the presenter of the show Websex:

What’s the Harm? In 2012, Emmanuel made her film debut with the movie Twenty8k, a British thriller.;; 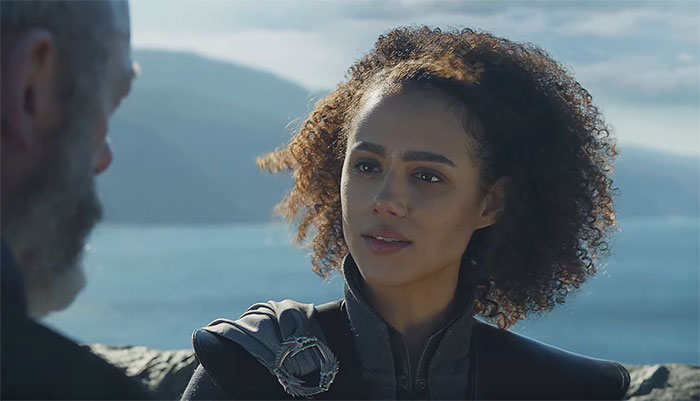 In 2013, Emmanuel would receive the role she is most credited with today, Missandei, in HBO’s fantasy drama television series, Game of Thrones.

Emmanuel was a big fan of Game of Thrones and begged her agent to get her an audition. She practiced an accent for the role but was told by her agent she wouldn’t need it. In the audition, the casting director did ask her to try the scene for a third time with an accent.

Emmanuel was sure she nailed the audition but thought otherwise when she didn’t hear back after five weeks.

Finally, when her agent called her, letting her know the good news, she was in shock as she was working in a retail store and only had leads on acting in a few commercials.

Missandei is the interpreter, trusted advisor, and handmaid for one of the main characters, Daenerys Targaryen. 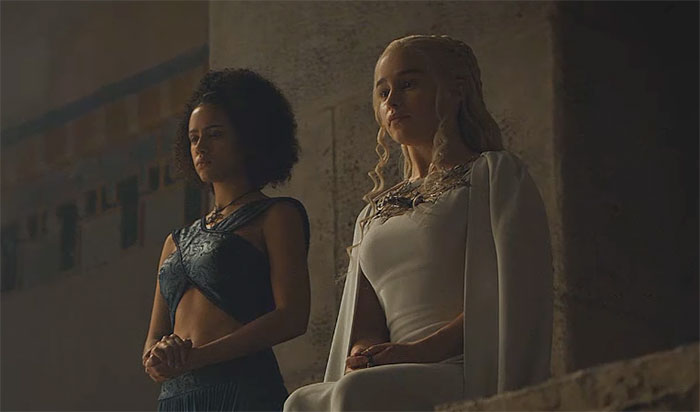 Initially, Emmanuel had a minor role in the series but was promoted to a regular cast member in 2015.

Missandei is the only prominent regular cast member played by a woman of color.

Emmanuel’s character appeared in seasons three through eight, thirty-eight episodes in total, before her character’s death.

The death of her character was not well received by fans, especially as it occurs while she is in chains, leading some to call it a purposeful evocation of the image of slavery.

Emmanuel has spoken about how she believes her character’s death was especially painful for some because she was the only prominent woman of color on the show. 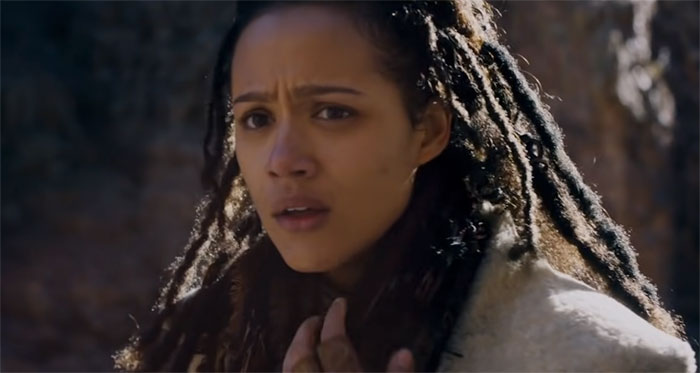 In 2015, Emmanuel appeared in another film, the science fiction movie Maze Runner: The Scorch Trials. Her character was Harriet, a leader of Group B, intent on exacting vengeance on the World In Catastrophe: Killzone Experiment Department (WCKD).

Emmanuel would once again play Harriet in Maze Runner: The Death Cure in 2018. 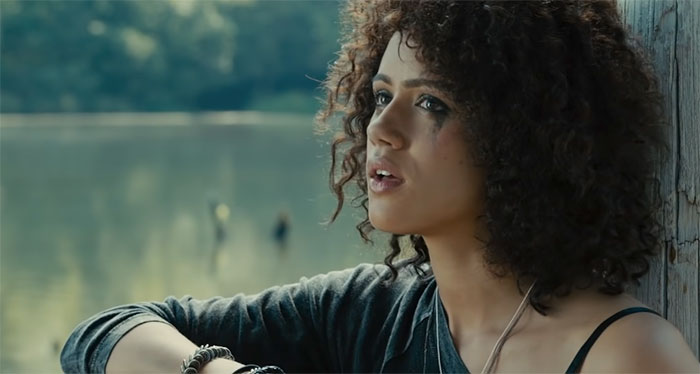 Additionally, in 2015, Emmanuel was awarded the role of Ramsey, a computer hacker, in the Furious 7 film, part of the Fast and Furious franchise.

For her portrayal of the character, she won the Screen Nation award for Best Female Performance in Film. She would go on to reprise her role in F9: The Fast Saga in 2021.

After her films, Emmanuel went on to star in other television and movie roles. She played Warrant Officer Tally Rutherford in the film The Titan, a science fiction thriller.

In 2019, Emmanuel was cast as Maya, a political speech writer, in the Hulu romantic comedy miniseries Four Weddings and a Funeral. 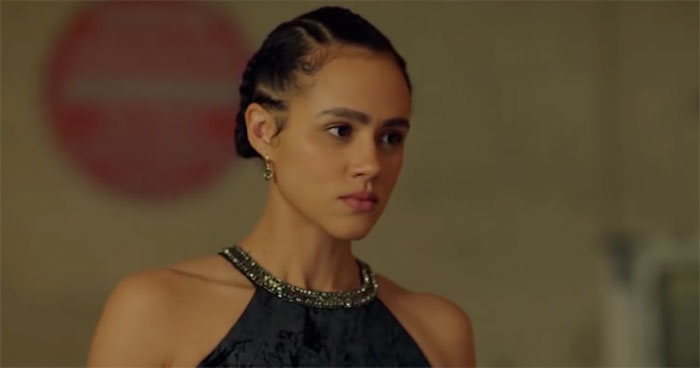 Later that year, she lent her voice to the role of Deet in Netflix’s The Dark Crystal: Age of Resistance.

What is Nathalie Emmanuel Doing Now? 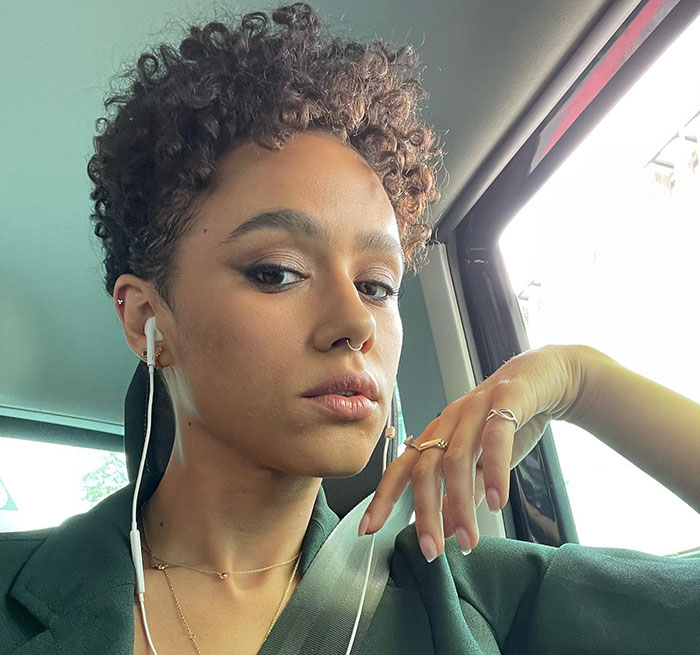 Emmanuel is said to have one of the most successful careers post-Game of Thrones.

As a budding actress, her part in the show helped display her appeal to fans, gaining her future roles.

She is still acting, and in 2020 starred as Holly in the film Holly Slept Over.

She went on to appear as Gwendoline Starr in the movie Army of Thieves and Sue Taylor in the holiday fantasy comedy-drama Last Train to Christmas. 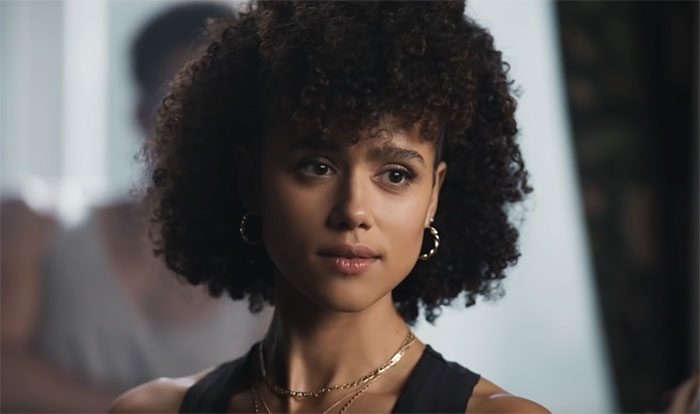 Most recently, she starred as Evelyn "Evie" Jackson in the thriller The Invitation.

Emmanuel is set to appear in a handful of upcoming films and television series.

Currently, she is filming the American epic Megalopolis. She will play Maud Hawkins in the television series Unsinkable and is rumored to have a role alongside Mark Wahlberg in the film Arthur the King.

She is also a regular on the podcast series The Coldest Case.

Emmanuel is an ardent opponent of hair discrimination on set, making sure that stylists understand how to properly care for her hair and makeup as well as the makeup and hair of "Black and mixed-race women."

Emmanuel tends to keep her relationship private. However, she has been spotted out with Alex Lanipekun, and the two have been rumored to be dating since 2018. He is an actor.

Prior to Lanipekun, Emmanuel was dating Devon Anderson, whom she met on the set of Hollyoaks.;;