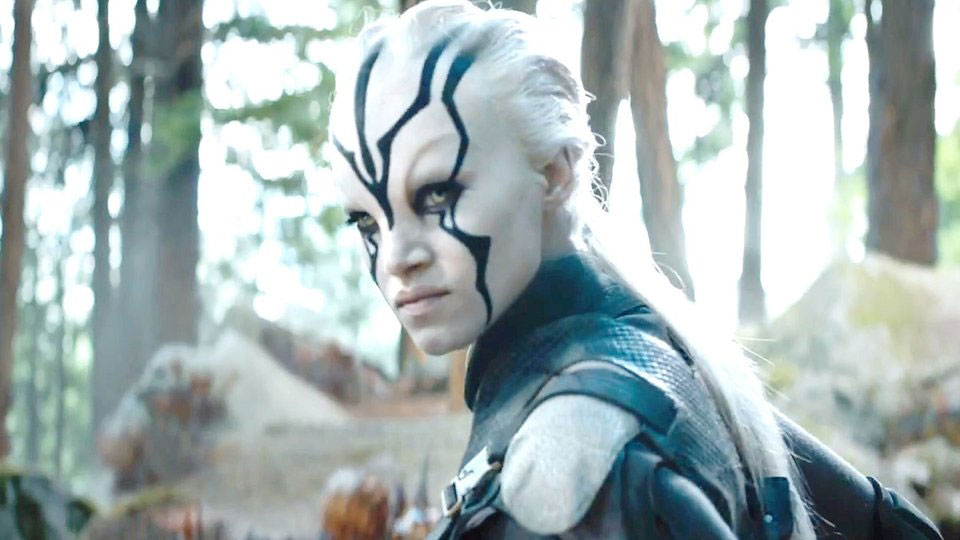 From future classics like Avatar 2: The Way of Water and Everything All At Once, to indie sleepers like Crimes of the Future and After Yang, 2022 was a fantastic year for sci-fi and fantasy.

Could 2023 be even better? These movies should definitely have something to say about that. 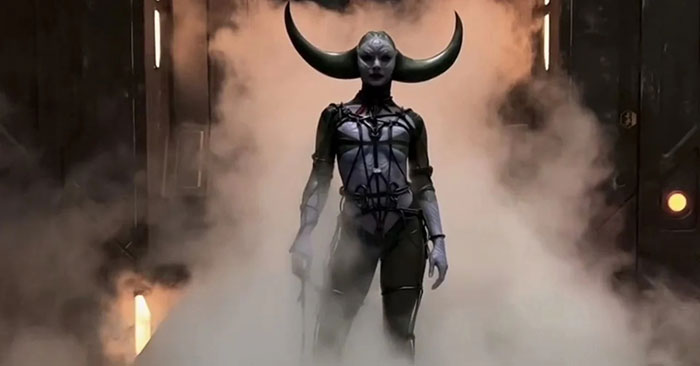 Snyder wrote the screenplay himself with Shay Hatten and Kurt Johnstad, based on a story he also created. According to Wikipedia, the film is inspired by Star Wars and the films of Akira Kurosawa.

Going by the little details we have so far, it’s safe to say that Rebel Moon could turn out to be seriously epic. 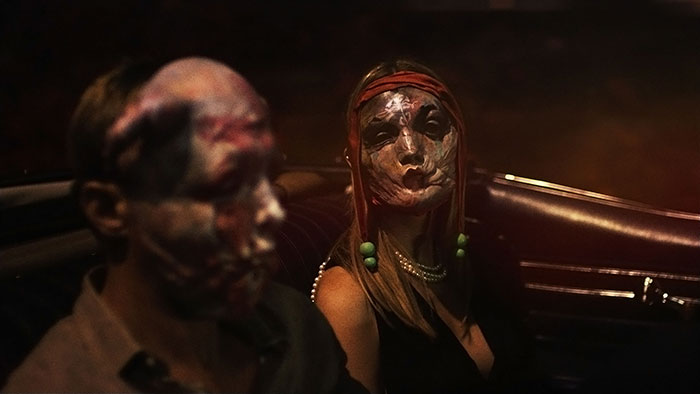 After shocking audiences with his 2020 sleeper hit Possessor, Brandon Cronenberg is out to prove that the apple doesn’t fall far from the tree.

His next project, the mysterious and surreal Infinity Pool, is set to arrive in theaters in January of this year.

Starring Alexander Skarsgard and Mia Goth, the film is a horror sci-fi set in a beachside resort.

The hype from fans of Possessor and the work of David Cronenberg is sky-high, and everything indicates to this being another mind-blowing spectacle from Cronenberg.

Spider-Man: Across the Spiderverse

After the massive hit that was Spider-Man: Into the Spiderverse, expectations for Sony Pictures Animation’s sequel are over the moon.

The first movie went somewhere no superhero movie had gone before, and going by the teaser and plot summary, it looks like the screenwriting duo of Lloyd and Miller are taking us deeper into the “Spiderverse” for this one.

The film is set to be one of the summer’s blockbusters when it opens in June. 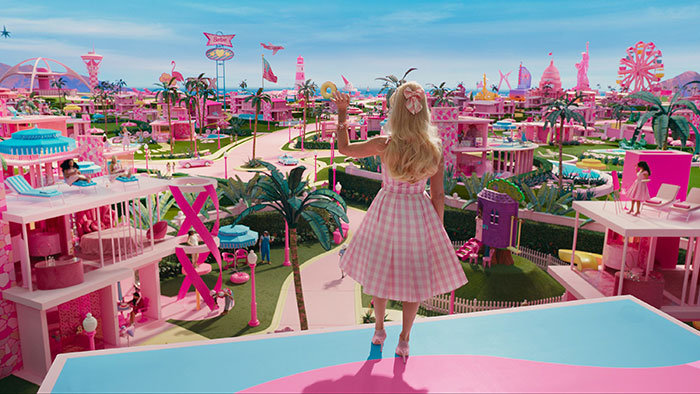 Indie darling Greta Gerwig is undertaking her most ambitious project yet with themuch-anticipated Barbie.

Gerwig co-wrote the film with her husband and creative partner Noah Baumbach, a multiple-time Oscar nominee.

The cast, led by Margot Robbie as Barbie and Ryan Gosling as Ken, features comedy icons like Will Ferrell and Kate McKinnon in supporting roles.

Everything seems to indicate that Gerwig’s film will have people lining up to go watch it, we’ll see if it matches the hype when it premieres on the 21st of July. 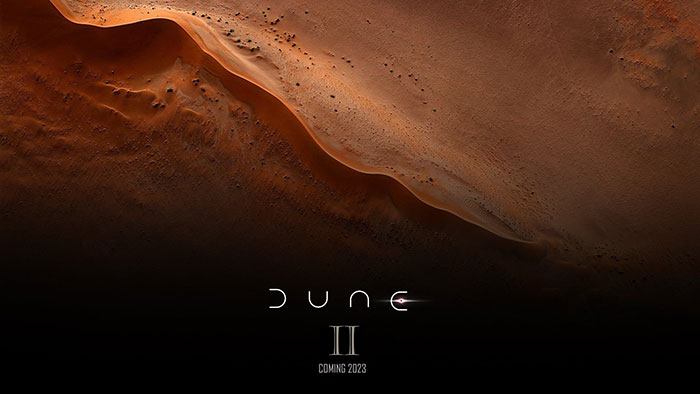 The first part of Warner Brothers’ sci-fi epic was a smash hit, praised for its technical craft and world-building.

Needless to say, Dune Part: II is easily one of the year’s most anticipated releases. The star-studded cast features young stars in Timothee Chalamet, Zendaya, Florence Pugh, and Austin Butler, among others; as well as seasoned screen veterans including Christopher Walken, Stellan Skarsgard, and Lea Seydoux.

Villeneuve’s film is set
to follow right where the first film left off, following Chalamet’s noble hero Paul Atreides in his quest to avenge his family name.

Seeing as the first film made almost half a billion dollars at the box office and was nominated for dozens of awards, don’t be surprised if the follow-up is just as, or even more, successful.

Dune is not the only blockbuster it-boy Timothee Chalamet will be starring in this coming 2023. Warner Brothers’ Wonka is set to hit theaters in December with quite a bit of hype.

The film will depict the beloved Roald Dahl’s character’s early life, focusing on his life and adventures before opening the famous chocolate factory.

Chalamet will be the first to play Wonka since Johnny Depp in Tim Burton’s Charlie and The Chocolate Factory (2005).

Since Depp was criticized for falling short to Gene Wilder’s iconic take on the character, it will be interesting to see how audiences react to Chalamet’s performance.

Guardians of the Galaxy (vol. III)

James Gunn’s 2014 Guardians of the Galaxy was a breath of fresh air for Marvel.

It felt like a real comic book movie, a deviation from the focused tested VFX melodramas that the studio was churning out at the time.

Although the characters eventually did get pulled into all the MCU hokeyness, there’s something about the standalone Guardians films that is simply charming.

The high-octane sci-fi epicness of it all has fans eagerly awaiting Gunn’s next entry into the saga.

It remains to be seen if volume three can stand next to its predecessors, but if the past is anything to go by, it looks like Marvel has another ace in the hole. 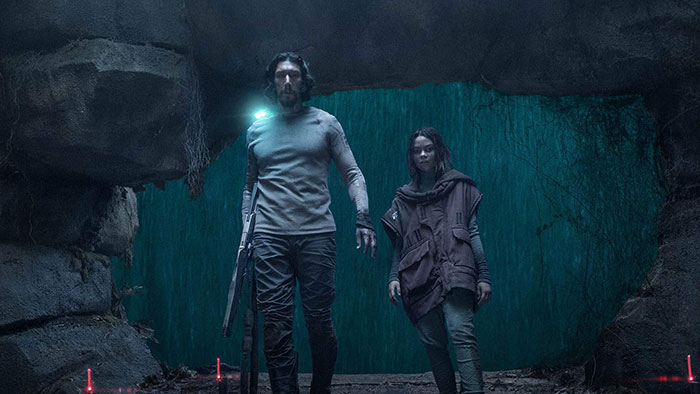 Dinosaurs and Adam Driver, need I say more? This Sam Raimi-produced sci-fi thriller is set to hit theaters in March.

Although not a lot is known about it as of now, it seems like this Sony Pictures project is heavily inspired by sci-fi classics like Planet of the Apes and Jurassic Park.

Regardless, Adam Driver is the kind of actor that makes you watch his movies no matter what.

Add a Danny Elfman score and some fun action sci-fi to the mix and you can count this movie-goer me in.

This Adam Sandler film is set to be Renck’s first project since the highly acclaimed Chernobyl miniseries.

It tells the story of Jakub Procházka, a Czech man who dreams of becoming his country’s first astronaut.

It seems like an original project with a talented cast and crew involved, could easily see this being a sleeper hit.

The Hunger Games: The Ballad Of Songbirds And Snakes- Francis Lawrence This is Lionsgate’s first attempt at rebooting the hit franchise since the original saga ended almost a decade ago.

This film is set to be a prequel to the original story and is also based on a novel by Suzanne Collins.

After underwhelming reactions to the final films of the original franchise, we’ll see if Lawrence’s film can raise the bar.