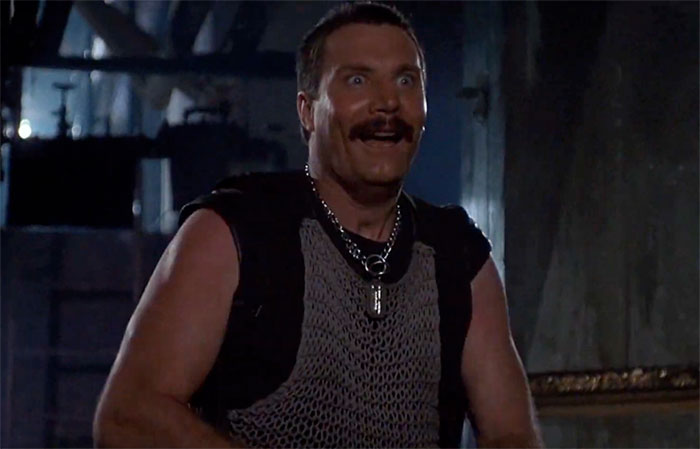 Australian character actor Vernon Wells has an impressive career spanning over five decades. You may recognize him for his baddie roles in Mad Max 2 or Commando, but how did he get his start and what is he up to these days? Let’s dig into the fascinating life and career of this talented actor from The Land Down Under!

Vernon Wells was born on December 31, 1945 in Rushworth, Australia. Before getting his start in acting, Wells held down a number of interesting jobs; he worked at a quarry, spent time as a salesman, and even played in a rock band called Inkers Ink when he was in his twenties.

Music might have ended up becoming the focus of Wells’ career if his time in the band hadn’t been cut short due to a major car accident.

While he was disappointed by the loss of his music career, he began to dip his toes into acting as a way to pay the bills. Wells appeared in a number of commercials and advertisements before graduating to popular Australian TV shows like Matlock Police and Homicide as well as mini-series like Against the Wind and All the Rivers Run.

As he became a household name in Australia, Wells wanted to put his acting chops to the test by trying his hand at theater. It was during his performance in the play Hosana that he was discovered by the girlfriend of George Miller, the director of Mad Max. Based on Wells’ performance, Miller chose him to play the movie’s unforgettable villain. 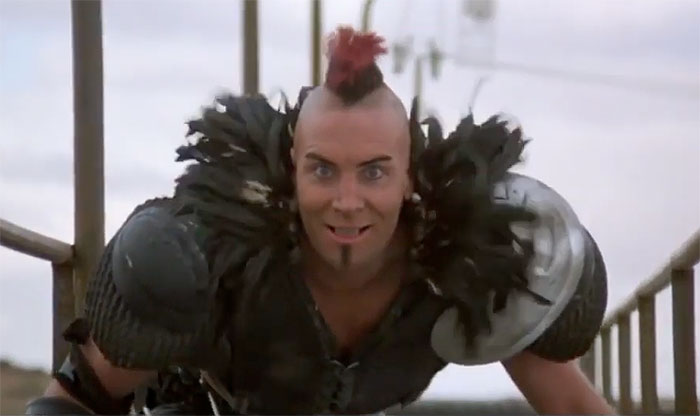 Wez worked for Lord Humungus as one of his top Marauders fighting to control an oil refinery in the post-apocalyptic Australian Outback.

At first, Wez’s confrontation with Max is all business, but when he loses the fight, he becomes motivated by revenge.

Wells committed wholly to embodying his character’s psychotic, homicidal rage. In fact, he gave such a memorable performance that the role propelled him to international stardom and, like Mel Gibson, gave him his start in Hollywood. 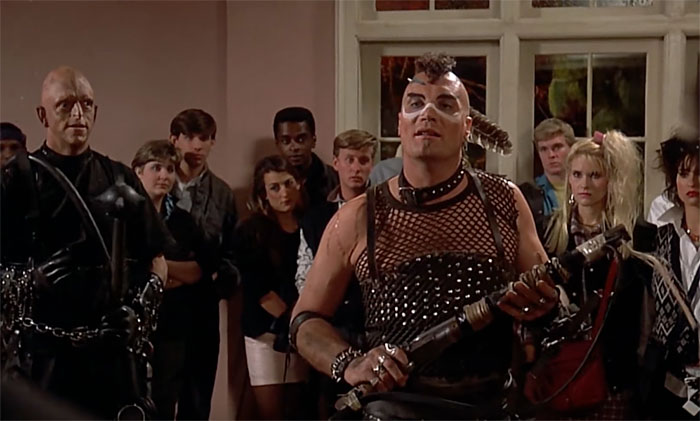 In 1985, he played a parody version of his Mad Max character in the John Hughes comedy Weird Science. He would act in the movie alongside Michael Berryman and Judie Aronson.

This led to a business relationship with the film’s producer, Joel Silver, who cast Wells in his next major feature. 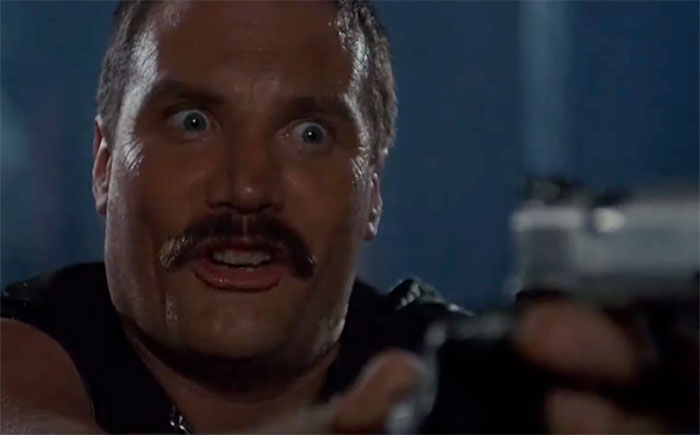 As a result, Wells portrayed the main villain opposite Arnold Schwarzenegger in the action movie Commando. His character Bennett formerly worked with John Matrix (Schwarzenegger) in his commando unit, but he was discharged after demonstrating his violent instability.

He would act in the movie alongside Bill Duke, David Patrick Kelly, Alyssa Milano and Rae Dawn Chong. 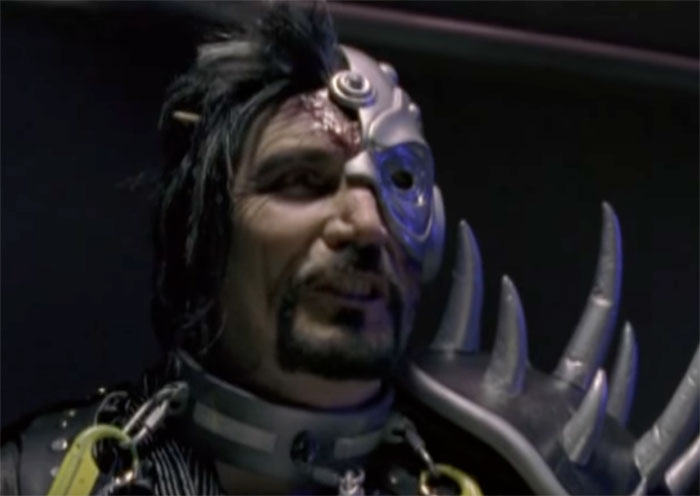 Wells continued acting through the 90s, mostly playing antagonists. He did take a brief foray into comedy with a part in the unusual show The Amazing Live Sea Monkeys. But it wasn’t until 2001 that he would create yet another classic character—this time on the tv series Power Rangers Time Force.

Power Rangers was a popular kids show about a group of friends who turn into superheroes to fight evil. In Time Force, Wells plays the central villain, a time-traveling mutant named Ransik whose mission is to take over the world.

Along the way, he does battle with the Power Rangers, and he is the only Big Bad to win against the heroes! In their final battle, he defeats the Power Rangers but ends up realizing the error of his ways and surrenders.

What is Vernon Wells doing now? 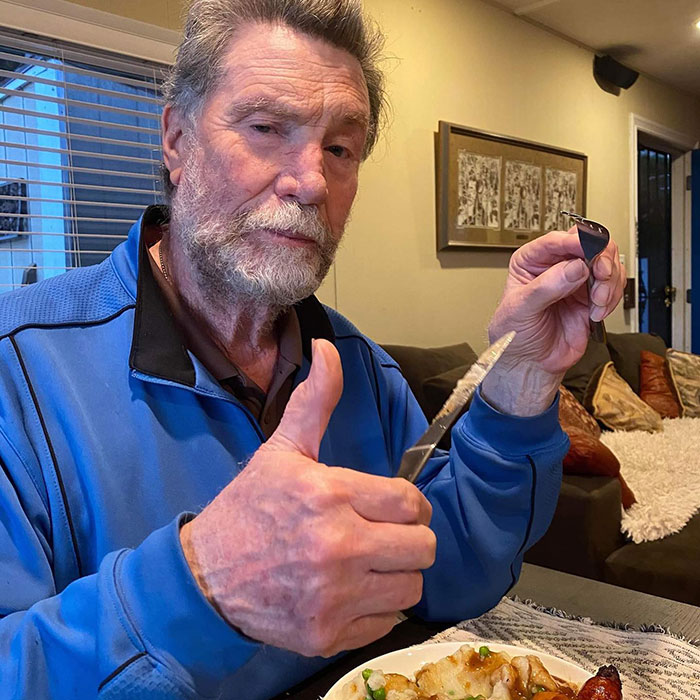 Wells is one of Hollywood’s most prolific actors, and he continues working to this day. So far, he has over 230 credits to his name, including a few dozen from 2022 alone! His work spans all genres including action, drama, horror, and even animation.

Even though he is associated with evil, violent characters in his professional life, Wells could not be further from that persona in his personal life. 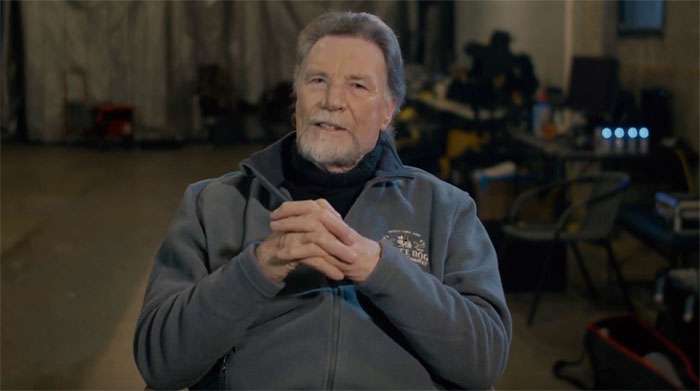 He is an active supporter of the Apex Protection Project, which rescues wolves and does advocacy work on behalf of preserving the species. Wells also enjoys interacting with fans during regular appearances at conventions.

Wells is completely dedicated to his performances and relishes the theatricality of bringing villains to life on the big screen. Fans love the chaotic gusto he puts into every part he plays. We know this creative energy will attract new viewers to his work for many years to come!