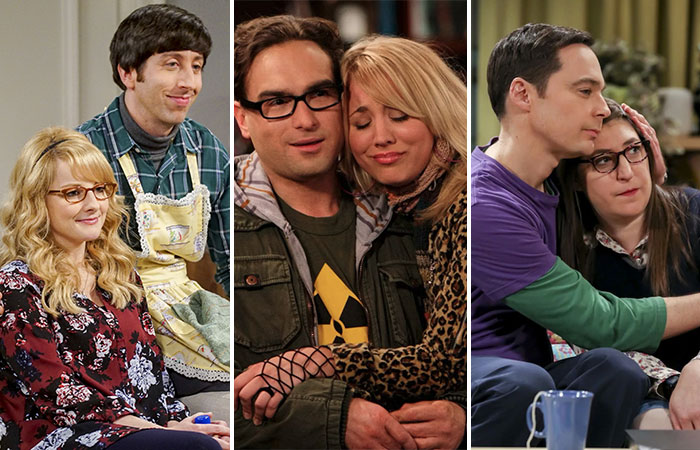 The Big Bang Theory is one of the most beloved shows of all time and that is largely due to the on-screen relationships it created. By the series finale, three of the four main characters were married, seemingly having found their ideal soulmate. But fans on Reddit are speculating what they think might happen beyond the conclusion of the show.

One poster has expressed their view that they believe Howard and Bernadette are likely to cheat on each other in the future. Fellow fans of the show have sprung forth to disagree with this suggestion, describing Howard and Bernadette as the happiest and most compatible couple on TBBT. Somewhat more harshly, several people have suggested that Leonard and Penny are if fact the ones who are most likely to become unfaithful to one another as time goes on.

Nobody mentioned Sheldon and Amy (at least, not yet), but this is not surprising given how well established it is that sexual intimacy is not a significant part of their marriage. And they both seem to be perfectly content with the way things are, even if Amy does seem mildly frustrated with the arrangement at times. Likewise no one has brought up Stuart and Denise, a pairing that while semi-secondary to the main characters, was still going strong at the conclusion of the series.

It seems TBBT fans are in two camps; believing that either Howard and Bernadette will stray into marital infidelity, or that Leonard and Penny will be the ones to break their vows. The argument toward Leonard and Penny seems suitably strong. We know Leonard has already cheated on Penny once before, and that prior to this he also cheated on Raj’s sister, Priya when they were dating. So, he has a history of unfaithfulness.

Yet, Howard, despite his rampant, and often downright creepy, horniness that was his defining characteristic until he fell in love with Bernadette, has remained more faithful in their relationship than Leonard has. Sure, we all remember that online dalliance with Glucinda the Troll, however it could be argued that this was less severe because no physical contact was involved and Howard and Bernadette had not become intimate yet. Perhaps it depends on one’s definition of what constitutes cheating, but either way, Leonard has still stepped over that line twice, while Howard has done so only once.

The overall compatibility of the couples is also a strong point within this argument. Howard and Bernadette seem happy in their lives together. They enjoy their suburban house, two children, and both have jobs that they love. They seem to have achieved an ideal work / life balance by the end of the series and fans are seeing no indications of any problems.

While Leonard and Penny have remained largely the same and therefore, it can be assumed, will still have similar issues. The money was always a main source of divide between them, ever since Penny became more financially independent. And now that Penny is pregnant, when we know previously she did not want children, there seems to be a very important conversation between the two of them that just did not happen. Or if it did, it was so brief it can only be assumed it was glaringly unrealistic and out of character for both of them.

Will they cheat, will they stay faithful? There is no way to know unless Young Sheldon stuns us all with a shock reveal in one of Jim Parson’s voice overs. Let’s just hope that the endings remain happy ones for all our faves from TBBT.