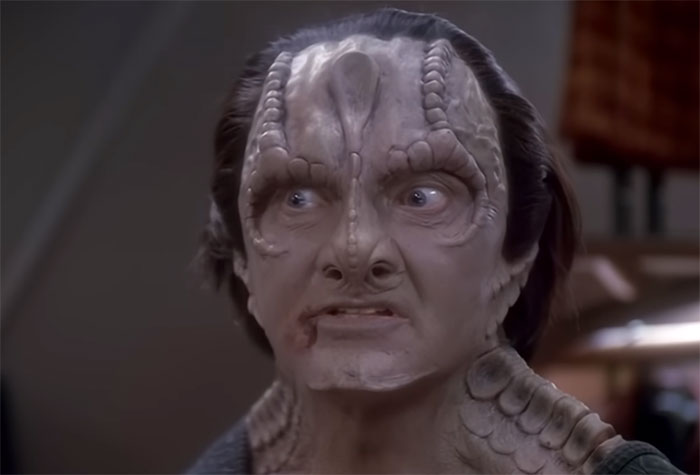 Andrew Robinson is an American actor who is best known for his portrayal of the Garak on Star Trek: Deep Space Nine. See what this talented actor has been up to since his time on the show ended nearly 24 years ago.

Andrew was born on February 14, 1942 in New York City. When Robinson was 3 years old, his father tragically died in World War II; shortly after, he and his mother moved to Hartford, Connecticut.

During his childhood, he became somewhat of a troublemaker and delinquent, leading him to be sent to St. Andrew’s School—a boarding school in Rhode Island.

Robinson believes that his career truly began when he was awarded the full ride scholarship to study at the London School of Music and Dramatic Art.

It was the late 50’s and he thought of acting as an unachievable goal given to a select few. When he arrived at his school in London, he realized how achievable the goal actually was and never looked back. It was at this school that Andrew Robinson studied Shakespeare and voice training.

Stage acting was Robinson’s very first professional gig in the acting world, his first role being in a play in New York called MacBird!.

He continued appearing in productions in both Europe and North America, productions such as Woyzeck, Futz, The Young Master Dante, and The Cannibals.

In 1969, the 26-year-old Andrew Robinson landed his first television role on N.Y.P.D. with a guest position. Only 2 years later, he would started acting in feature films. 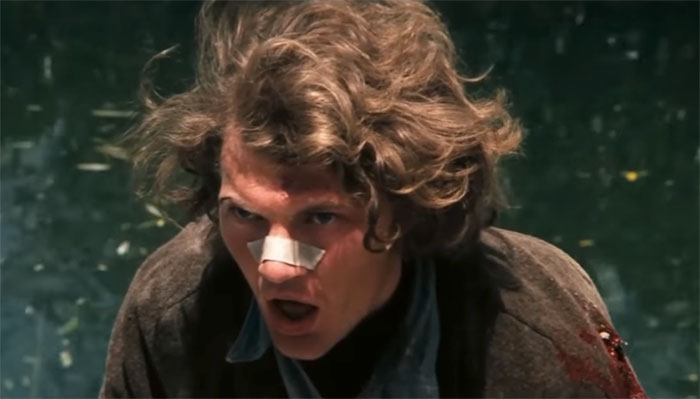 1971’s Dirty Harry is the film that kickstarted Andrew Robinson’s career and he would play the part of the Scorpio Killer.

Apparently, Clint Eastwood—along with Don Siegel, the film’s director—decided that Robinson was fit for the role after having seen him in a production of Fyodor Dostoevsky’s The Idiot.

The Scorpio Killer, in Dirty Harry, was based off of the real life Zodiac Killer, who was largely talked about at the time. Robinson chose to integrate aspects of the Zodiac Killer in his performance, mainly the quality of having a distorted sense of humor that he uses to taunt those who pursue him.

The iconic role got his face out to the world, but Robinson seems to think it’s what killed his film career.

He explained that when he filled the role, the whole world had suddenly only seen him as that specific character. “People don’t want to hire you for the good guy, for the poet, for the dad—for the sympathetic character, and therefore,” Robinson explained, “they’ll hire you for the heavy, but even then I was so identified with that one particular heavy because that kind of psychopathic killer was the first of its kind, really.”

After Dirty Harry Andrew ran the tv circuit and had guest roles on a number of television shows including Bonanza, The New Perry Mason, and Kung Fu. It wasn’t until 1976 that he landed a steady role on the soap opera Ryan’s Hope.

For three years and 169 episodes, Robinson played the character of Frank Ryan and would he received a Daytime Emmy nomination for his work. 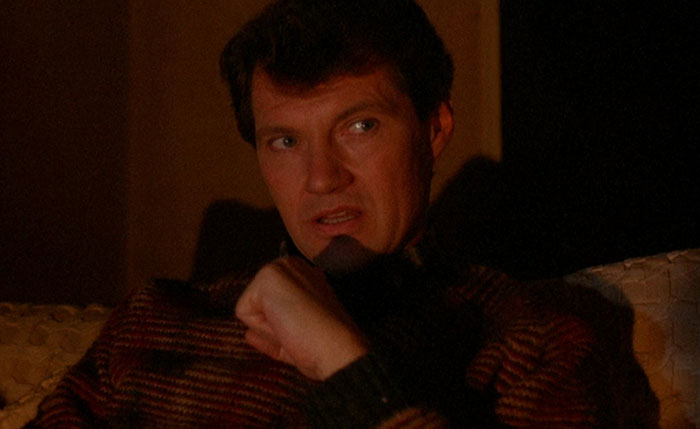 After Ryan’s hope he would run the tv and tv movie circuit again until 1987, where he would land another one of his more memorable role as Larry in the 1987 horror movie Hellraiser.

Although the movie directed by Clive Barker was not a commerical hit, it became a cult classic and spawned an entire franchise with 10 movies to its name.

Robinson would not be on the only DS9 cast member to star in Hellraiser, as Terry Farrell would go on to star in its third iteration. 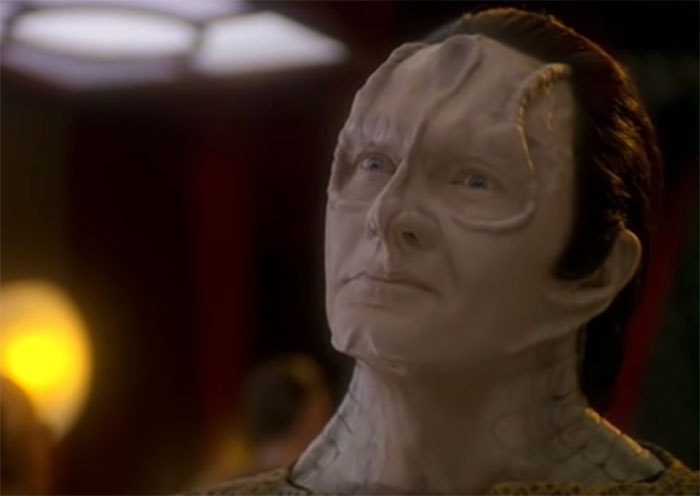 In 1993 Andrew Robinson would land his most memorable and recognizable role as Garak in Star Trek: Deep Space Nine.

Robinson says he was brought onto Star Trek because the producers originally wanted a simple relationship for Dr. Bashir.

The producers thought that the relationship between the two would be interesting, but they were ready to cut the character of Garak if there was no chemistry between the actors. “From the moment we started acting together, that was no longer an issue,” Robinson says. 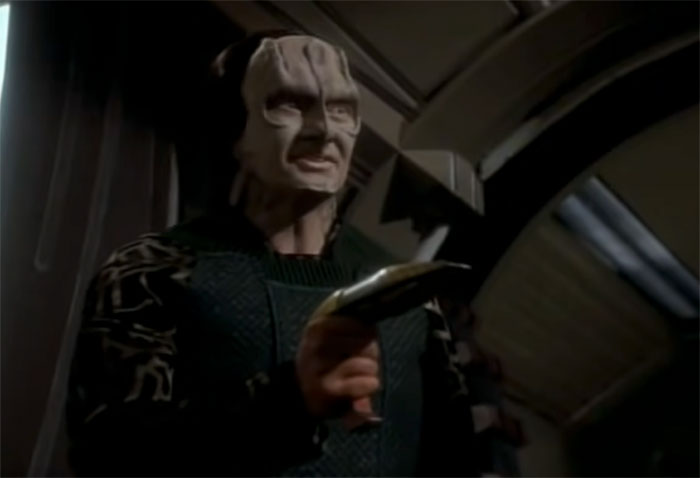 He remembers that the makeup that was put on him was really intense, especially because he is claustrophobic. “It’s like being put, in a sense, inside of a mobile coffin,” Robinson said. It was so brutal, he almost called his agent to get him out of the role! But when we looked at himself in the mirror, he realized how many actors dream about being truly inside of a character the way he was and he says his claustrophobia vanished and he became incredibly thankful.

In 2000, he wrote and published a book called A Stitch in Time. In the book, he talks about the privilege he was offered when given his role as Garak and he considers the novel to be the way he received “total closure” of the character.

Eventually, Andrew Robinson was given the opportunity to direct three Star Trek episodes. He directed the Star Trek: Deep Space Nine episode “Looking for par’Mach in All the Wrong Places” as well as two episodes of Star Trek: Voyager

He later went on to direct seven episodes of Judging Amy, a show that included Rachel Robinson—his real life daughter.

What did he do after Star Trek: Deep Space Nine

After DS9, Andrew would land small one-off roles on shows like Judging Amy, The Practice and Jag. Between 2005 and 2019, he would take a hiatus from television and movies, returning in 2019 for the short Vaseline.

What is Andrew Robinson doing now? 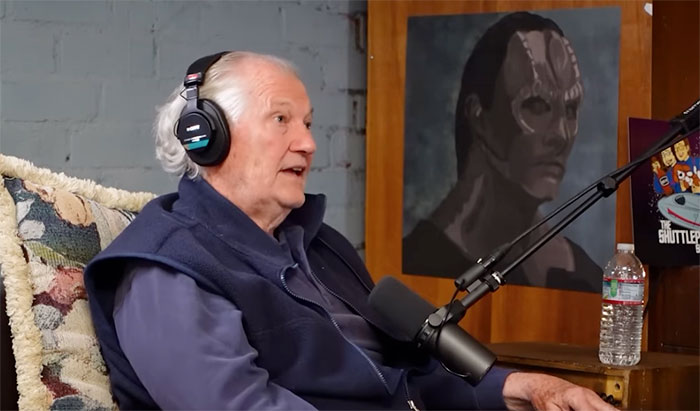 Although Andrew’s acting career has slowed down significantly, he still pops up in sporadic roles. In 2021 he voiced the character of 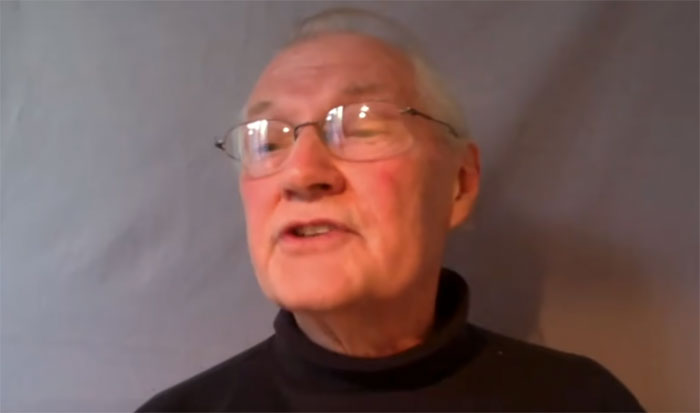 In 2020 during the height of the pandemic, he reprised his role as Garak for the online reading of Alone Together: A DS9 Companion, which was streamed on Alexander Siddig’s YouTube Channel, Sid City.

With memorable roles in Star Trek and in horror movies, Andrew is also very in-demand at fan conventions, which he attends regularly.

In 2022, he appeared at a slew of conventions, including the 56 Year Mission Las Vegas convention and the Monster Mania convention. In 2023 he has a full schedule and will also be on the Star Trek Cruise. 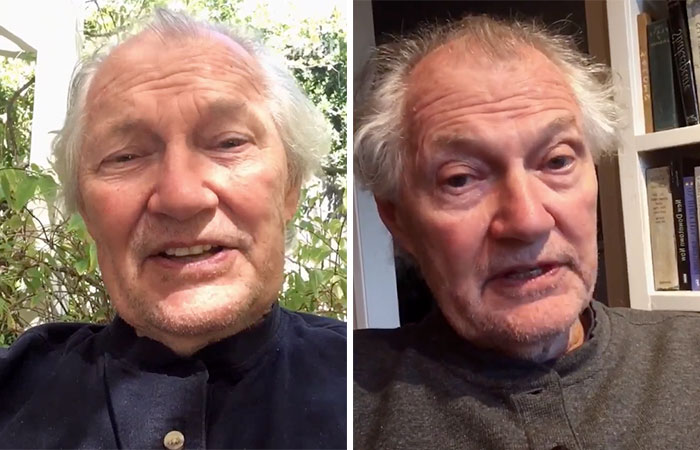 Andrew can also be found on Cameo, where he sells personalized videos for $50 a pop.