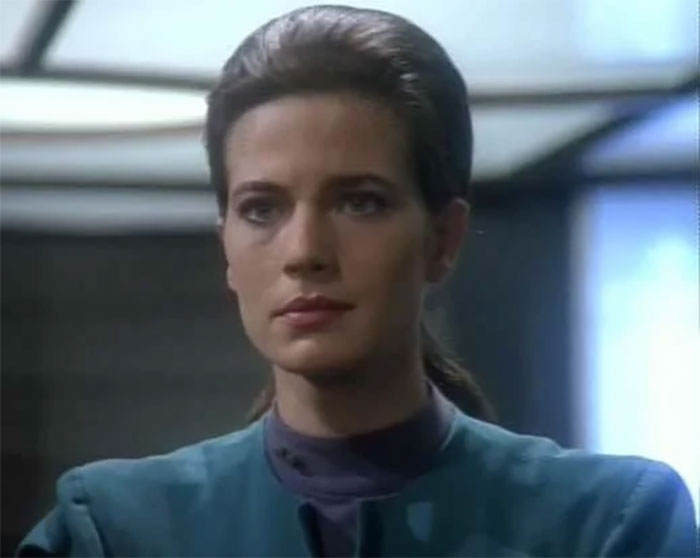 She is one of five siblings, two older sisters and two younger sisters, making her the middle child. She was born to Kay Carol Christine Bendickson and Edwin Frances Farrell, Jr. She has five nephews and four nieces.

At age 15, she became a foreign exchange student in Mexico, giving her a sense of adventure she would try to replicate throughout her life. 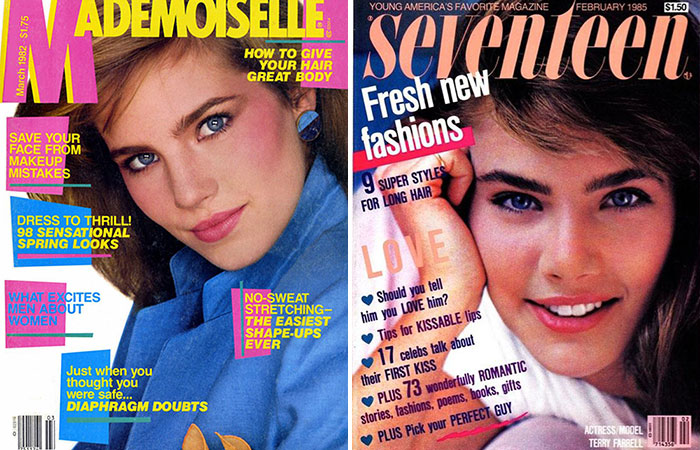 By age 17, she had dropped out of high school to enter the world of modeling in New York with the Elite modeling agency. Shortly after, she landed an exclusive contract with Mademoiselle and would appear in German and Italian additions of Vogue and editorials in American Vogue.

After three years of modeling, however, she turned her attention toward a career as an actor. 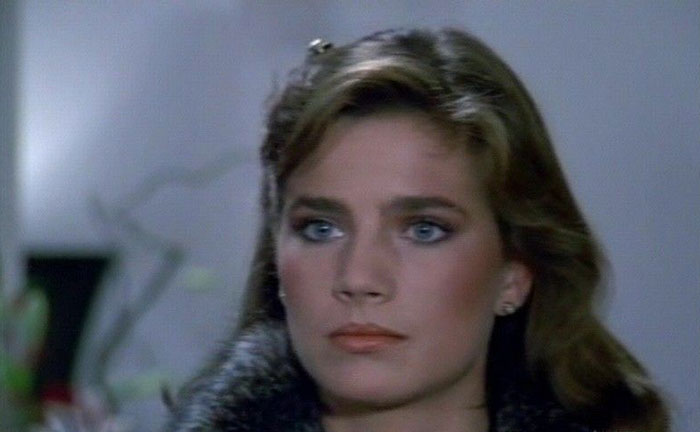 Following a modeling career where she studied acting on the side, she took a role in the 1984 television series, Paper Dolls, drawing from her modeling experience.

The show was a soap opera focused on the New York fashion industry and appeared to be a great project based on her experiences. However, the show only ran for 14 episodes. 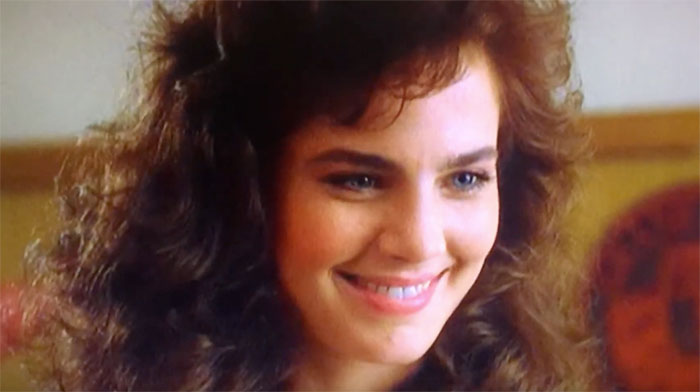 She landed her first film role in 1986 in the Rodney Dangerfield comedy Back to School. She played college student Valerie Desmond.

Following these two notable roles, she would find herself in various film and television projects, including the horror sequel Hellraiser III: Hell On Earth (1992) and on episodes of The Twilight Zone (1986) and Family Ties (1986). 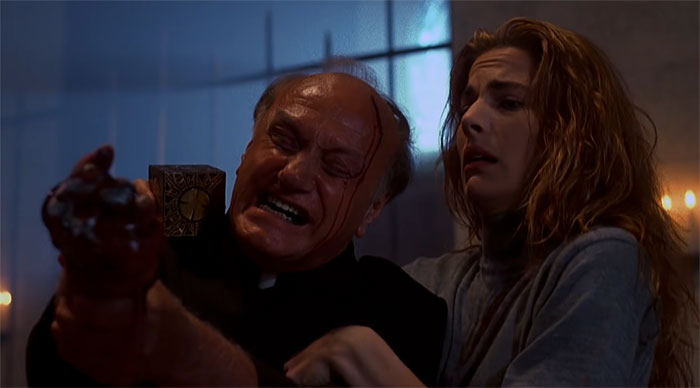 In 1992 she would appear in an episode of Quantum Leap; that same year, she would star as Cat in the pilot of the cult sci-fi series Red Dwarf.

However, these brushes with sci-fi success would pay off when she was cast in the Star Trek series Star Trek: Deep Space Nine, appearing in 148 episodes from 1993 to 1998. 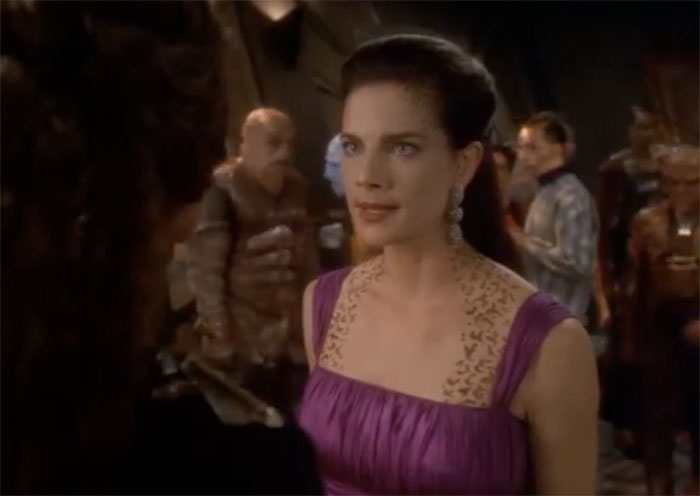 She would play the Trill character Jadzia Dax, a symbiont composed of two in a single, conscious mind.

Many fans of Deep Space Nine consider Jadzia Dax to have been an underutilized character due to her ability to explore themes of gender fluidity, bisexuality, and non-binary gender identity.

In addition, she also represented ideas of multiple personalities within a single character and was a trailblazing figure at the time. 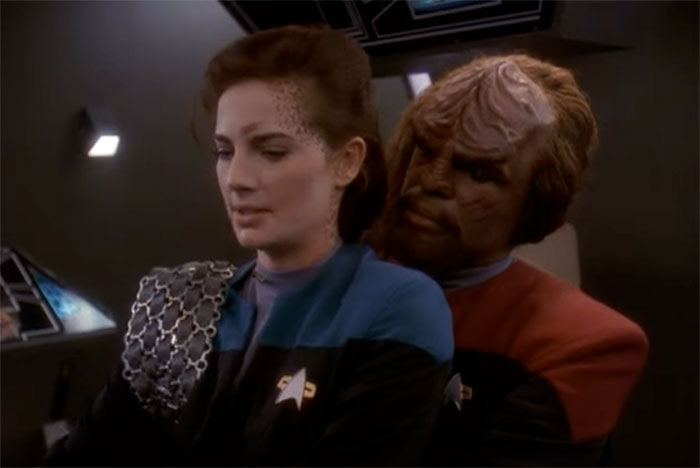 Jadzia Dax would eventually marry the Klingon character Worf during the show’s sixth season, but in the season finale, Jadzia died.

Terry Farrell left the show, and a new Trill symbiote was introduced in season seven with Ezri Dax, played by Nicole de Boer.

Why did she leave Star Trek: Deep Space Nine? 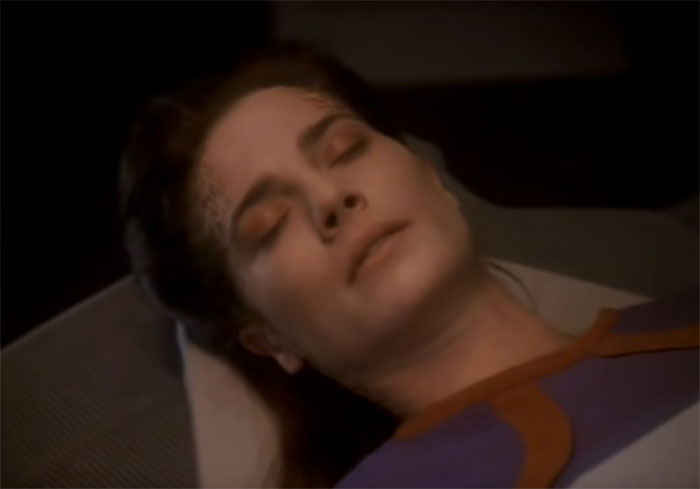 Jadzia Dax proved to be a popular character with fans of the show but a challenging one for the writers to characterize because of the multiple personalities inherent in the Trill species. By season two, however, the writers had a lock on the character.

All seemed to be going well until the sixth season of the show. Farrell was offered a chance to join the sitcom, Becker.

She passed on renewing her contract and joined Becker for four years as Reggie Costas.

Terry revealed she had conflicts with Star Trek producer Rick Berman and attempted to stay on the show with fewer appearances, but he refused.

Terry reveals that one of her favorite episodes of DS9 is ‘Blood Oath‘. In the episode, Dax joins three Klingon warriors in completing a vendetta.

Terry mentions that she enjoyed the episode because she got to explore the tomboy side of her character and she also felt an sense of equality among the Klington.

She also mentions that she enjoyed any episodes where they explore bigger social issues. For instance, her relationship with Wharf, which explored inter-species romance on the show and interracial romance in real life.

One of the story lines on the show that she disliked, involved her character constantly wanting to know who Kira Nerys was dating. Terry mentions that it was out of character and un-evolved for a 350 year old Trill. She said it was a wasted opportunity for two strong women to do something empowering and interesting, instead of gossipy.

When asked about what the best part about being a Star Trek cast member is, Terry says that it feels like you are a lifetime member of a family. A family that is welcoming and supportive of all members, old and new. A family that doesn’t distinguish between television or movies. Everyone is apart of the same family and world and she says that is an amazing feeling.

What is Terry Farrell doing now? 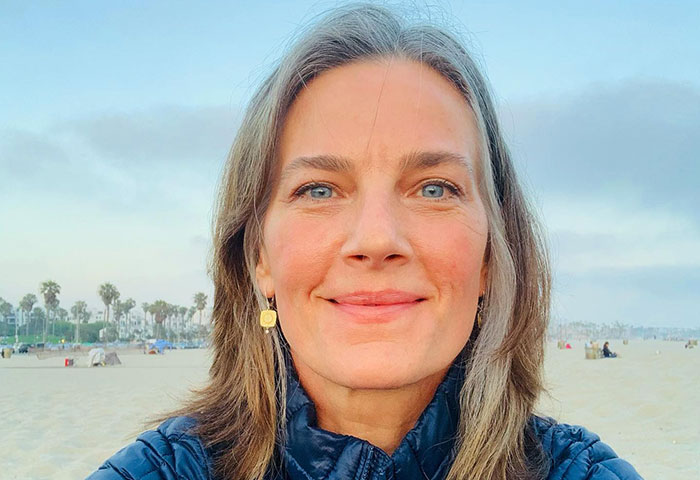 After what appears to be a brief retirement, Terry Farrell has returned to acting for a few projects, mainly in fan productions. These include Star Trek: Renegades and The Circuit: Star Crew.

Outside of those acting jobs, she also appears on the convention circuit to connect with fans of her work and the more extensive franchises she has been attached to. She also has an account on Cameo to record videos for fans at reasonable rates.

In 2023, she will be apart of the Star Trek Cruise, alongside her DS9 cast mates, Nana Visitor, Cirroc Lofton, Nicole De Boer, as well as other notable Stark Trek alum. 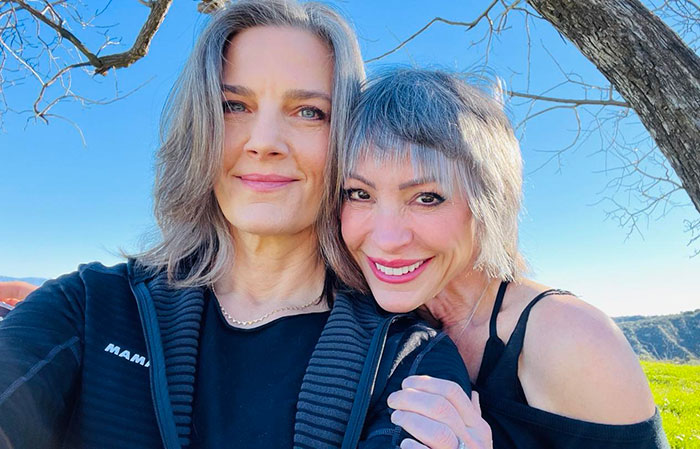 While not something she did in particular, a fan of Star Trek, William Kwong Yu Yeung, an astronomer, named two asteroids in our solar system after her and her Star Trek co-star Nana Visitor in 2001.

In her free time Terry likes to quilt. She says she picked up the hobby to fill the time while filming Deep Space Nine.

Terry Farrell has been married twice. Her first marriage was to actor Brian Baker. Their married spanned from September 2002 to December 2015, ending in a divorce. They had one child together.

Terry Farrell’s second marriage was to director Adam Nimoy, the son of the late Star Trek actor Leonard Nimoy. Terry Farrell and Adam Nimoy married in March 2018 and are still together. 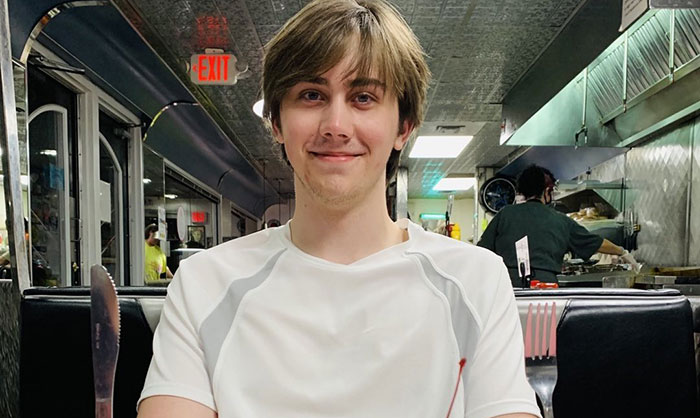 Terry Farrell has one child. Her son Max Baker was born in 2003 while she was married to actor Brian Baker.

Is Terry Farrell on social media?