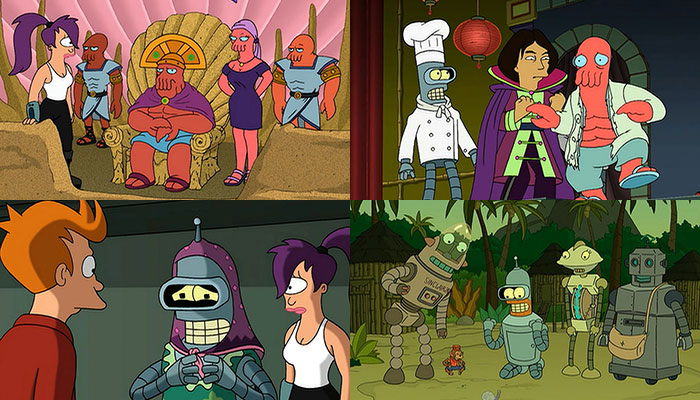 The upcoming change of the calendar to a new century flipped the comedic style of Simpsons mastermind Matt Groening.

The heralded innovator of animated ingenuity switched long setups rooted in relatable reality for punchlines delivered at Flash speeds and storylines as otherworldly as any Justice League tale.

Futurama rose out of the asinine ashes the show that once again set the worlds of comedy and animation ablaze in 1999.

The show receives universal adulation from fans and critics, including six Emmy wins. Most adore a Goodfellas parody (“Godfellas”), a good doggie in a heartbreakingly bad situation (“Jurrasic Bark”), and a good alien story (‘Roswell That Ends Well).

Still, there are plenty of good, hidden gems that don’t get the same notoriety. This article shines the elusive spotlight on five episodes absent from both IMBD’s 25 highest-rated Futurama episodes and IGN’s top 25 list.

“Why Must I Be a Crustacean in Love?” 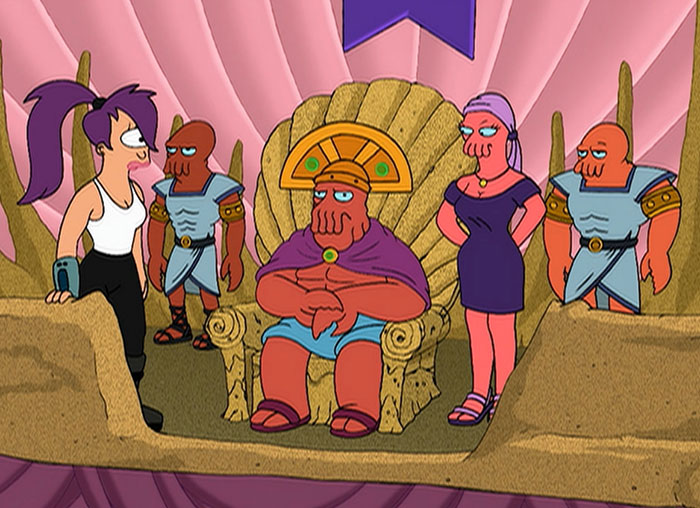 The not-so-good Dr. Zoidberg prescribes the cure for laughter deficiency in this zany tale of love life or death from Season 2, Episode 5.

Many Futurama fans find the only unlicenced-yet-practicing doctor who consumes patients and scuddles away while yelping Three Stooges sounds on the planet guilty of comedic malpractice.

However, this episode raises the stakes and silliness of Zoidberg by putting him in a surreal situation where he must mate and meet his maker or live in loneliness.

Most Valuable Punchline award: Fry: “Start with a compliment. Tell her she looks thin.” Dr. Zoidberg: “You seem malnourished. Are you suffering from internal parasites?” Edna [Zoidberg’s mating target]: “Why yes, thank you for noticing!” 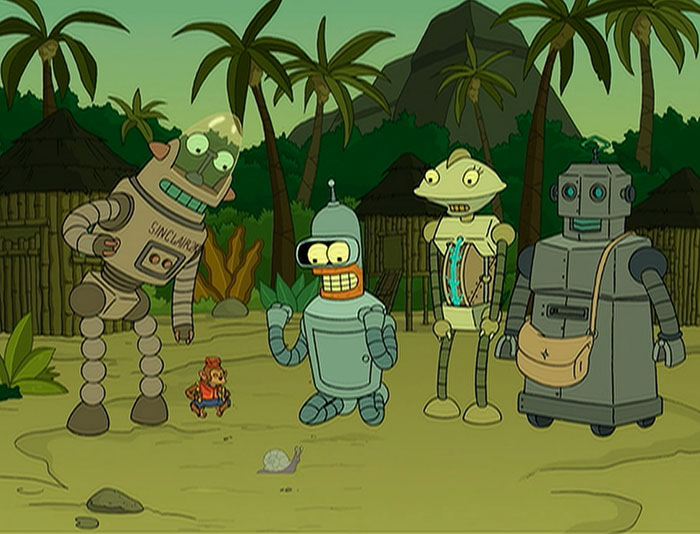 Rather than treasure, 1X marks the spot where Bender must undergo upgrades so a lover of old alcohol can appreciate the new age.

Bender’s refusal to do so washes him ashore to a land of misfit titanium that renounced Mom’s innovations in favor of Mother Nature.

In the primitive process, the episode unveils that Bender cares about more than robots and his friend Frye; he actually values his position and tentative respect among his peers (secretly friends) at Planet Express, despite what seems mounds of previous evidence to the contrary. 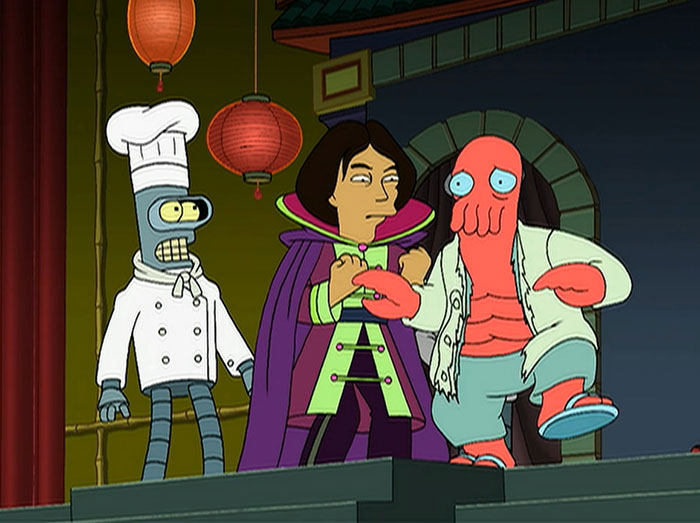 Famed television chef Elzar restrains himself from screaming for all from Oregon to Olympus to hear when meat is undercooked.

Bender aspires to cook at the same skill level, but his results warrant dumping into the dumpster of hell’s literal kitchen.

Bender flees his friends when he overhears the obvious news of his culinary catastrophe. Skills sharpen like the finest kitchen knives when he becomes a “robo” (robotic hobo) riding the space rails and meets the greatest chef ever in the process.

Spargle taught Elzar how to cook and gives Bender the secret he needs to cook a tastier dish than the scorned student can dish.

The main ingredient for Season 3, Episode 22’s recipe for success is a heaping helping of Futurama’s signature rapid-fire joke firing worthy of a comedic chef’s kiss.

Most Valuable Punchline award: “Our next guest has been teaching the world to cook for 20 years, but my wife hasn’t been listening. I will destroy her!”- Morbo 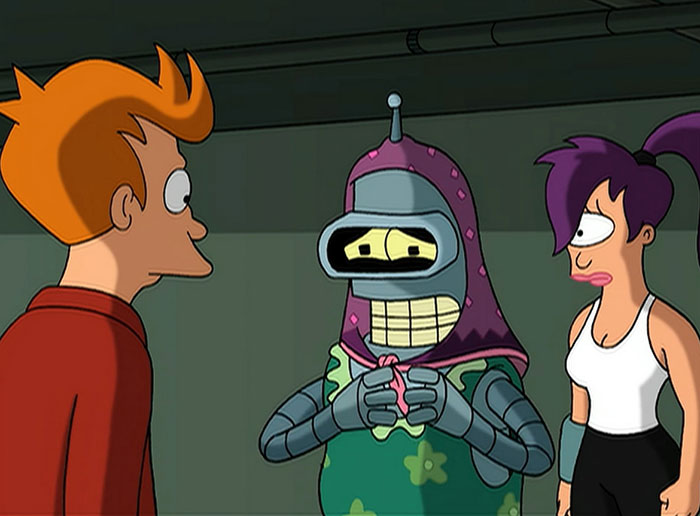 The Olympics draws out enough national pride for Jamaica to ask former Olympian limbo ace Hermes to come out of 20-year retirement when the rest of the national team gets detained for less-agreeable national pastimes.

Hermes shows that he isn’t what he once was. This hidden gem shines in what never was. Bender fakes a sex change as Coilette from Robonia to win five gold medals in bending competitions.

The rouse routes to reality when an engine oil sex check threatens to void Bender’s success. His journey into womanhood —  complete with romancing Calculon — is as hilariously wrong as it sounds.

Season 4, Episode 13 lies either extremely ahead of or behind the times. Easy laughs await those who won’t take easy offense to this literal gender Bender.

Most Valuable Punchline award:  Bender: “I marry Calculon, divorce him, take half his money, and turn back into a guy. It’s sort of a two-person pyramid scheme.” Fry: “That’s marriage for ya!” 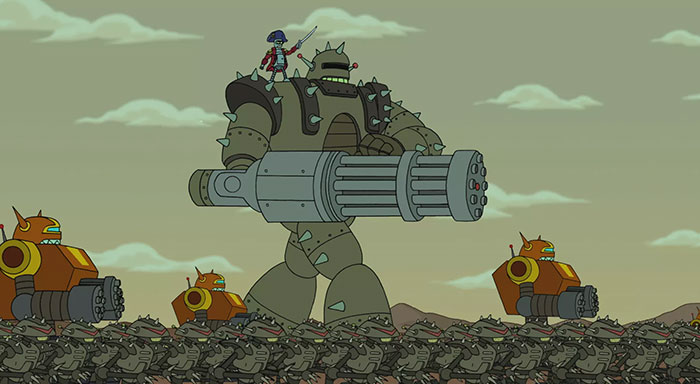 Futurama’s wheelhouse resides where wackiness intersects with surrealism and pop culture. Nobody thinks of the show as a political punchline powerhouse on par with a peer like South Park.

Season 7, Episode 3 steered from normality in a much different way by poking fun at politics.

“Decision 3012” parodies the Birther Movement of conspiracy theorists believing President Obama was born in Kenya and doesn’t have a United States birth certificate.

Fictionally, Senator Chris Travers travels back in time as the candidate to stop President Nixon from winning the election and subsequently ruining everything.

President Nixon accuses his re-re- election opponent of being an alien since Chris Travers is an alien-sounding name.

Travers overcomes the baseless accusation and wins when Nixon makes himself seem too stupid, but the victory means the future wasn’t ruined, so he never had a reason to go back in time.

Everything remains the same in an ultimate twist on shows usually jumping the shark when time travel gets introduced. Solid politics, joke setups, and time travel. Whaa?

Most Valuable Punchline award: Leela: “Who wants to help me break into the hospital in Kenya?” Fry: “I’ll come, as long as there are no xenophobes there”